12 Cold Destinations in Southeast Asia for Your Next Getaway

August signals the impending end of summer vacation. The sweltering heat gradually fades and the gentle, cooling breeze of autumn replaces it. Unless of course, you live anywhere near Southeast Asia. Then every month is just another month in the year of a never-ending summer.

Since it’s always hot and humid around here, escaping to cold and faraway places is such a novel experience. Usually, this means travelling to countries that have four seasons, be it in Europe or East Asia. But did you know that there are destinations within Southeast Asia itself where you can travel to for a cool vacation? 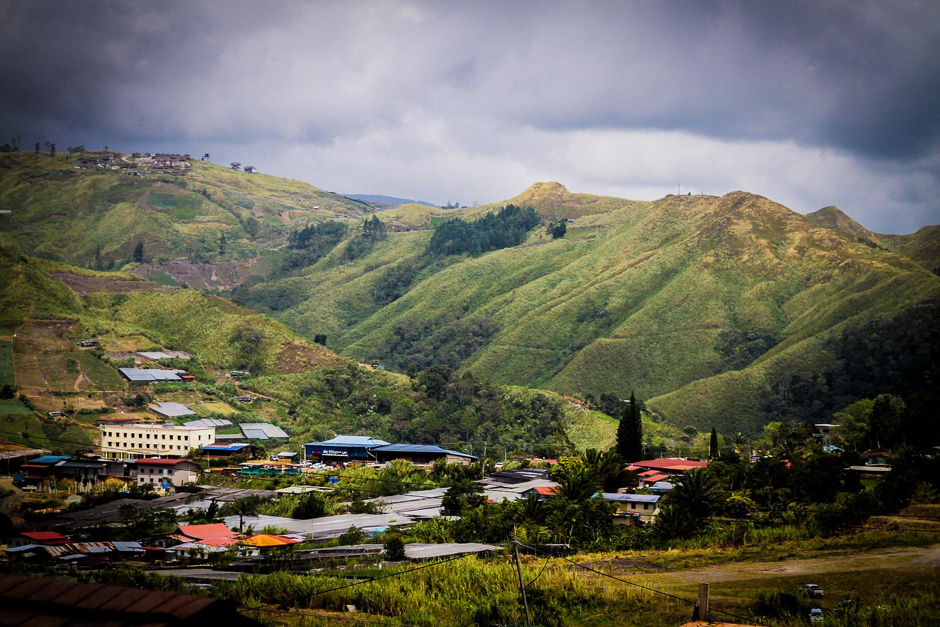 Nestled in the luscious green hills of Sabah and lying 6km away from Mount Kinabalu Park is the humble town of Kundasang. Situated almost 2,000 metres above sea level, Kundasang is known to have nightly temperatures as low as 13 degrees, especially in the months of July and August! With such stunning natural scenery and a lovely climate to relax and unwind, it’s no wonder the town is known as the New Zealand of Malaysia! 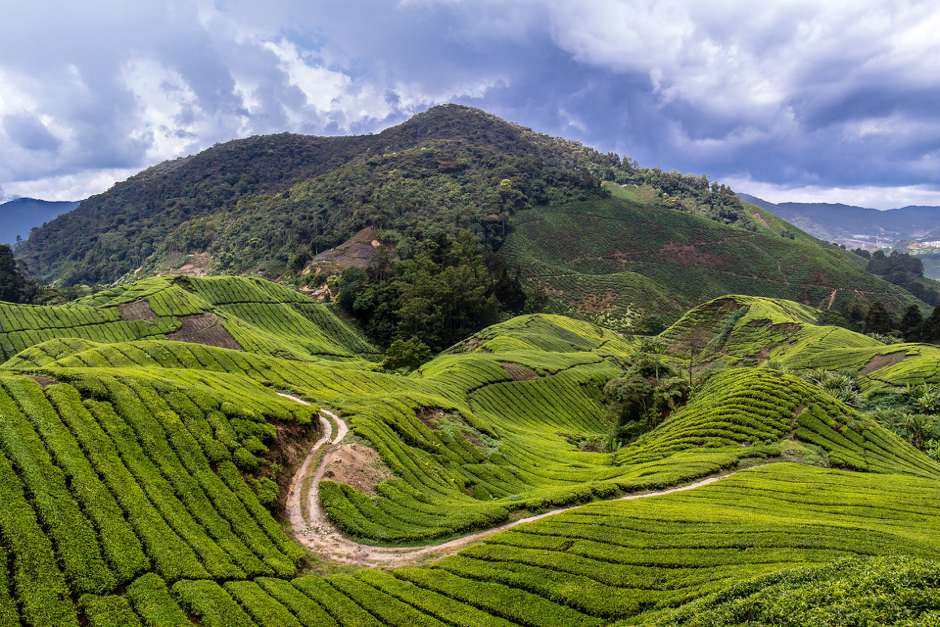 Cameron Highlands is one of the all-time favourite getaway destinations for the locals in Malaysia. With spring-like weather all year round, Cameron Highlands is home to numerous beautiful organic farms and tea plantations. Surrounded by natural scenery, Cameron Highlands is a great place to have a leisurely stroll amongst nature, pick strawberries, and even enjoy some freshly brewed tea while overlooking breathtaking views of the surrounding hills. 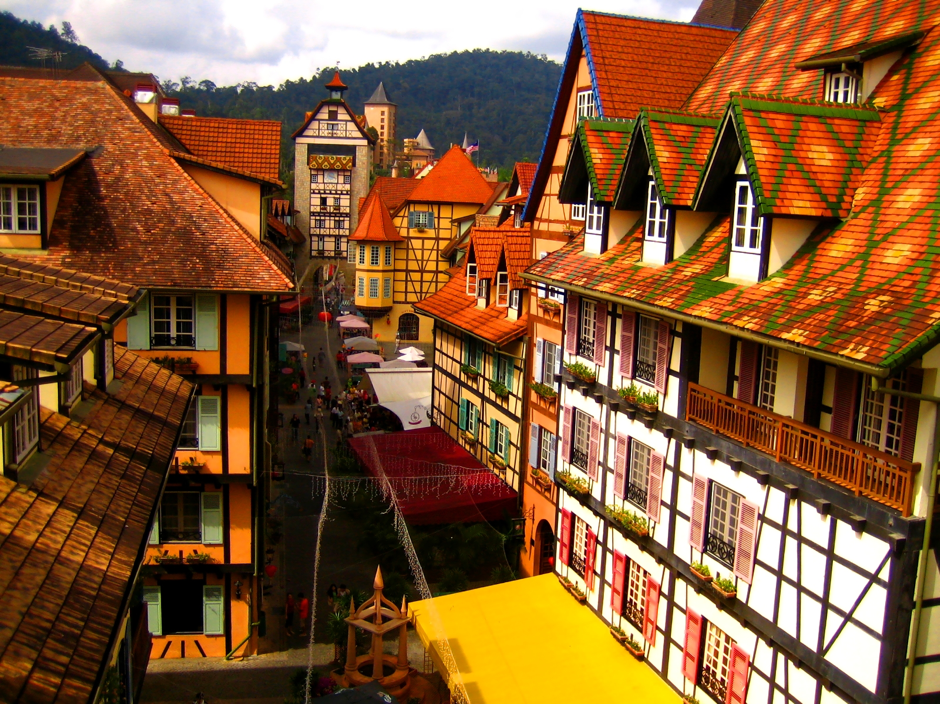 Situated in Bentong, Pahang, Bukit Tinggi is often overlooked by travellers due to it being close to more popular destinations like the aforementioned Cameron Highlands and Genting Highlands. Featuring a French-themed village resort (Colmar Tropicale) and a Japanese-inspired Zen village, Bukit Tinggi is a picturesque destination meant for relaxation and romantic evening strolls. While not as cool as the other places on this list, its average temperature of 25 degrees is still a lot cooler than the sweltering heat in metropolitan cities! 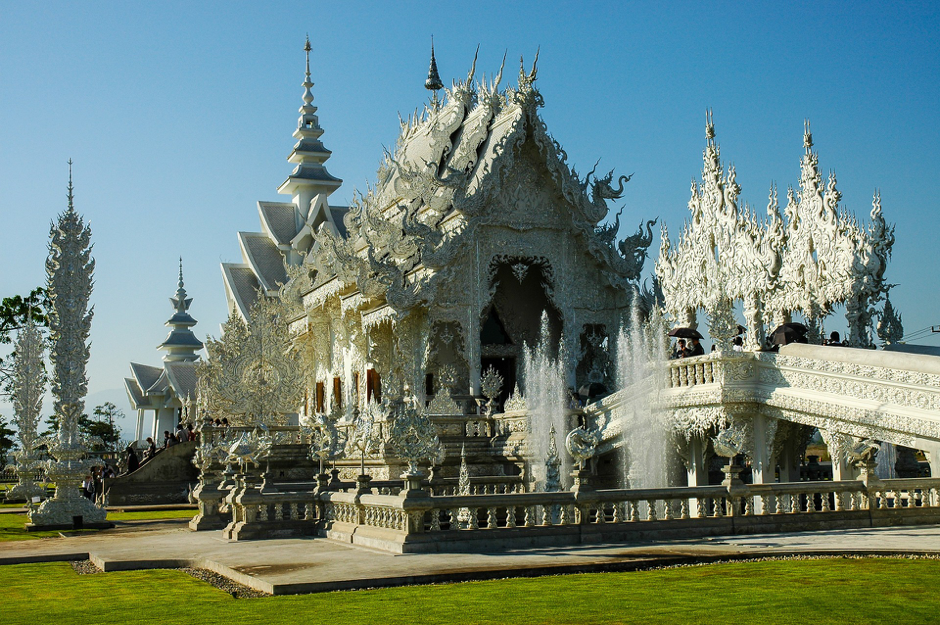 I know, I know, Thailand isn’t exactly a country that’s often associated with cool weather. But I reckon that’s because most of us only ever experience Thai destinations like Bangkok or Phuket. Chiang Rai is a little more off the beaten track and, between the months of December and February, boasts a climate of about 24 degrees.

The peaceful town is home to Phu Chi Fah cliff, from which you can see the most amazing sunrise and ever peer out into Northern Laos and the Mekong River when the skies are clear! Singha Park is another picturesque location in Chiang Rai with beautiful scenery and fun activities all around! Sometimes, it’s definitely worth going off the beaten track, eh? 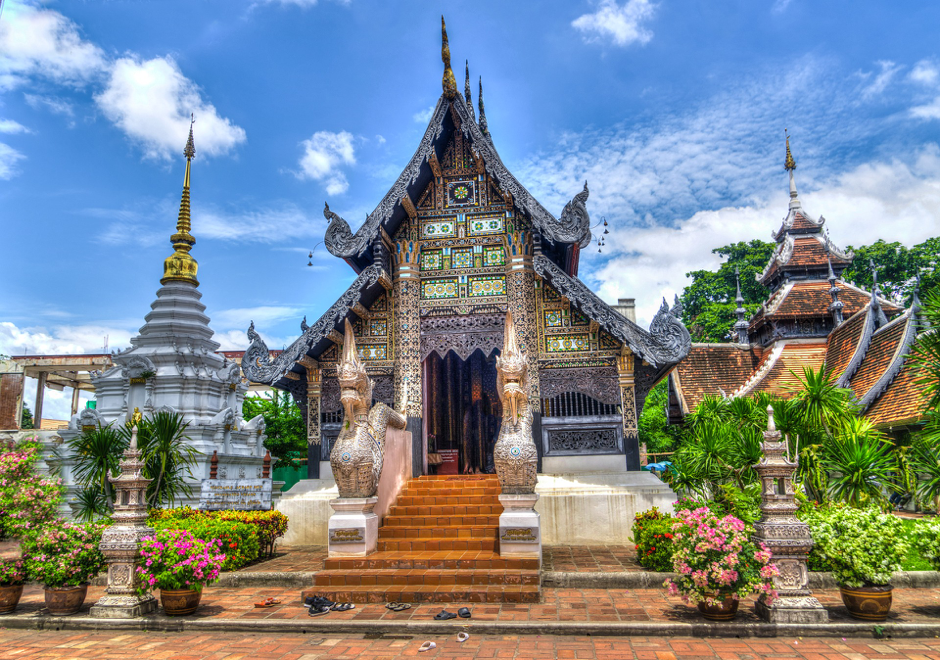 Much like Chiang Rai, Chiang Mai (don’t get confused on the names now) boasts a ‘winter season’ between November and February. While the city is famous for its numerous cultural monuments, it is during the winter months when the city’s natural landscape is in full show.

The Doi Inthanon National Park is home to scores of cherry blossom trees that bloom in early January. Who says we have to head to Japan for beautiful sakura? But if you’re in for a truly chilly experience, hike to the peak of Doi Inthanon Mountain, where the temperature occasionally dips to below 0 degrees! So make sure you go prepared! 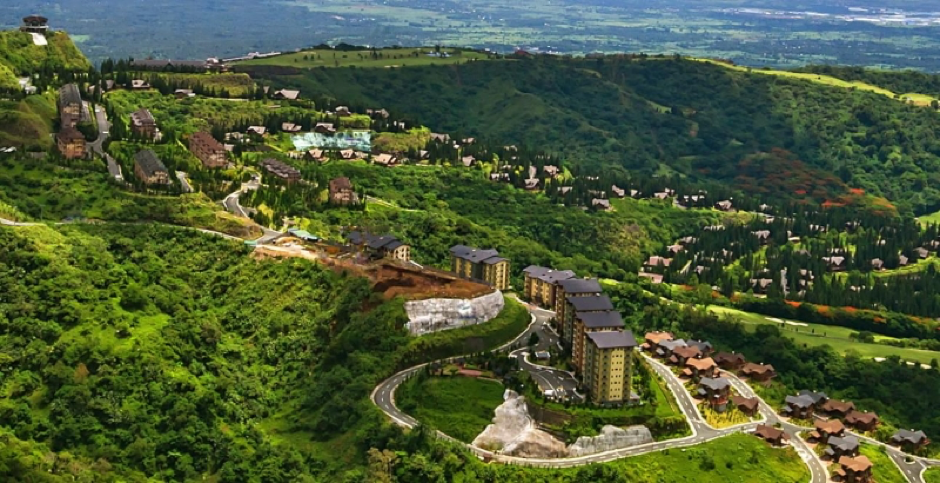 Over in the Philippines, Tagaytay is a city a couple of hours away from the nation’s capital of Manila. With temperatures recording a yearly average of between 22–25 degrees, it is a popular destination for both locals and tourists alike. From mesmerising natural scenery like the Taal Lake and Taal Volcano to its host of exciting leisure activities like forest zip-lining, Tagaytay is a destination not to be missed when looking for a (literally) cool place to travel to! 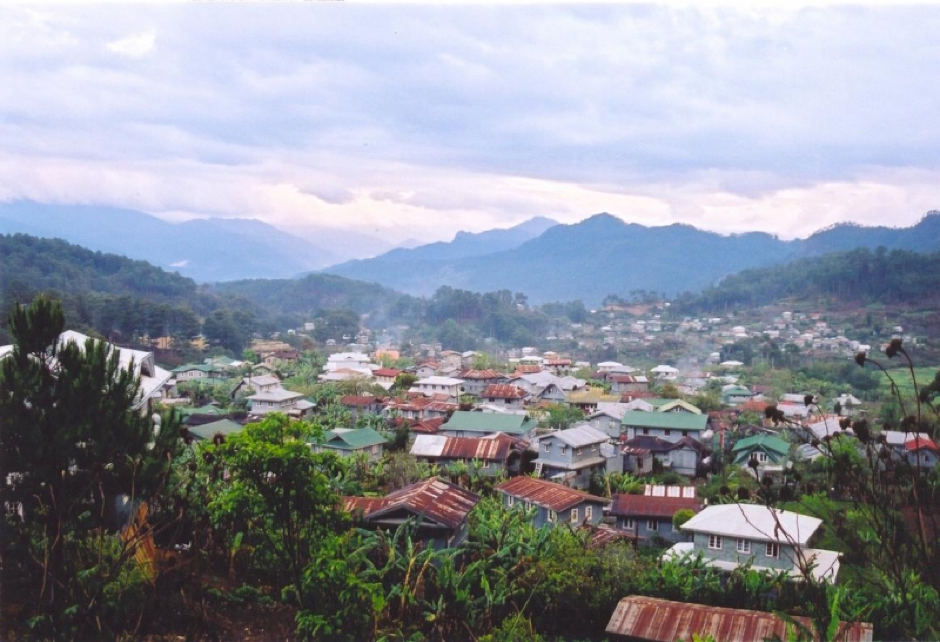 The mountain province of Sagada is situated high up in the Cordillera Mountains, with temperatures averaging about 20 degrees year-round. Sagada is a blend of true indigenous culture, majestic nature (check out the rice terraces and the limestone formations of Sumaguing Cave) and age-long tradition (don’t be spooked by the Hanging Coffins found on the cliffs outside town)! While travelling to Sagada might prove quite a challenging journey, it is certainly worth the hassle! 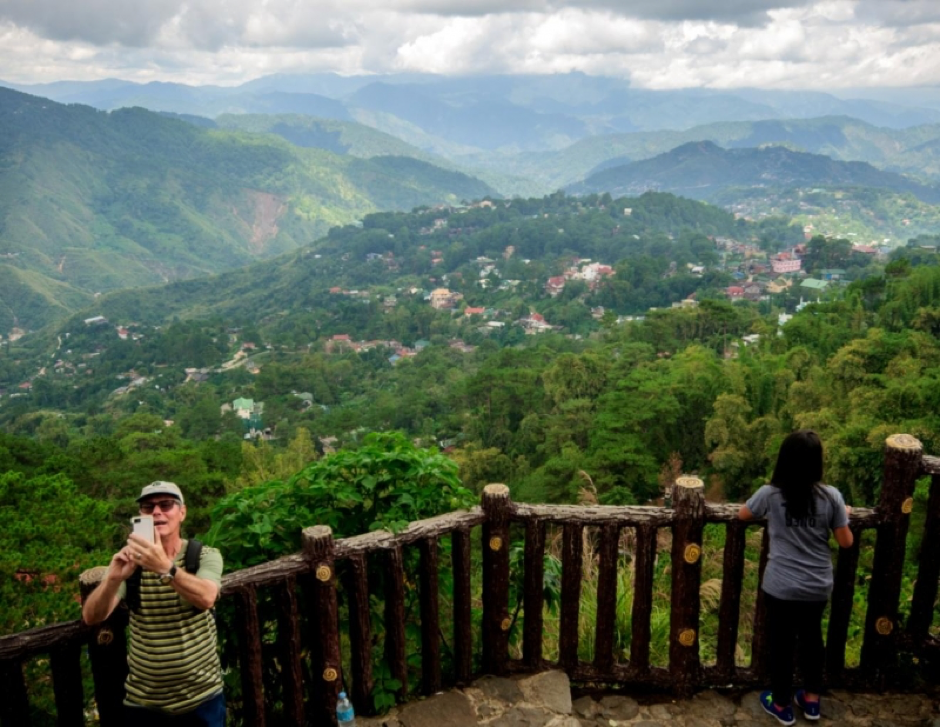 Most people know that Manila is the capital city of the Philippines. But did you know that Baguio is known as the summer capital? That’s because of the city’s daily temperature averages between 18–20 degrees! Baguio city is a city of the arts, playing host to the annual Baguio Arts Festival and featuring beautiful artistic works and architecture, in addition to natural wonders like Mt. Cabuyao! February is the best time to visit as it is also during this time when the city holds its Panagbënga Festival, an annual flower festival and fiesta! 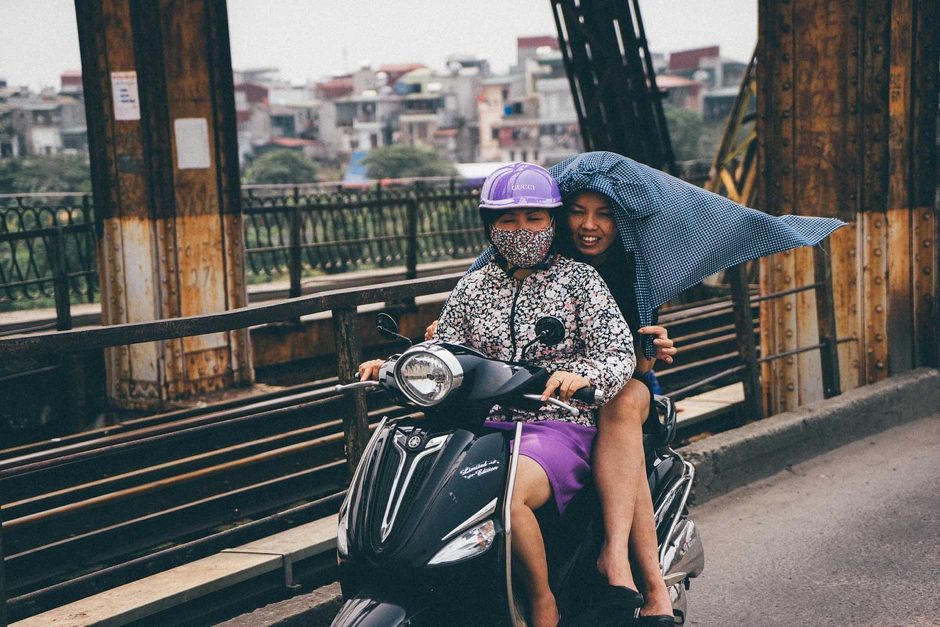 One of the top destinations in Southeast Asia, Hanoi is the capital of Vietnam and one of the most atmospheric cities in the region. Known as the ‘Paris of Asia’ for its charming yet quaint ambience, delicious baguettes and aromatic coffee, the city’s temperature plunges to the low 20s between December and February, making it ideal weather to visit the many cultural locations and scour the streets for delicious street food. And needless to say, a trip to Halong Bay in this weather is an experience not to be missed!

We move from the popular city of Hanoi to the more rustic rural charms of lesser-known Sapa. While tourism has enabled the town to develop quickly in recent years, the true charm of Sapa lies in its outskirts. It is northern Vietnam’s premier trekking hotspot, offering lush greenery and the chance to live amongst the hill tribe minorities as they go about their daily lives. The average temperature here reaches extremely low levels during the winter months so if you’re looking for cold but not freezing-my-eyebrows-off cold, plan your visit between March and May. 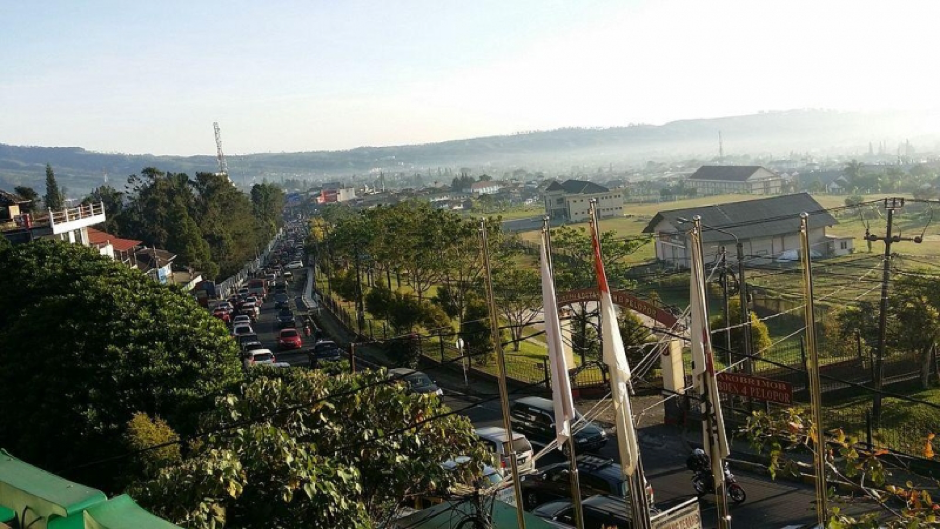 Don’t let the name fool you, Cipanas’s maximum average temperature year-round is only 25 degrees, definitely not as… panas (hot)… as the weather in most parts of the region. Given the nickname Kota Bunga (Flower Town), Cipanas is home to lovely sights of blooming flowers and is famous for its sulphuric hot springs! Due to its connection to Indonesia’s colonial past, you’ll notice that Cipanas gives off the vibe of a quaint European town amidst gushing streams and bubbling lakes, giving you the illusion of being in Europe in the middle of spring when you visit. 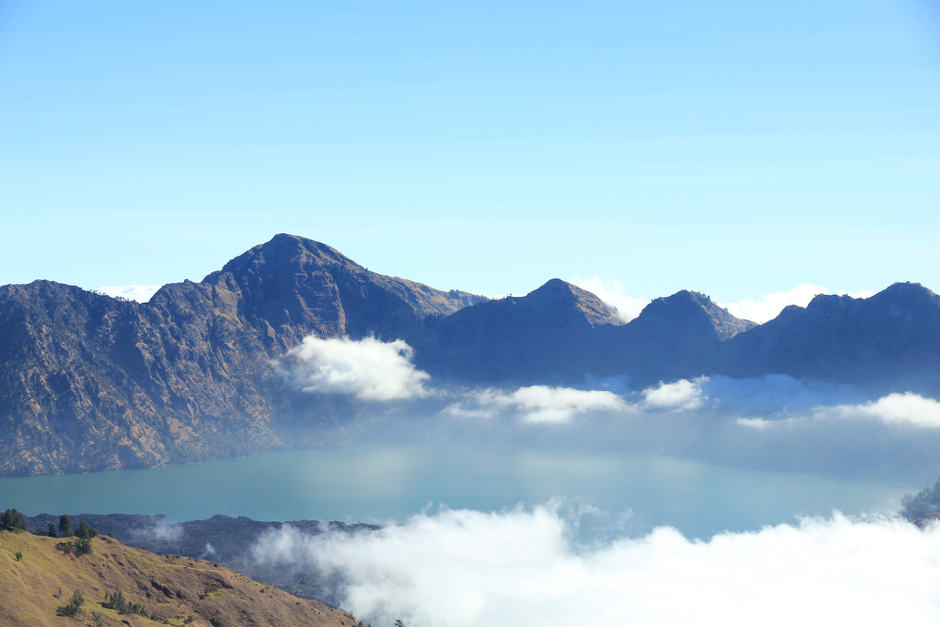 Much like Bali, Lombok Island is generally known for its pristine beaches and crystal-clear waters. However, located on Lombok is Mount Rinjani, the second highest volcano in Indonesia. This is not for the faint of heart as the hike to the peak takes an average of at least two days and the temperature drops below 10 degrees at night! Sure, the hike sounds like a harrowing task but the view from the top will be well worth the climb. Apart from hiking, you could also take a stroll and visit the numerous waterfalls and local villages around the area for a less tiring yet equally fulfilling getaway.

A little winter close to home

And there you have it, everybody! Next time when you’re thinking about how to escape the infernal weather of Southeast Asia, you don’t have to think about expensive trips to places halfway across the world! Just look at your doorstep and find some of the best locations for a getaway and to get away (see what I did there?) from the immense heat!