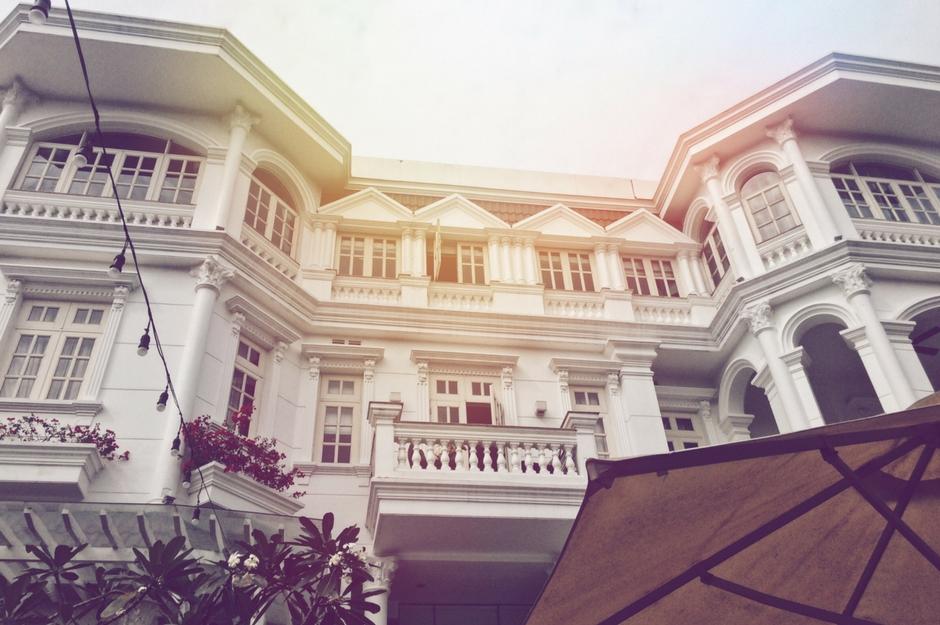 Ho Chi Minh City in Vietnam is the embodiment of an up-and-coming Southeast Asian city. The city’s establishment only began in 1986 when its Doi Moi economic renewal campaign was launched, but Ho Chi Minh City has since shaped itself into a destination that’s true to its culture while welcoming in tourism.

The once war-torn Saigon – renamed unofficially to Ho Chi Minh City in honour of their late leader – is well on its way to becoming like metropolitan giants Bangkok and Kuala Lumpur, so catch it now before you miss out on the city’s natural charm.

The best time to visit: When the weather is warm, from December to April. You’ll do a lot of walking, so try to avoid the wet months between May to November.

Town is only ten minutes away from the Tan Son Nhat International Airport, which means you won’t spend an hour getting to your actual destination from the airport – depending on your priorities, you can use that as an opportunity to get more sleep or extra time in the city.

District 2 is the more upscale centre where expats reside, prompting the rise of international schools, expensive restaurants and mini marts where you can get imported food. Head over to District 1 to find the best street food – wear comfortable walking shoes and make sure your waistbands are elasticated! 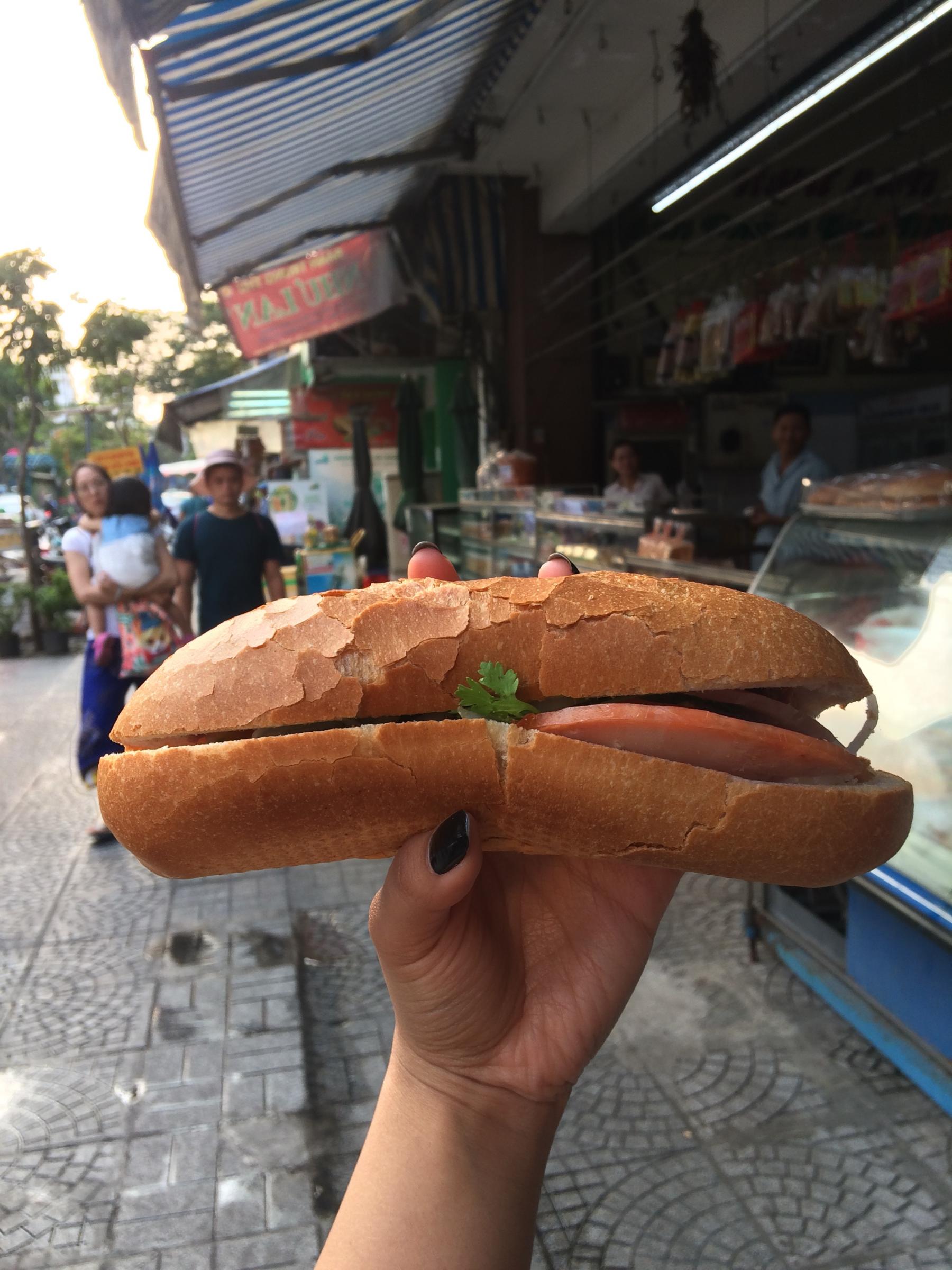 The first of our many Banh mi sandwiches

Bahn mi in Vietnam is a must – crusty baguettes stuffed with sliced meat, zingy pickes and smothered with chicken liver pâté. You’ll find these sandwich stalls on nearly every street, but if you’re after the ‘Lunch Lady’ made famous by Anthony Bourdain, take a taxi to the Saigon Zoo and Botanical Gardens and walk about five minutes. (Exact addresses aren’t much help in Ho Chi Minh). The Lunch Lady’s stall has a daily rotating menu and closes at 3.30pm. 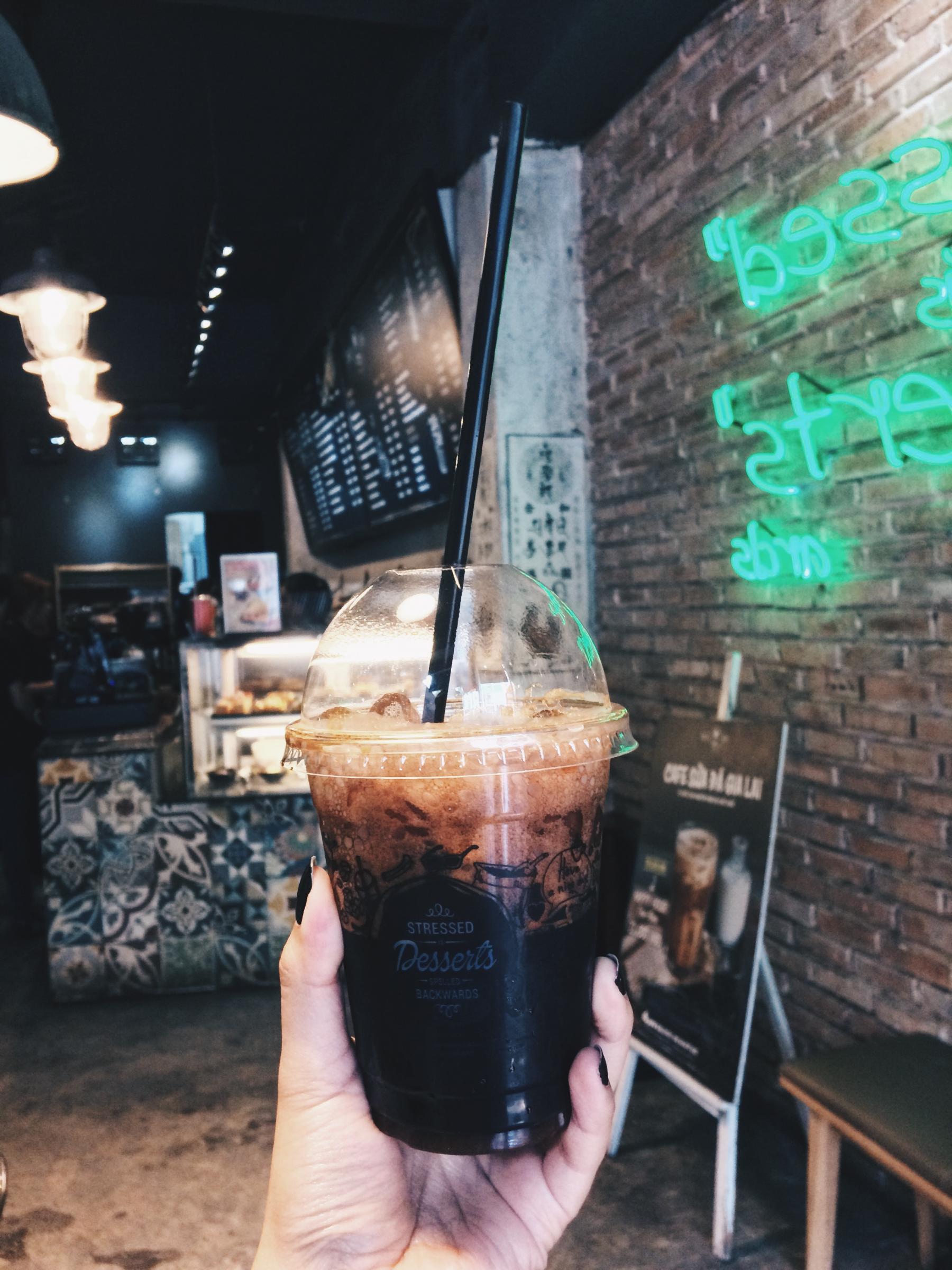 And don’t leave without a coffee stop. Coffee is everywhere, specifically Vietnamese iced coffee, sweetened with condensed milk and sometimes thickened with egg yolk. Known locally as cà phê đá or café da, it’s the drink you never knew you needed in your life. This stuff will keep you up at night. If you’ve got early sight-seeing planned for the next day, limit yourself. Look out for Katinat – there are a number of outlets all over Ho Chi Minh City. You’ll smell it, and spot it easily by the all the locals seated in and outside of the shop on tiny, short-legged chairs. 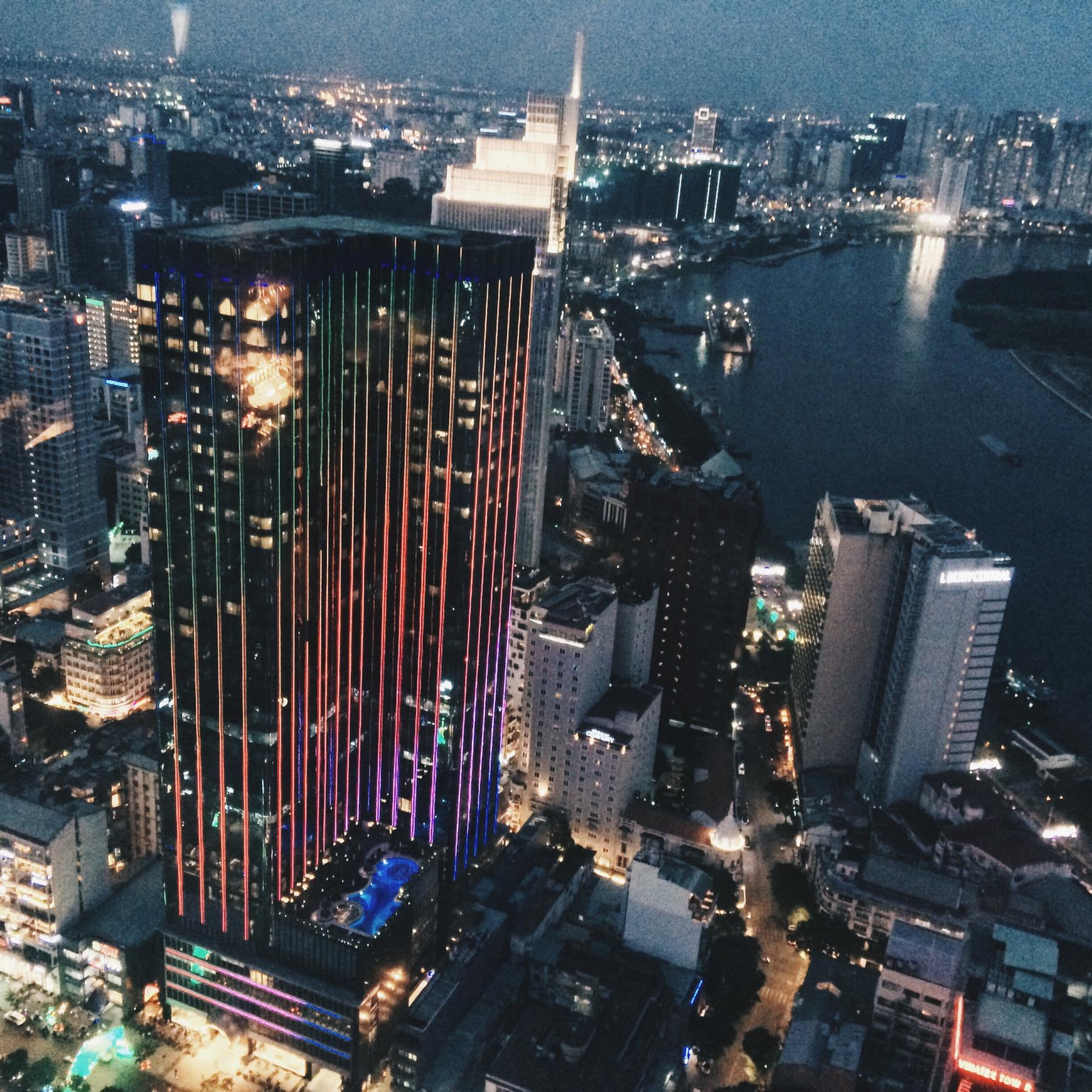 The view from Eon Heli Bar

When you’re full to the brim with food and caffeine, pay USD8 and head up to the 47th floor Saigon Skydeck in Bitexco Financial Tower to watch the sunset. It’s a tourist cliche, but for good reason – this is where you’ll get the best view of the skyline and river. Or you can go up to EON Heli Bar on the 51st floor of the same building. You’ll have to order a drink, but the view is just as impressive (and the music more entertaining). 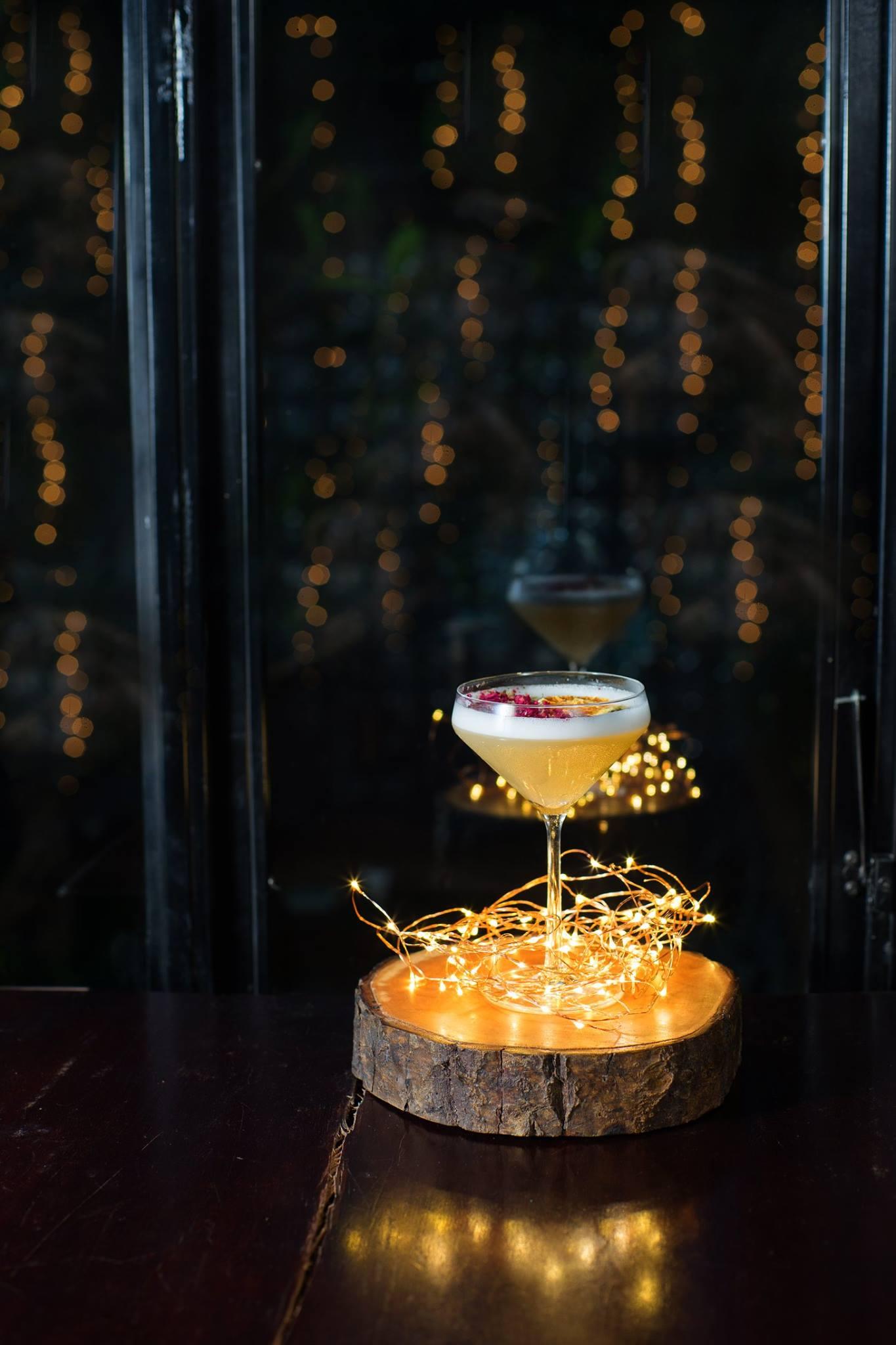 A cocktail at Layla - Eatery & Bar

Not ready to go back to the hotel? Stop for a foot massage (you’ll definitely need one after all the walking you’ve been doing). You don’t need to look very hard for one, and often promoters will come to you to recommend their own businesses. Then wind things up with a drink. There are plenty of bars to choose from and every group of locals, tourists and expats have their own pick. Much like Hong Kong, all the watering holes are a few doors away from each other, in quaint spaces through just a small door. If you prefer some fresh air, find a bar with a balcony that looks over the streets. (We can recommend Layla – Eatery & Bar).

Day 2: Take in the sights 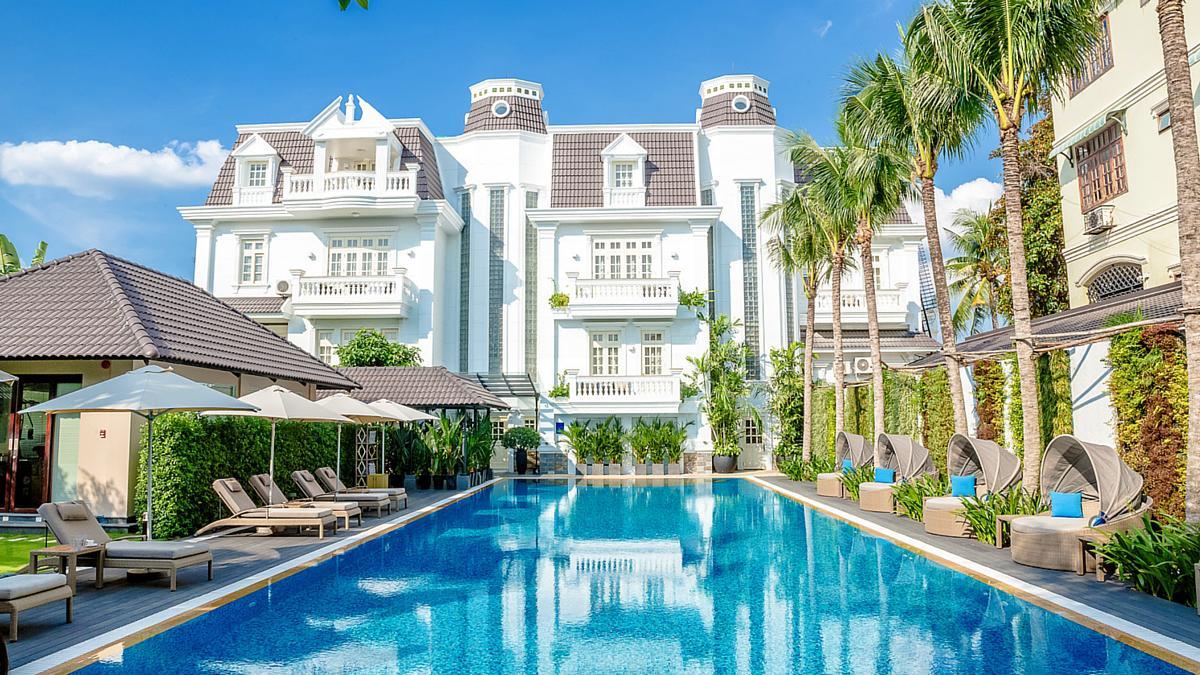 The pool at Villa Song Saigon

Head along to Villa Song Saigon for weekend brunch. Locals, expats from around the district, and guests sit by the pool for a set brunch of fruits, a Western/Vietnamese main course and unlimited coffee.

Then for the sights: war remnants are the bulk of attractions in Ho Chi Minh city. First, there’s the Cu Chi Tunnels, a trip that will take you an hour by car from the main city. These tunnels (over 250km of them) were used by the Viet Cong (the communist-led army) in the 60s to fight American soldiers. Things get very emotional, and if you have a serious fear of small spaces, you might want to give this a miss.

If you are keen on getting a better grasp of the war, pay a visit to the Vietnam History Museum (with exhibits as far back as the 1700s) and the War Remnant Museum and Museum of Ho Chi Minh City. If not, conduct a walking tour of the city to take in the gorgeous architecture. A collection of colonial-influenced gems are within walking distance of each other within District 1 itself. Check off this list of the best buildings around: 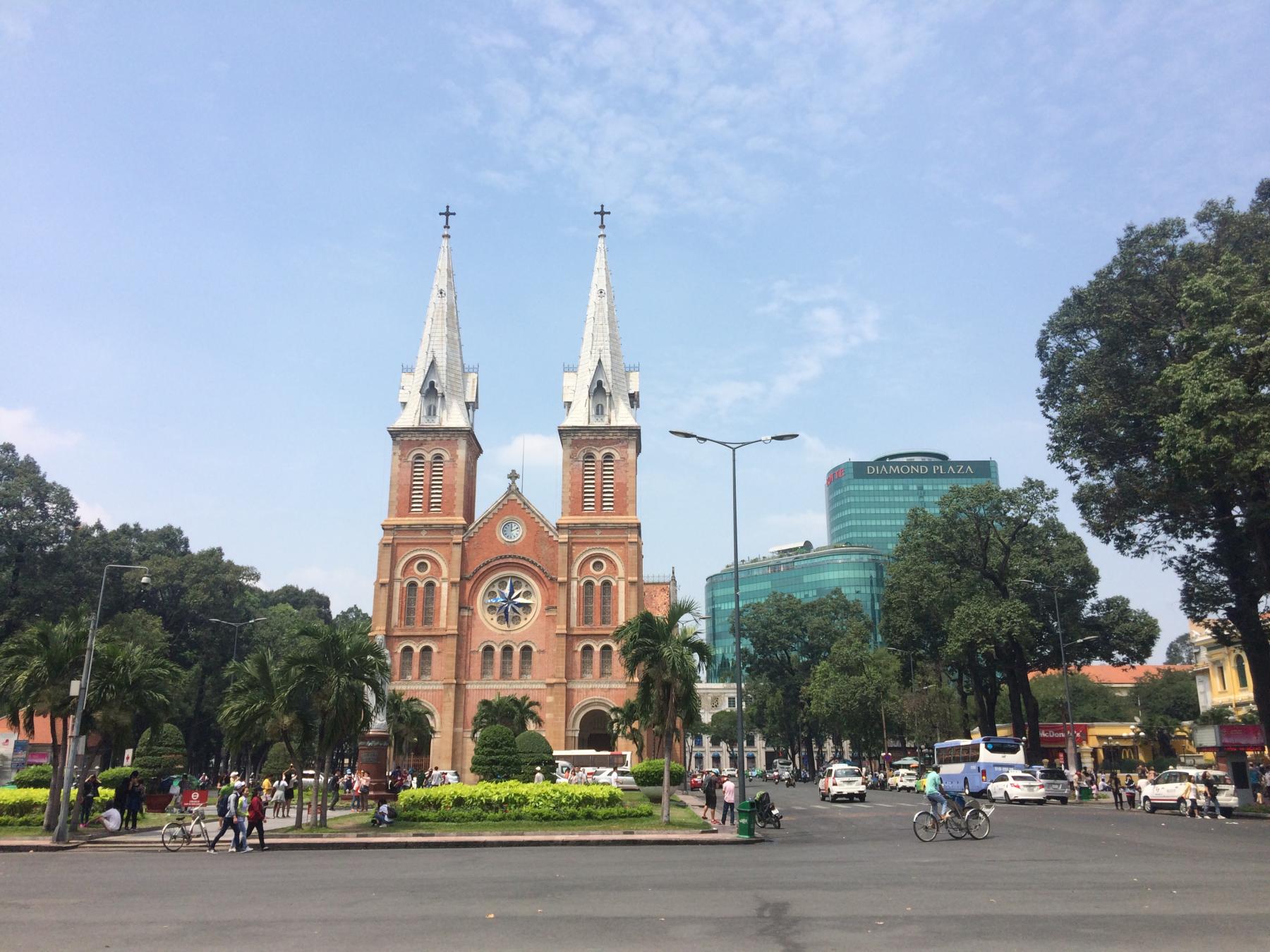 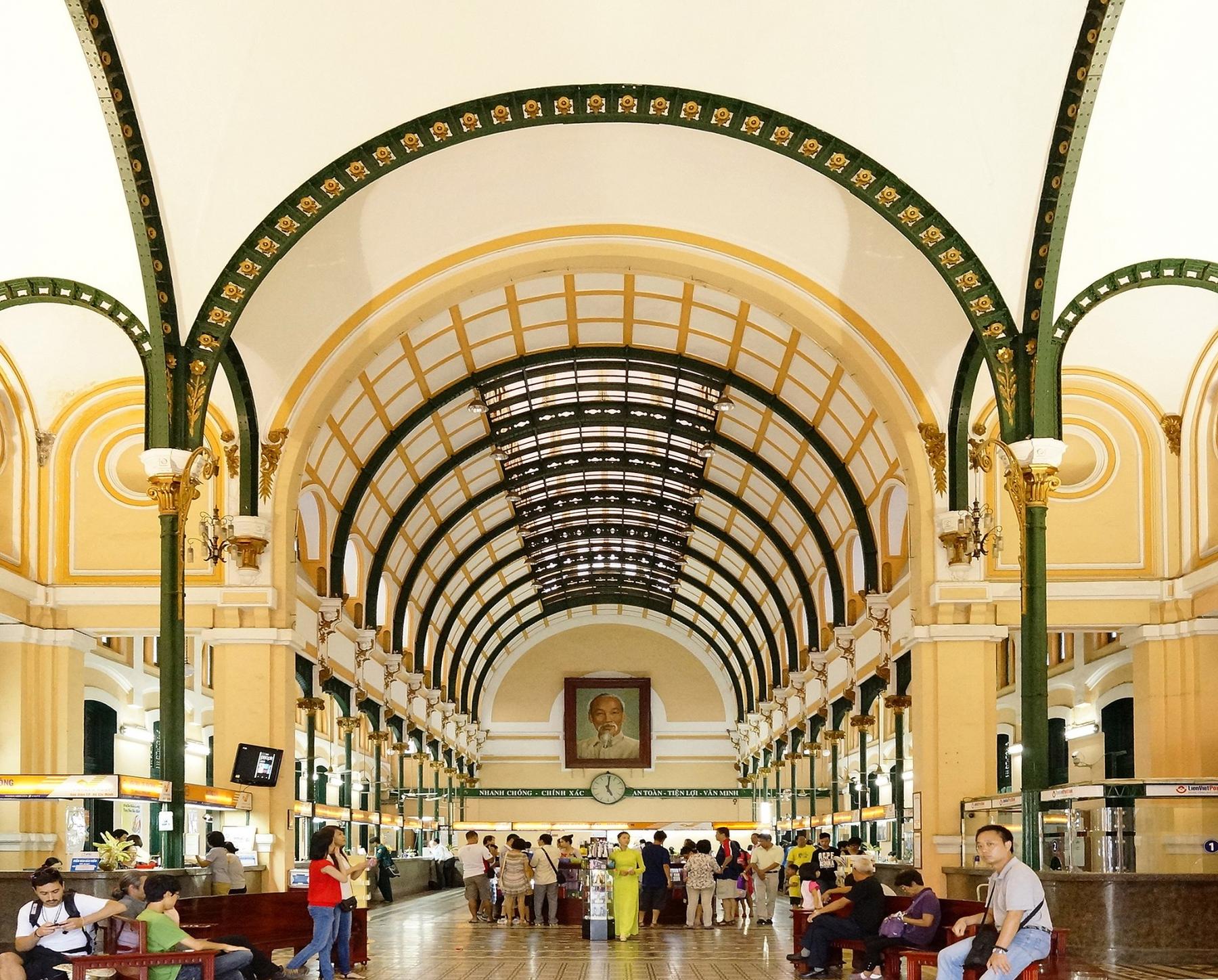 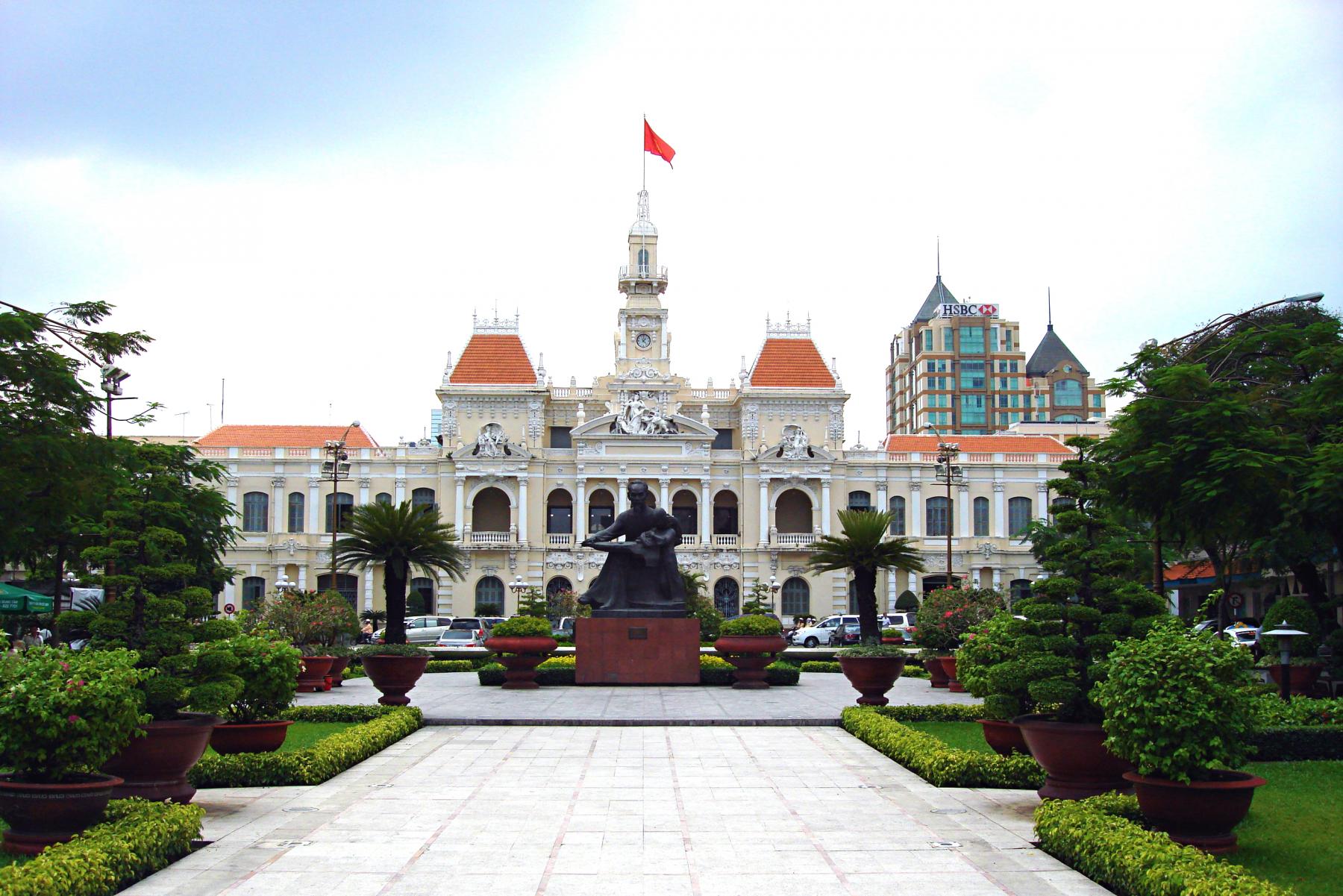 Saigon Opera House: The prettiest photo op of all. 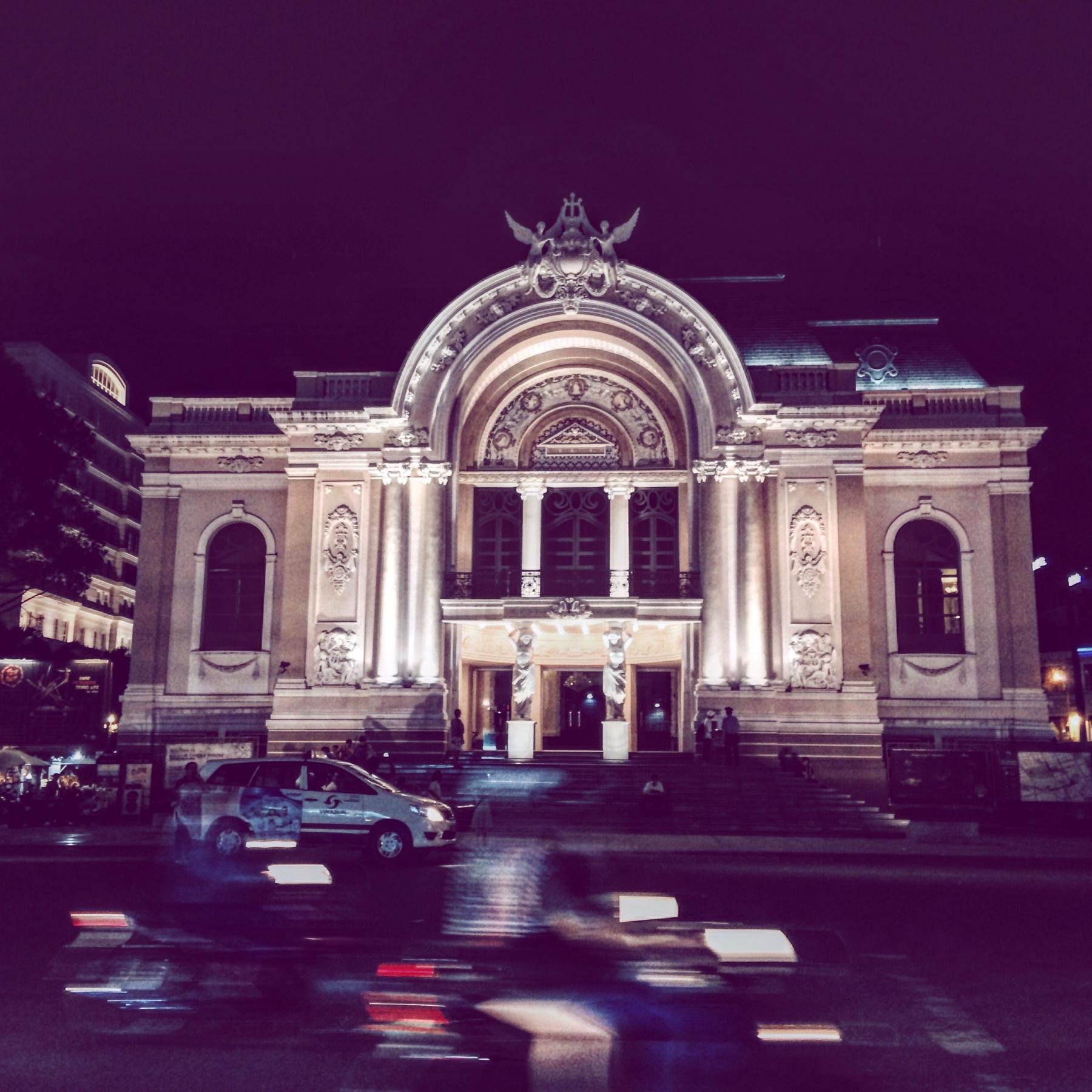 Skip the very touristy Ben Thanh Market and go next door to the Benh Thanh Food Market. It houses a ton of street food stalls, cool graffiti on the walls, long wooden tables and is both clean and reasonably priced. 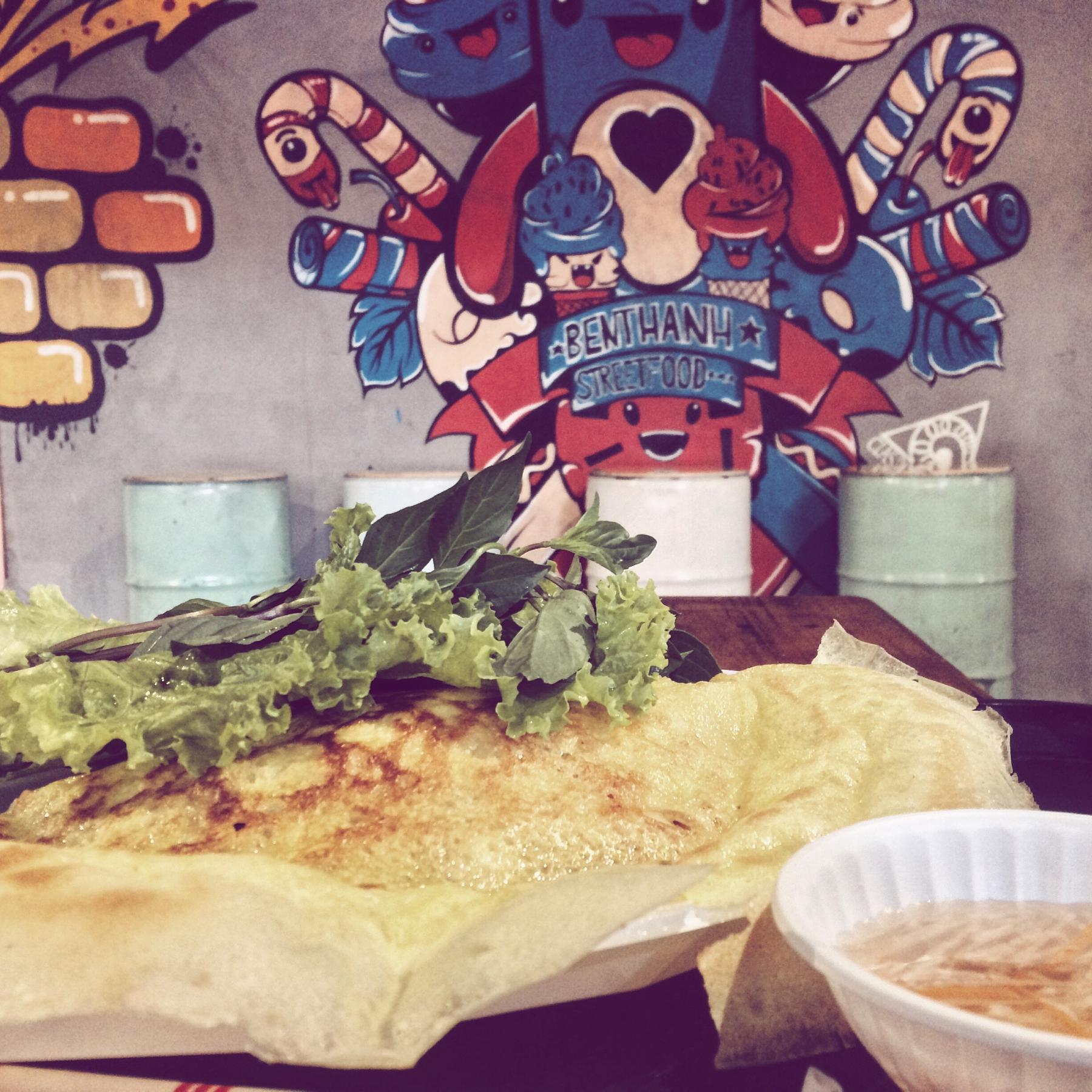 On the other dining scale, try Trois Gourmand. It’s a charming restaurant housed in a colonial villa, and is definitely a lot more luxurious than eating banh mi on the street, but still affordable: you get a five-course French meal for USD40, complete with house-made cheese.

One more Banh Mi in for the airport journey and we were ready to call it a trip.