< Itineraries
Credit: The Luxe Nomad
May 2018

You have to hand it to the Kiwis, whilst they may be located in a remote corner of the earth, literally, everyone has heard of them. Whether it’s because of their superior All Black rugby team (and their goosebump-inducing warrior Haka performances), or the ethereal beauty that led to its casting as Middle Earth, New Zealand is now one of the top destinations to visit in 2018. Over 3.5 million visitors travelled to New Zealand in 2016, nearly overwhelming its own population of 4.5 million. The tourism swell expects to see 4.5 million visitors in 2022, so you might want to beat the hordes before it gets too crowded. But what exactly should you see? We’ve got the ultimate New Zealand bucket list road trip for you!

Hang out at Hot Water Beach 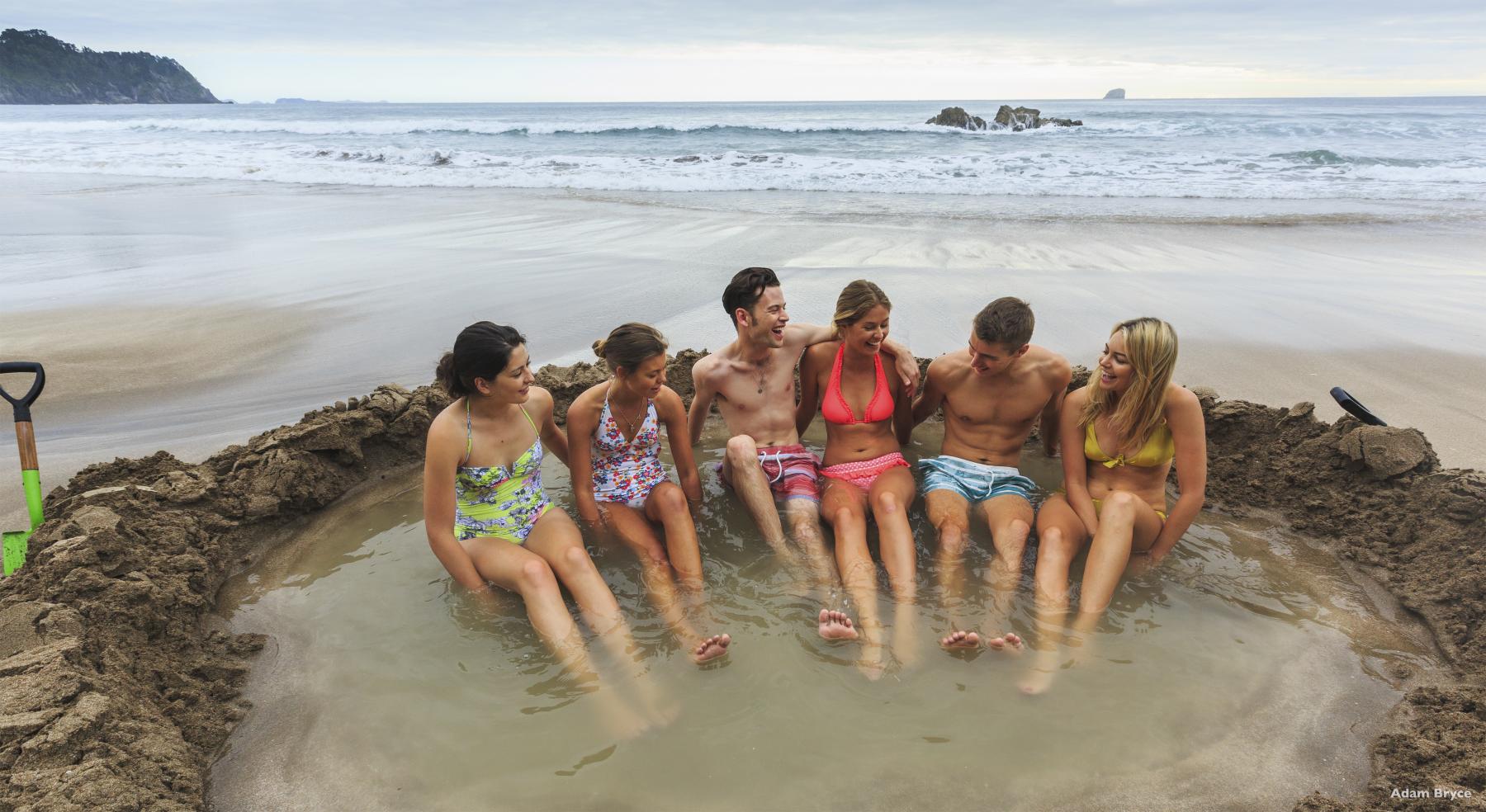 Driving from Auckland, take the scenic coastal roads to Hot Water Beach on the Coromandel Peninsula. It’s beautiful, and you can create your own natural jacuzzi in the wet sand during low tide. Purchase a spade at the nearby shop or bring your own and set about building a private hot pool with a stunning ocean view. 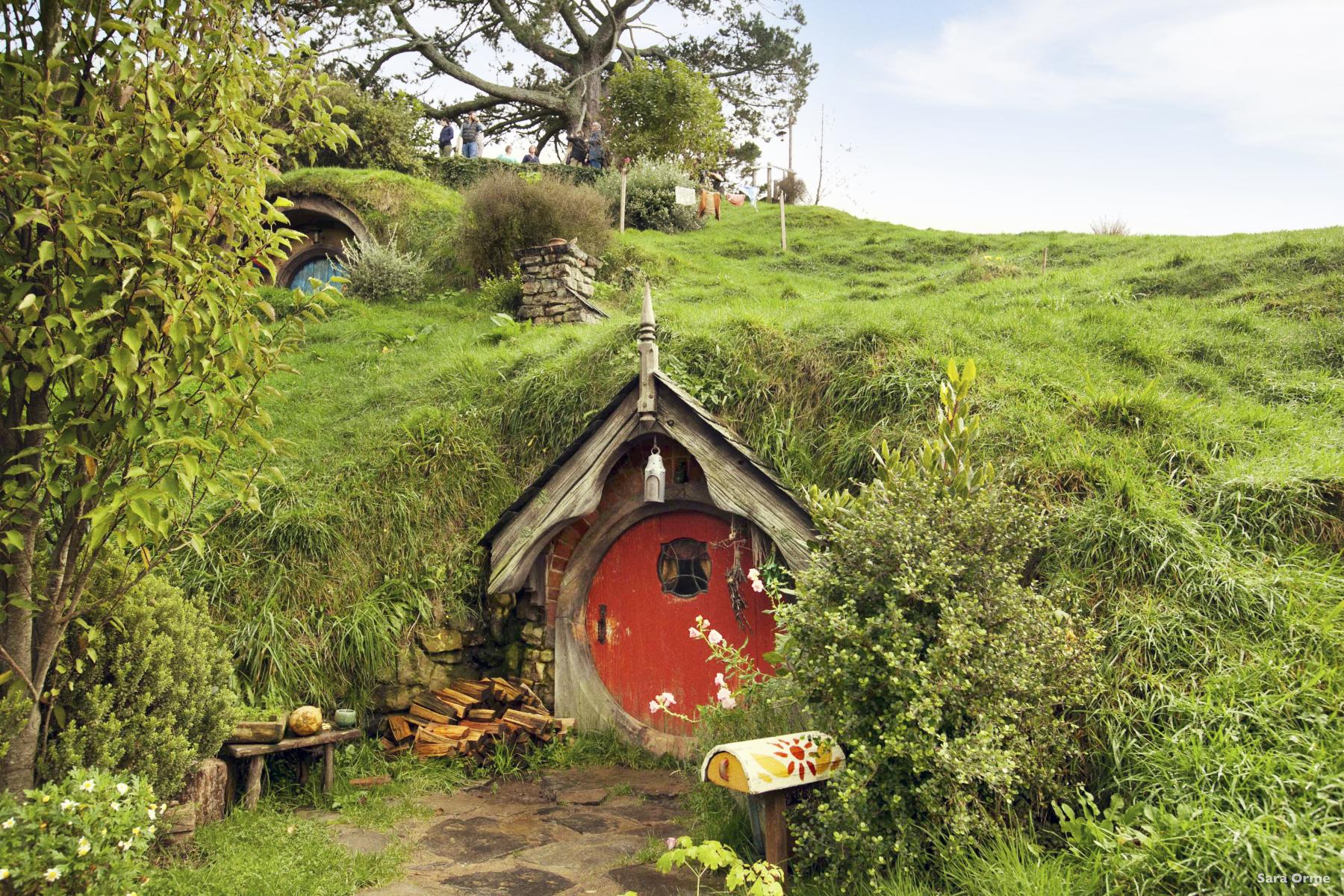 Next up, Hobbiton. You can’t go to New Zealand and not visit the Lord of the Rings set. Set aside a day to head to the Waikato town of Matamata, because even if you’re not a LOTR fan, the Shire and village of Hobbiton will draw you in. 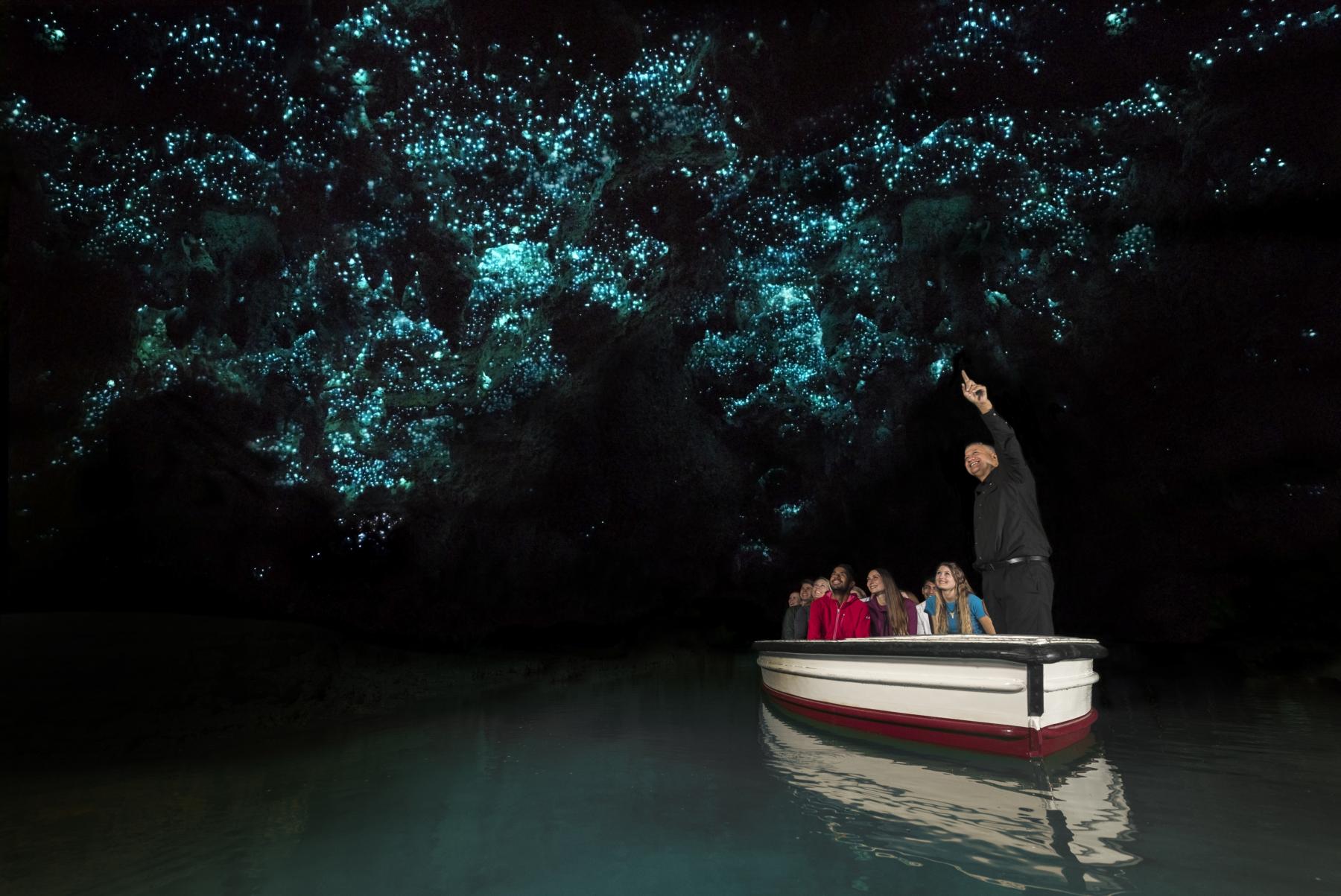 Just an hour’s drive away is the Waitomo Caves, an ancient subterranean world. The glow-worm grotto is one of the most popular attractions where visitors travel by boat into the spectacular cave guided by the light from thousands of unique New Zealand glow worms. 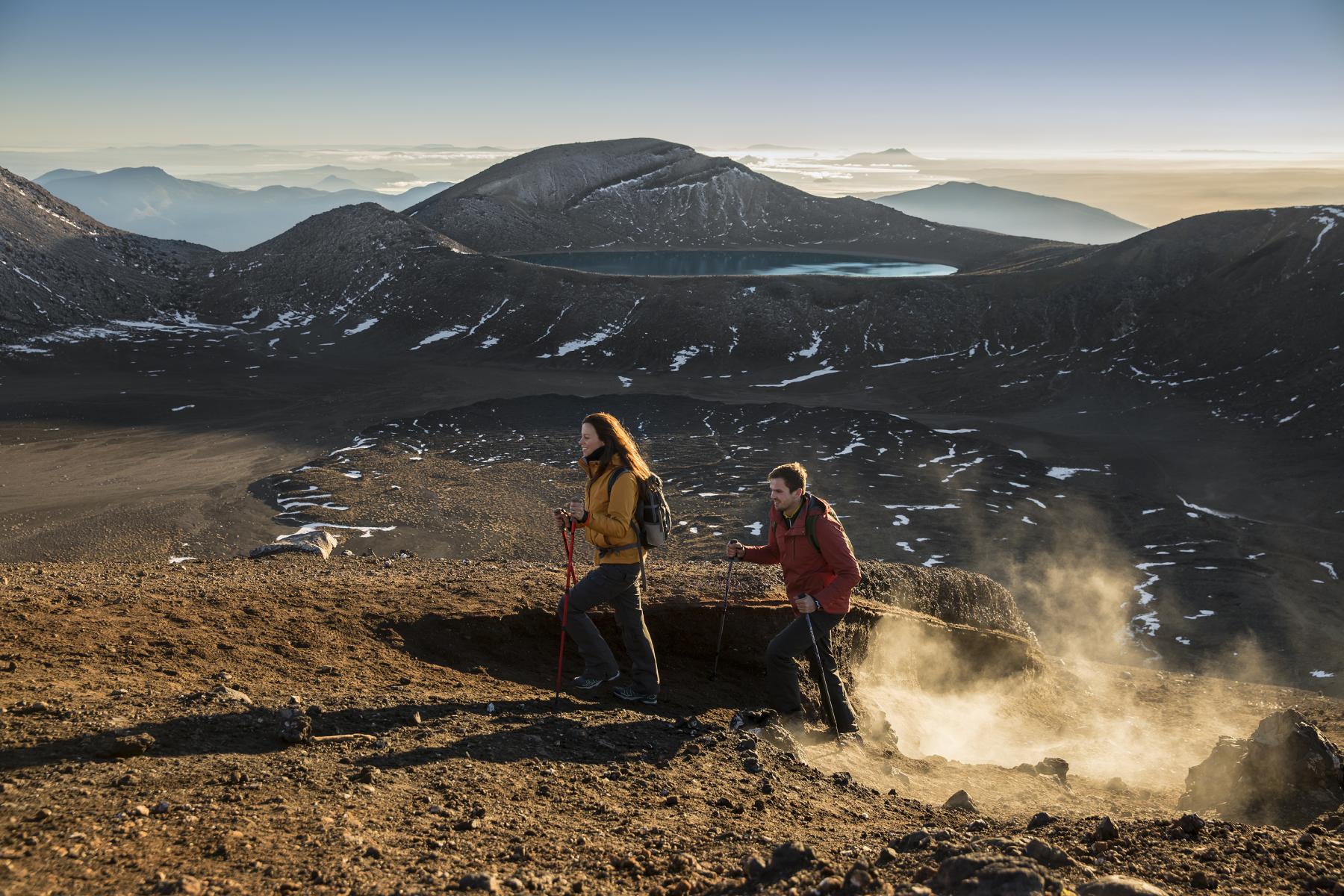 The next day, you’ll want to be up bright and early for New Zealand’s most famous day walk. The Tongariro Alpine Crossing takes in incredible scenery over a nine-hour trek. The Crossing is a 19.4km one-day hike, past Mt Ngauruhoe and over Mt Tongariro, with panoramic views of active volcanic areas and crater lakes in the UNESCO Dual Heritage area. 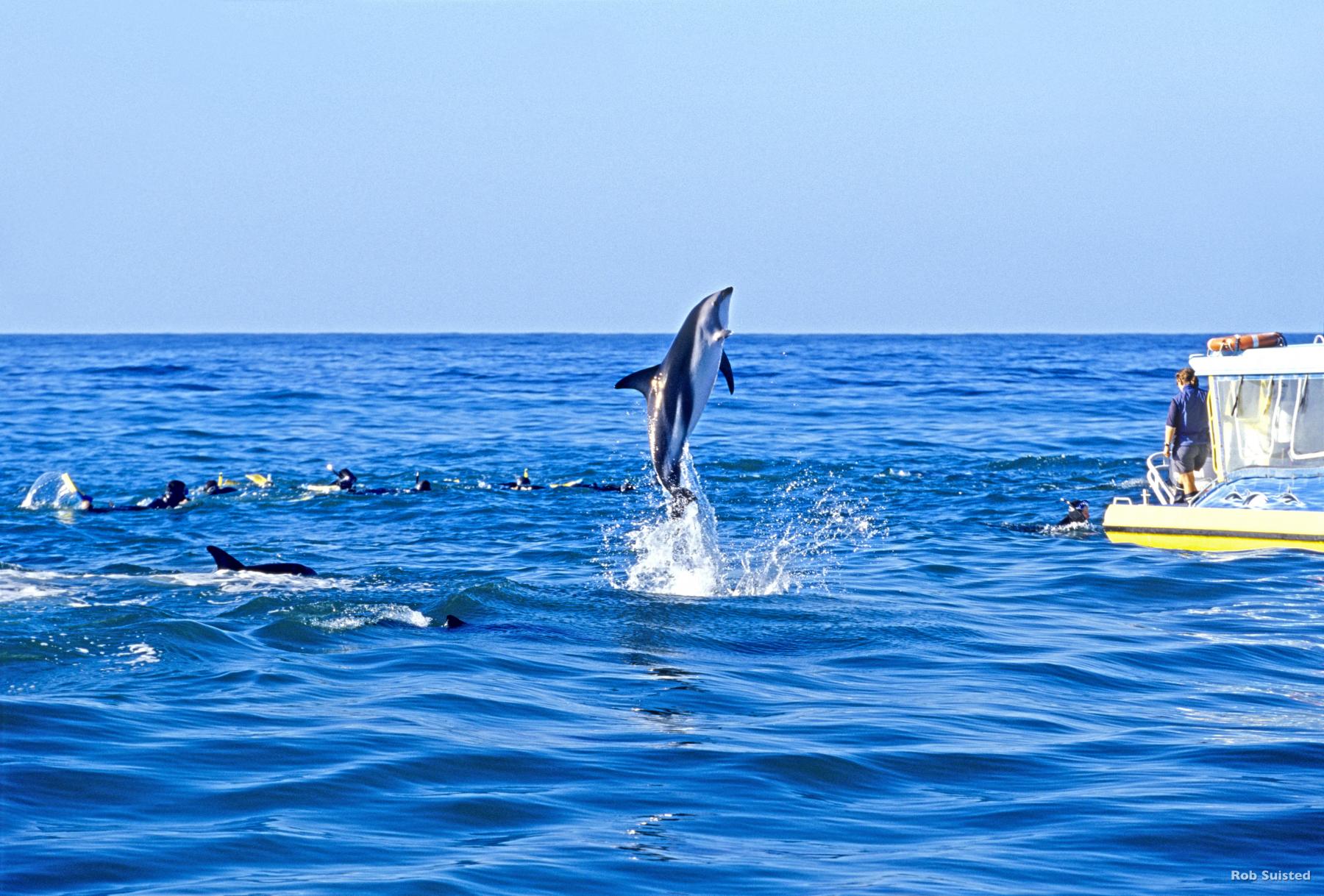 Fly into Kaikoura so you can get straight onto a whale-watching tour. Kaikoura is a year-round whale-watching destination and also renowned for its scenic location, a rugged coastline between the Pacific ocean and the snow-capped peaks of the Southern Alps which provides a dramatic background for the marine life that is often seen close to shore. 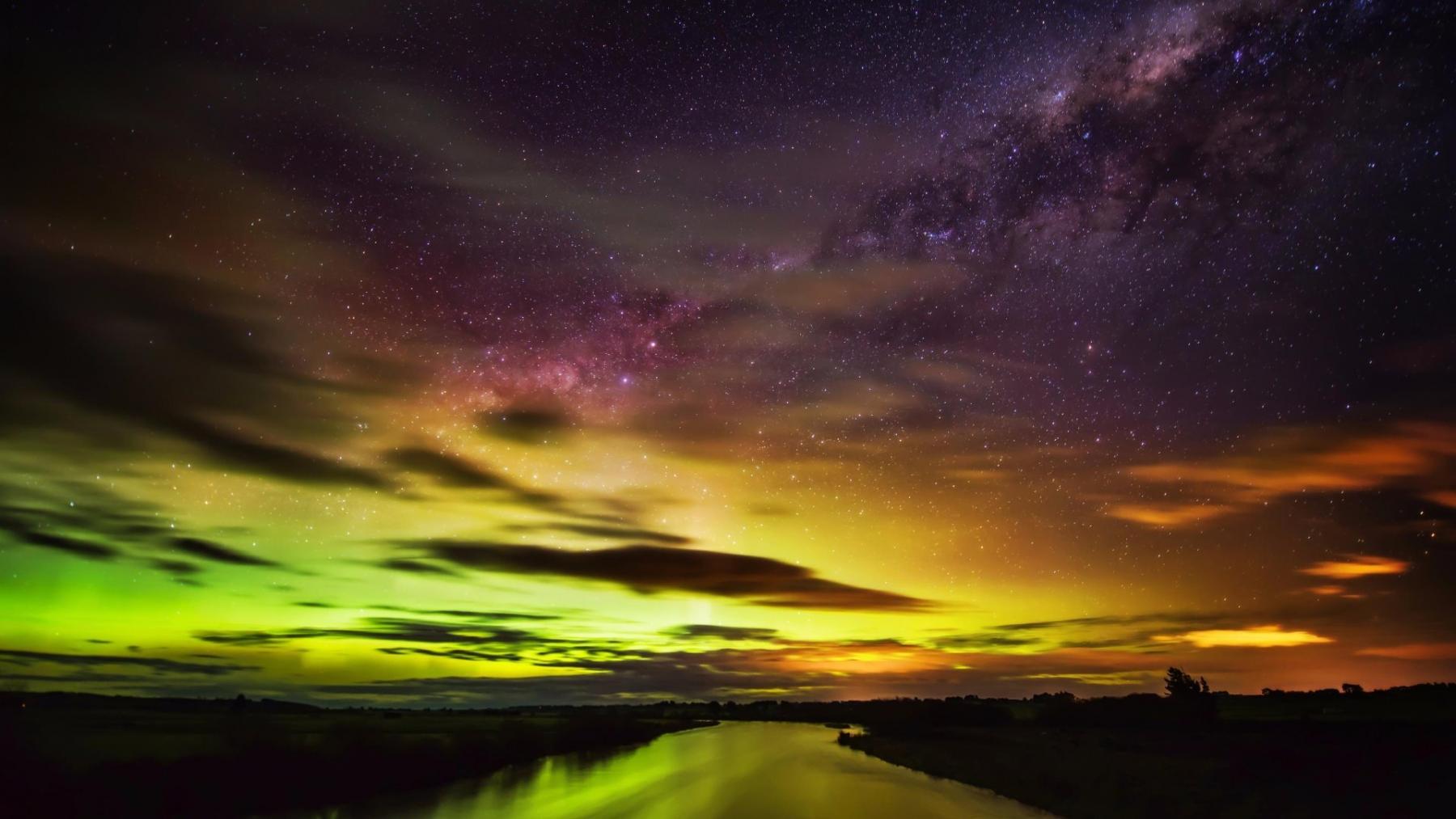 Saddle up for a long drive down to Dunedin – it’ll be worth it though, for the Southern Lights. While the Northern Lights, the Aurora Borealis, are a famous and beloved bucket list item for many night sky watchers, the lesser known Southern Lights are equally spectacular. From Dunedin, the Southern Lights appear just over the southern horizon creating remarkable reflections in the water to the delight of photographers. 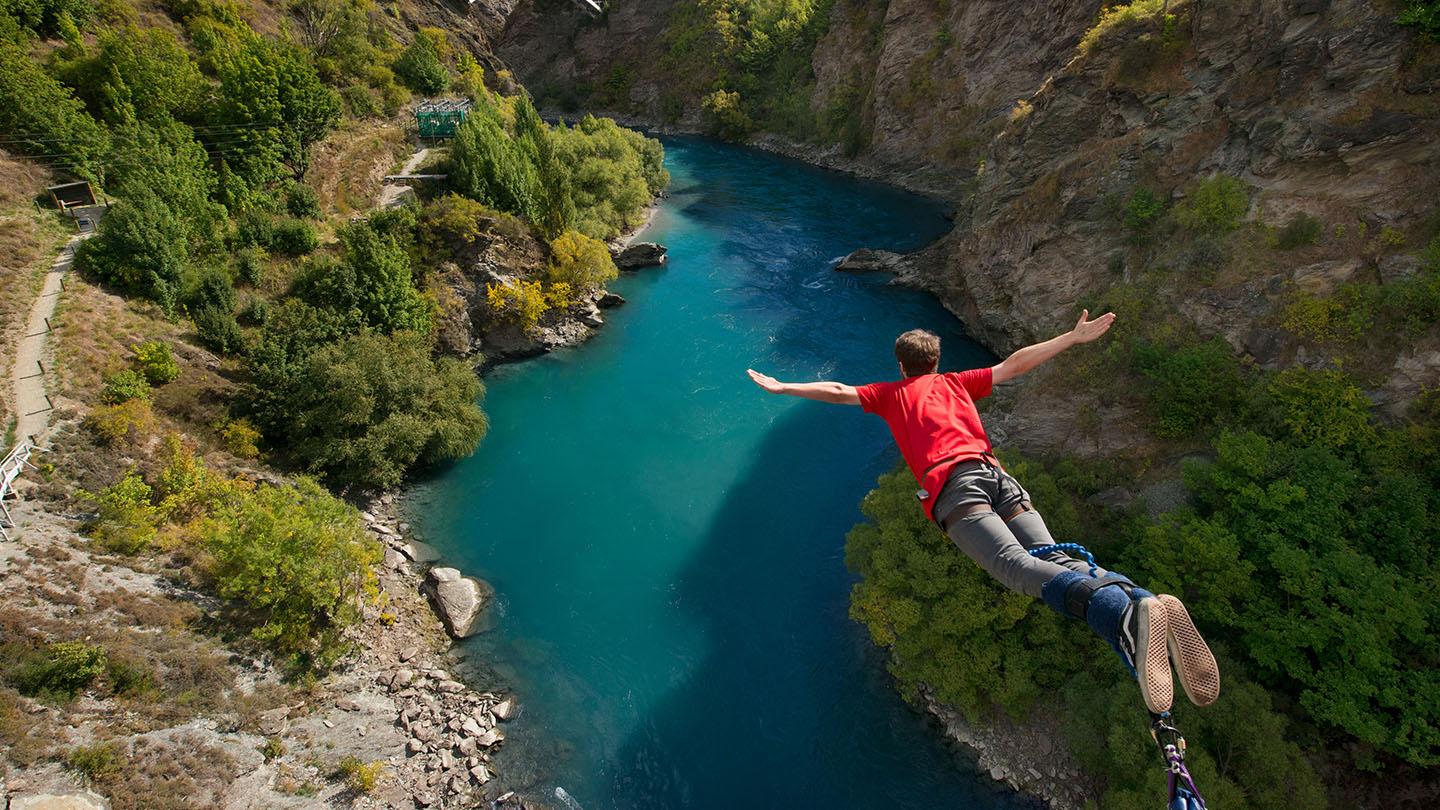 Next up, you’re getting your adrenaline going at perhaps the most famous bungy jump site in the world. New Zealand was the first country in the world to commercialise bungy jumping at the site of the Kawarau Suspension Bridge just outside of Queenstown. There is no better place to take the plunge than overlooking the stunning Kawarau River from 43 meters up. Once you’ve conquered your fear, tackle the Nevis Swing – 134 meters over the valley floor – the ultimate bungy experience to challenge even the most extreme thrill seeker.

Explore the beauty of Milford Sound 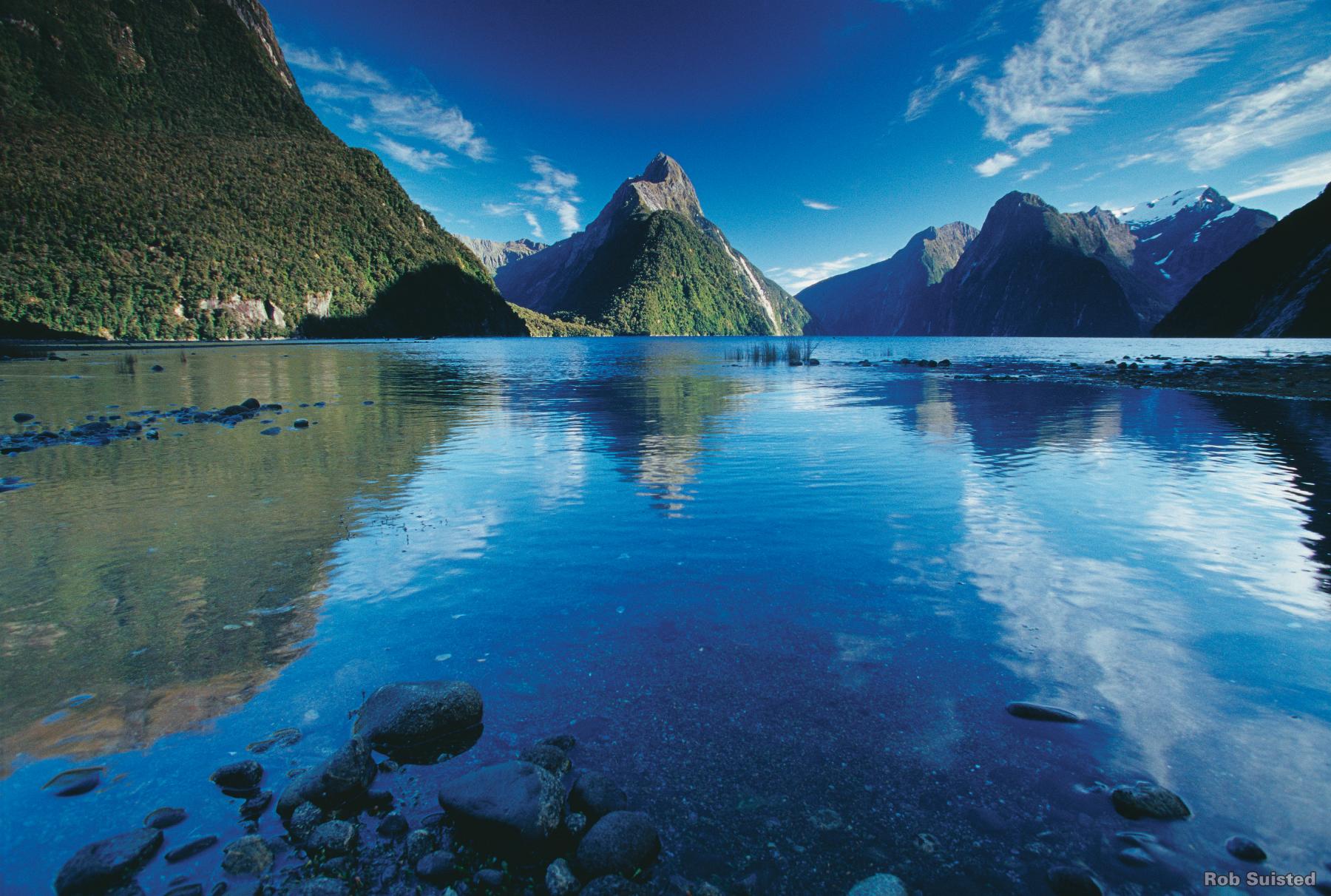 Wind up your trip at the beautiful Milford Sound. Fiordland National Park’s crown jewel, Milford Sound was once called the eighth wonder of the world by Rudyard Kipling. Towering peaks, hundreds of waterfalls, quirky wildlife, and glassy waters combine to create one of the most breathtaking places on the planet. An overnight experience in Milford Sound is something to behold, embrace the silence after the day’s visitors have left and pay tribute to Mother Nature.