8 Attractions in Seoul That Most Tourists Don’t Know About

Be it your first or your tenth visit, Seoul can always offer you something new and exciting, something you haven’t tried before. Just when you thought you’ve seen it all, you’ll be surprised at how much more you have yet to uncover. Even though Seoul is swarming with visitors day by day, there are still spaces that have escaped the wrath of tourist groups, and spots where you can have your peace and quiet. Visit these little-known attractions before they become tourist hotspots. 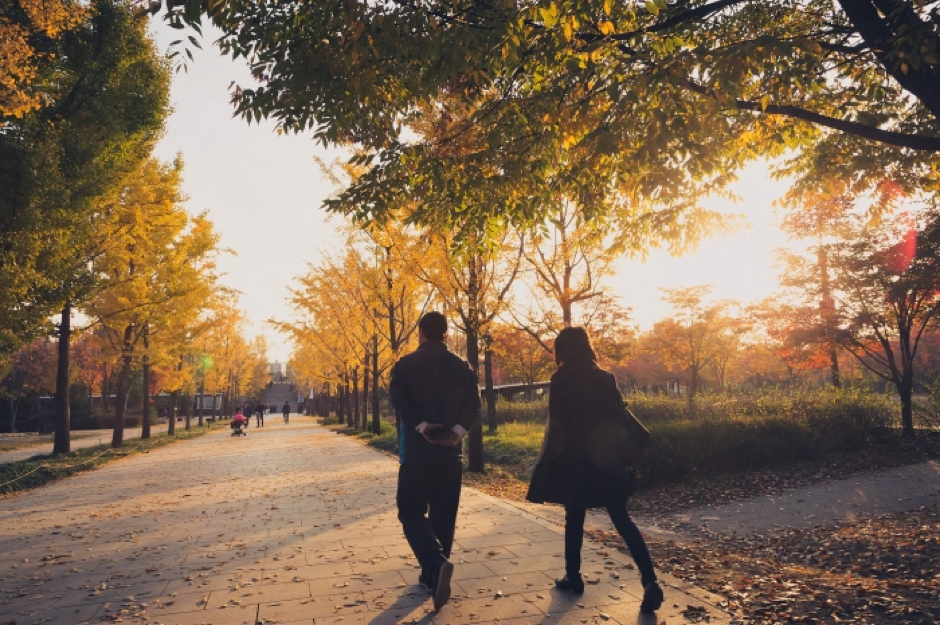 Escape the hustle and bustle of Seoul’s city landscape and spend a day at Seoul Forest. It’s more of a park than a forest, but it has enough greenery to make you forget you’re still in the city. It covers an incredibly large expanse of land (over a million square metres!) and there are tons of things to do for families, couples and friends.

Animal lovers will be delighted to find a butterfly garden, an insect garden, and an eco-forest for wild animals. There’s also the Hangang Riverside Park, which features the intersection of Seoul’s two largest waterways—Han River and Jungnang stream.

How to get there: You can reach it via Bundang Line. Drop off at Seoul Forest Station and take the Exit 3 to reach Seoul Forest. 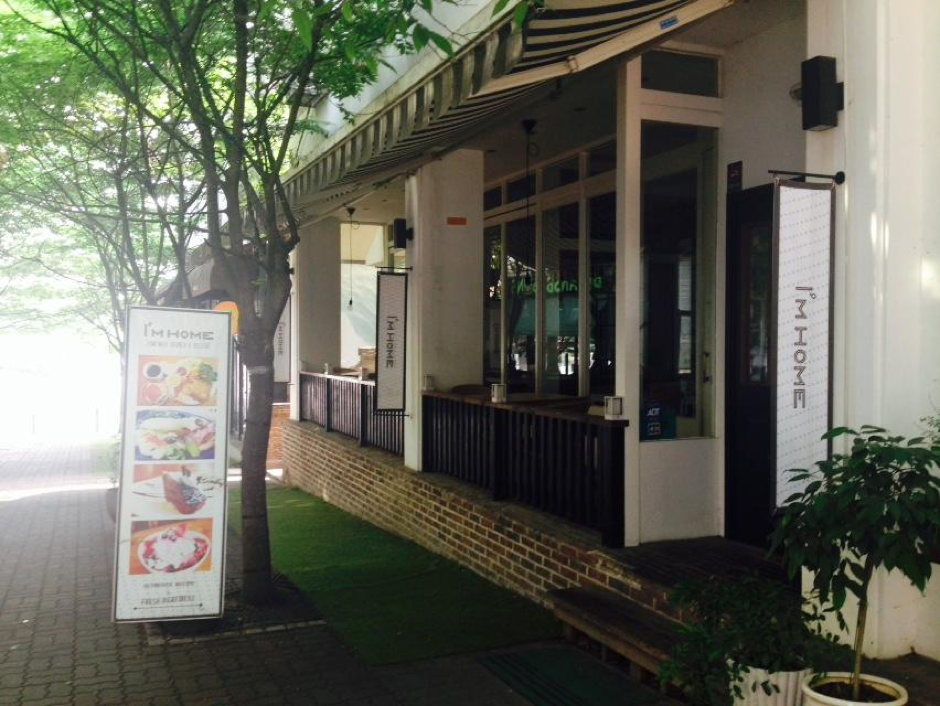 Café hopping must be on every traveller’s to-do list in Seoul. The city has a café in almost every corner, and there are even streets completely filled with it! In recent years, Garosugil and Samcheong-dong may be the most popular areas for caffeine addicts, but Jukjeon should be on your list, too.

There are so many quaint cafés and restaurants to choose from, but we assure you, take a pick and you won’t be disappointed. The street itself is already is pretty any time of the year, but it’s especially lovely during spring.

How to get there: Take the Seoul subway Bundang Line and drop off at Jukjeon Station Exit 1. 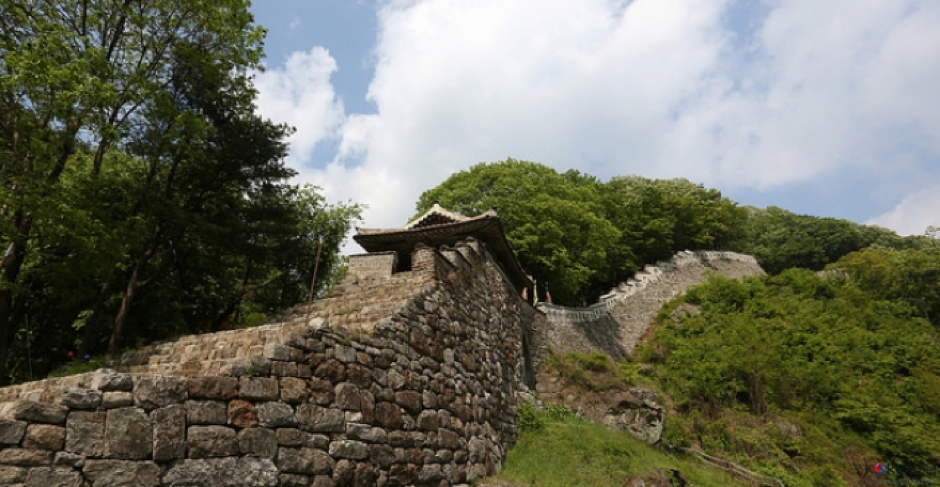 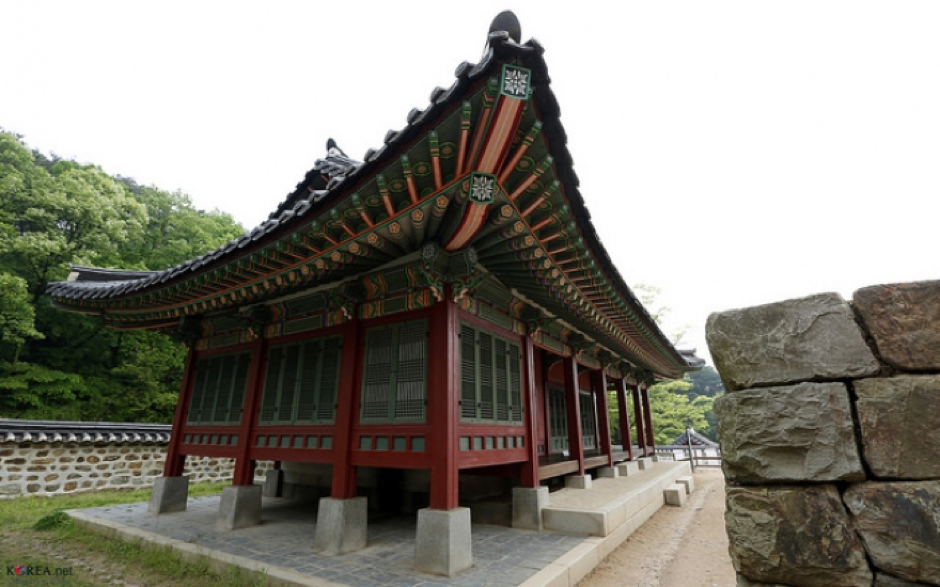 Up for a hiking and cultural excursion? Declared a UNESCO World Heritage Site in 2014, Namhansanseong Fortress is located on the outskirts of Seoul. It can be easily accessed via the subway, and it’s a lot less crowded than Suwon’s Hwaseong Fortress.

There are five trekking routes tourists can take, and each one offers a majestic view. Try to find as many secret “doors” as you can. These little wonders were used to transport food and weapons during the Joseon period. There’s also 350-year-old Zelkova tree just outside the South gate.

How to get there: Take the Seoul subway and drop off at Sanseong station at Line 8. From Exit 2, ride a city bus No. 52 or No. 9 till the last bus stop. 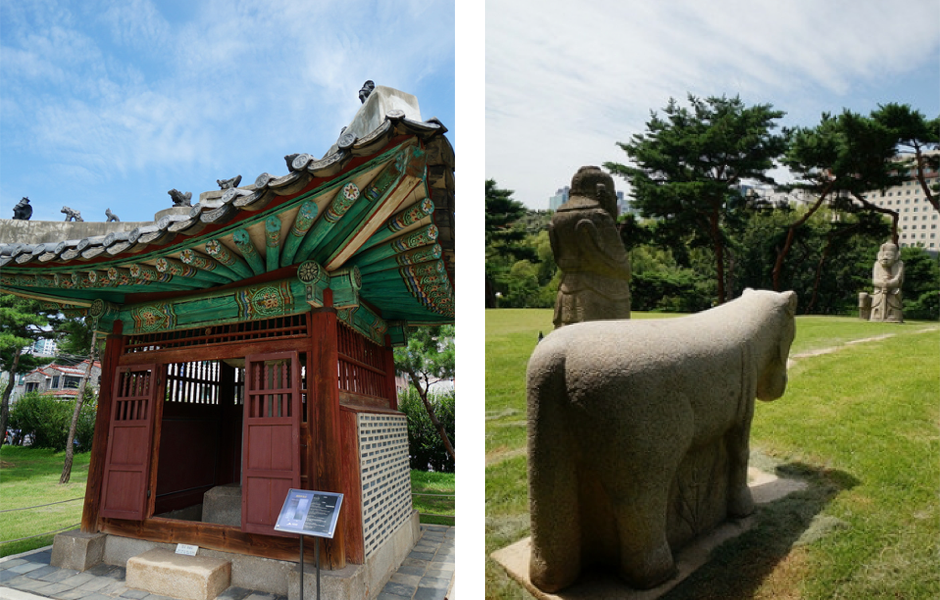 In Seoul, you’re never too far from a historical site. While the palaces are usually included in itineraries, the burial grounds of the two kings from Joseon Dynasty are often overlooked. When you see it, you wouldn’t even immediately know that important historical figures are buried here.

How to get there: Take subway Line 2 or Bundang Line and get off at Seolleung Station Exit 8.

Seoul has its own fortress, too! Aptly named as Seoul Fortress, it can be easily accessed from the charming Naksan Park. Though it requires a little hike to the park, you only need half a day to explore the park and its charming little features. 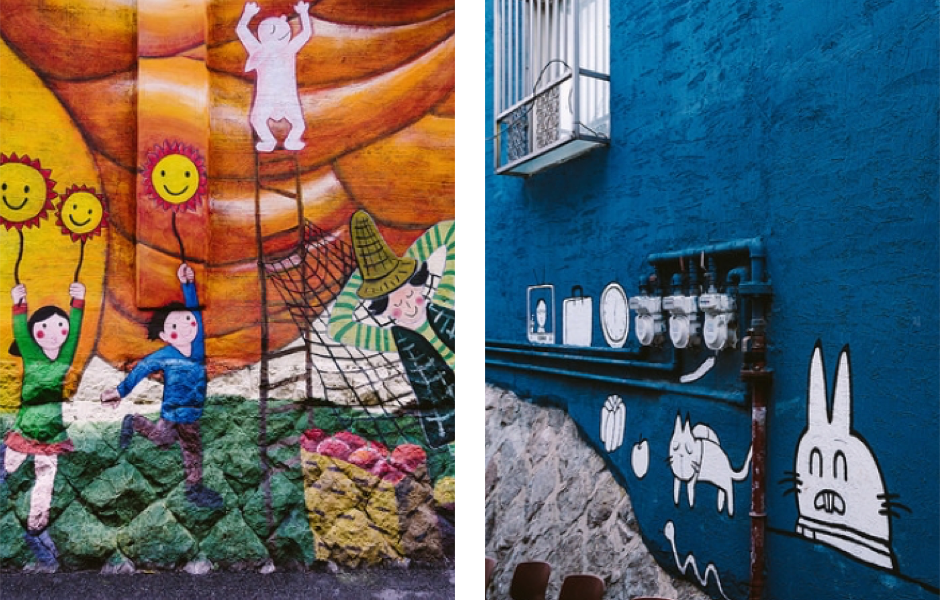 The Ihwa-dong Mural Village can also be found at Naksan park. Though it can be crowded with tourists at any day of the week, most areas of the park remain discreet and quiet, perfect for an adventurous exploration. There are a couple of observation points which offer stunning views of the city. 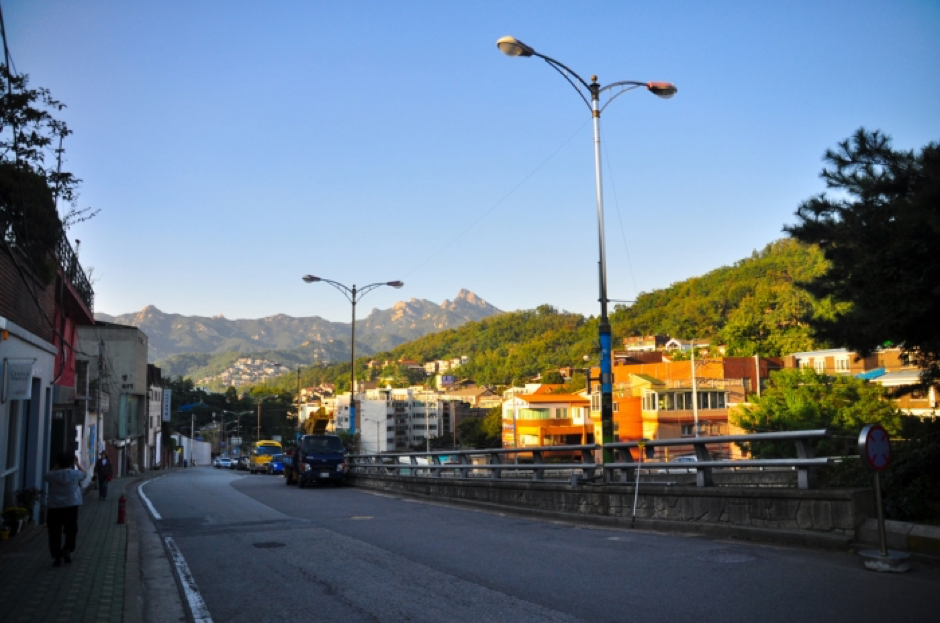 With so many museums and cafes in this neighbourhood, it’s surprising how Buam-dong seems to escape the attention of foreign tourists even though it’s surely loved by locals. If you like the charm of Samcheong-dong but despise the crowd, visit Buam-dong on a weekday and you’ll be enthralled with what you’ll find.

A day is not enough to explore all the artsy cafes and interesting museums in the area, but visiting a couple is enough to convince anyone to come back again and again. On your first visit, drop by the three-storey Seoul Museum, be enthralled by the royal villa Seokpajeong, devour plates of Korean fried chicken at the famous Gyeyeolsal Chicken, have coffee at Cafe Gallery,  pass by the Changuimun Gate, sample different kinds of dumplings at Jaha Son Mandoo, visit Panoramic Views, a filming location of Coffee Prince, and to end the day, bring home scones, ginger cake, and moist brownies from SCOFF British Bakery. 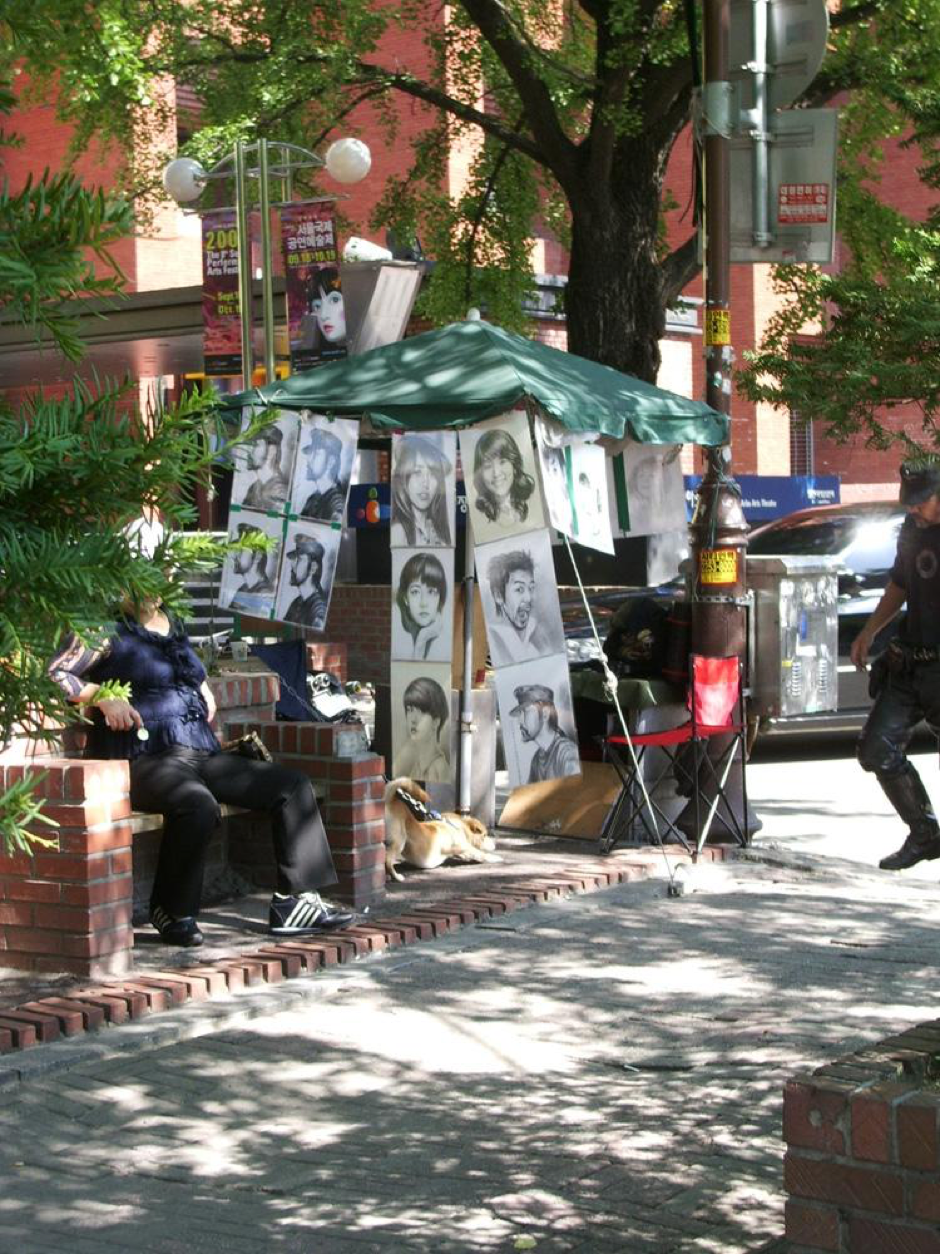 Not far off from Naksan Park is another hidden gem: Hyehwa-dong. More popularly called Daehangno by the locals, it’s a university neighbourhood and has the charm that will remind you of Hongdae. In fact, some would say that it’s the original Hongdae, but it’s now less touristy.

Walking around the neighbourhood, you’ll see art installations and random street performances. It’s also known as the theatre district as dozens of theatres can be found here. From the moment you drop off at Hyehwa station, you’ll be bombarded with posters of theatre shows.

How to get there: Take the subway Line 4 and drop off at Hyehwa Station. 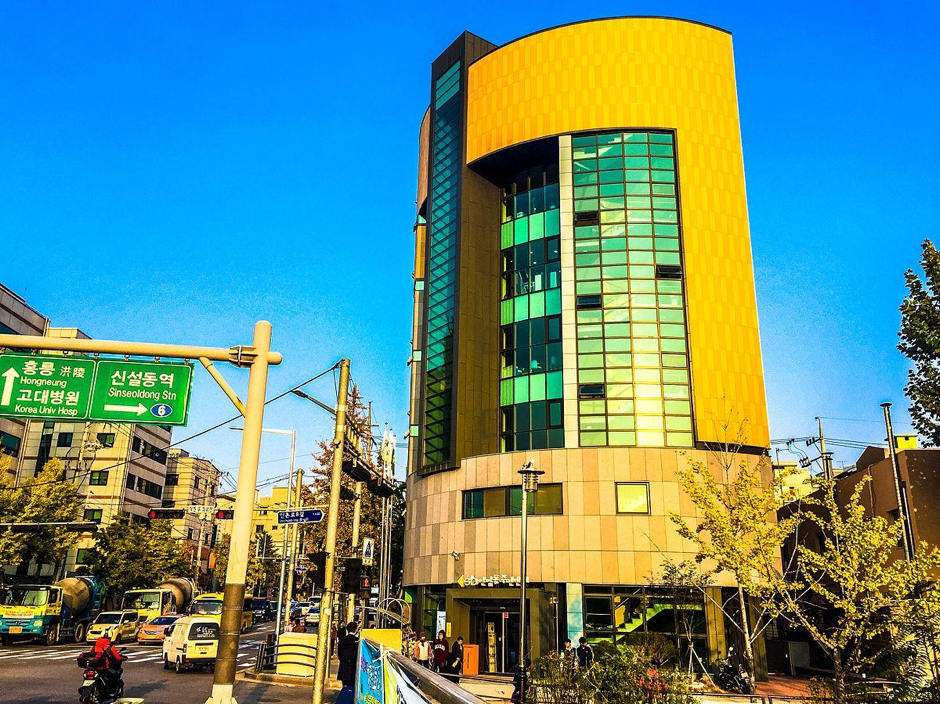 For some random meandering in Seoul, try the quaint neighbourhood of Anam-dong. It has a charming mix of cafes and boutiques that are reminiscent of Samcheong-dong, minus the crowds of tourists. It’s near Korea University so expect a more youthful vibe.

It’s ideal to spend a couple of hours here to have lunch in one of its numerous restaurants and explore the residential and commercial area surrounding the university. Visiting at night is not a bad idea too because the boutiques are open till 11.00pm.

How to get there: Hop on Seoul subway Line 6 and drop off at Anam Station.

*Pro-tip: If you’re a UOB Cardmember looking for special Vaccinated Travel Lane (VTL) flight deals, check out this Singapore Airlines and UOB Cards deal to receive a Crossing Luggage worth up to S$189 with a minimum spend on Singapore Airlines bookings. After settling your flight ticket, book your accommodations with Agoda’s 20% off selected hotels, valid till 31 Oct 2021.

Deals aside, do ensure you’re fully vaccinated and check the MFA website for the latest advisories on your intended destination before making your trip.