Travelling in Europe is notoriously expensive, or so it seems on the surface. But there are always ways to stretch your dollar (or euro, for that matter).  Here, we’ve put together some nifty money saving tips to make travelling a whole month in Europe for under S$2,500 a reality.

Don’t worry, we’re not going to suggest sleeping on the streets for 30 nights. 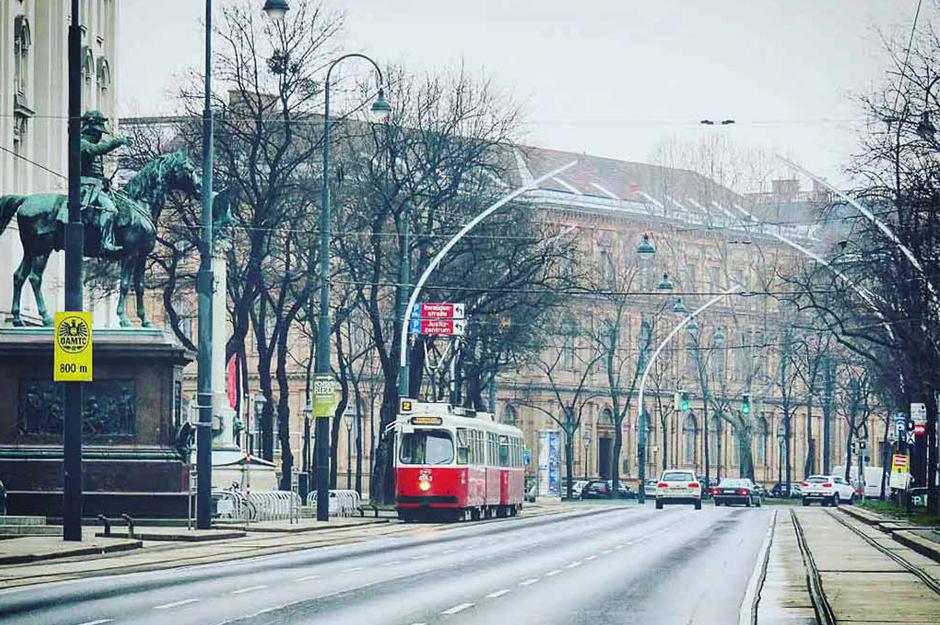 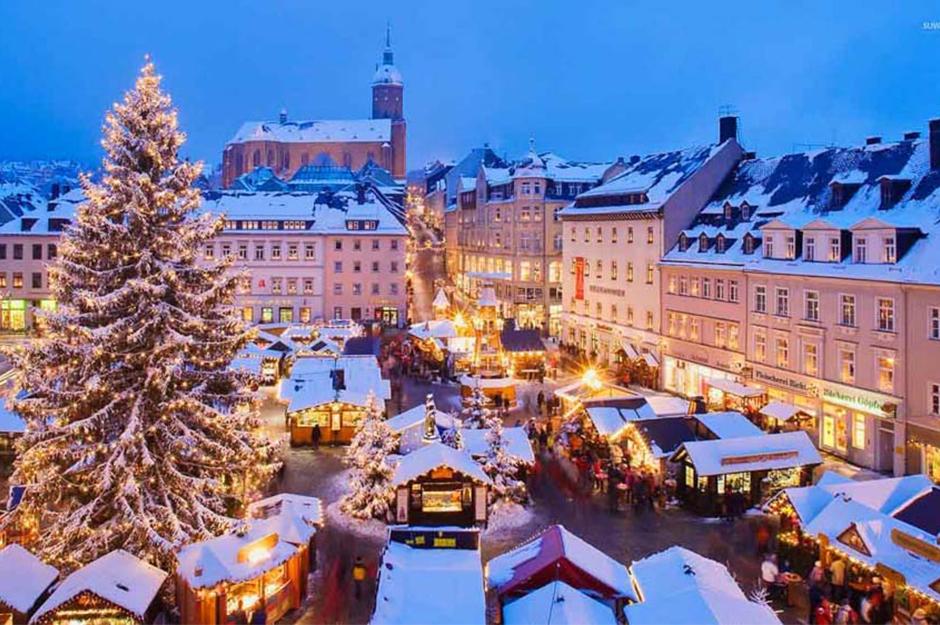 Airfare will probably take up the bulk of your cost so the key to keeping flight costs low is to fly during non-peak season.

Summer (June to September) is a popular travel season in Europe, so you should definitely avoid it. Not only will flights be expensive, hotels and restaurants will hike up prices by 20 – 50% too.

Plan to fly between November to March and you’ll see a pretty significant drop in price. Plus, it won’t be as crowded too. You might think travelling in December is expensive, but it will still be cheaper than flights in the peak season.

*Pro-tip: Visit in December to soak in the festive atmosphere at Christmas markets seen in most major European cities. 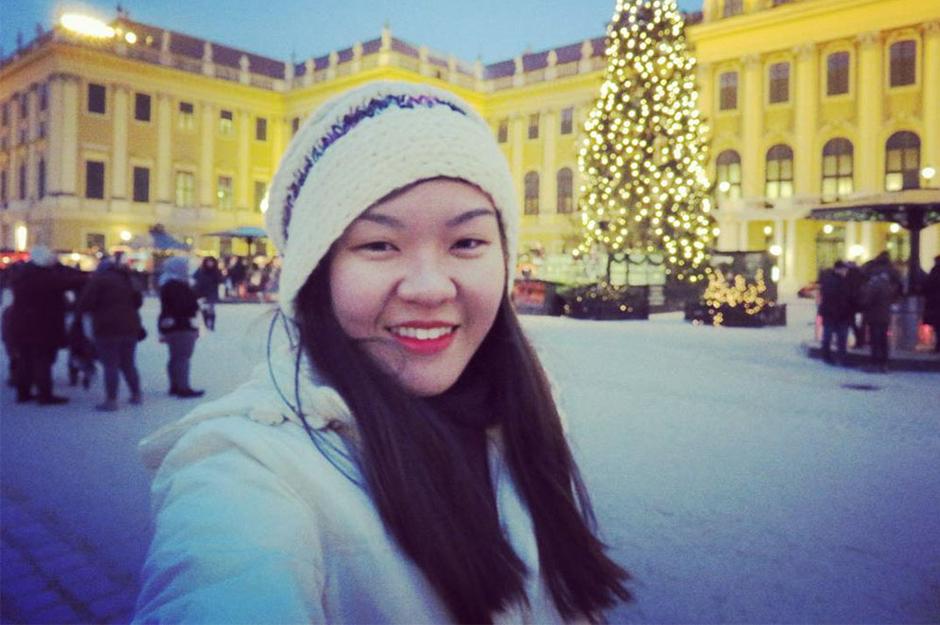 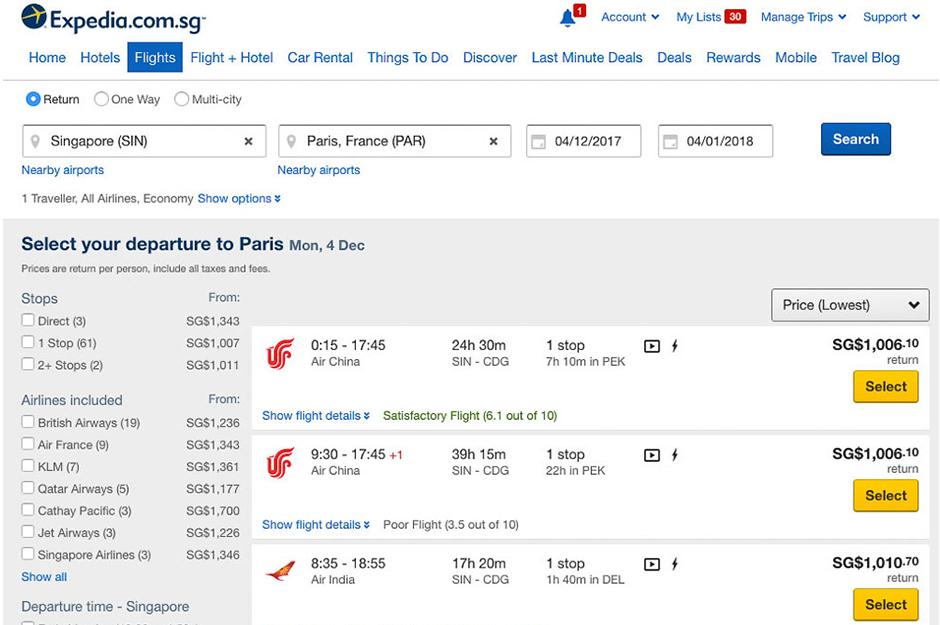 Planning early allows you to scout for the cheapest European cities to fly to. Keep a lookout for promotional airfares to European cities which major airlines will run from time to time.

I was able to book a flight from SG to Munich, Germany with Singapore Airlines for just under S$1,000 in December 2015, which was really a steal for a direct flight to a European city.

Search for flights via Expedia.

*Protip: Look out for limited special promotions under the “Deals” tab on Expedia for more discounts. 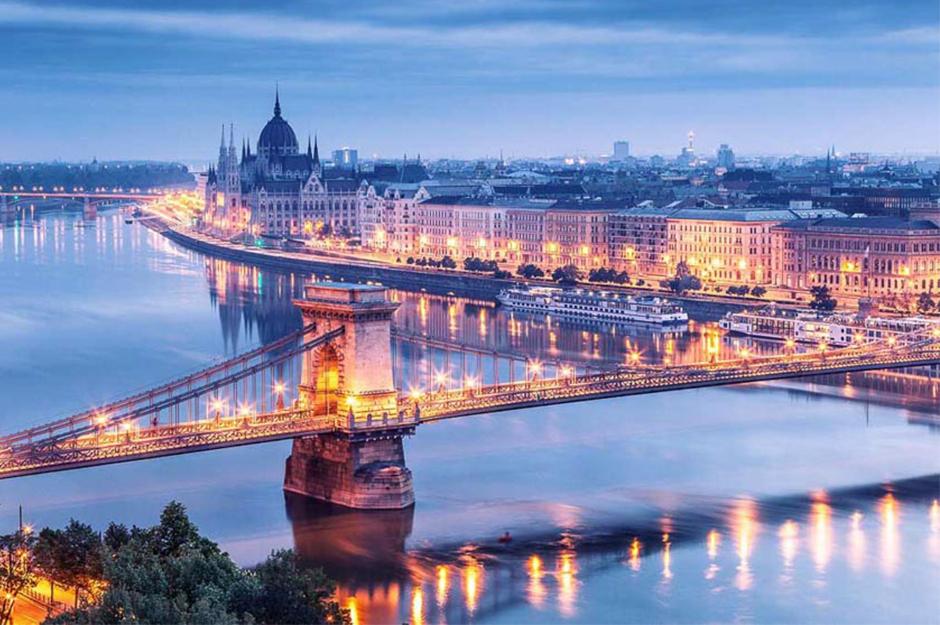 While countries like France and the UK are must-visit European destinations, Eastern European countries have their own charms too and are cheaper travel destinations compared to their Western siblings.

Take Budapest for example, a medieval city filled with hidden historical wonders. Find yourself transported back in time at Buda Castle and Citadel, while feasting your eyes on a panoramic view of the city on Gellert Hill. 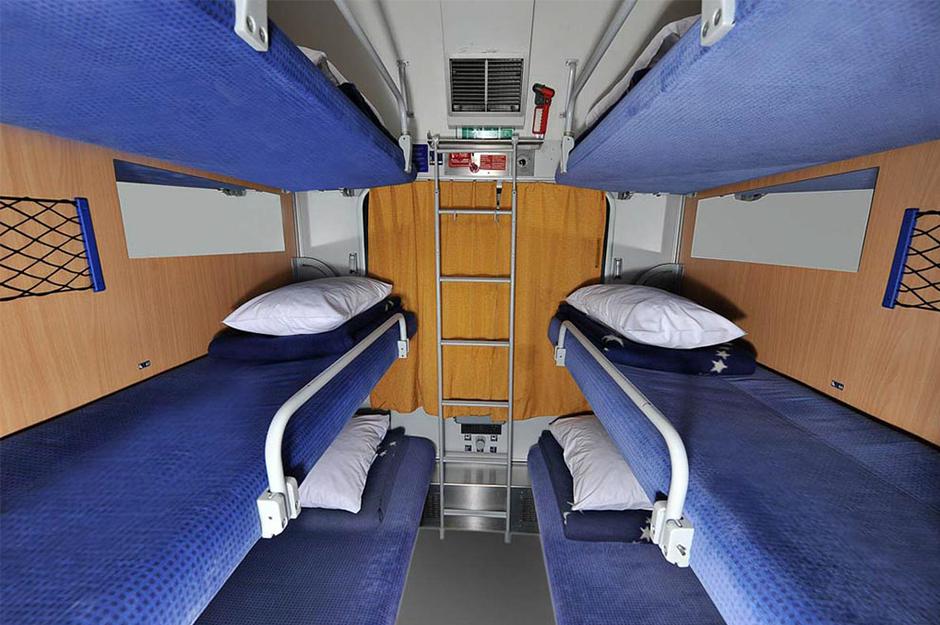 Imagine going to bed in Vienna and waking up in Zurich – how cool does that sound?

As long as there’s space to lay flat, I have personally grown to love overnight train travel. Not only does it save time; it also saves you a night’s accommodation in the city.

Cross-border sleeper or couchette trains tickets start at €59 per bed in a 6-berth couchette cabin. Fresh sheets and blankets are provided. Some services even provide a simple breakfast with a croissant and coffee. Check out Seat61 for more information on Sleeper Trains. 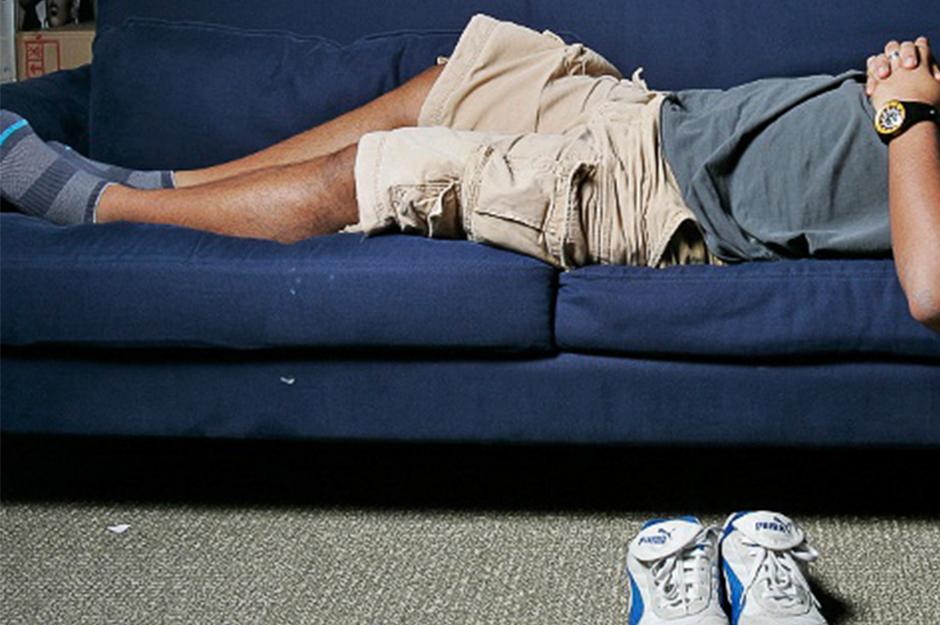 While sleeping on the couch of a stranger’s home may be a terrifying idea to many, I’ve heard my fair share of incredible experiences from friends who’ve tried and tested this.

Not only is this free, it is also a great way to interact with locals! These locals are usually very friendly since they too are taking the risk of opening their homes to absolute strangers.

The couch-surfing community maintains a safe environment for hosts and surfers alike by sharing information and leaving references for each other. Besides couchsurfing.com, another notable free accommodation platform is stay4free. 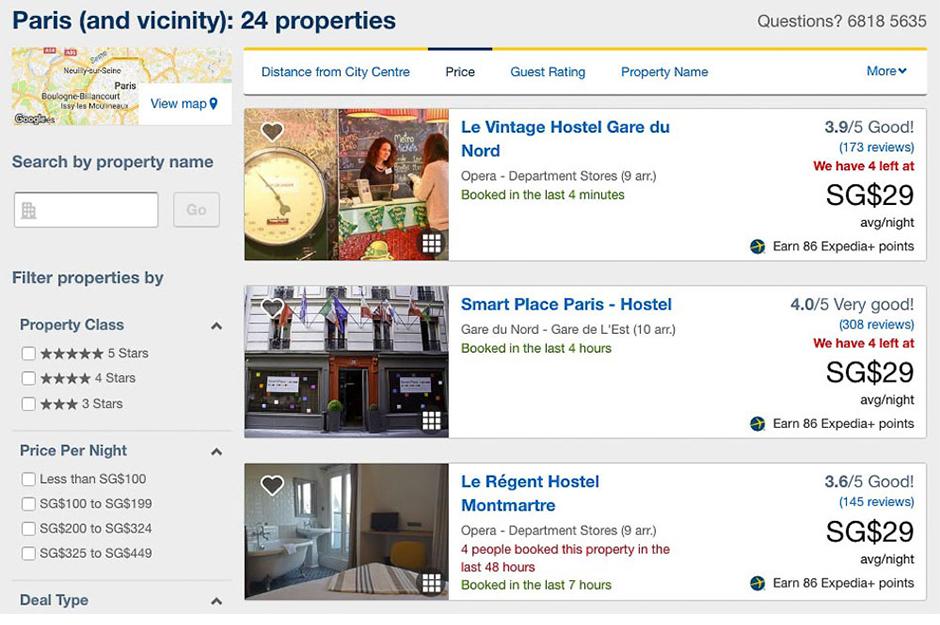 On days you just want to pamper yourself and rest your head on comfy pillows but not spend too much on accommodation, turn to youth hostels. Although this cheaper form of accommodation is targeted at younger travellers and backpackers, there are usually no age limits imposed.

Communal spaces within the youth hostels allow for interaction between guests, and that’s the charm of youth hostels – where like-minded travellers come together and share travel stories and experiences with one another.

Many youth hostels also offer single-sex dorms, which may be preferable for female solo travellers.

Besides being a platform for hotel bookings, travel lodging search engines such as Expedia also has a pool of youth hostels with rates under €20 (S$32) per night.

Search for accommodation via Expedia. 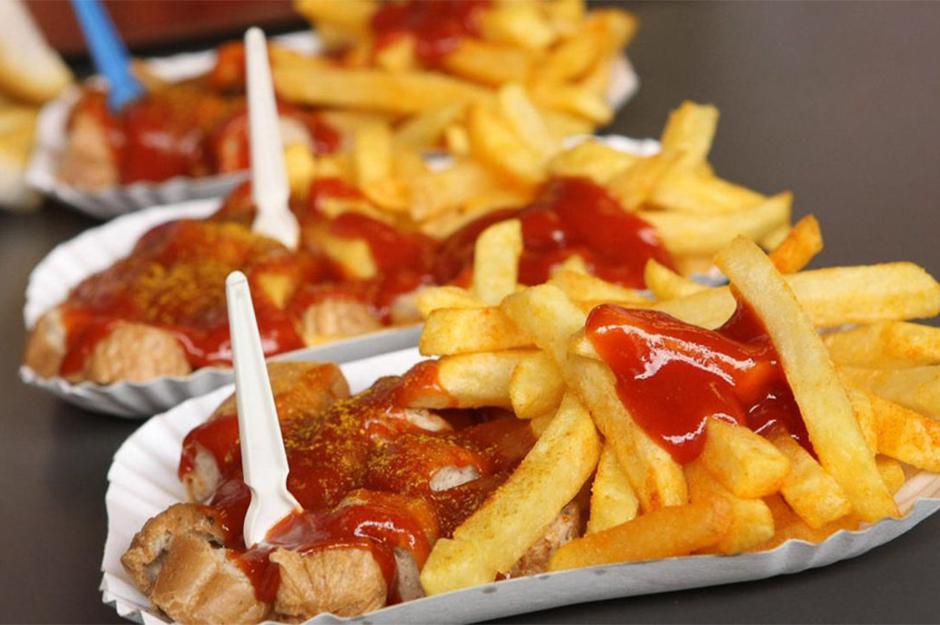 It may be tempting, but you can save a lot ordering à la carte instead of full meals. I mean do you really need that extra serving of soup and drink?

Apart from avoiding the post-lunch coma, you’ll be saving your stomach for other interesting snacks along the way!

Average cost per meal in Europe: €10

8. Prepare your own meals 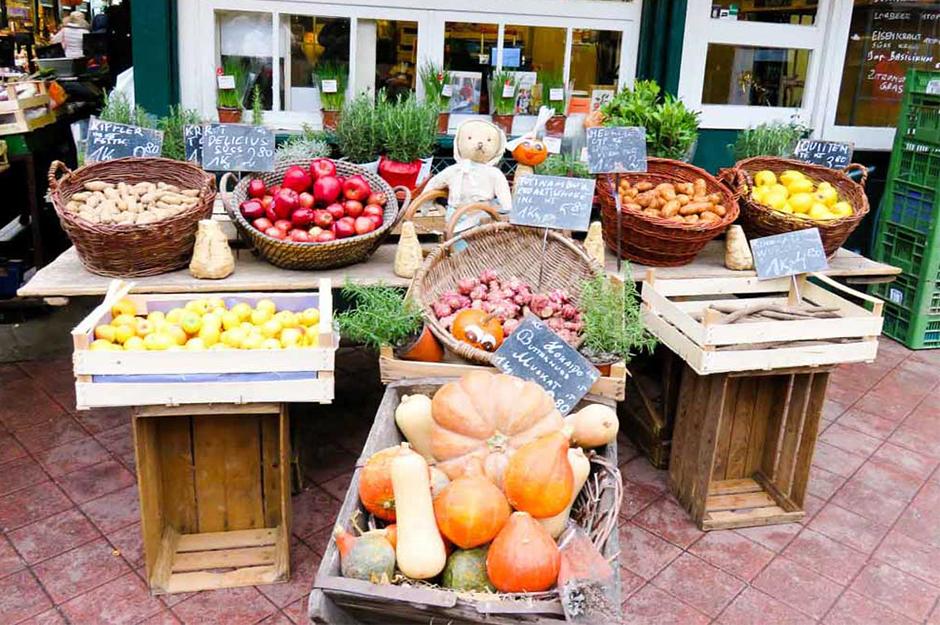 If your accommodation permits, cook your own meals. Fresh local produce can be bought at local farmers’ markets and supermarkets. Ingredients for a week’s worth of meals will cost you between €50-60, which is a lot cheaper than eating out, where meals will cost you around €10 each.

9. Save money on drinks 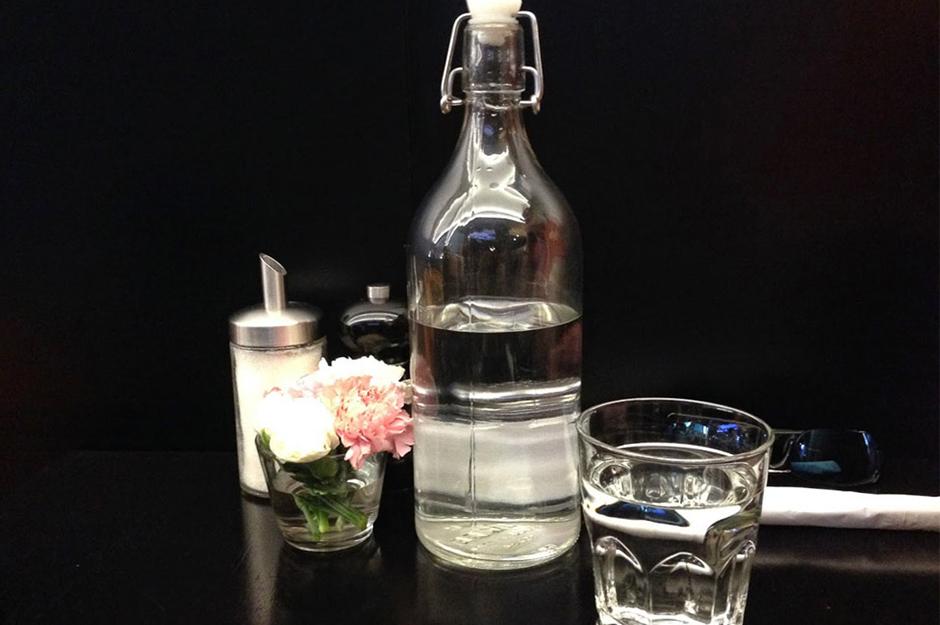 i) Cut down on sugary drinks. These €3-6 add up with every meal. Not only do you save money, you also save your calories for better grub such as steak and escargots.

ii) Tap water in most Western European cities is safe for consumption. When I visited Vienna, I was told that their tap water came directly from the Alps, and is comparable to Evian.

iii) At restaurants, always request for “tap” water. If you simply say “water”, servers might serve you bottled water, which can be more expensive than wine. 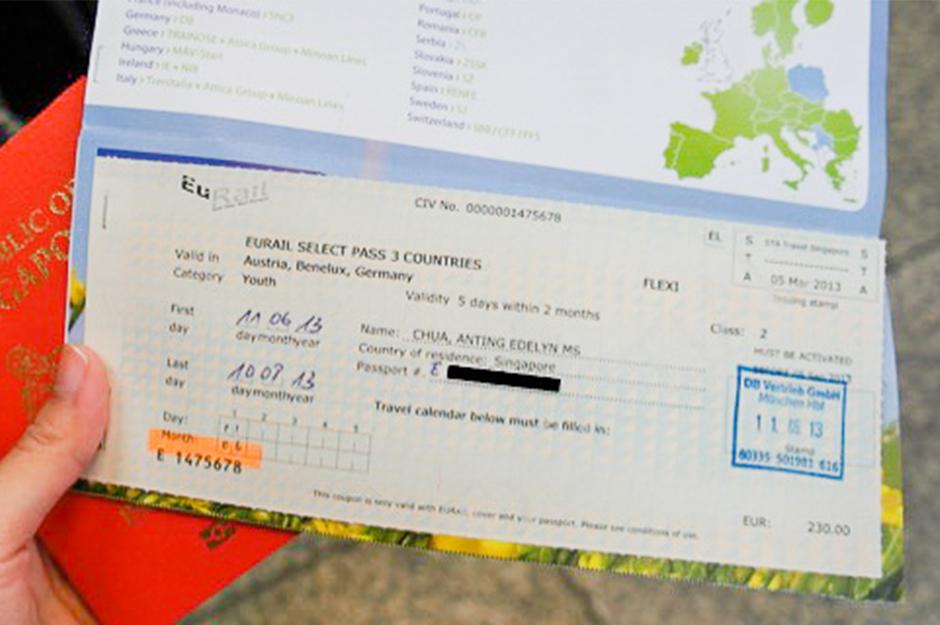 If you are travelling across more than three European countries, get the Eurail Pass as it will be more economical. It also saves you the trouble of buying single-trip tickets for each and every leg.

Children under 12 travel for FREE with accompanying adults. 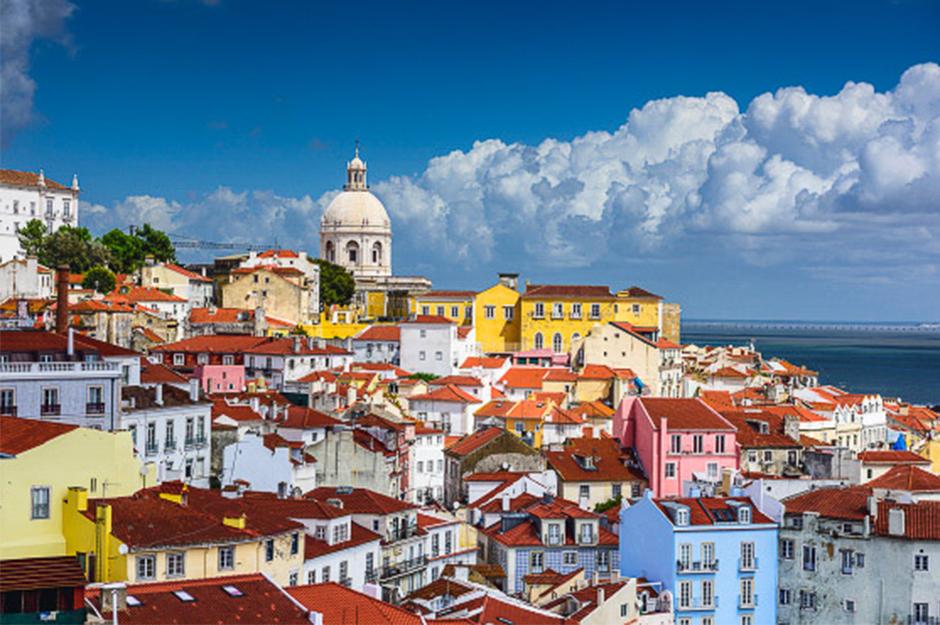 Most greater cities within Europe have city passes for tourists, which includes free rides on public transport, free admission to major attractions, and also discounts at certain shops and restaurants.

Yeah, I know, it’s like giving myself a slap in the face for advising you otherwise from the previous point. While city passes offer a lot of value and convenience, they are only worth getting if you plan on conquering at least 70-80% of the attractions within the validity period (24 - 72hours).

Otherwise, buying a single day or single-trip ticket on the subway will be cheaper.

13. Walk whenever you can 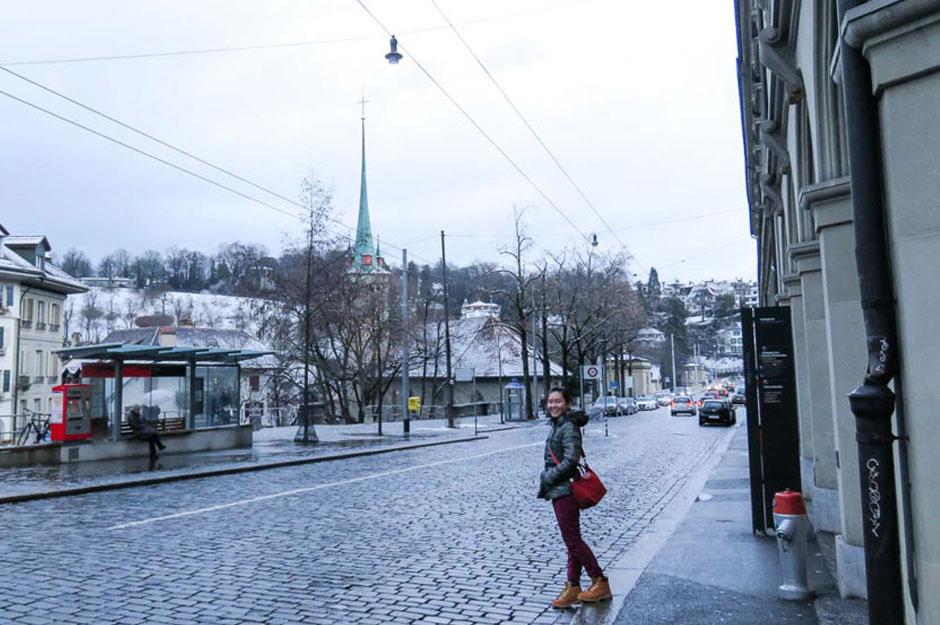 Walking along the streets of Bern

After visiting Europe twice, I have learnt to let my feet bring me wherever I want to go. Cities such as Amsterdam, Munich, Vienna, and Budapest are very walkable. Pathways are very pedestrian-friendly, and some subway stations are so near to each other you’d reach faster if you walked. 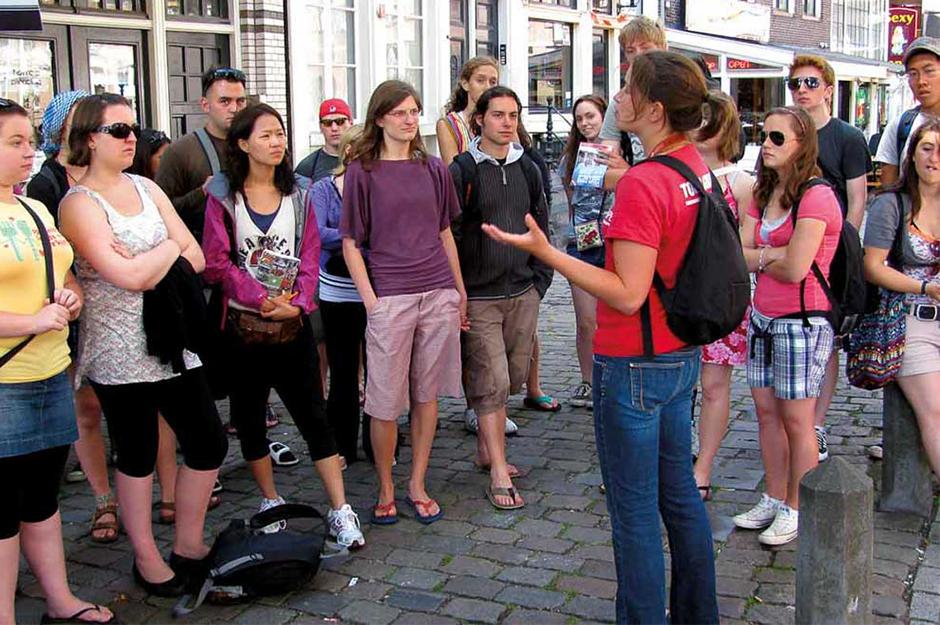 Paid guides and tours are often unnecessary money spent as information and historical facts can be easily obtained from the Internet. When in Europe, sign up for FREE walking tours instead – these will bring you around some notable landmarks and attractions. SANDEMANS is a pretty popular choice. 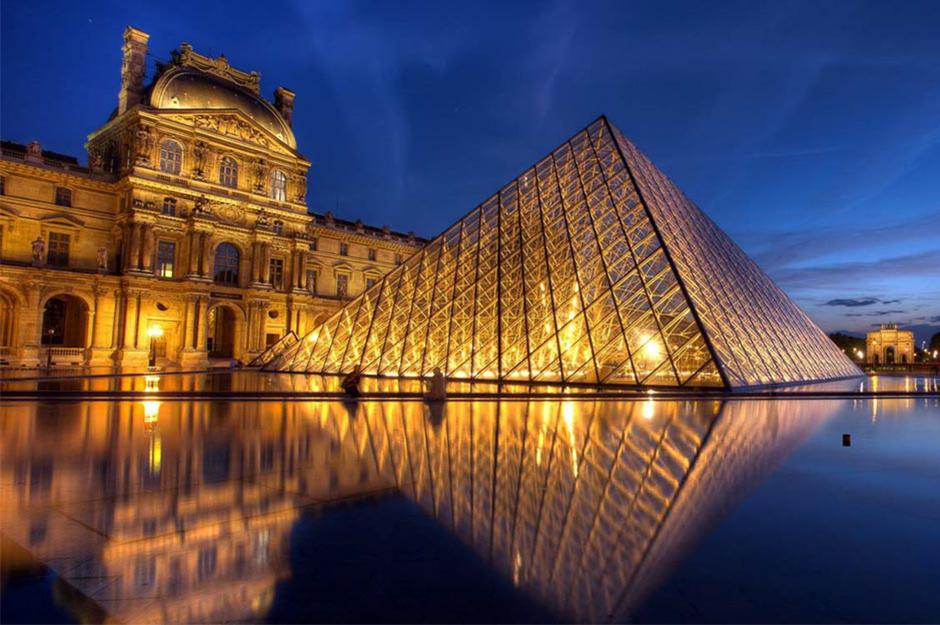 Some museums have free admission during certain time periods. In Paris, admission to The Louvre is free for those under 26 every Friday from 6.00pm — this applies to all nationalities as long as you present a valid ID. Musée Rodin, Musée Picasso, and Musée d’Orsay open their doors to the public for free on the first Sunday of every month. But of course, do be prepared to squeeze with the crowds on free admission days. 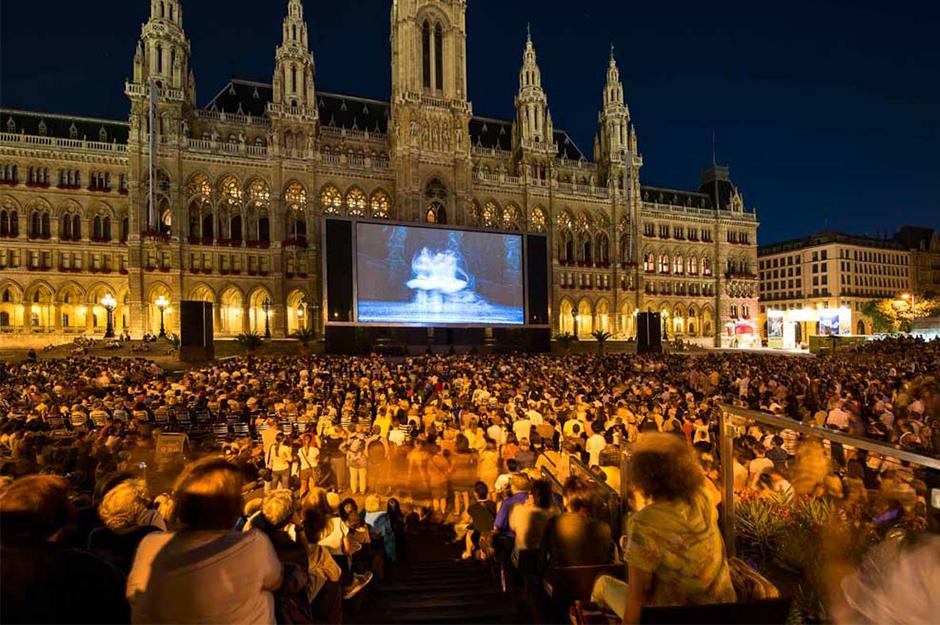 Free open-air concerts and music festivals are quite common in Europe. If you don’t mind standing, you can find standing pit tickets for musicals at a fraction of the original price. In Vienna, there were standing tickets for under €5. 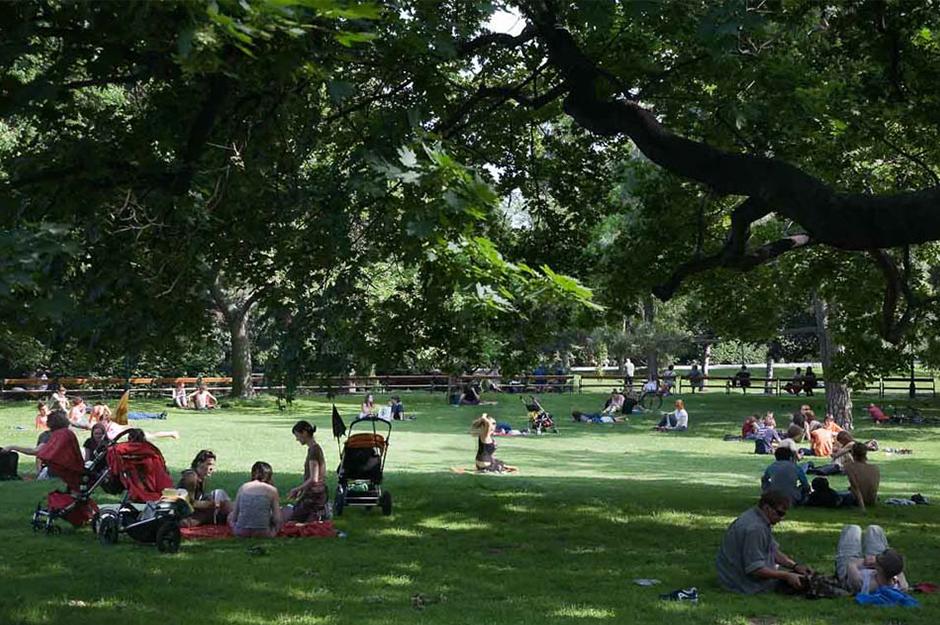 People-watching while sipping on a café au lait at an al fresco Parisian café is almost a mandatory experience in Paris. But that can also be expensive. A cheaper alternative to people-watching is while sprawled out on a mat on top of freshly cut grass. So, pack some sandwiches and head to a local park – it’ll cost close to nothing!

Some beautiful parks to spend an entire afternoon just watching the world go by: English Garden in Munich, Hyde Park in London, Stadtpark in Vienna, and Champ de Mars in Paris.

18. Buy postcards instead of souvenirs 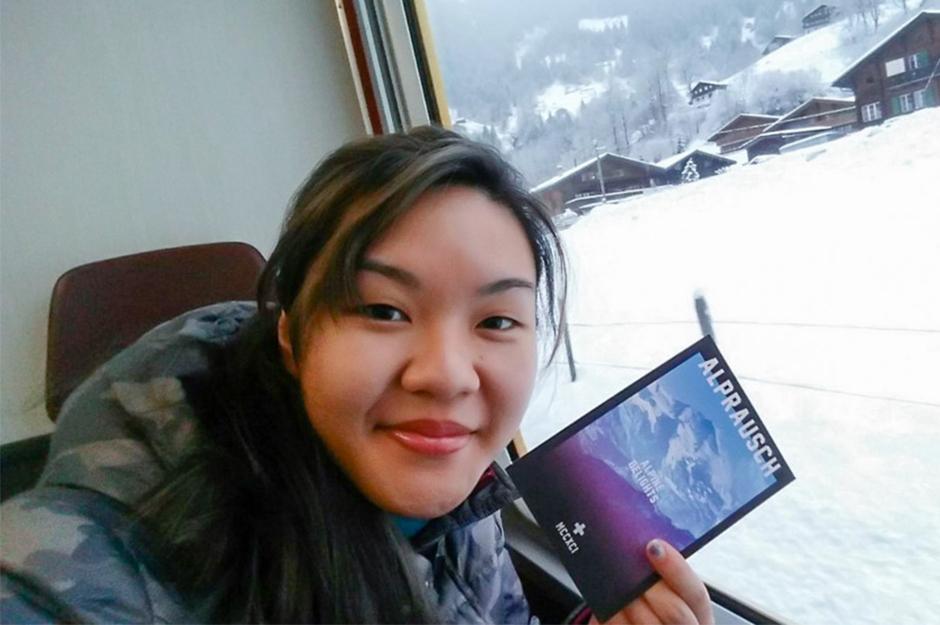 Unless your friend or family member is a collector of tacky souvenirs from around the world, chances are, they would much prefer a handwritten postcard. Not only are they more meaningful than magnets and key chains, postcards cost less and won’t take up much luggage space.

I once wrote a birthday postcard to my best friend en route to Jungfrau from Grindelwald, Switzerland. Turns out she only received it four months after her birthday. Well, it’s better late than never! I’m sure that was the best birthday present she received that year.

With this list of Europe budget tips, we hope to have piqued your interest in fulfilling your European adventures soon! If you are looking for more inspiration on touring Europe on a budget, check out these budget guides too!