I once made a silly mistake of not checking the peak travel season of Japan and booked discounted tickets to Osaka. Little did I know that my travelling dates were right in the middle of Japan’s Golden Week holiday. To make matters worse, it also coincided with China’s Labour Day holidays! No prizes for guessing who didn’t have a great time in Japan. I ended up spending most of my time avoiding people and the many selfie sticks shoved in the direction of my face.

After that fateful trip, I made sure to ALWAYS check the peak and non-peak travel seasons of the countries I intend to visit. It will be counter-productive if your holiday clashes with the destination’s national holidays or summer break – you’ll end up spending more money and have to squeeze with the masses.

To save you the headache and money, here are the best times travel to 9 of the most popular holiday destinations amongst Singaporeans, plus some budget hacks you need to know!

Non-peak period (Best time to travel): May to October 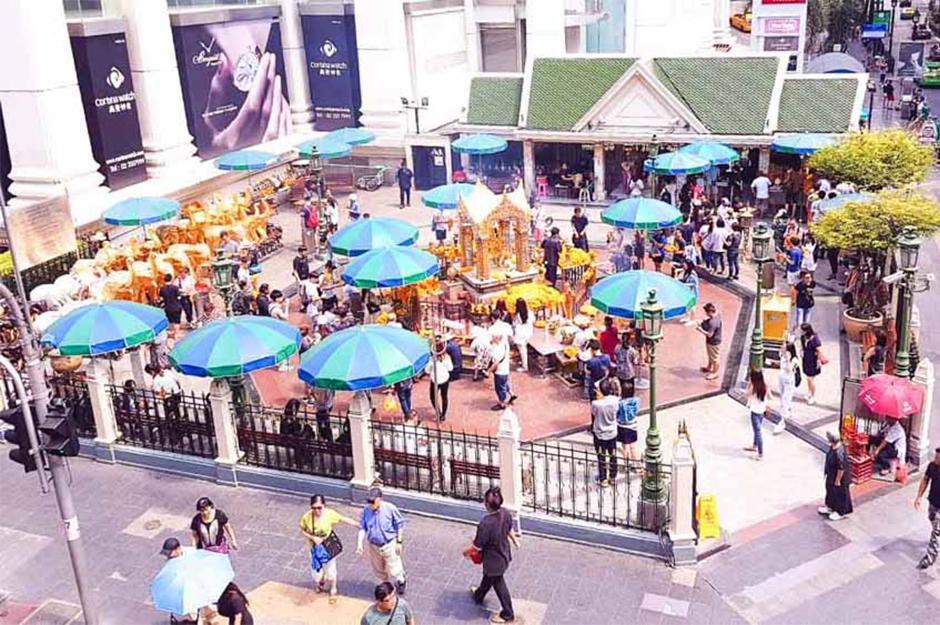 During these months, you can expect good bargains everywhere. Hotel rates are the lowest during this period of the year, and so are prices in shopping malls. But do bring along an umbrella, as this is also Bangkok’s monsoon season. Rain will be frequent, and due to increased humidity, temperatures can soar as high as 35°C. However, rain storms are usually short, and you’ll still be able to catch the sun in the day. 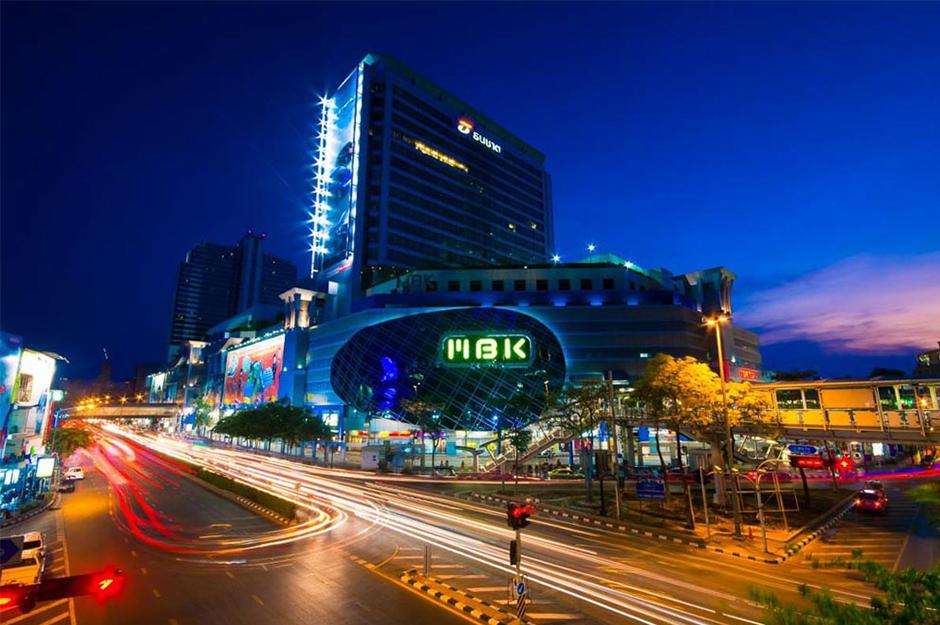 This means it’s a great time to head to Bangkok for a shopping spree! There’s no need to fear the rain, since you’ll be spending most of your time indoors at shopping malls such as Platinum Mall, MBK, Siam Paragon or Central World.

Where to stay: Bangkok Palace Hotel via Expedia, from S$95 per night

*Protip: Some cinemas offer cheaper movie tickets at around 100 Baht per ticket on Wednesdays (as compared to 220 Baht on other days).

Read also: Bangkok City Guide – Things to do other than shopping 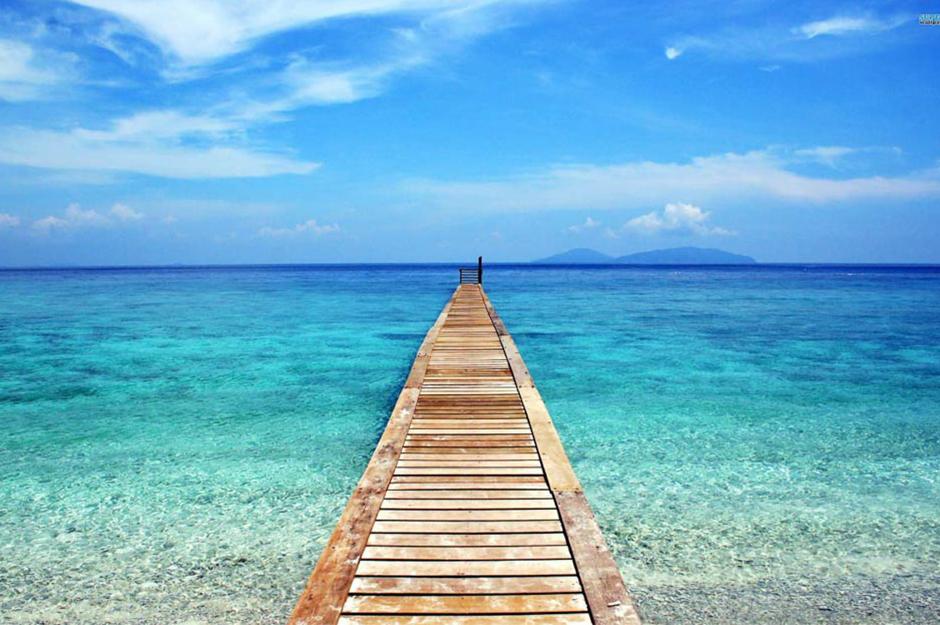 The best time to visit Bali has to be during the months of April to June, and September. During this period, Bali is still relatively dry as monsoons only hit from October onwards. Resorts and villas can be up to 50% cheaper than during the peak seasons of July-August, and December-January. Many shops will roll out promotions, and restaurants will be less crowded as well. 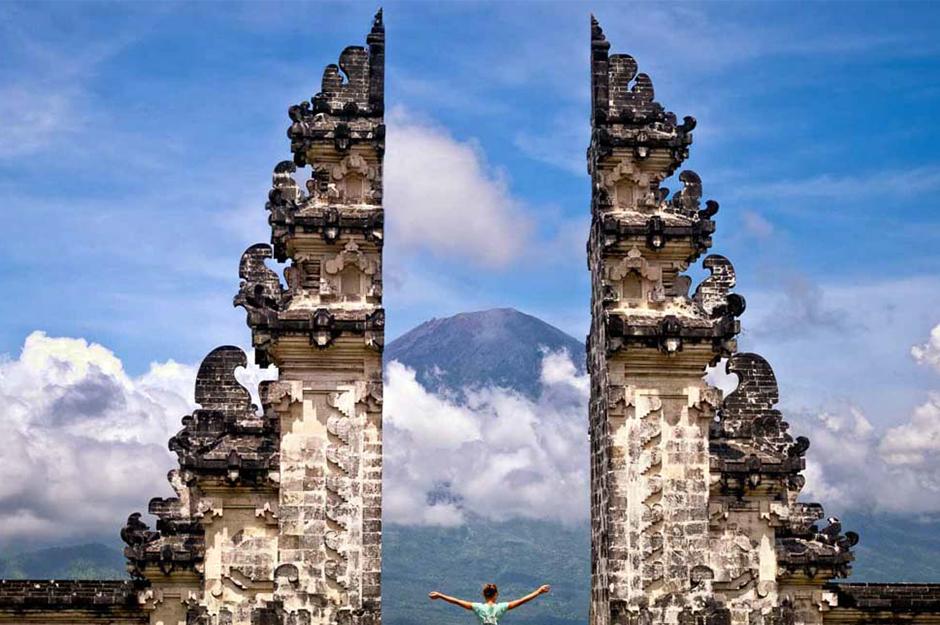 *Protip: Bring cash with you. Not only because ATMs aren’t common in Bali, but also because paying in cash means you get to haggle before paying.

Where to stay: The Kana Kuta Hotel via Expedia, from S$83 per night

Non-peak (best time to travel): May to October 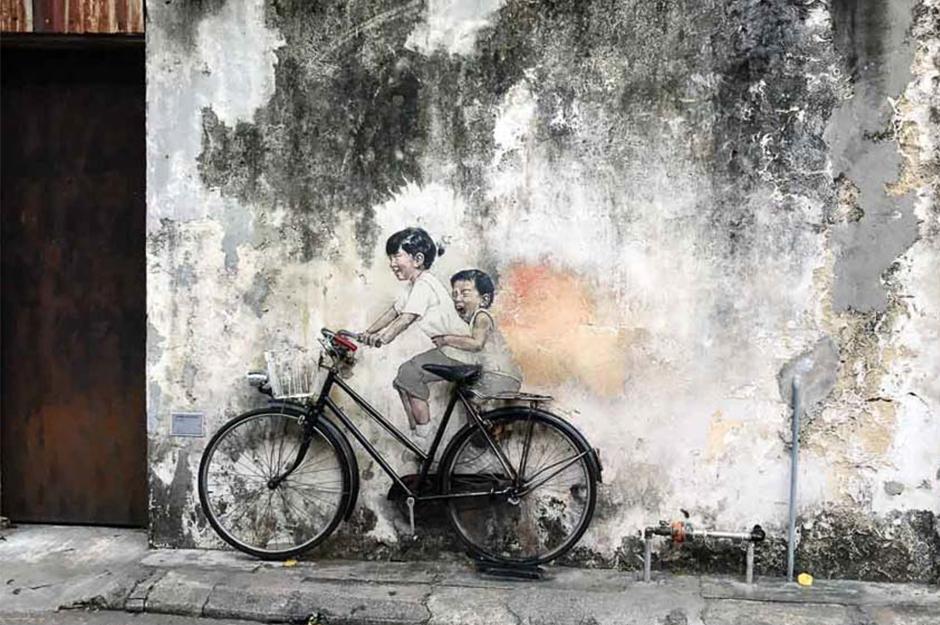 Get some better deals at the hotels and hostels in Penang when you visit during the lower peak period between May and October. A word of caution though, there might be rain or even haze due to deforestation activities from neighbouring Sumatra and Borneo.

Otherwise, Penang is still the same food haven as we know all year round. Do check out our Penang Foodie’s Itinerary and Guide to Authentic Street Food in Penang if you are planning a trip there! 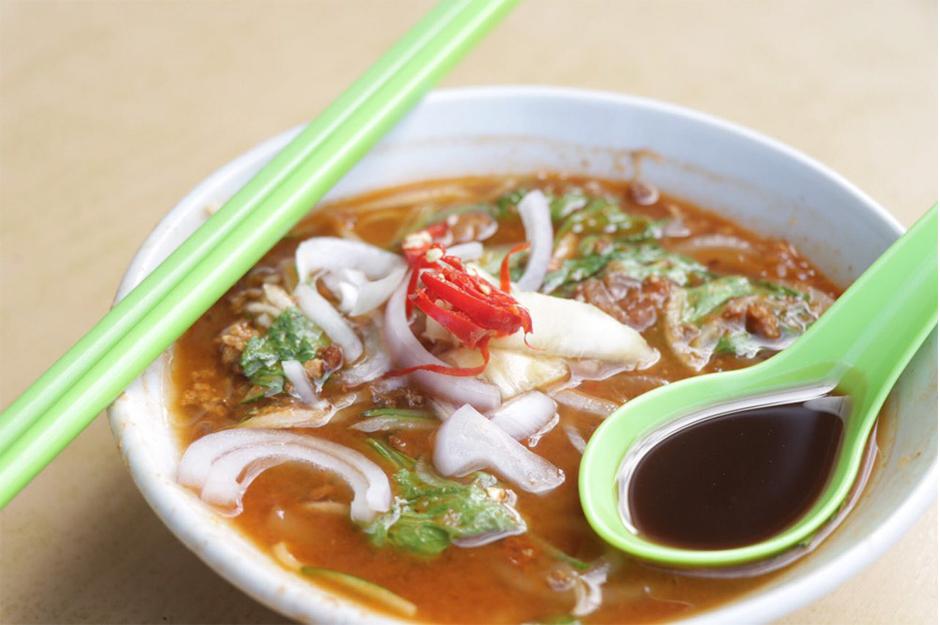 Do note that Penang has a couple of unique state holidays that fall in the lower peak season period. On those days, shops in Penang will be closed and Georgetown might be eerily quiet. Check out the holiday dates to avoid any disappointment whilst visiting Penang.

*Protip: Rent a bike in Georgetown for RM10 and explore the historical town on two wheels! Cheap and efficient, cycling is really the most practical way to cover Georgetown and all its amazing sights and tastes. Check out this guide to exploring Penang’s Georgetown on a bicycle.

Where to stay: Jawi Peranakan Mansion via Expedia, from S$101 per night. 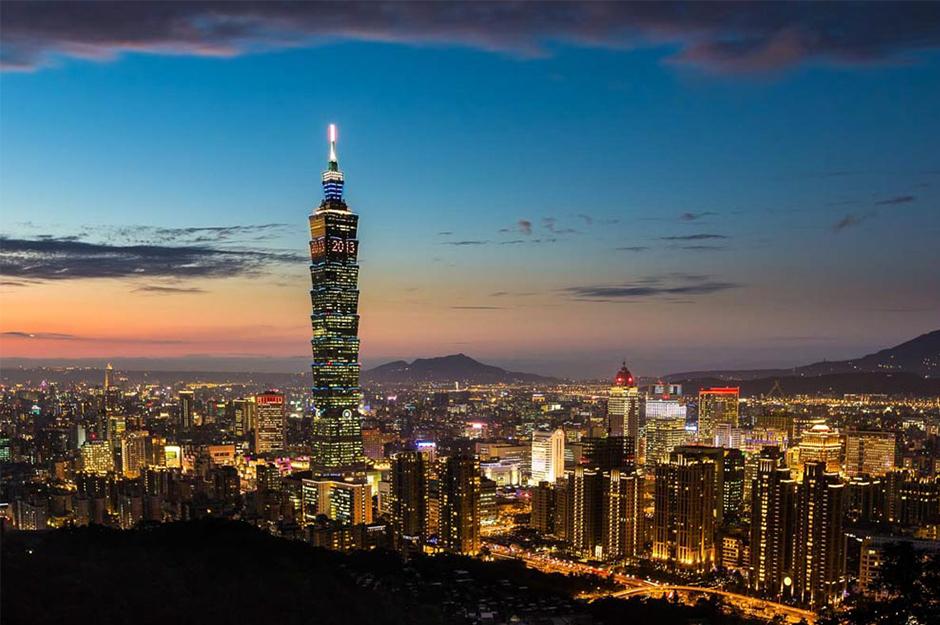 The months of November through March are a nice time to visit Taipei because that’s when temperatures are low. If you are lucky, you may even spot the blooming cherry blossoms in late-March.

From August to September, summer comes and Taipei is usually hot and humid with temperatures reaching 35°C. Staying indoors or cooling down with their famous shaved ice desserts will definitely help with the heat. 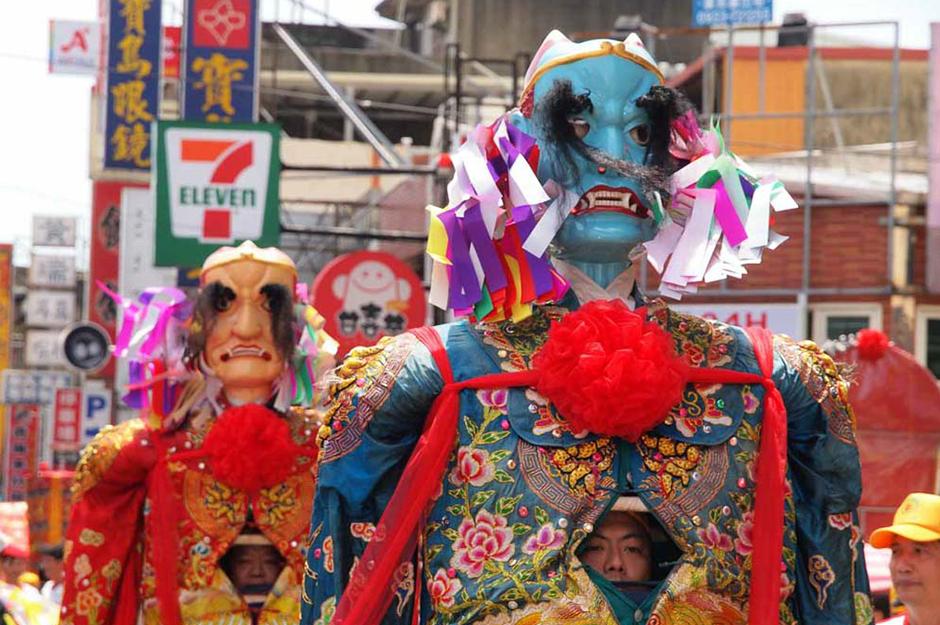 During that same period, Taiwan observes the Hungry Ghost Festival. Elaborate rituals fill the city and are quite an eye-opener. As Taiwanese generally do not travel during the Hungry Ghost Month, hotel rates tend to be low. However, do note that Taiwan experiences typhoon activities annually between July to September – do keep up to date with the weather forecast!

However, do note that Taiwan experiences typhoon activities annually between July to September. Do stay up to date with the weather forecast!

*Protip: Once you have confirmed your flight tickets from Singapore to Taiwan, check out if there are any freebies for redemption at the Taiwan Tourism Bureau in Singapore. Freebies that are usually given out include MRT passes and travel vouchers.

Where to stay: Chill Roof Hotel via Expedia, from S$115 per night. 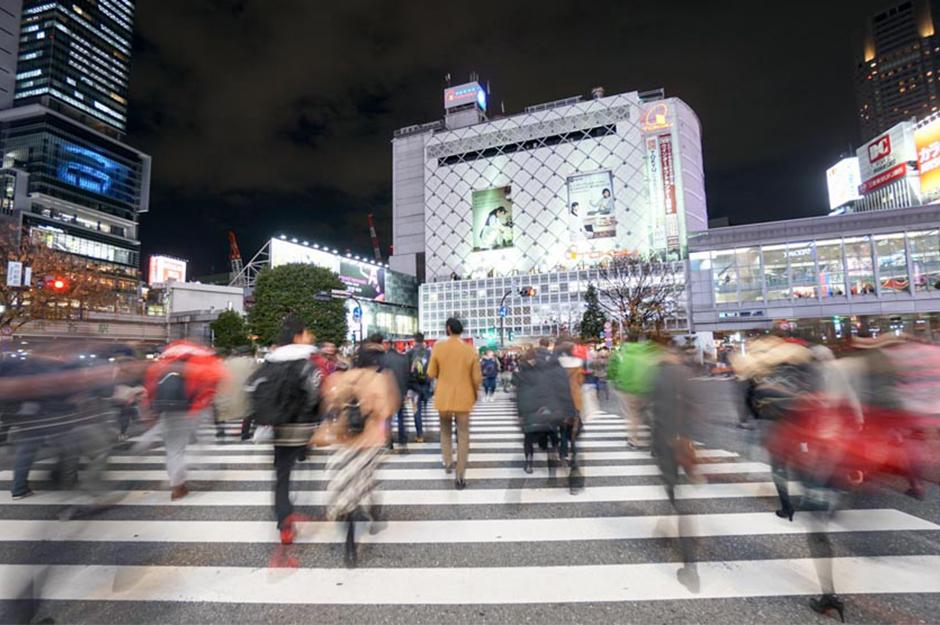 Japan is a travel destination well-loved by tourists all year round, so there might not really be an obvious low-peak season, although the obvious would be to avoid visiting Japan during spring when cherry blossoms bloom and cover entire streets in pink – super pretty, but insanely crowded. 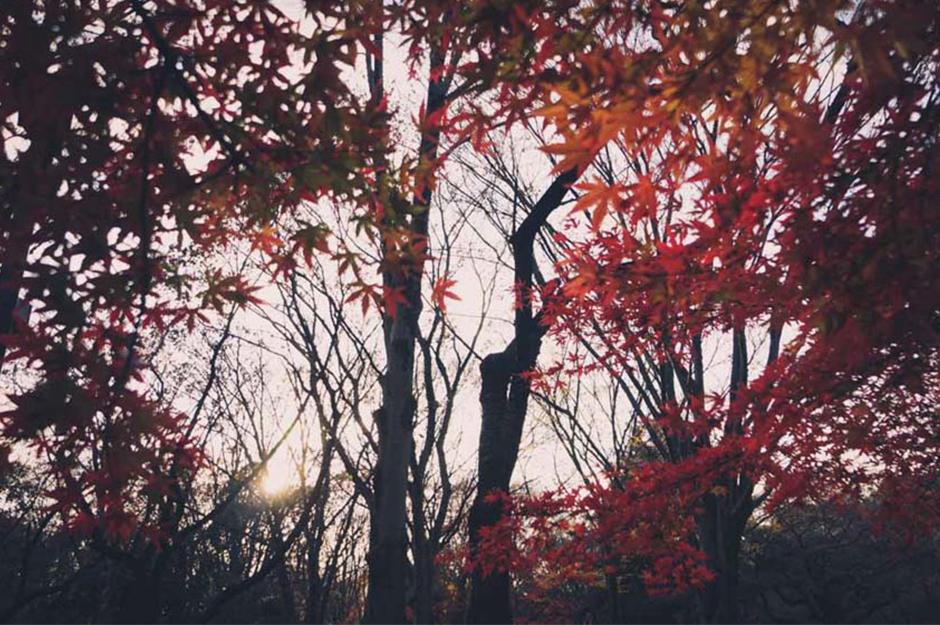 The place is also exceptionally beautiful in autumn, when the leaves turn red and start to fall. Tourist crowds start to lighten from late autumn through to March though. It is wise, though, to watch out for other peak periods, such as the Golden Week holidays (29 Apr – 5 May), when local tourists from other prefectures flock to Tokyo as well.

*Protip: Get a JR Pass. If you are travelling out of Tokyo to different cities such as Osaka, Kyoto, Hiroshima, etc. during your trip, getting the JR Pass will save you a lot of money as compared to buying separate tickets.

Read our comprehensive JR Pass guide to find out more.

Where to stay: Richmond Hotel Tokyo Mejiro via Expedia, from S$120 per night. 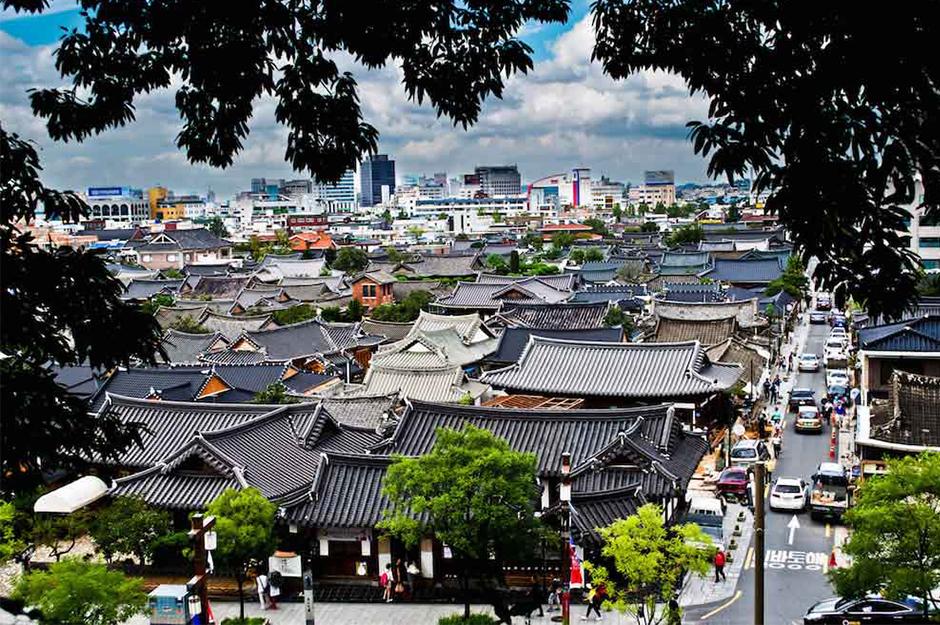 Seoul has been a popular destination among tourists for years, primarily due to Korean drama and K-pop influences. The metropolitan city is always packed with tourists from all over the world all year round.

There is, however, a sweet pocket of time when crowds are typically smaller, and that’s between September and November. Summer breaks are over, and locals visiting from other provinces return home. 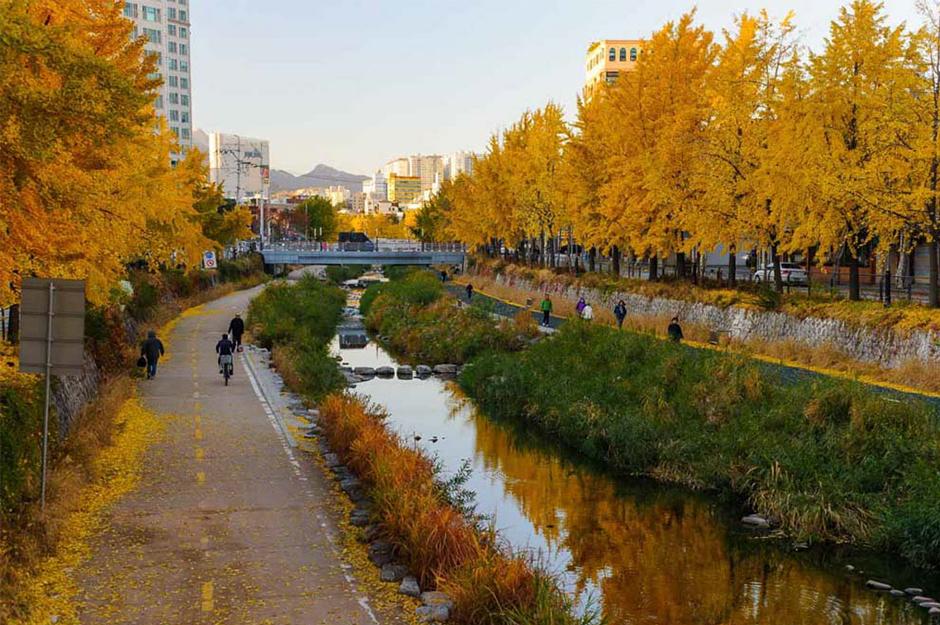 It is also the best season to visit Seoul as the weather is cool. Take a relaxing stroll down Cheonggyecheon Stream, and hear the brown foliage whistle against the autumn winds.

*Protip: Some major underground train stations in Seoul have shopping areas, and prices tend to run cheaper than malls or even popular shopping districts like Myeongdong.

Where to stay: Lotte City Hotel Mapo via Expedia, from S$181 per night.

Besides shopping, Seoul is also a food paradise! Check out our guide on 15 things you have to eat in Seoul. 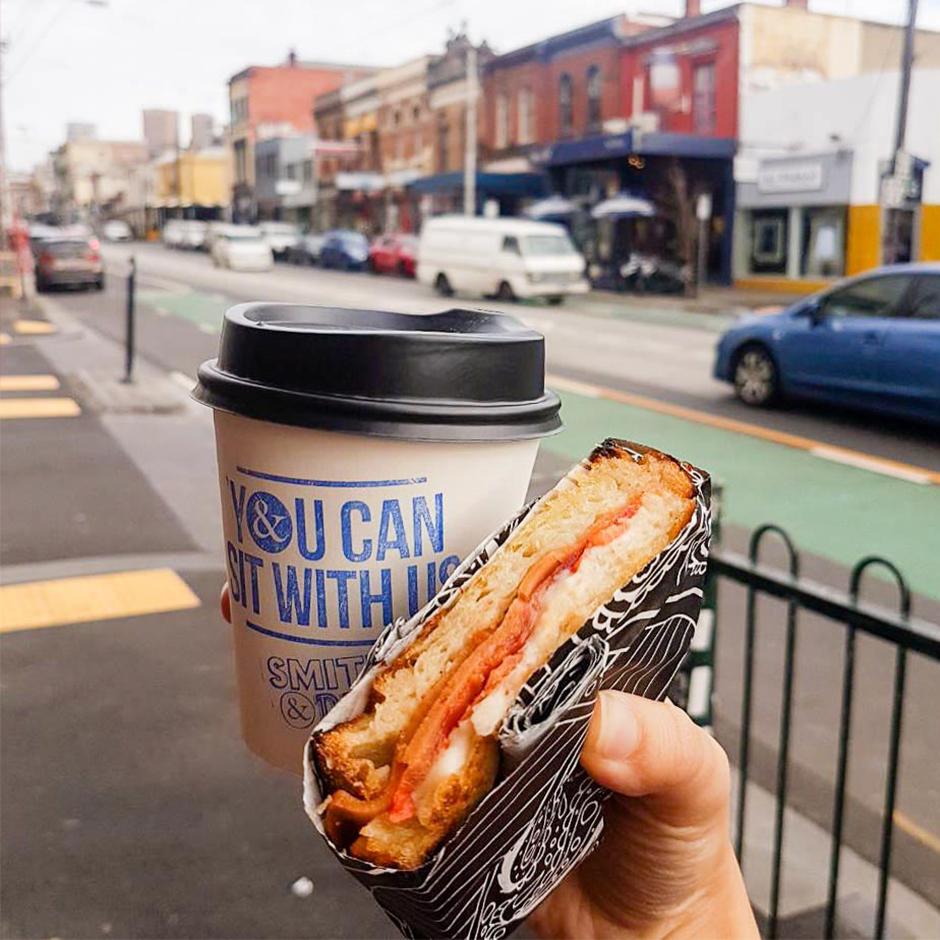 The lowest peak season of Australia would have to be during the winter months of June to August. Daylight is short, and berry farms and vineyards close as plants go into dormancy. Melbourne feels like a giant sleepy town during winter - perfect for those who love a relaxing holiday to unwind.

You can still stroll along Melbourne’s beautiful coastal walks at St. Kilda and try to spot some penguins! Or simply enjoy aromatic cuppas at many of Melbourne’s famous cafes. When night falls and the chills set in, warm yourself with a cup of mulled wine at a Winter Night Market. 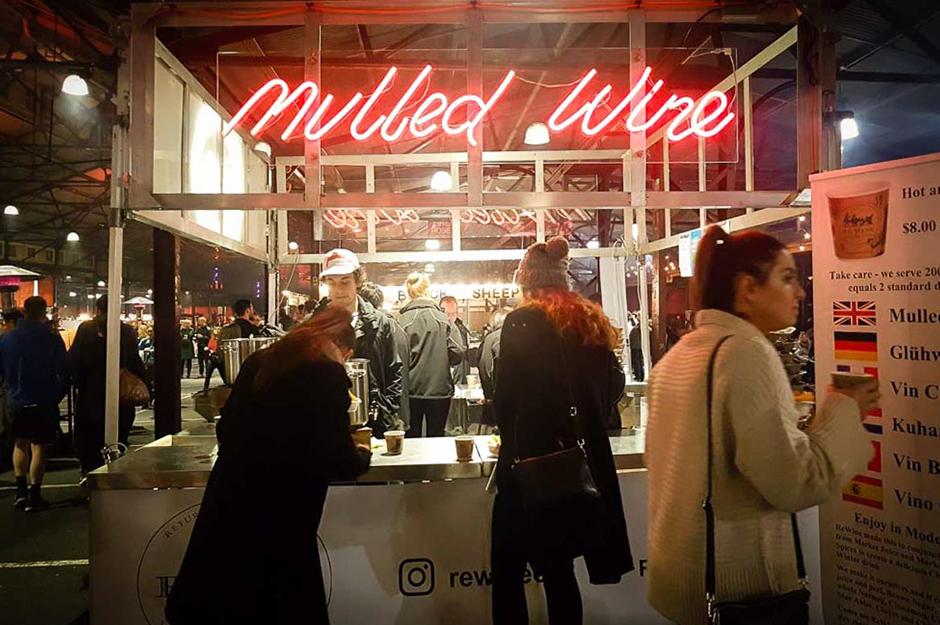 If you are feeling adventurous, rent a car and go on a road trip! Be inspired by Rachel’s guide on some off the beaten path road trips in Melbourne.

*Protip: There are many vintage/second-hand shops along Fitzroy Street. Slowly sift through the items and you might score good buys such as pre-loved genuine leather handbags at very low prices!

Where to stay: Platinum City Serviced Apartments via Expedia, from S$168 per night. 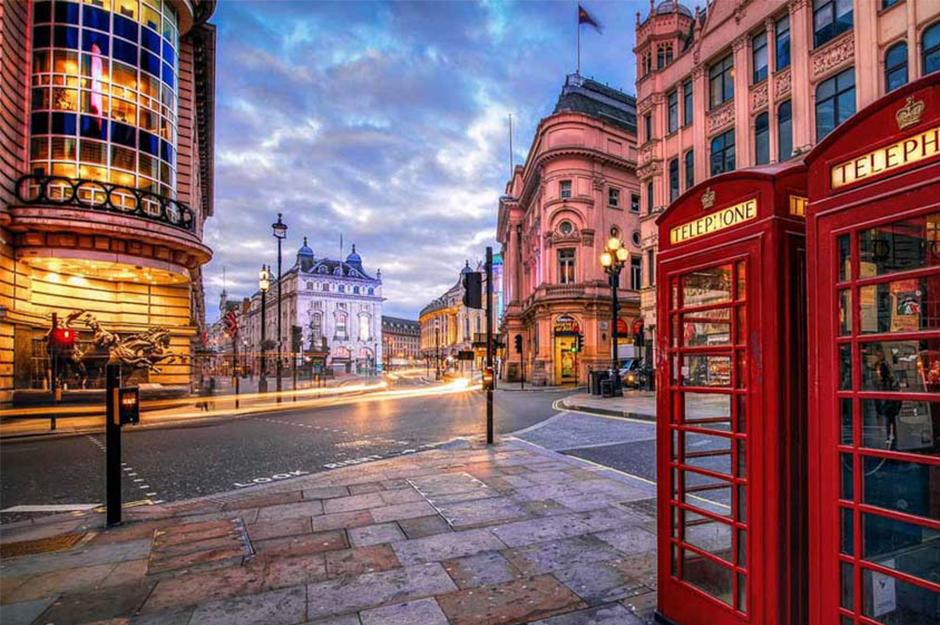 Low season is between the months of November to March, and outside of the Christmas holiday period. Airfares and hotel room rates are at their lowest during these times of the year when the weather is cooler, although there's a high chance that London will be shrouded in rain clouds. 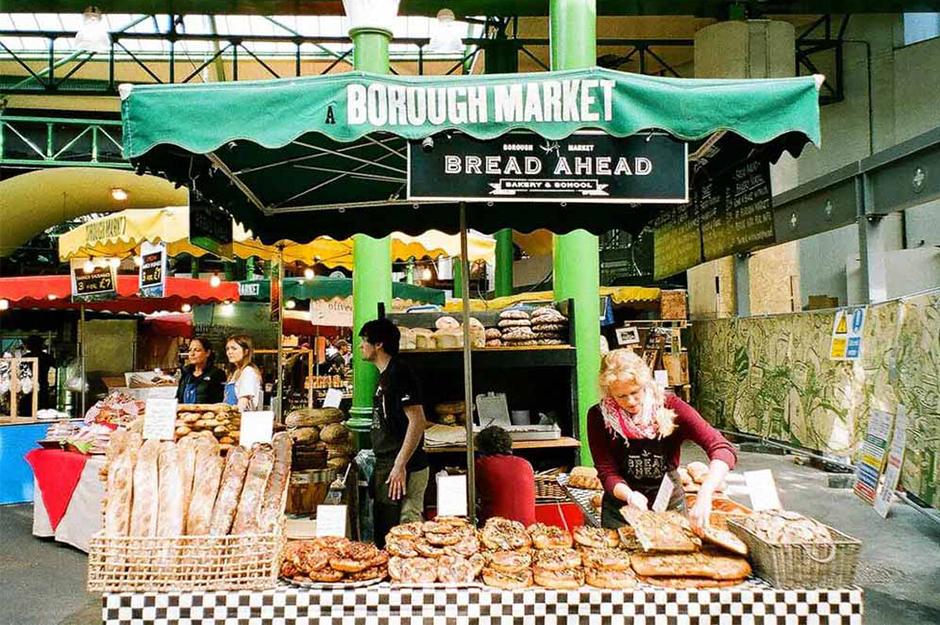 Arm yourself with a trusty brolly and hit up Borough Market! Besides having a wide array of local produce you can purchase, many shops also give out small bites for sampling.

Where to stay: K+K Hotel George London via Expedia, from S$166 per night. 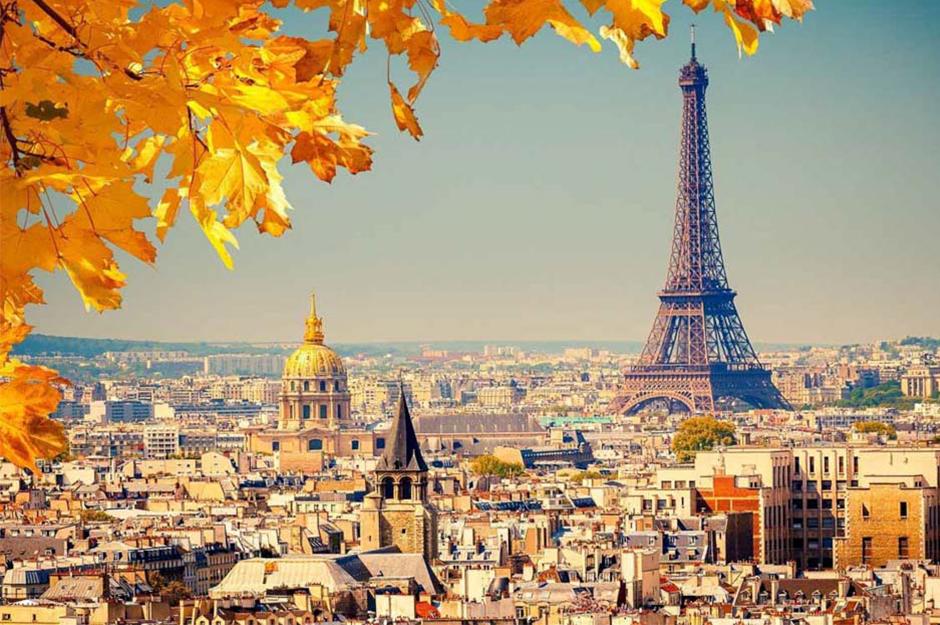 Prices for hotel and restaurants tend to creep high when Paris holds major events such as the Film Festival (April), Tour de France (July) and Fashion Week (September). Also, places of attractions such as The Louvre, Château de Versailles and Sacré-Cœur will be packed like sardines during the summer months due to the summer break. 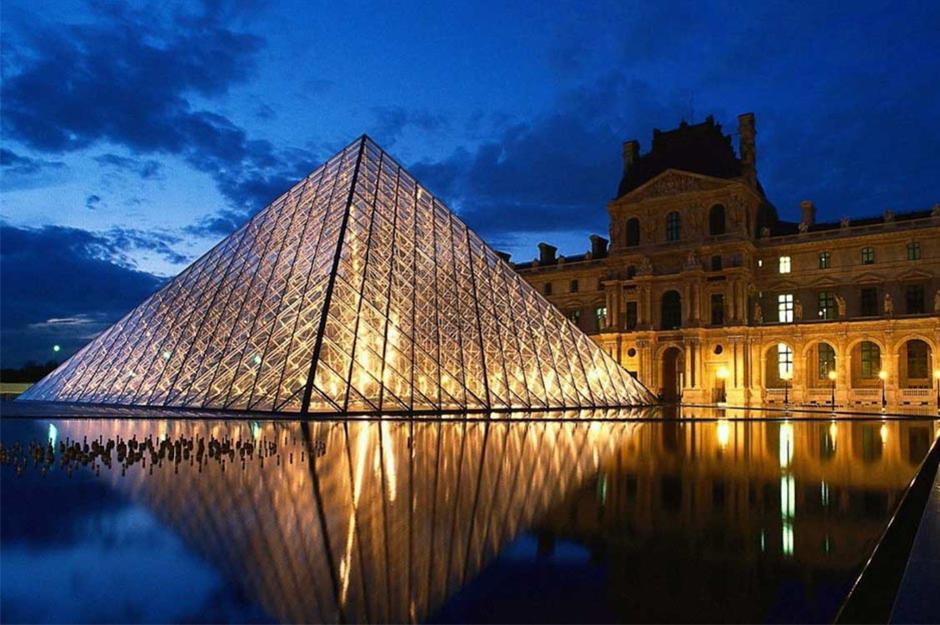 So, the best time to visit Paris is during the cooling months of November through March when museums lines are shorter, and you have fewer photo-bombers in your selfie with the Eiffel Tower.

If you are on a tight budget but want to try an authentic French restaurant, head to the Bouillon Chartier. This no-frills restaurant that is loved by locals is also my personal favourite. Mains are around €10, and house wines are as cheap as €2 per bottle.

*Protip: Eating cheap is the one way to maximise savings while travelling in Paris. It’s not difficult to find Middle Eastern eateries in Paris selling big portions of grilled meat at less than €10 - great deals for hungry tourists on a budget.

Where to stay: Auberge Flora via Expedia, from S$154 per night.

We hope you found the above budget hacks useful and learnt a few ways to maximise your savings on a holiday.