< Itineraries
Credit: The Luxe Nomad
May 2018

Barcelona is a city bustling with beautiful sights and photo opportunities, from the famous to the hidden. Time your visits right and you’ll see them in their best lights – and away from the inevitable hordes of tourists. 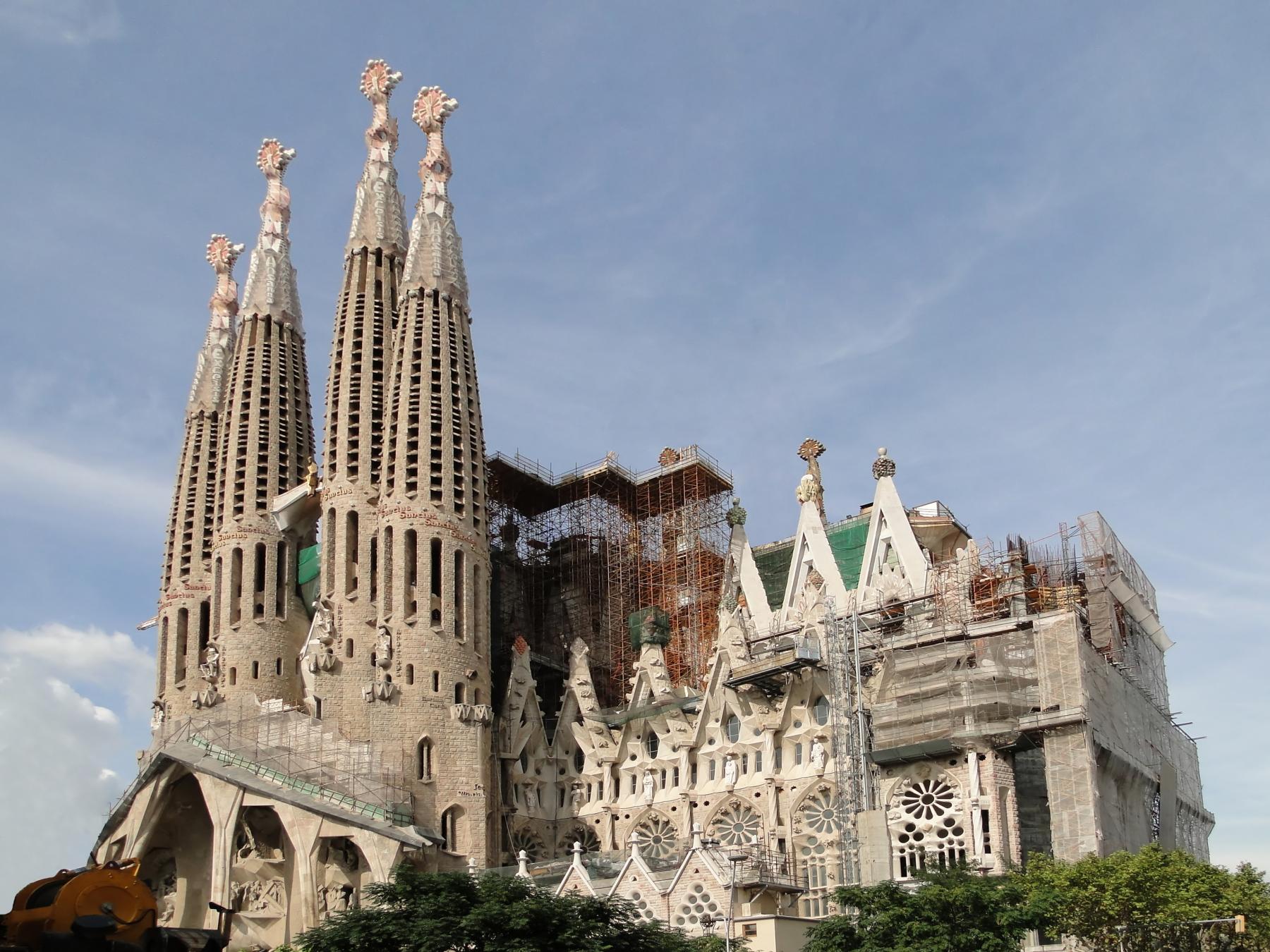 You can’t miss Gaudí’s church as you truck around Barcelona, and chances are you’ll wind up here if you haven’t yet seen it. Beginning construction in 1882, and with an expected completion in 2026 (the 100-year anniversary of Gaudí’s death) the icon of the city is also probably one of the most snapped. You can find some pretty great views of the church from around the city, but the Ayre Hotel Rosellón rooftop bar provides one of the best. If you want a photo within the church’s walls, head there early to avoid the queues.

Mid-morning: Up on Mont Tibidabo 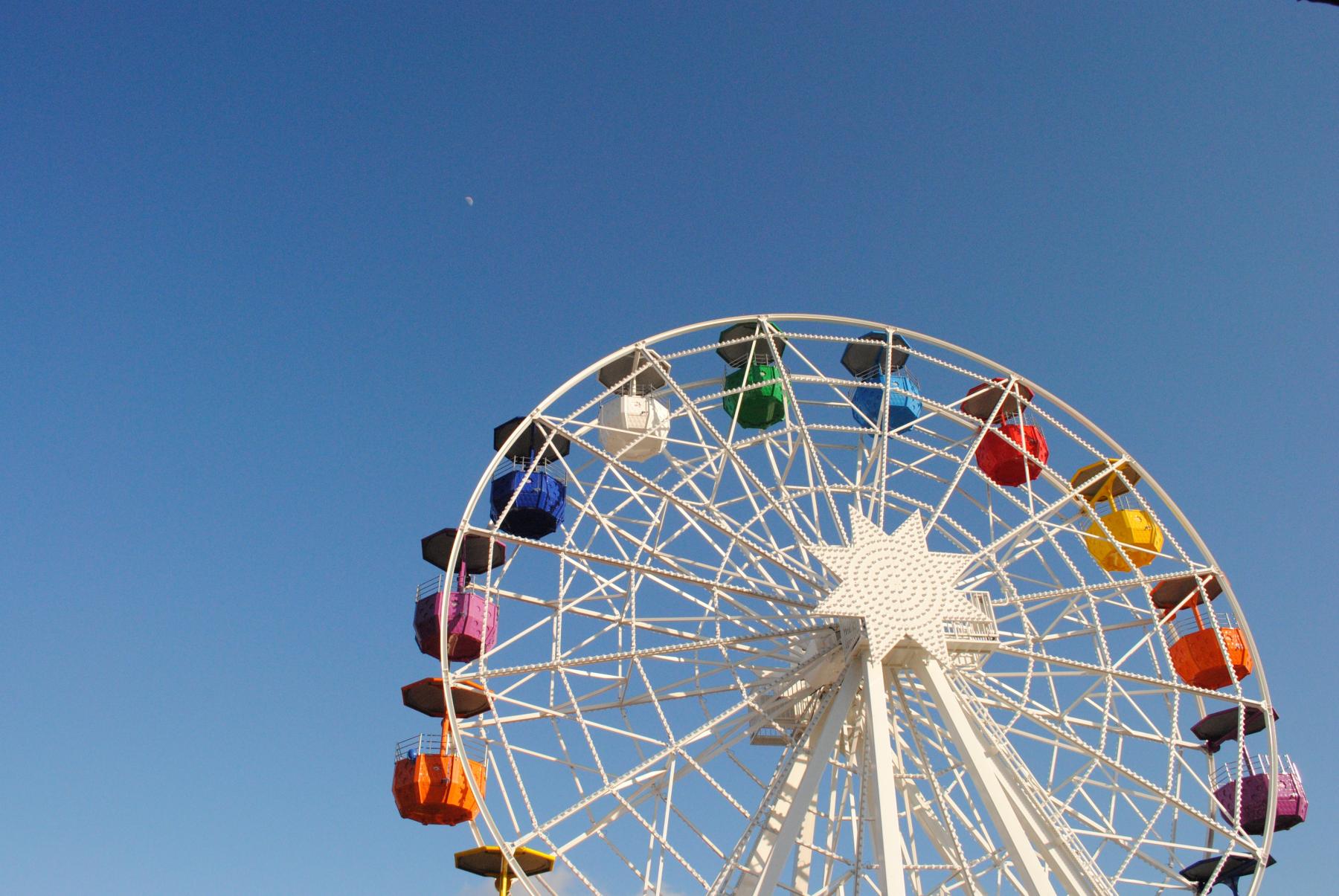 If you’re looking for something romantic, or just want a killer view of the city, head to the 1905 built Tibidabo amusement park perched atop Mount Tibidabo to see Barcelona in the sunshine. Legend has it that the mountain is also the first place the Devil tempted Jesus with the phrase “All this I will give you if you kneel down”. Don’t miss riding the Tramvia Blau streetcars across Barcelona to get to the funicular station at the base of the mountain. With a fleet of seven classic streetcars dating from 1901 (with one being open-air), they will see you traverse some of Barcelona’s best (and greenest) neighbourhoods in vintage style.

Brunchtime: Around the Torre Glòries 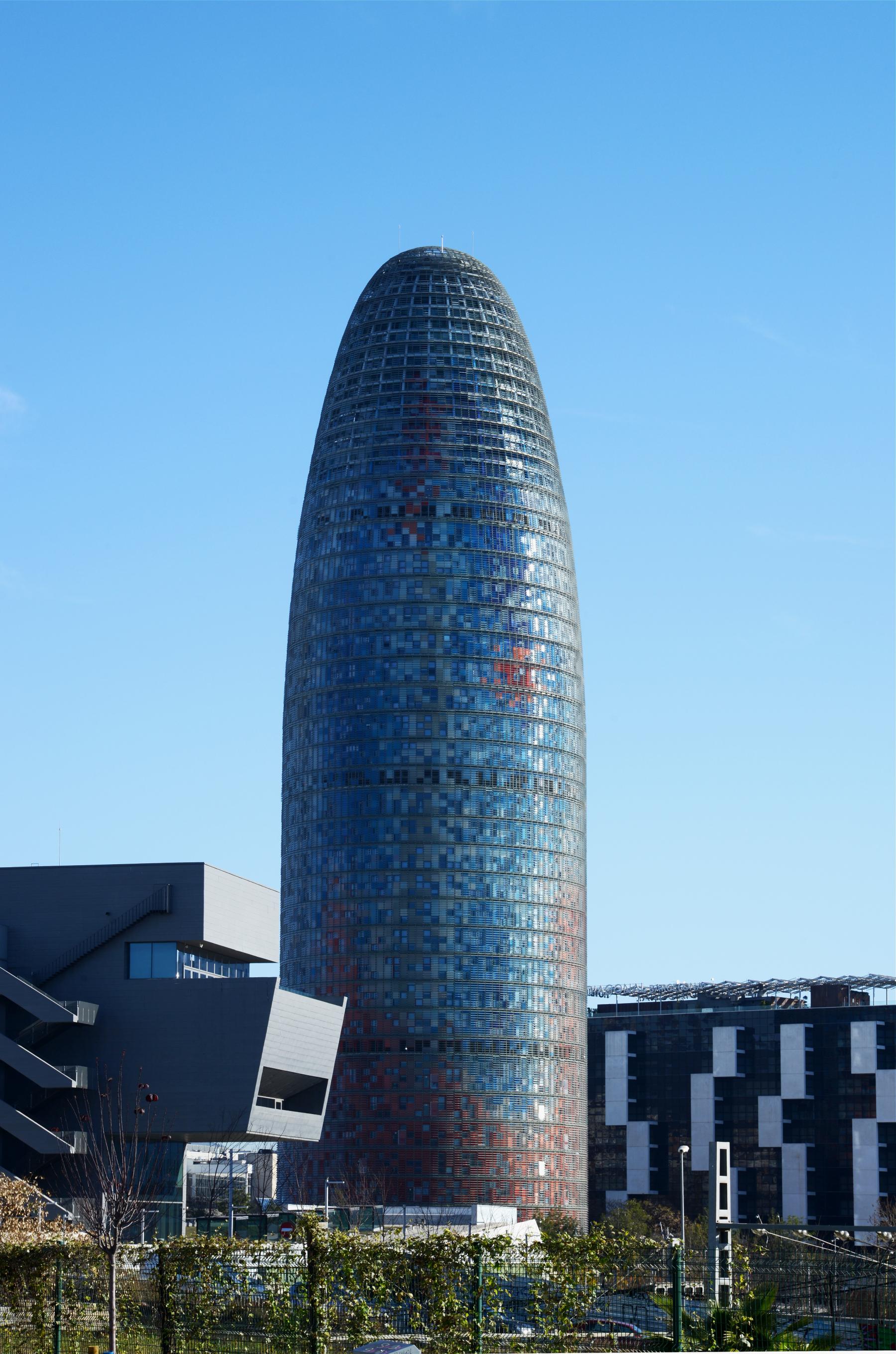 The Torre Glòries has been called many things (namely the Torre Agbar before recently being renamed) and initially caused quite the controversy with many claiming it did not fit in with the Catalan architectural style. The tower shimmers day or night, but is especially beautiful when you can catch the Spanish sun glinting off its multicoloured windows. 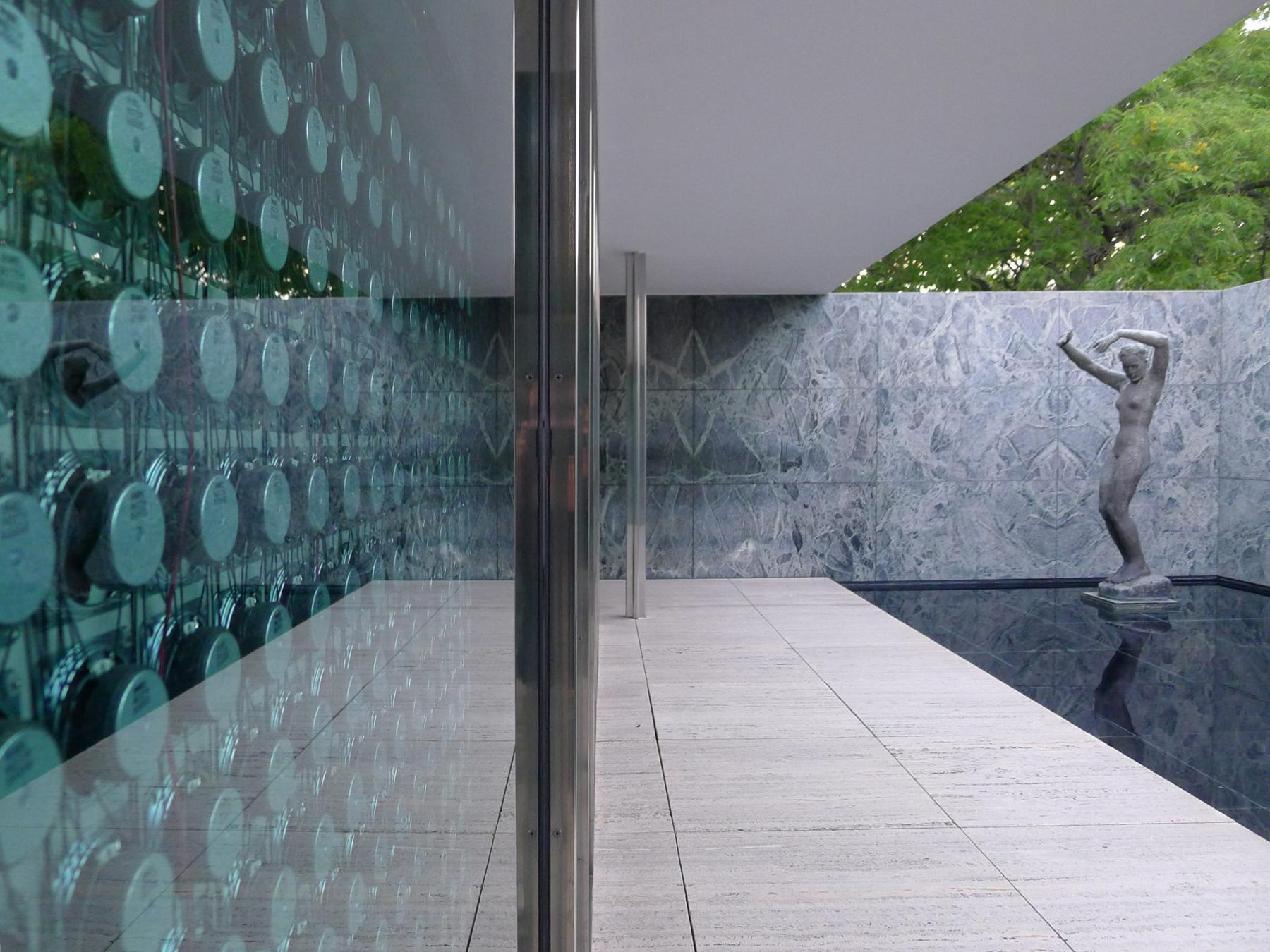 Duck out of the midday sun and find refuge in the reconstructed Barcelona Pavilion by Mies Van der Rohe. It was originally designed for the 1929 International Exposition in Barcelona and remains one of the most iconic examples of modern design. Sitting at the base of Montjuic, don’t miss a visit to the pavilion to see one of the first examples of the ever-so-popular open plan concept done up in luxe marble and onyx.

Mid-afternoon: The beach of Barceloneta 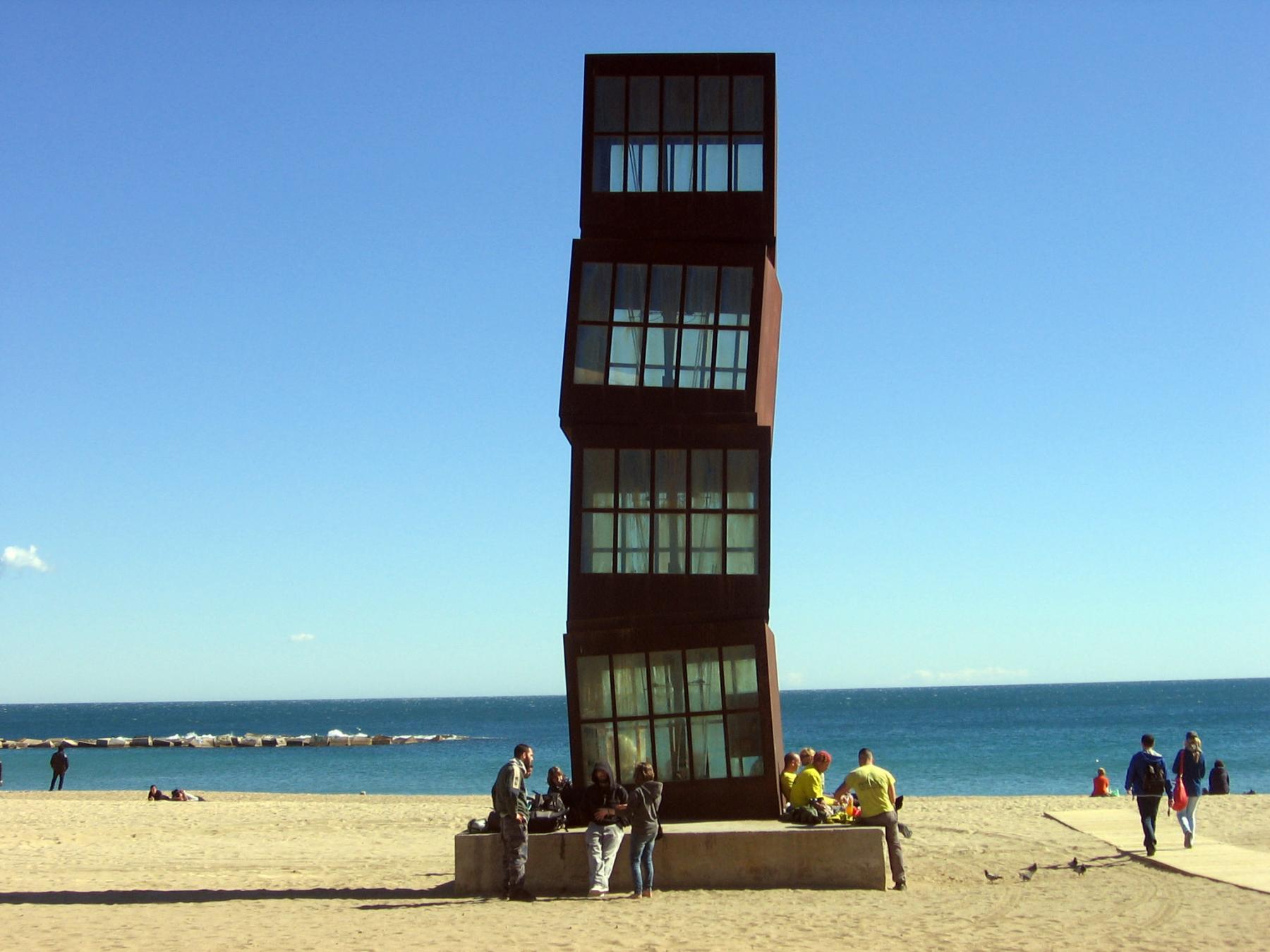 Post-siesta, head over to Barceloneta for some people-watching. But before you get your sunbathing on, don’t miss Rebecca Horn’s L’Estel Ferit or “Injured Star”, a sculpture of 4 stacked Corten boxes in the sand. 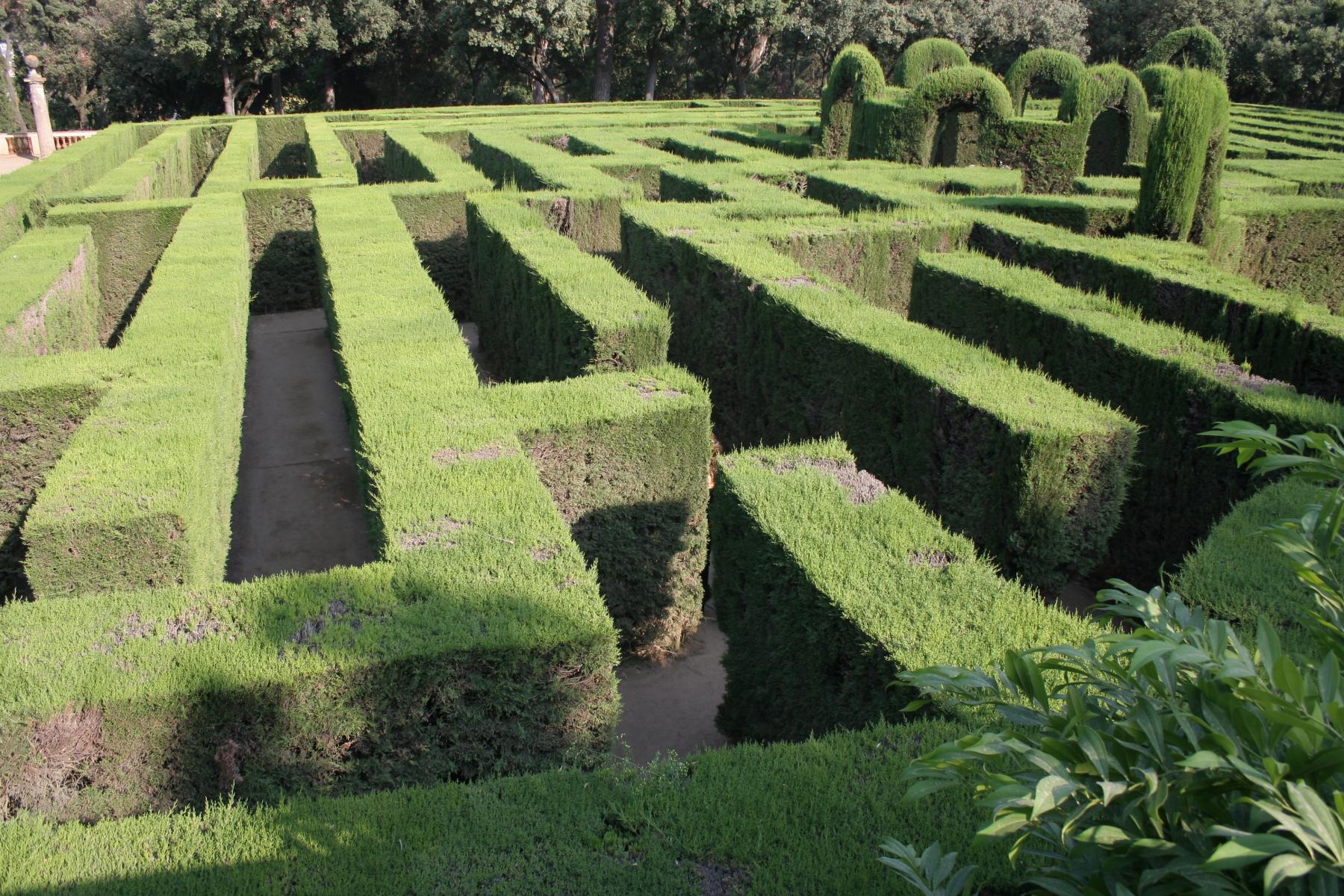 Get lost like Alice (or terrified ala The Shining) in one of the oldest hedge mazes in the world. Designed in 1792 by Domenico Bagutti, the hedge maze makes up only a fraction of the 55-hectare park. Exhibiting both romantic and neo-classical stylings, the gardens are widely considered the most beautiful in Barcelona with insta-worthy bridges, ponds and mythological statues hidden throughout. 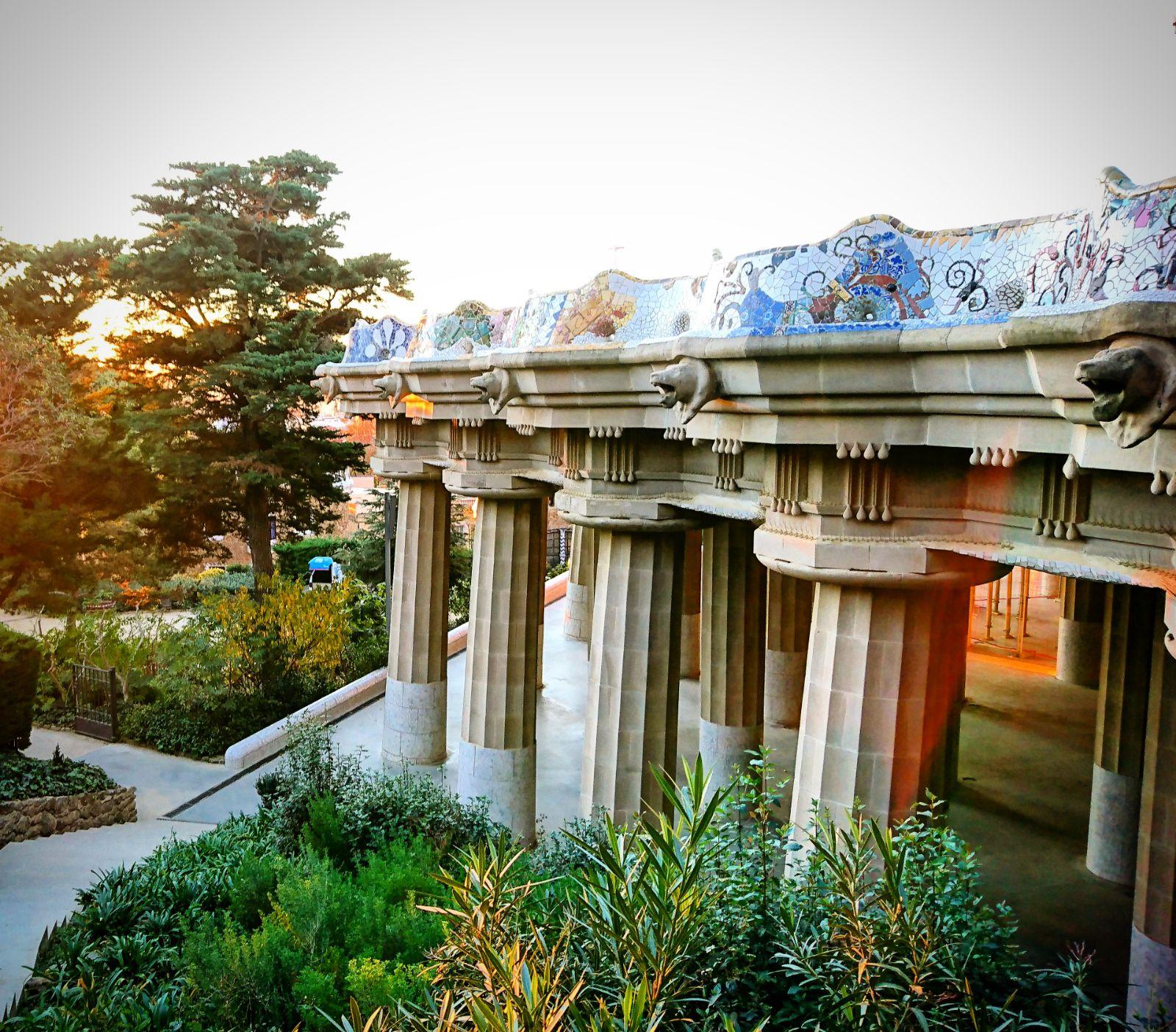 Another of Antoni Gaudí’s masterpieces, Parc Güell is a must on almost all tourist itineraries (meaning it can get busy). The park is full of symbolism and references, so to get more bang for your buck, do some research before you go or sign up for a tour. To be there at sunset? #Barcelona.

Where: Parc Güell in the Gràcia district

After dark: The roof of Casa Milà 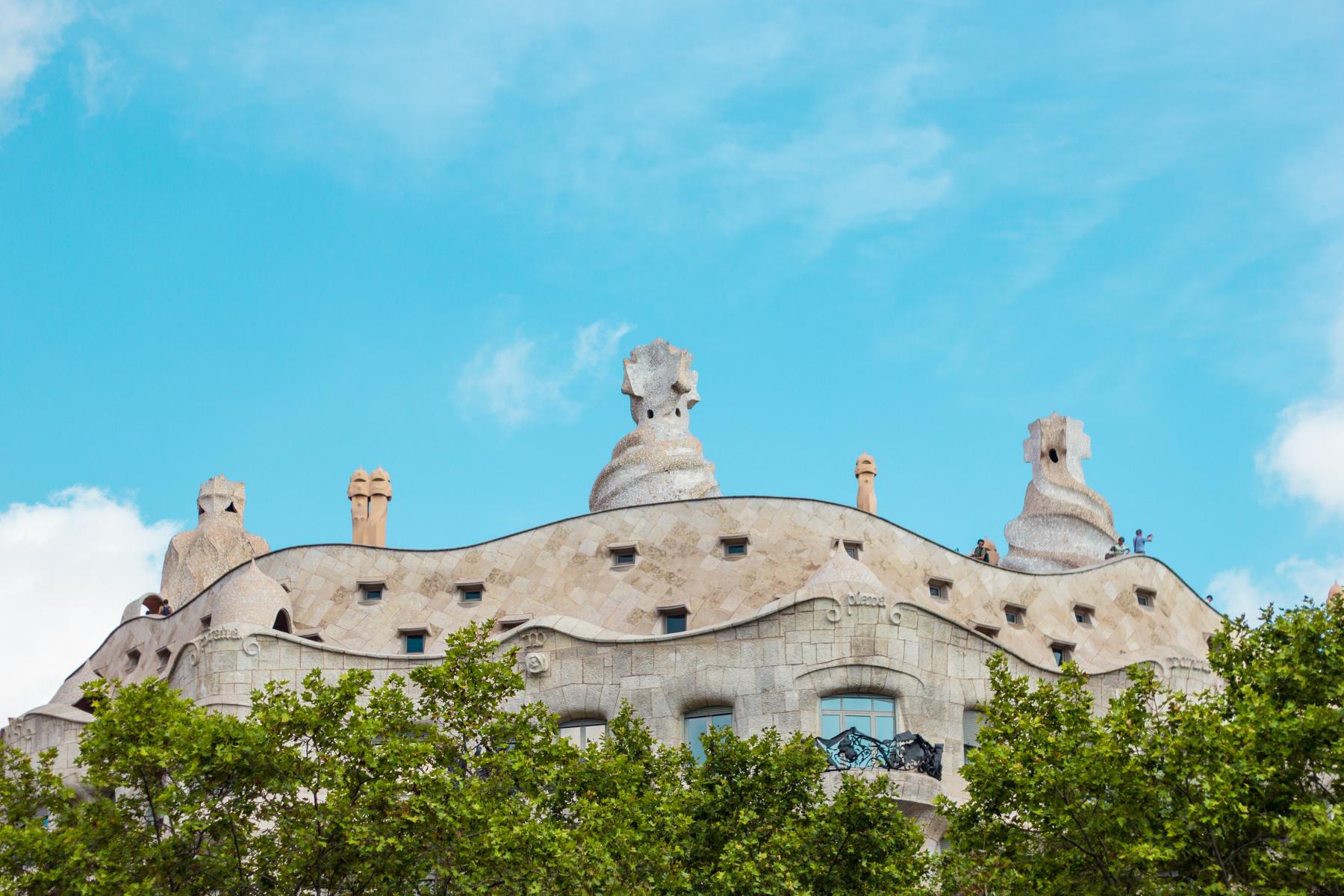 Commonly known as La Pedrera, Casa Milà is a must on the Gaudí tourist trail. And, while a stroll amongst the sculptural chimneys is definitely worth the crowds, Hotel Omm’s Rooftop terrace and pool offer a more distant perspective, with fewer crowds, more drinks, plus a pool.