Unlike Australia’s Great Ocean Road or Iceland’s Ring Road, Germany isn’t very well known for its road trips. So what gives? What compelled me to take a week-long road trip in Germany? That’s where *cue drumroll* the “Romantische Straße” comes in.
The “Romantic Road”, as its English translation goes, is a scenic road that takes you through quaint towns and the Bavarian Alps. Yes, yes, the name does sound rather trite but there has got to be some truth to it if it were named as such– and there is. Having done the road trip myself, I have to admit that the route’s charm comes not just from its good mix of countryside landscape but also its quaint towns.
But before we move on to the details, here’s a bit of trivia regarding the “Romantic Road”. The name came about when American soldiers, who were occupying that section of Germany post-World War II, took their families there on vacation. The route soon became a household name amongst various nationalities and now, there are even road signs in Japanese! Alright enough chit-chat. Without further ado, I present to you: the “Romantic Road”. 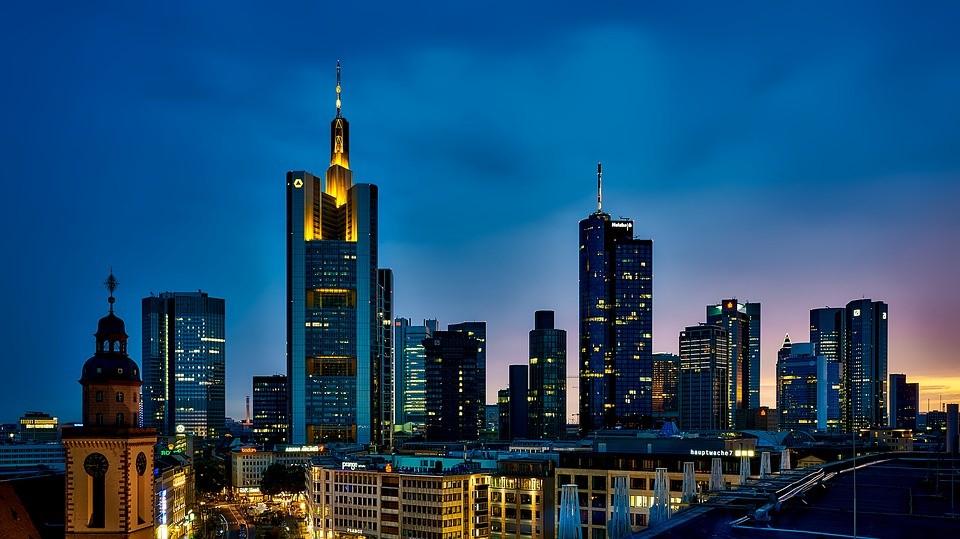 Serving as the financial capital of Continental Europe, home of the European Central Bank as well as the German Stock Exchange, the transportation centre and economic hub of Germany could not be busier. 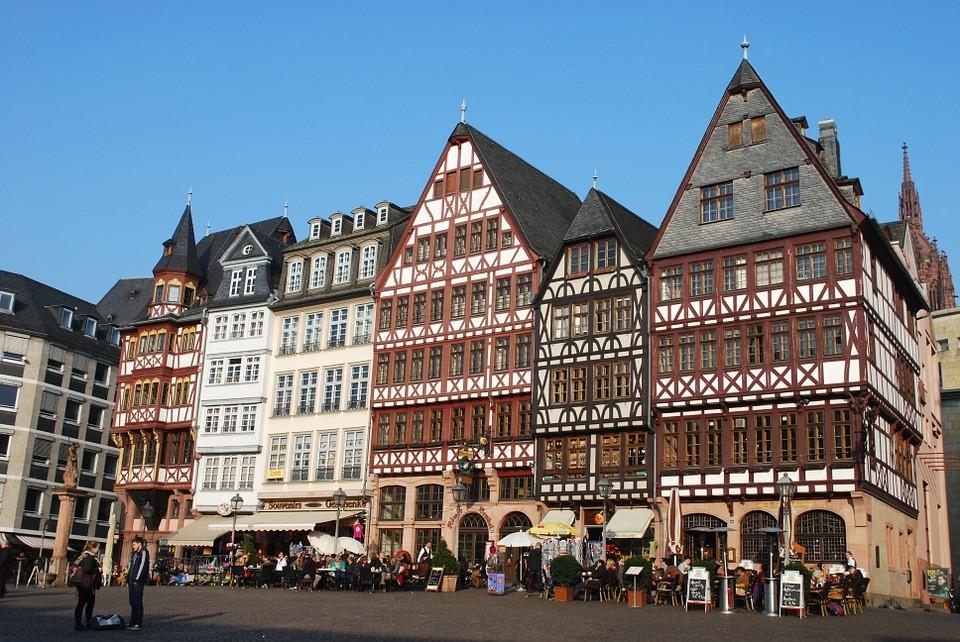 That, however, does not mean Frankfurt has a lack of charm. Be sure to visit Römer square and the Alte Oper for their cultural landscape. Take a stroll along the river Main as well!

I spent the night in Frankfurt. 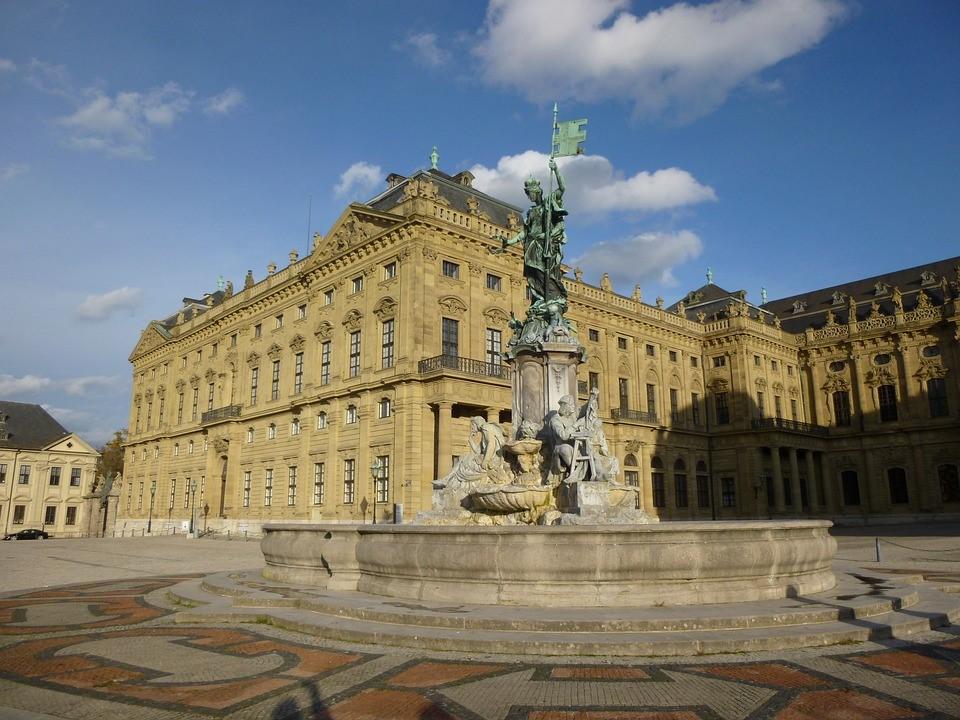 Prior to this trip, I’d never heard of Würzburg before, let alone want to go there. But since it’s part (the start, in fact) of the “Romantic Road” route, I thought I’d check it out. Never have I been so grateful that I did. Honestly, I think Würzburg is one of Germany’s best-kept secrets. The city gets isn’t despite having attractions that are inscribed on the UNESCO World Heritage List.

The Würzburg Residence, designated on the UNESCO World Heritage List, is one of the finer palaces in Europe, famed for its Baroque pieces of art. On top of that, the palace ground plays host to a beautiful garden at its side. Take a five minute walk to witness the city’s square, surrounded by the Würzburg Cathedral, the fourth largest Romanesque church building in Germany.

I spent the night in the next town, Rothenburg ob der Tauber. 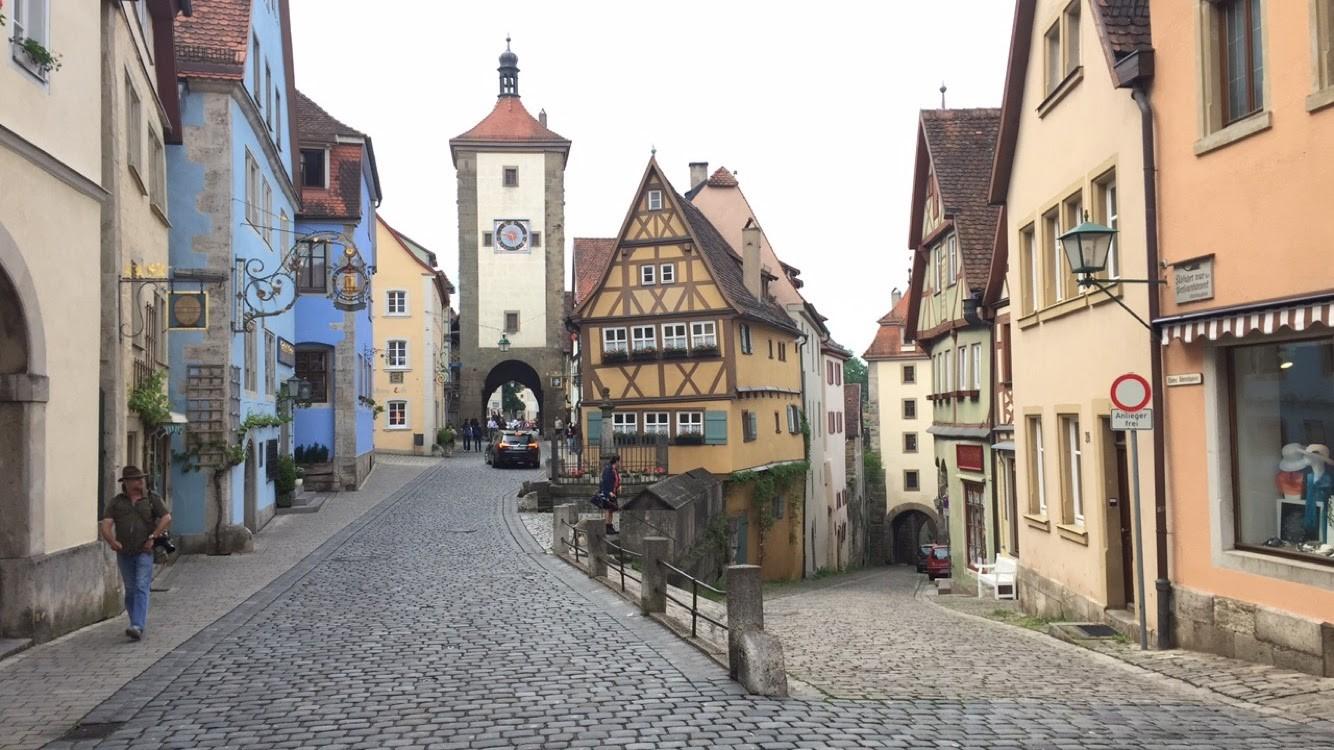 Rothenburg ob der Tauber. The town’s name sure is a mouthful, but the locals refer to it simply as Rothenburg. The town is so small that it’ll take anyone 15-minutes to walk from one end to another, yet thousands visit this quaint town in the summer. The attractions here range from the Market Square to the Town Wall that borders the town itself. 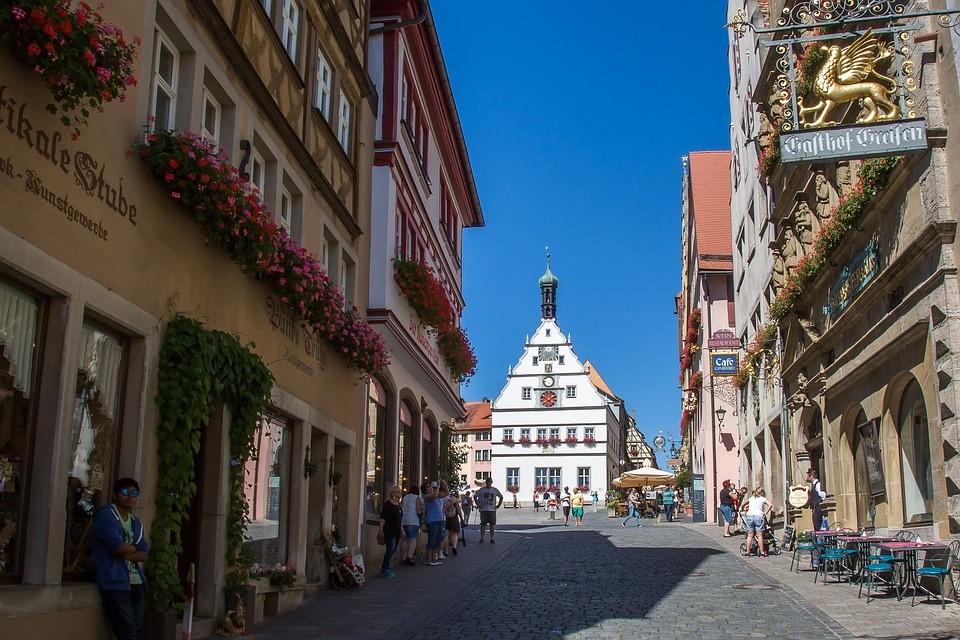 But the main attraction is the simply just the town. This is one of the few instances where the joy of travelling can be experienced in aimless walking, free of any plans or schedules. To be honest, it isn’t hard to see why. Rothenburg is one of those “postcard towns” where every corner presents you yet another photogenic, Instagram-worthy background. To summarise, it’s a gem of a town.

Be sure to check out the famous Night Watchman’s Tour every night at 8pm, from mid-March to Christmas. An entertaining tour, led by a local, that sheds light on the history of this small, quaint town. 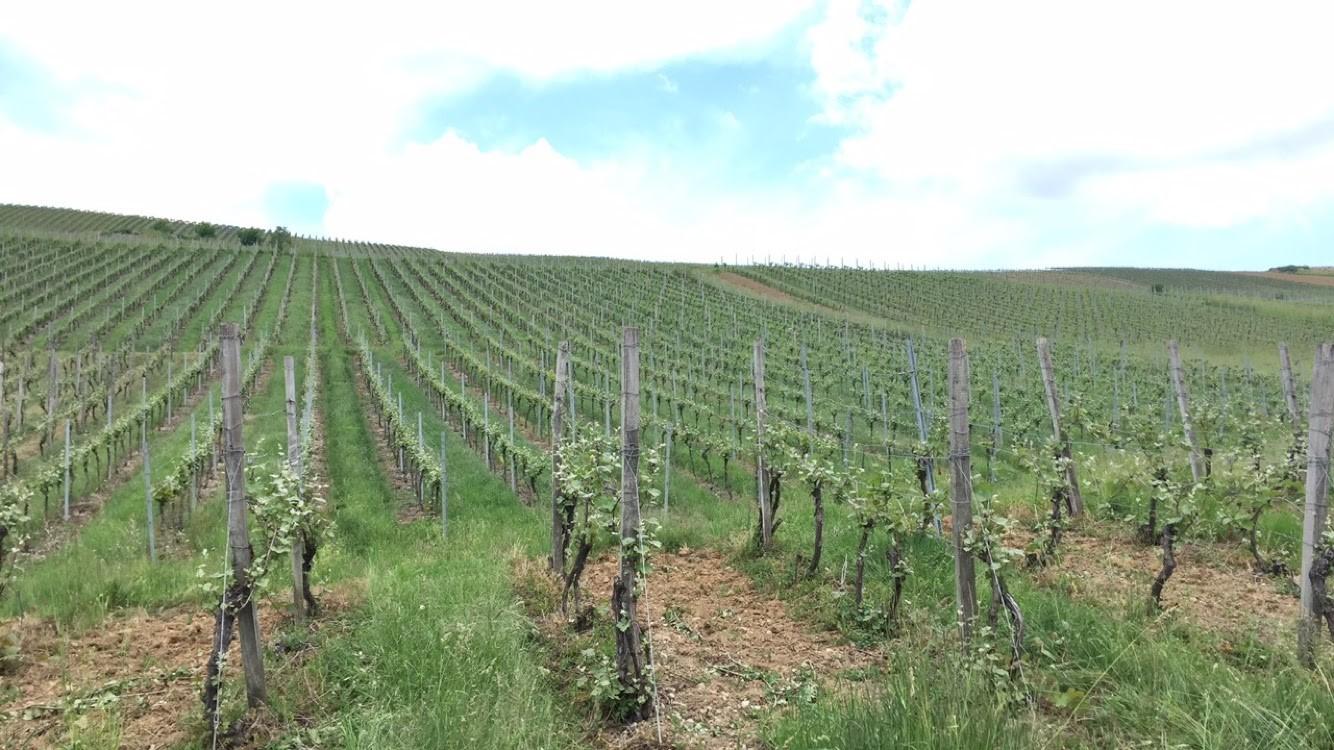 Continue down the “Romantic Road” by driving to Dinkelsbühl where I drove past many vineyards and mountainous regions along the way.

Dinkelsbühl and Weikersheim were relaxing pit stops to just check out different towns with different landscapes and heritages. Weikersheim has a castle, Schloss Weikersheim (built in the 12th Century), which was pretty surprising given that it's such a small town. 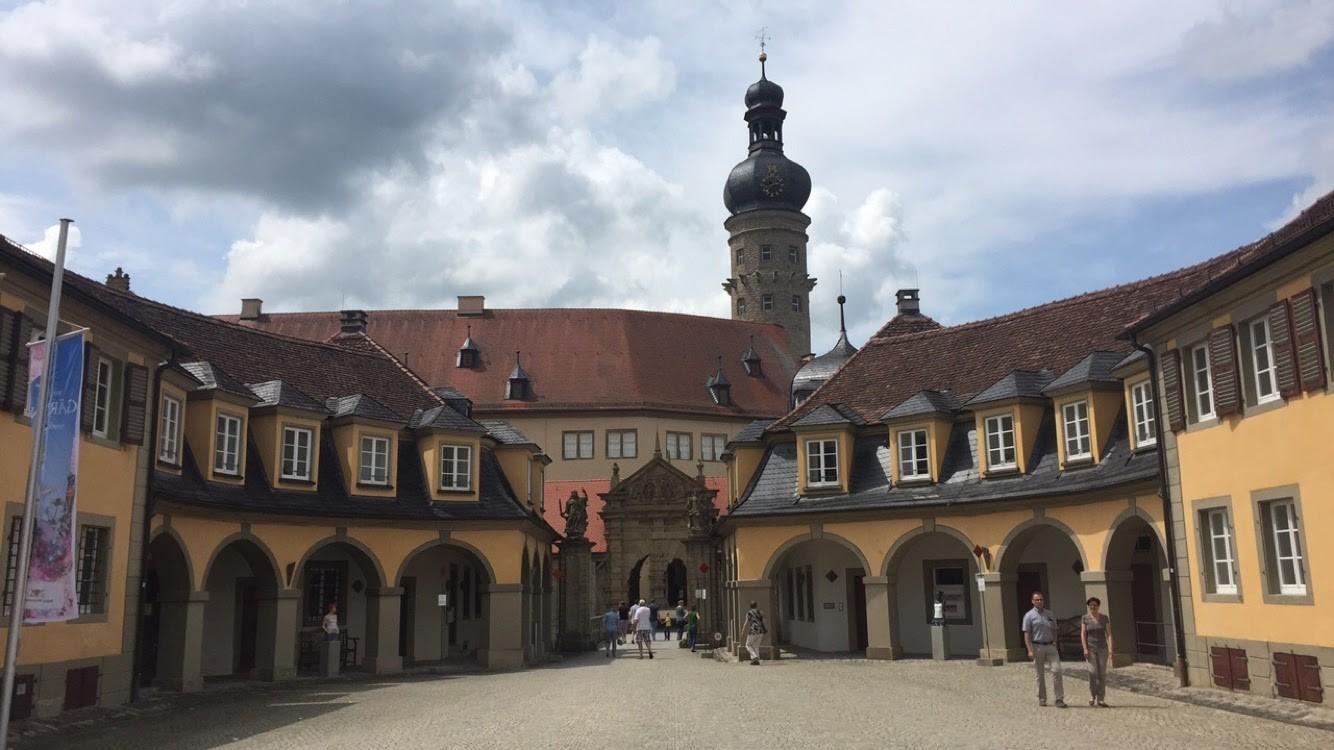 The main catch of Day 5, however, was Augsburg. 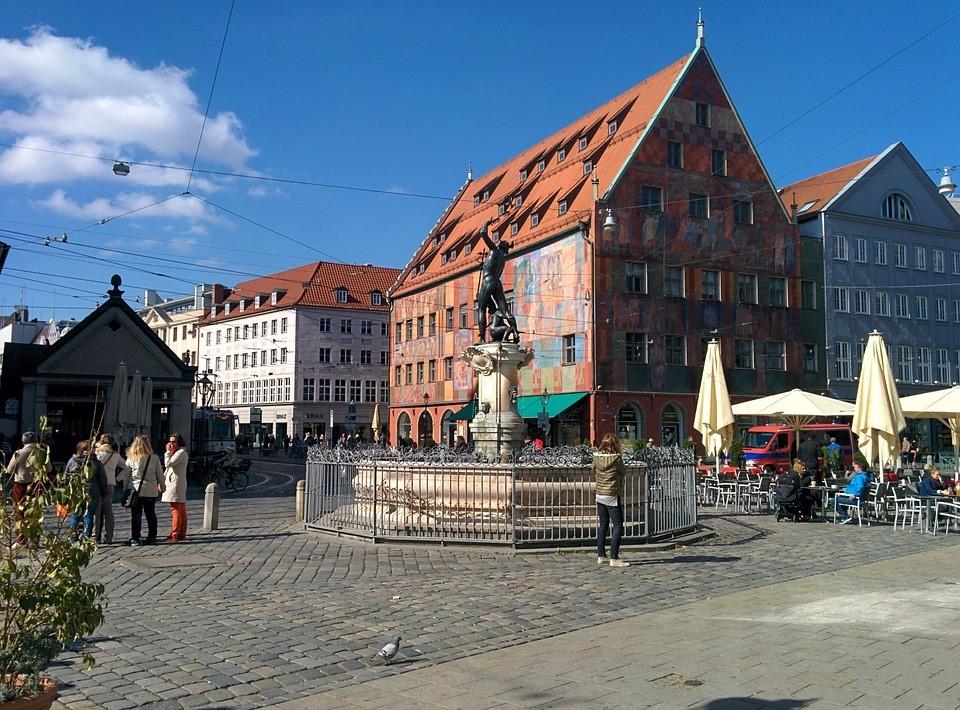 Augsburg, the largest city on the “Romantic Road”, is known for its picturesque buildings, art murals and historical buildings. This rather unassuming city plays host to many historical buildings such as the Rathaus, Dom St Maria, Perlach Tower and Weberhaus, to name a few. 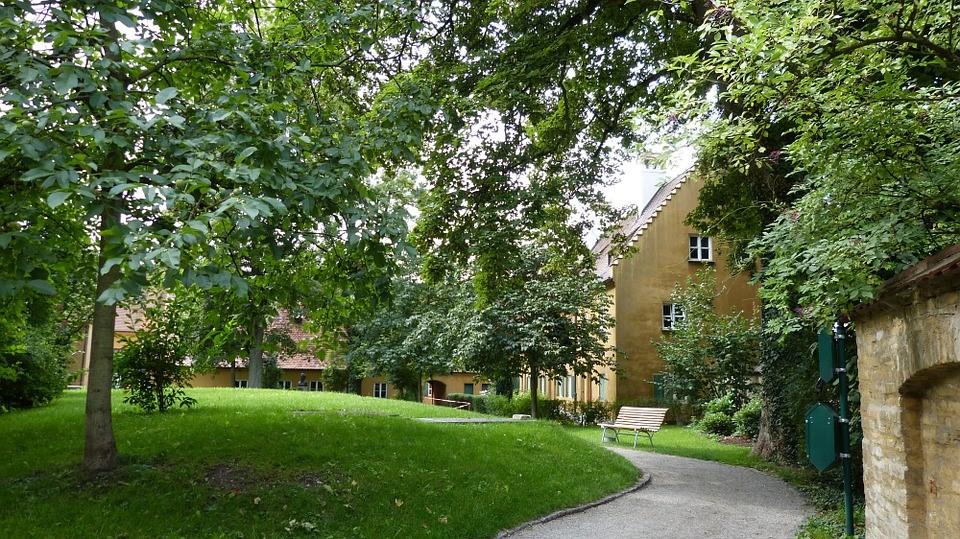 The most peculiar sight in this intriguing city is the Fuggerei – the world’s oldest welfare housing site. What’s interesting is that the Fuggerei is a walled enclave within the city itself, making it very similar to being a small, independent medieval town within a city!

I spent the night in Augsburg. 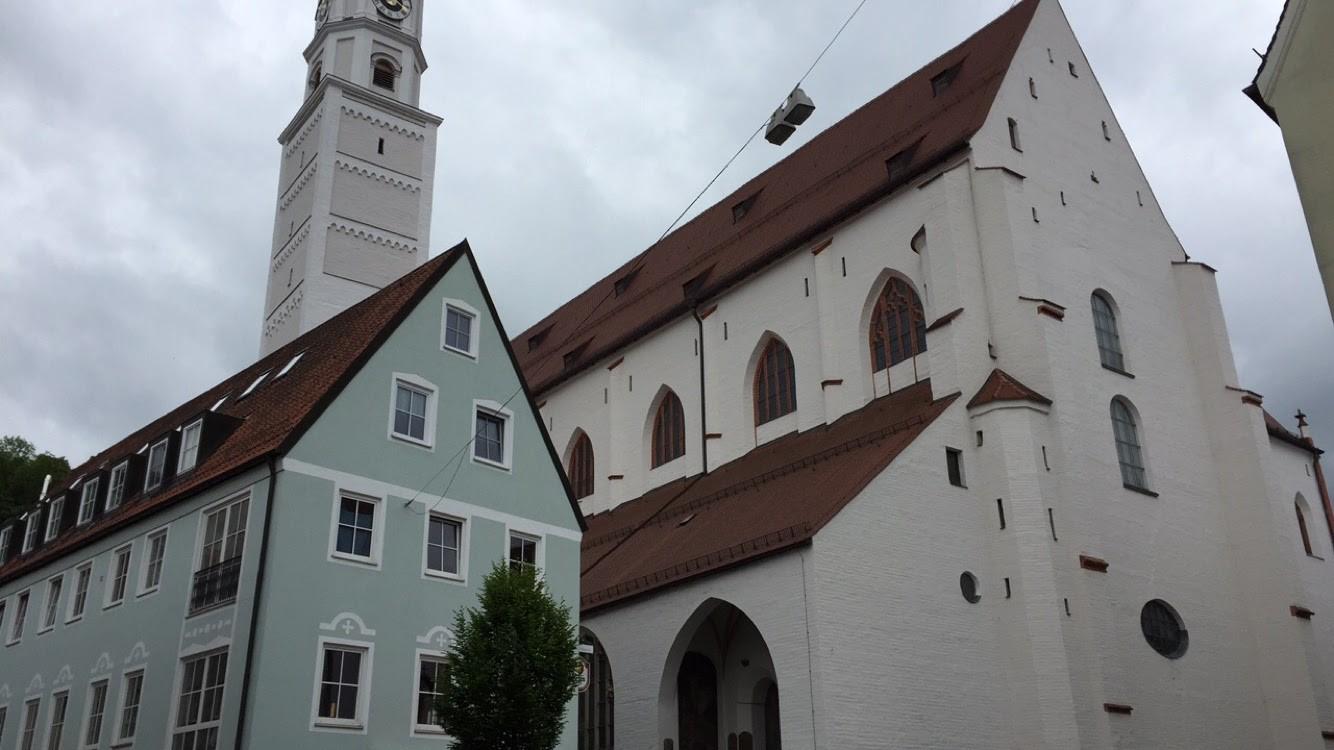 My personal favourite town of the lot – Landsberg am Lech. The town’s vibrant colours, coupled with the fact that it’s situated right next to a river, make it seem as though it were taken straight out from a Wes Anderson film. 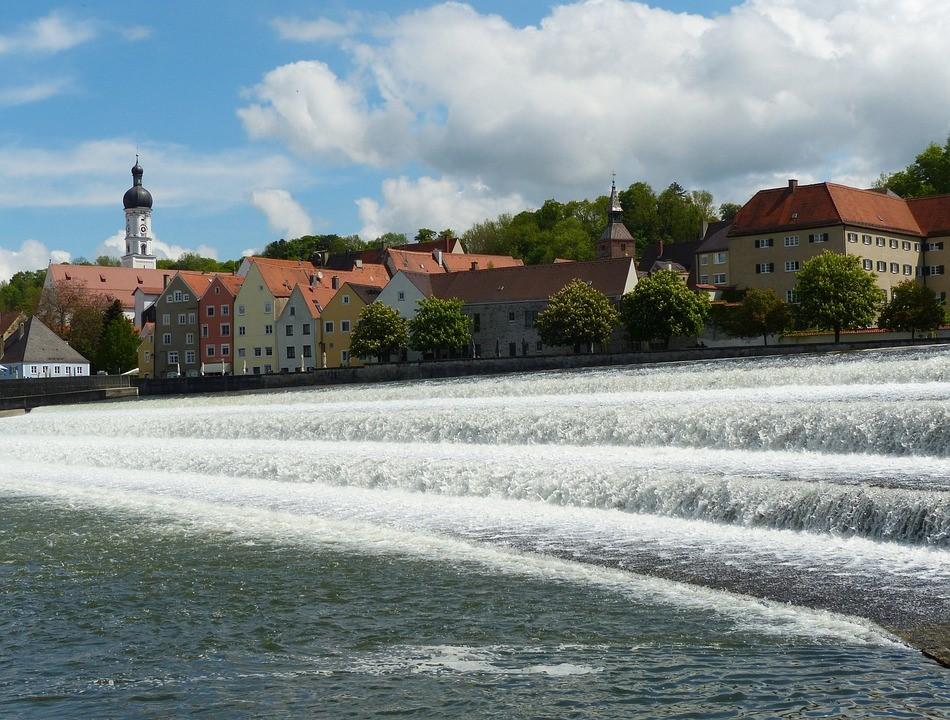 Landsberg is also infamous for being the town of the Hitler Youth back in the days, presumably because Adolf Hitler was once an inmate in the town’s prison. In fact, it was in this very prison that Hitler wrote his autobiographical book, Mein Kampf (My Struggle). 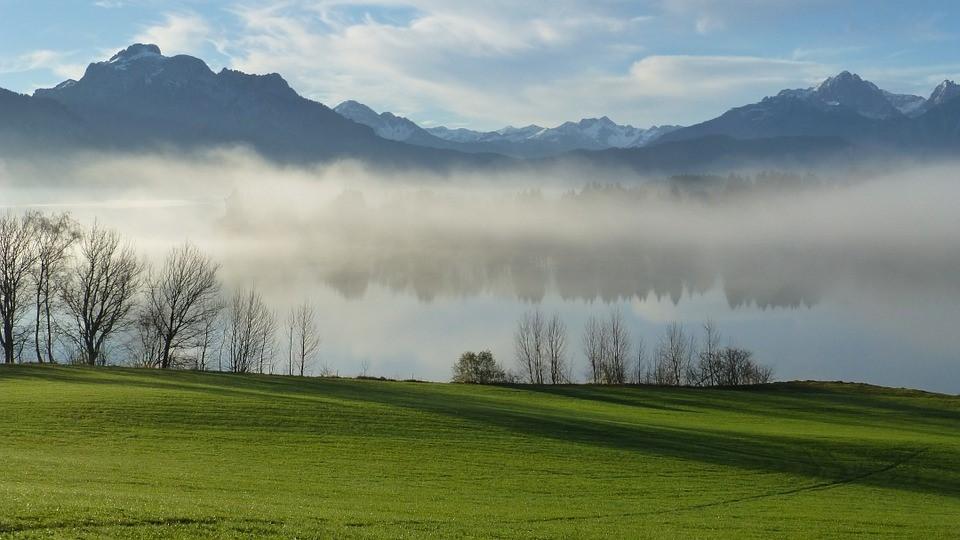 Moving on, drive down to the town of Füssen. The drive will take you past the magnificent Bavarian Alps in the horizon and slowly pan into a valley as you near Füssen. The town is famous for its magnificent lakes and surrounding landscape, littered with bits and pieces of the Bavarian Alps. Visitors can even swim in the lakes Alpsee, Obersee and Mittlerersee, to name a few. Explore the town’s many streets for a plethora of picturesque buildings and quiet alleys! This quiet town may seem drab but check it out and you will realise that there’s more than meets the eye. 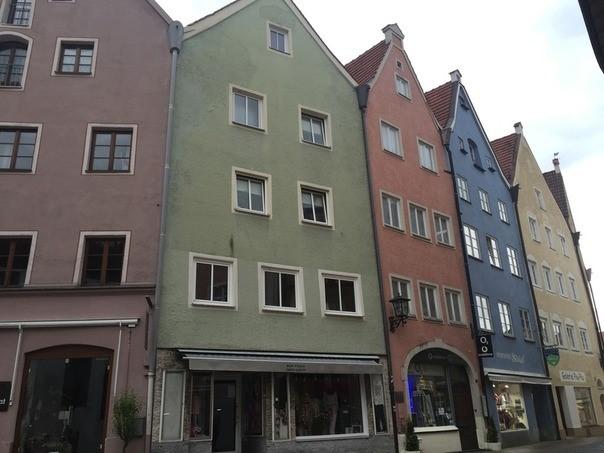 I spent the night in Füssen. 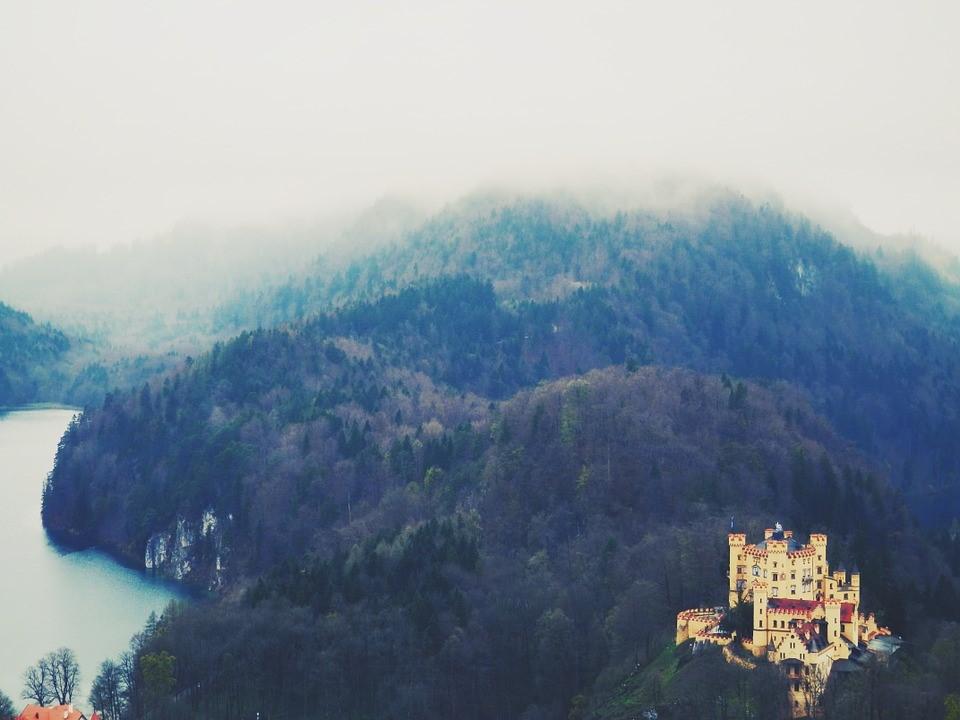 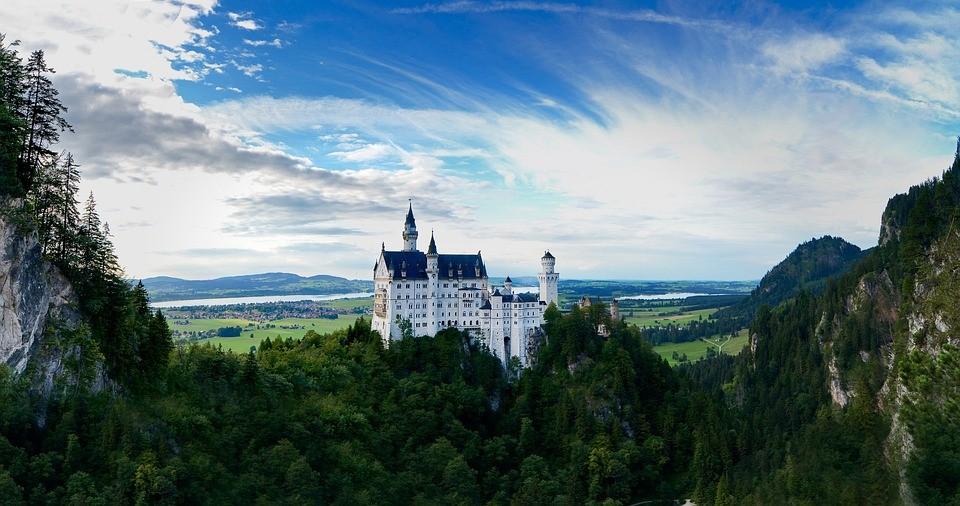 This iconic structure is one of the biggest attractions on the entire “Romantic Road” route, so be sure to check it out before departing for Munich! 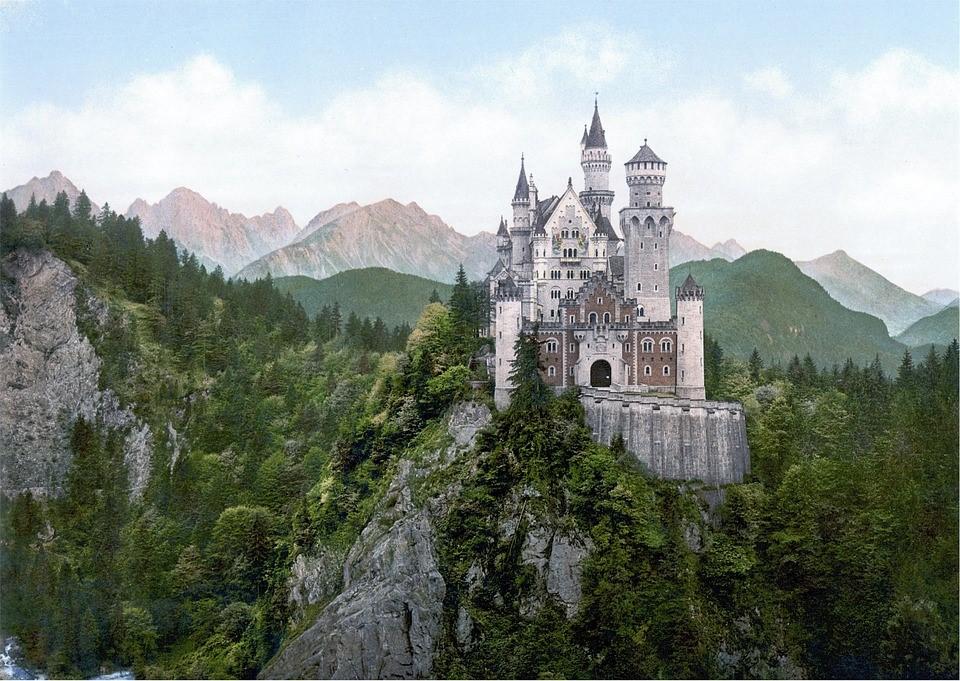 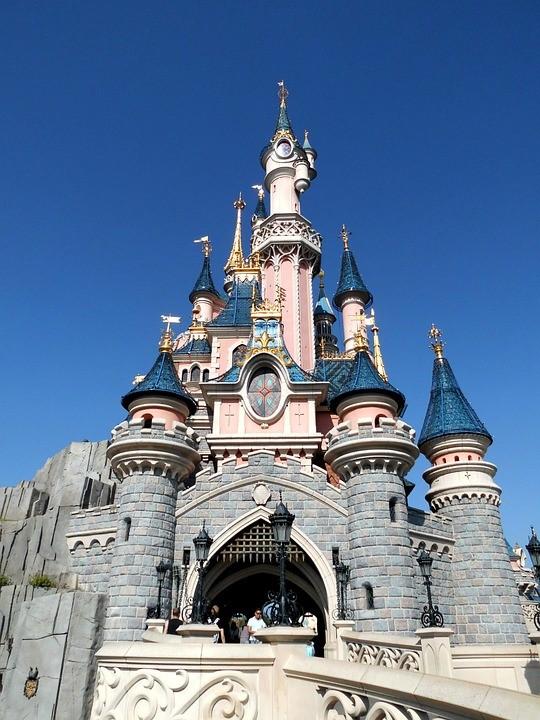 End of the last leg of the journey with a drive to Munich, the capital of Bavaria (and the birthplace of Oktoberfest). Be sure to drop by historical buildings such as the Residenz, Peterskirche and the Rathaus-Glockenspiel to name a few. There’s plenty to do and plenty to savour in Munich so give sufficient time to soak in the Bavarian atmosphere! 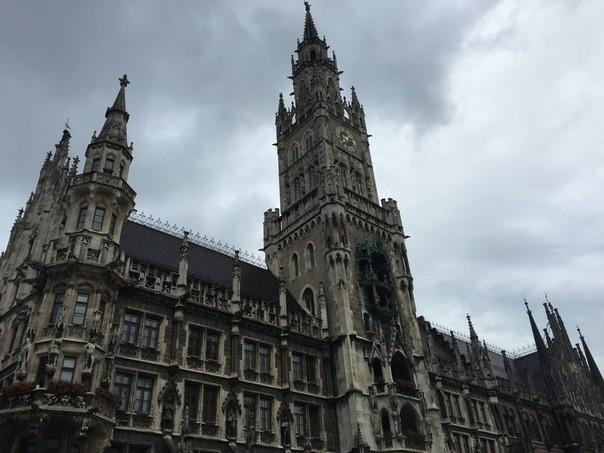 Overall, the “Romantic Road” is worth a shot given the vast number of towns and cities with different cultures and heritages! 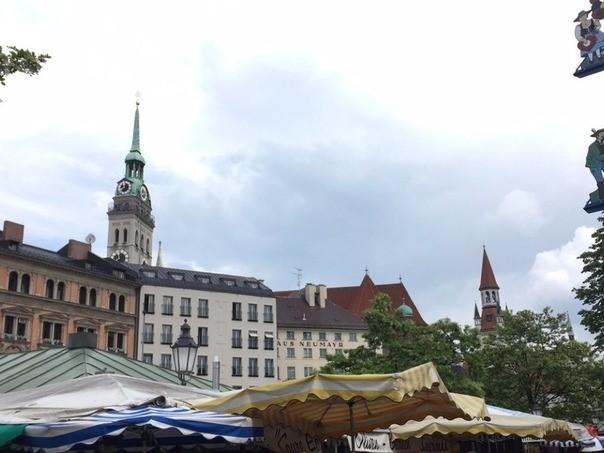 On a side note: I did the trip in a BMW Sports Wagon and the windshield sustained a slight crack after going through a hail storm one night (yes, a hail storm in summer), so be sure to take on this journey in a car that is suitable! I rented the car from Budget at the Frankfurt Central Station.