10 Undiscovered Destinations in Asia to up Your IG Game

I tend to find myself scrolling through Instagram whenever I have pockets of time, lusting over pictures of secluded deep-blue pools in South America, magical ice caves in Iceland; the list goes on — always inviting me to hop on the next flight out.

Lately, I’ve been paying more attention to places in Asia. Through Instagram, I’ve realised that there are so many picturesque destinations off the beaten path that are yet to be discovered. And we are talking about places beyond your usual popular destinations like Tokyo, Bangkok, and Hong Kong.

As it is, I’m already making plans for my getaways and I’ll be sharing 10 plans to explore the less-travelled destinations in Asia! 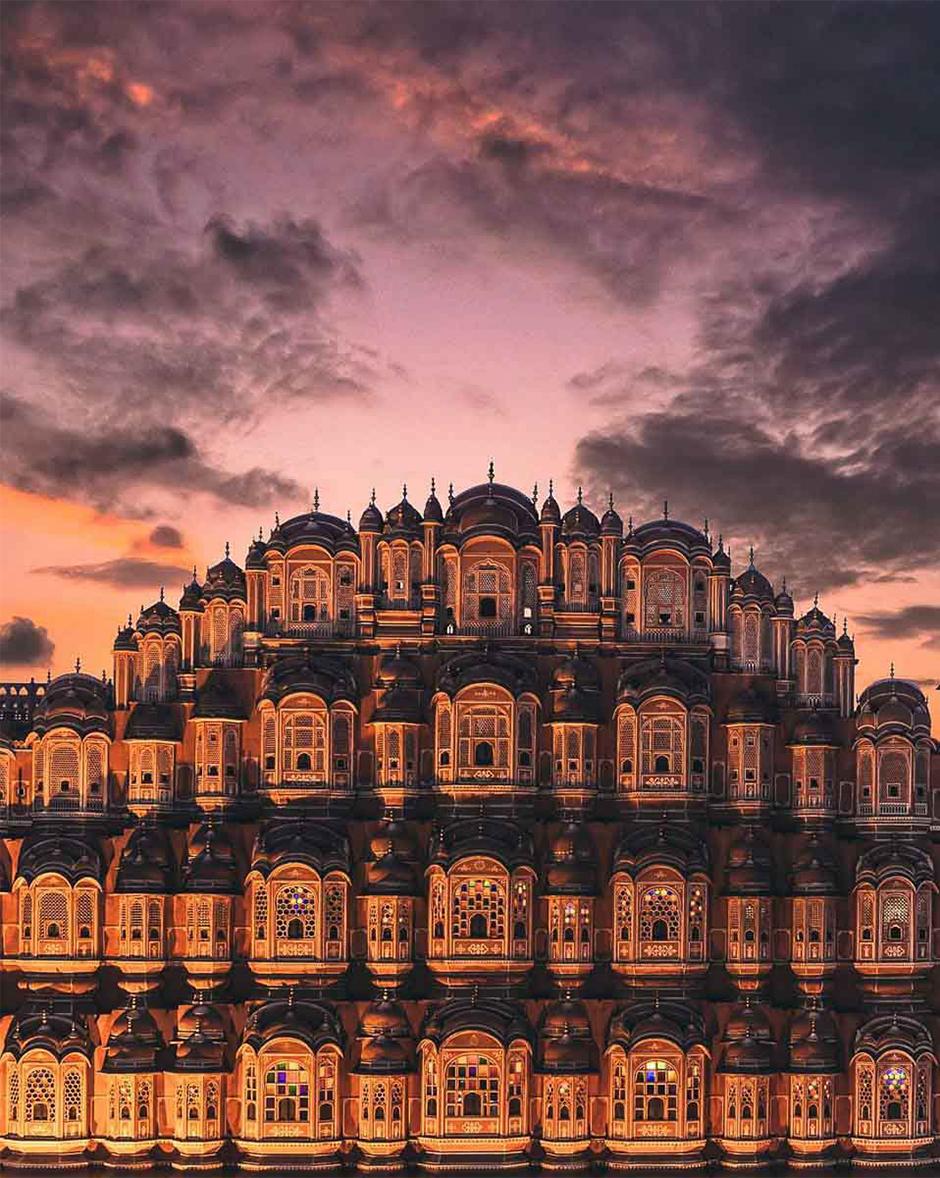 Jaipur is often called the Pink City in reference to its distinctive terracotta pink-coloured buildings, with the colour representing hospitality and a warm welcome.

It is now gaining traction as an emerging tourist spot, as tourists flock to admire the charming pink façades of hill forts and palaces. 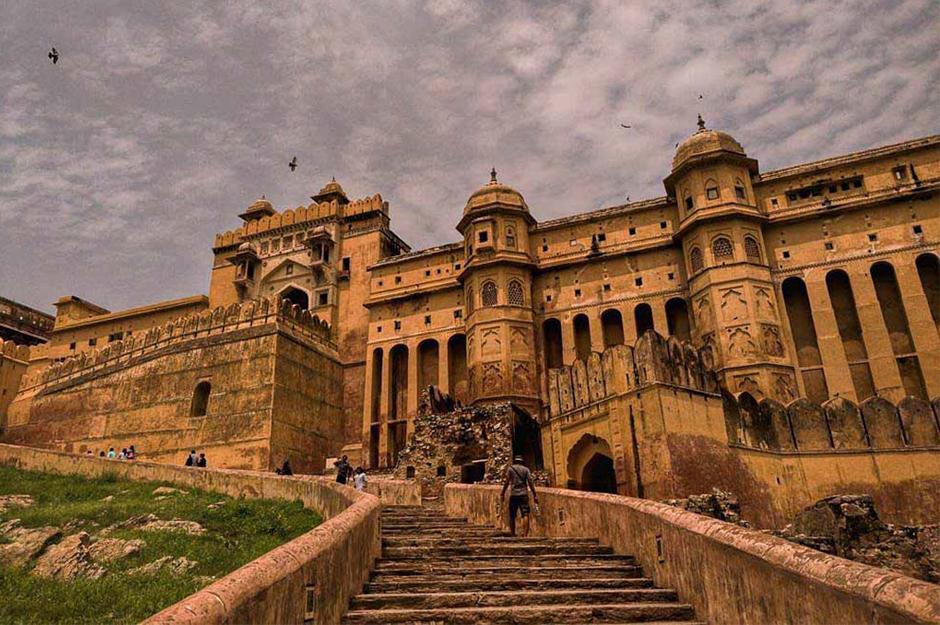 Where to stay: Chokhi Dhani Resort Jaipur via Expedia, from S$121 per night 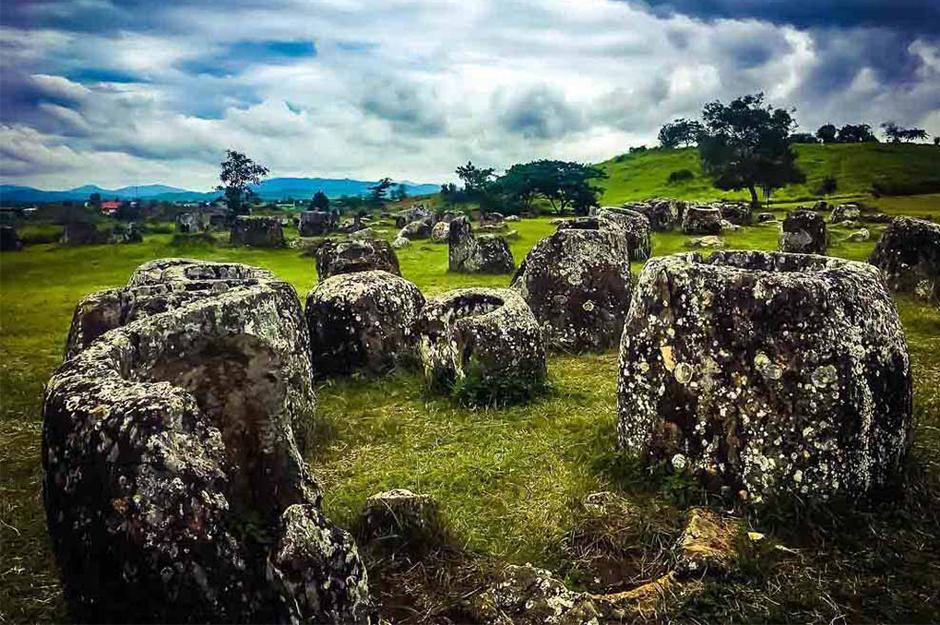 Laos is like the less popular sibling of Vietnam and Cambodia, whom many of us think we know, but we actually really don’t. Even those who have been to Laos, have mostly only been to more touristy places like Vientiane and Luang Prabang.

There’s a gem for curious travellers - the Plain of Jars megalithic archaeological landscape in the Xieng Khouang Province, which is easily accessible from Luang Prabang.

Interestingly, archaeologists are still debating what these gigantic jar-shapes structures are. Some suggested that the huge jar-like structures were used to collect rainwater in the ancient times, while others thought that they resembled urns for funeral rites. I prefer the dreamy old wives’ tale, that the jars held whisky for a thirsty giant who lived in the mountains. The Plain of Jars is definitely a place you would want to visit to score some "likes" with these mysterious jars!

Where to stay: Victoria Xiengthong Palace via Expedia, from S$105 per night 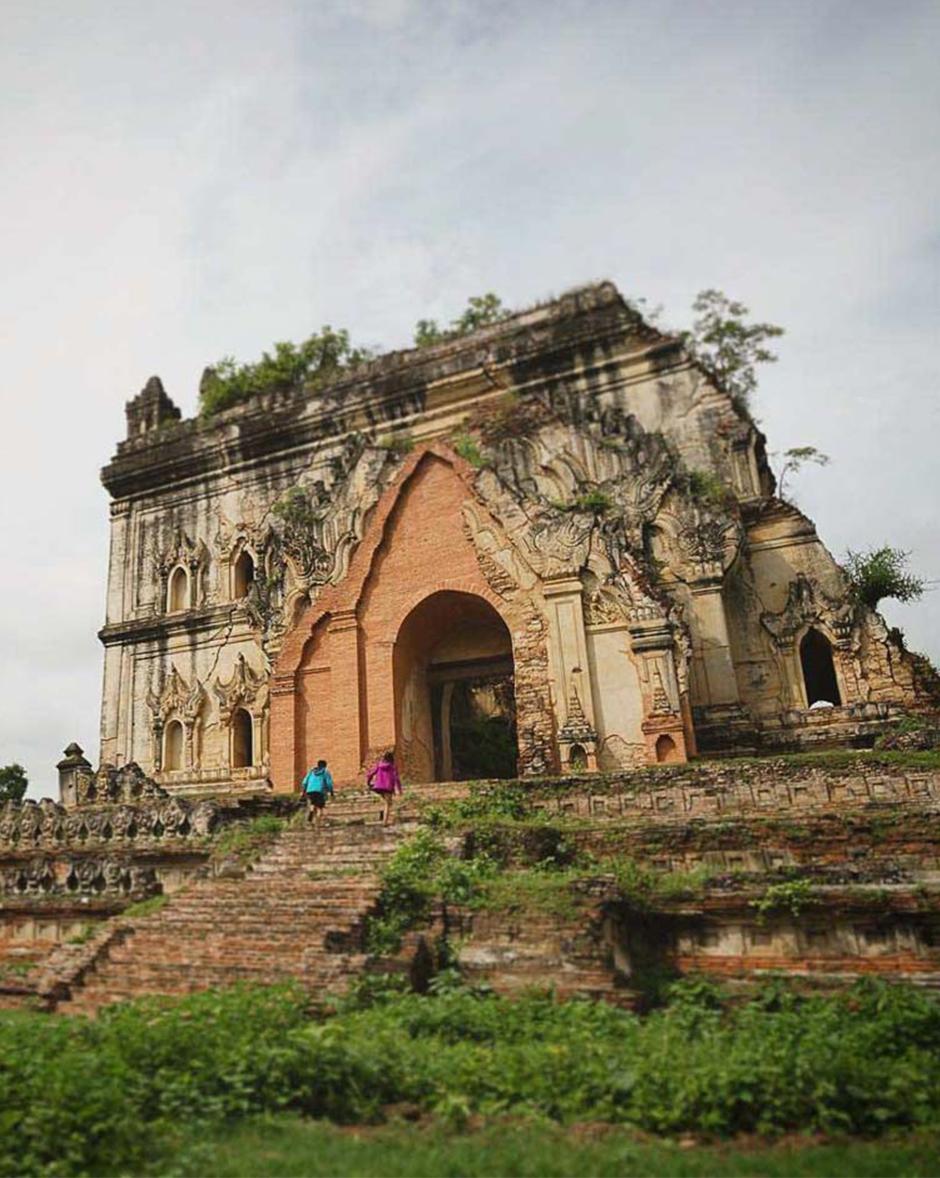 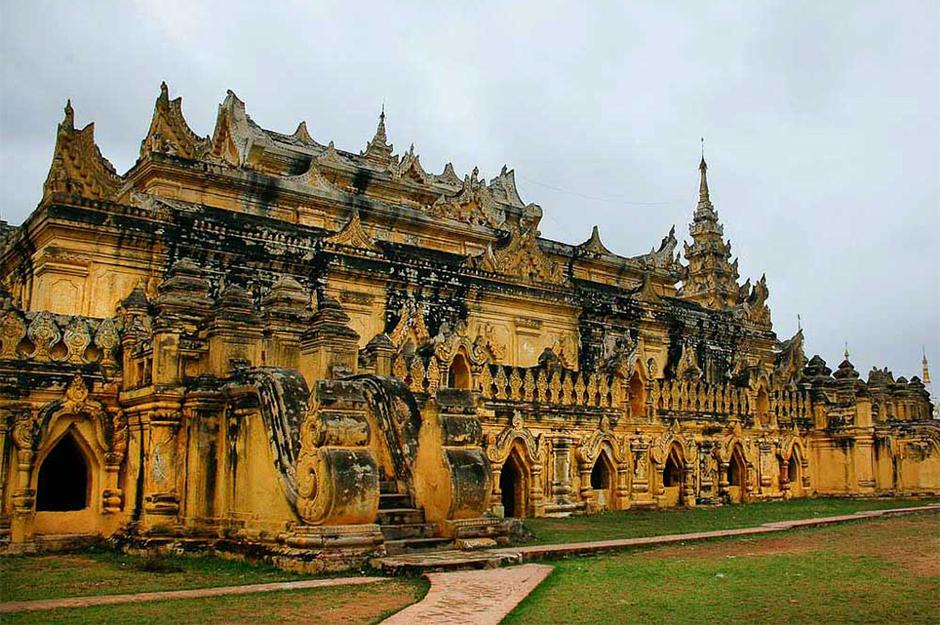 Where to stay: Bagan King Hotel via Expedia, from S$149 per night 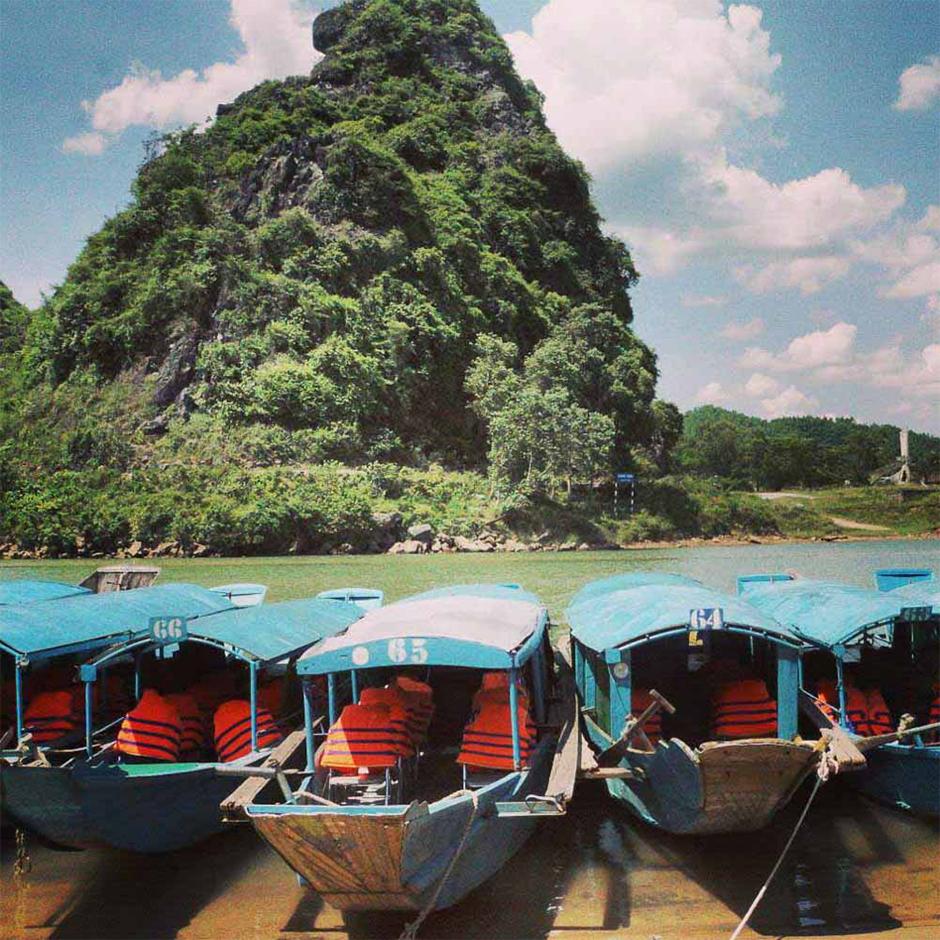 If you love being one with nature, Phong Nha is the place to visit. Phong Nha has now become well-known as one of the most beautiful and interesting areas of Vietnam.

At Phong Nha, be sure to check out the Dark Cave (Hang Toi). A narrow passageway leads to a mud pool so dense you can float on it. You can also experience zip-lining and kayaking on a guided tour around the cave. 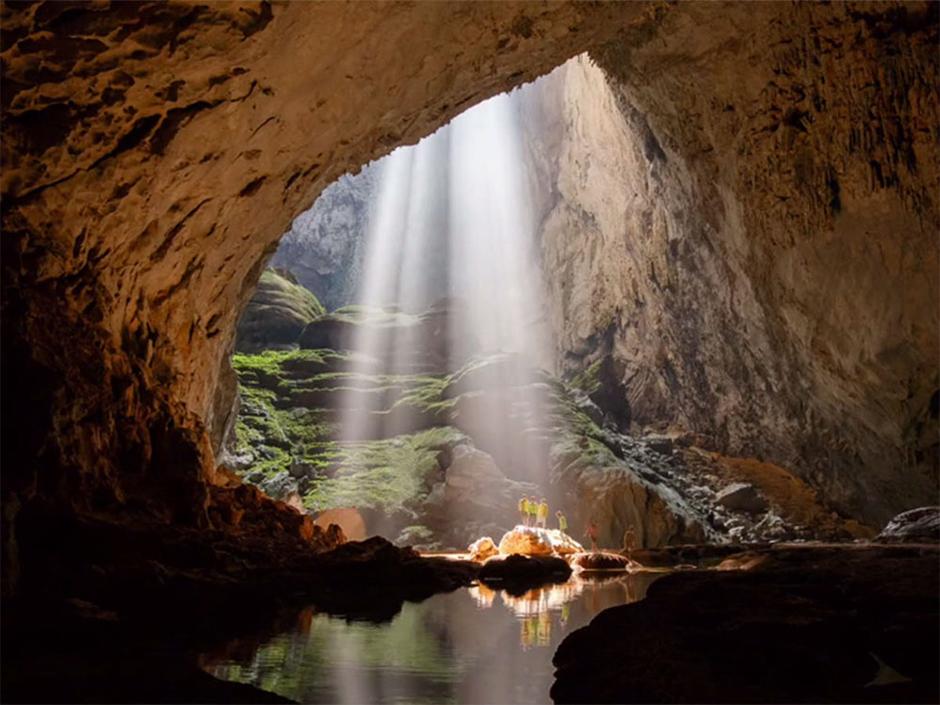 Another attraction is the Hang Son Doong cave, the world’s biggest cave, which was discovered in 2009. The cave is so huge that it has its own climate within.

Where to stay: Victory Road Villas via Expedia, from S$109 per night 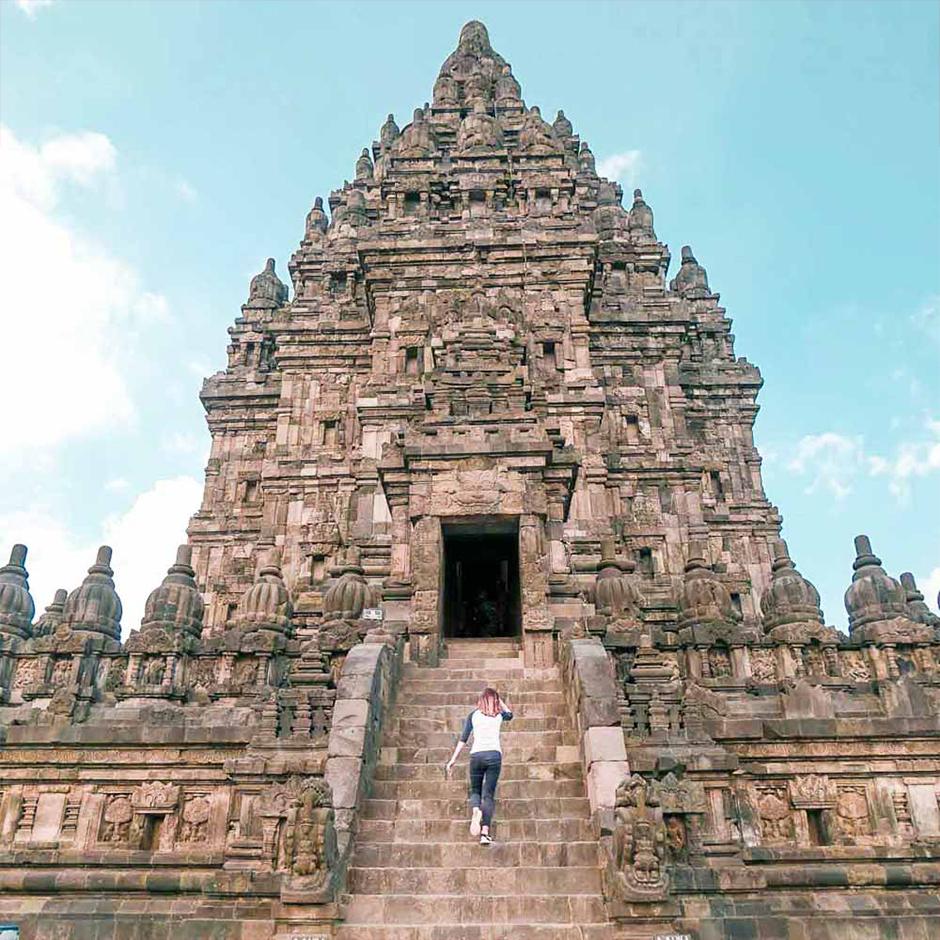 Yogyakarta is a hidden gem of Indonesia. Not only does it have two UNESCO heritage sites — the Borobudur and Prambanan Temples, it also has a wide array of activities related to nature that you can enjoy! 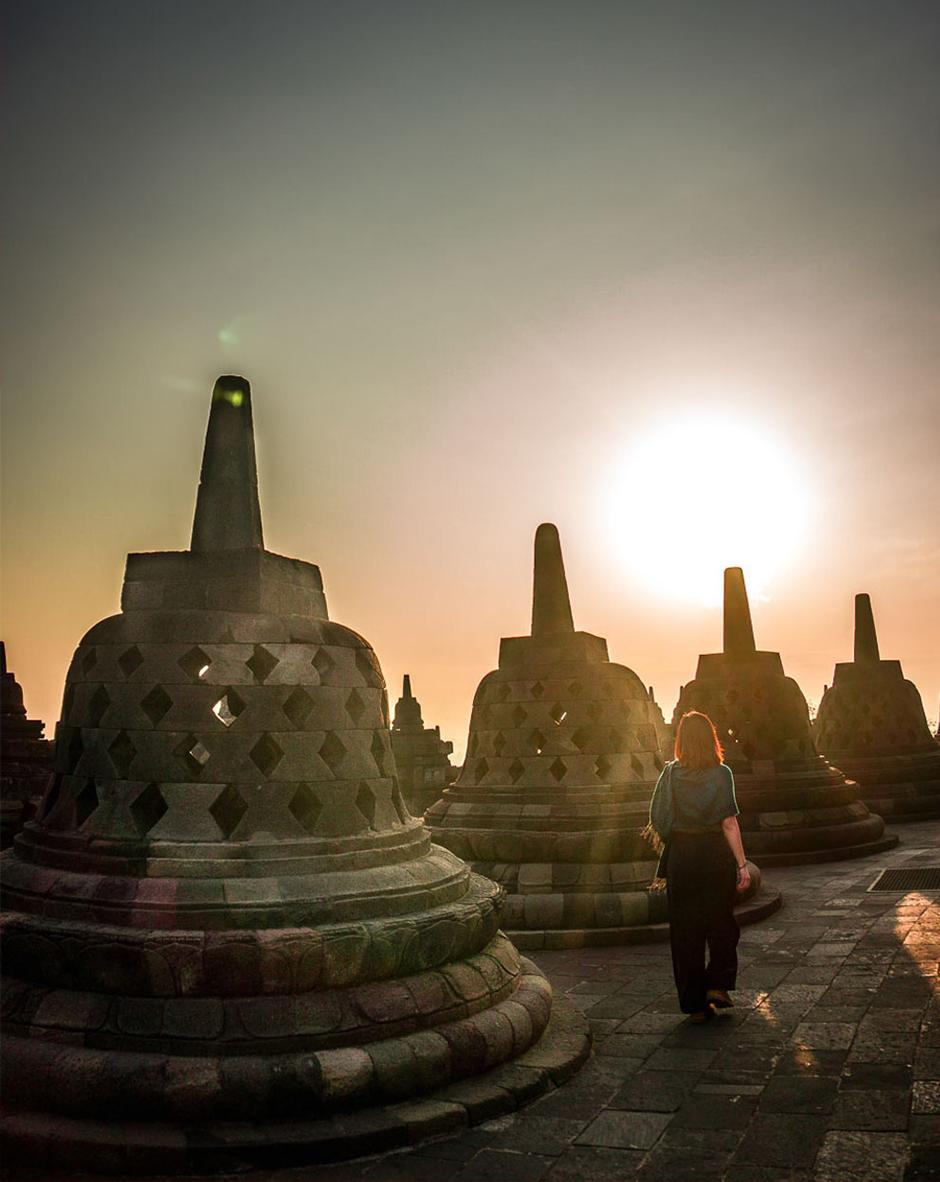 Sunrises and sunsets at these scenic spots will wow your IG followers, and make them itch to have a picture just as nice as yours on their feed.

Where to stay: Plataran Heritage Borobodur via Expedia, at S$129 per night. 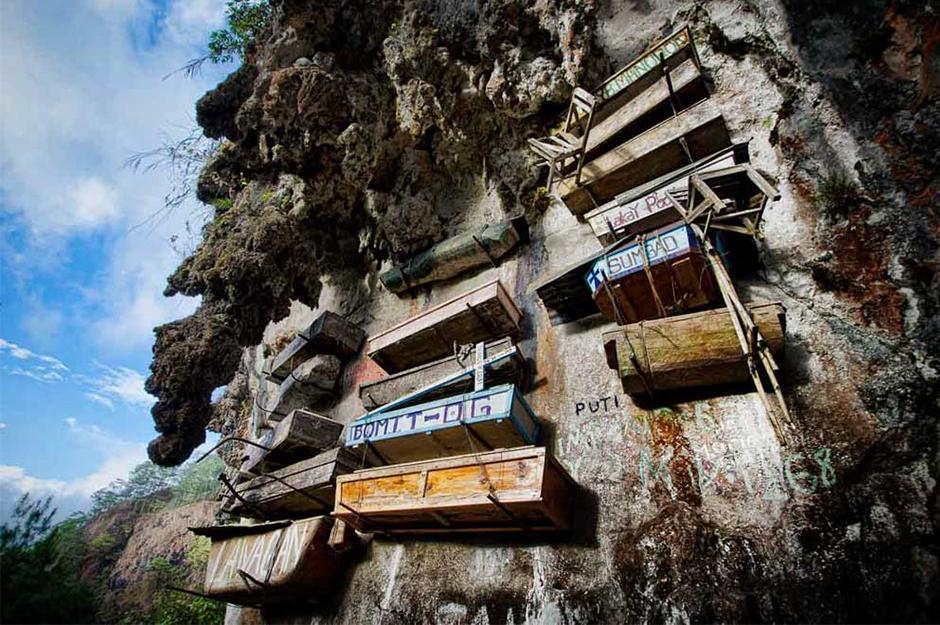 In the region of Luzon, Philippines, there is an interesting yet spooky sight - coffins seemingly hanging off mountain cliffs. At Sagada, one can spot the hanging coffins of the Igorot tribe; a bizarre burial practice of theirs which is now an attraction to some tourists.

It is said that the elderly did not want to be buried in the ground and left to rot. Instead, they wanted to be laid to rest in a place where their corpse would be safe. So, the younger generations started the obscure tradition of nailing coffins of the deceased on the side of cliffs. 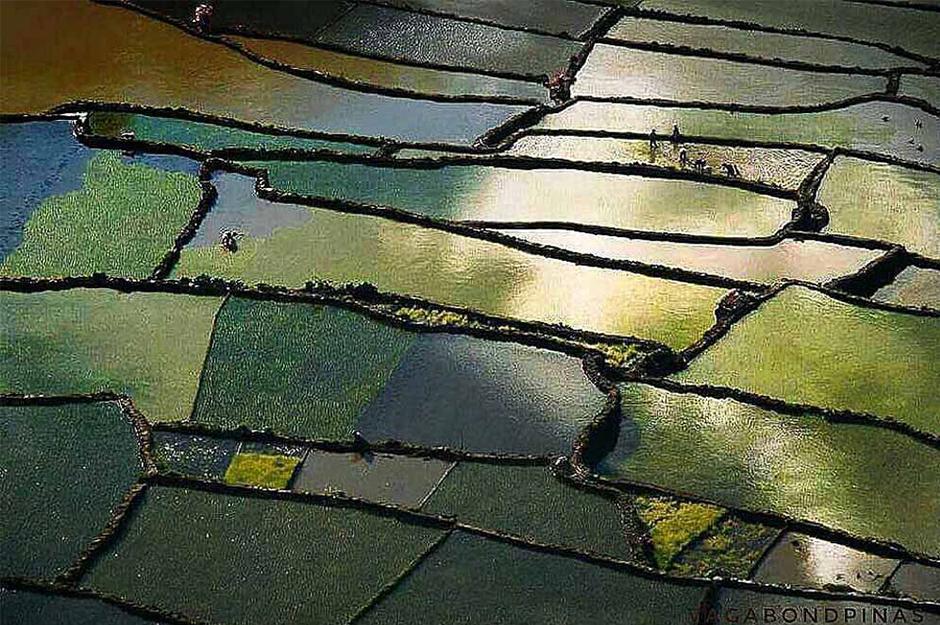 Besides the weirdly intriguing afterlife attraction, Sagada is also famous for her stunning rice terraces, where locals have been working tirelessly on rice crops for generations.

Also, getting a guide in Sagada is not mandatory, but locals will strongly advise you to hire one if you are going into the caves.

Where to stay: Native Village Inn via Expedia, S$69 per night.

*Pro-tip: Take enough cash with you when you visit. The whole town only has one ATM, which is not always working. 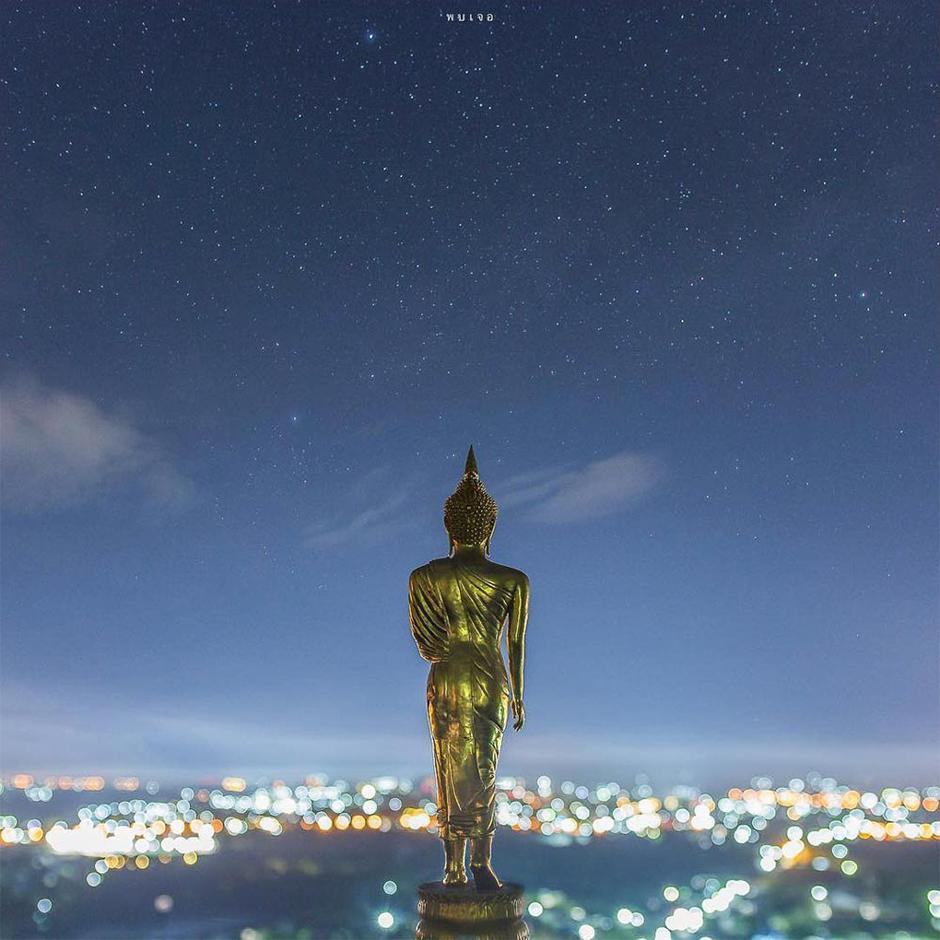 Thailand’s number one tourism is Bangkok, but besides the shopping paradise, there’s also a lot more that Thailand offers.

Take Nan, for example, a small city 668km away from Bangkok that is home to many religious sites. Situation on top of Khao Noi Hill, the Wat Phra That Khao Noi is a great lookout spot for panoramic views of the valley and Nan town. 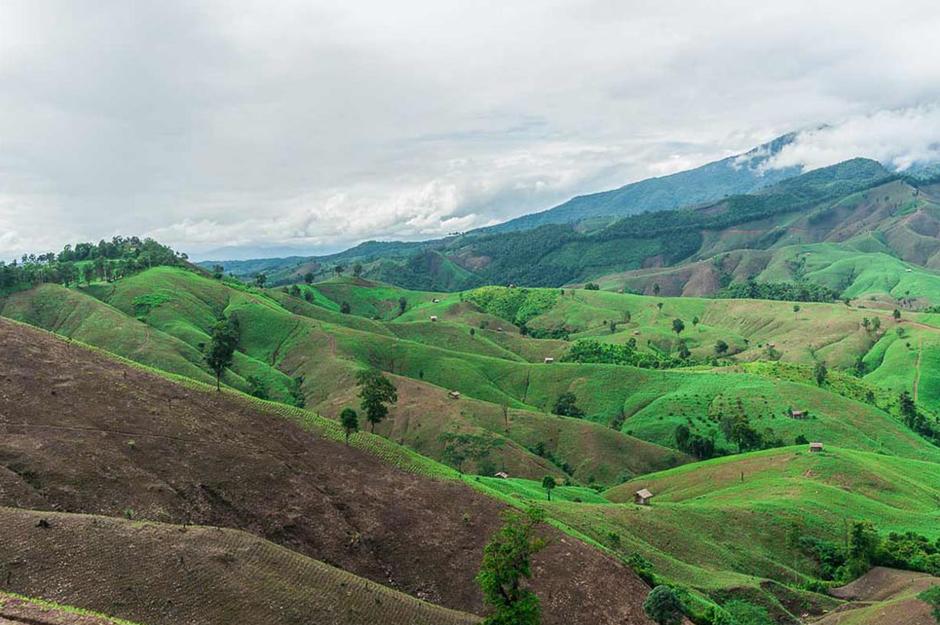 The famous Doi Khu Pha national park is also home to some of the minority tribes of Thailand.

Where to stay: Nan Seasons Boutique Hotel via Expedia, from S$132 per night 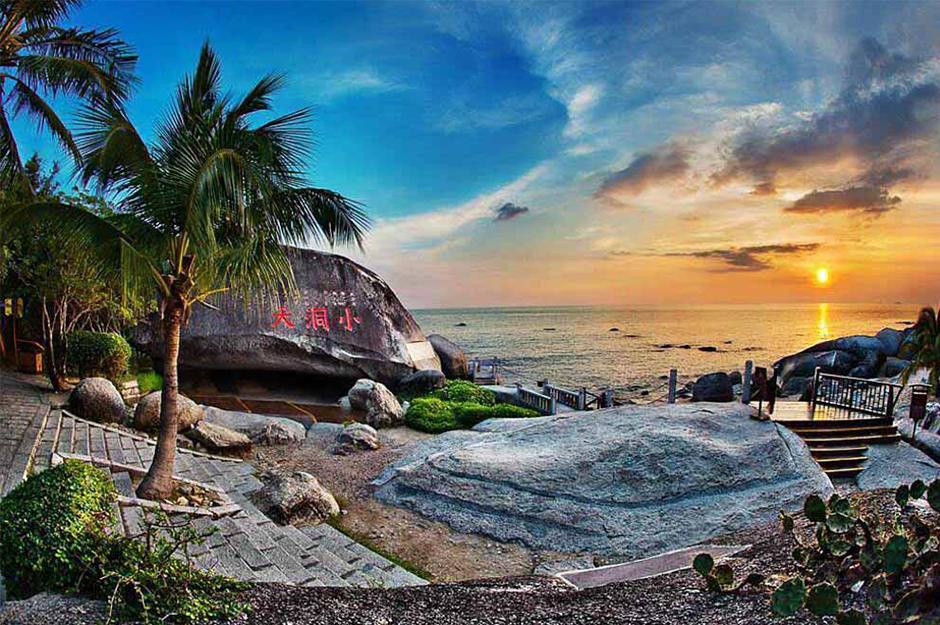 There are power cities such as Shanghai and Beijing that everyone knows about, but how much do you know about Hainan Island? And nope, Hainanese Chicken Rice is not from Hainan Island.

Another fun fact: Hainan island has some of China’s most beautiful beaches – it is often dubbed “Hawaii of China” by locals. 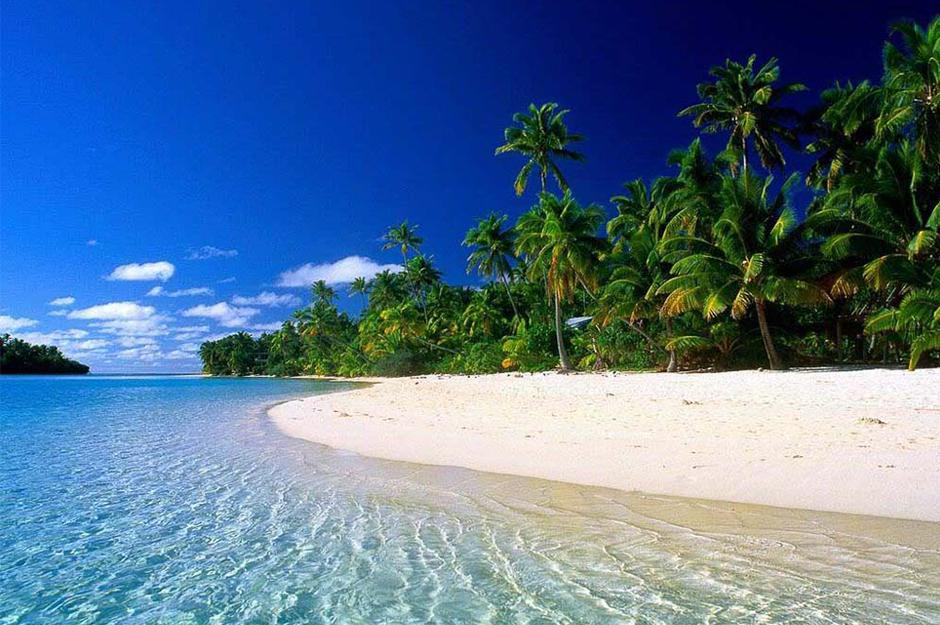 Also, being an island surrounded by sea, Hainan has an abundance of coconut trees. Many dishes you can find in Hainan will include coconut, be it a sweet or savoury dish. Needless to say, seafood is also very affordable in Hainan.

Perfect for an off the beaten path beach getaway.

Where to stay: Hainan Junhua Haiyi Hotel via Expedia, from S$102 per night 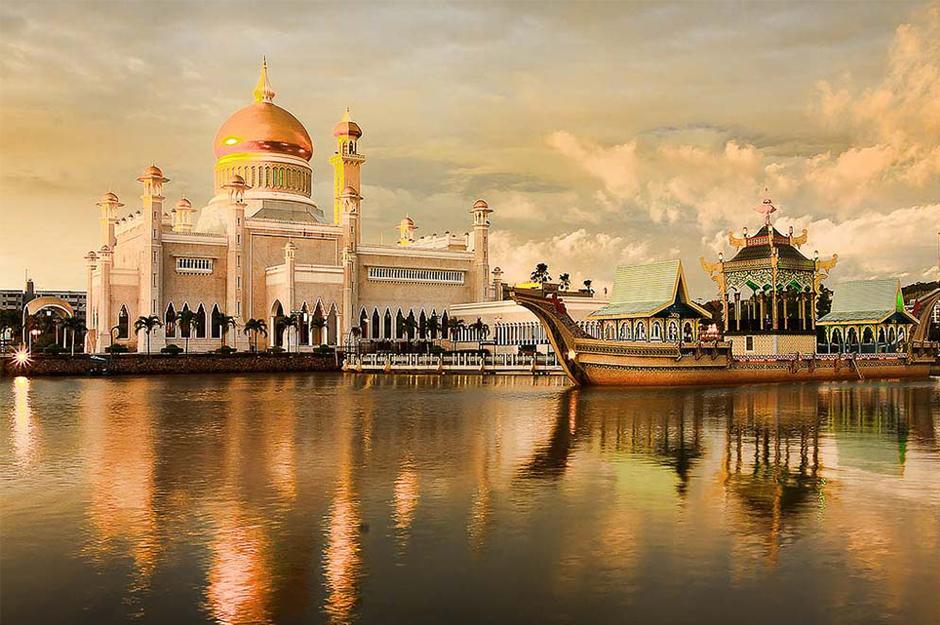 Most Singaporeans know Brunei as the BORING country with nothing but forests. Well, that’s partially true if you consider this oil-rich country has only two McDonald’s in the entire country.

But, Brunei definitely has more to offer than that. The Omar Ali Saifuddin Mosque sits in the middle of an artificial lake, exuding elegance and magnanimity while providing a picturesque backdrop for tourists to pose with. It is also worth noting that the largest dome is covered in pure gold! 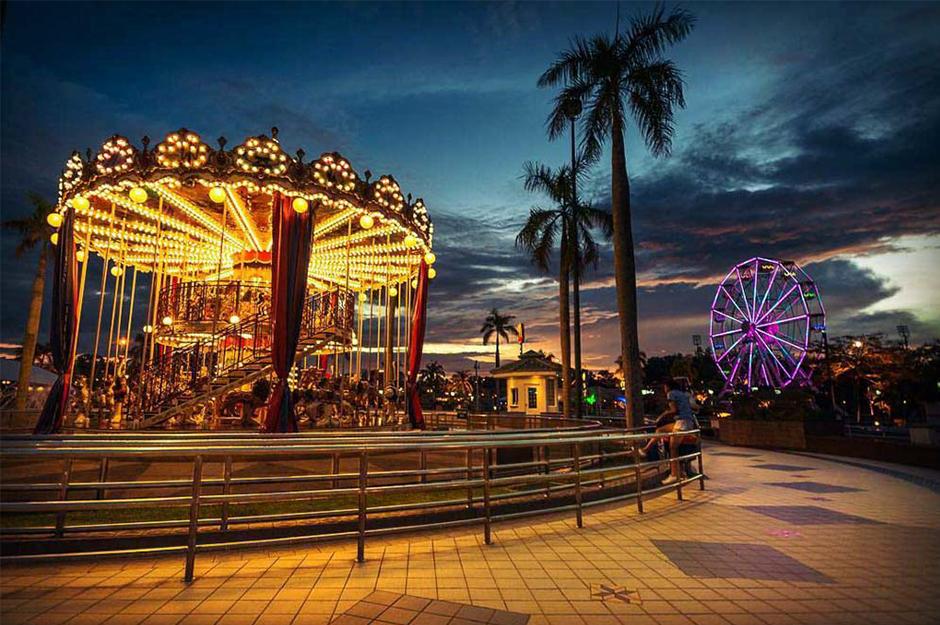 Also, there’s an amusement park in the country that is frequented by locals. The Jerudong Park is the largest and most expensive amusement park in Southeast Asia! The best part? Admission into the park is FREE, you just have to pay for rides.

Where to stay: The Brunei Hotel via Expedia, S$113 per night 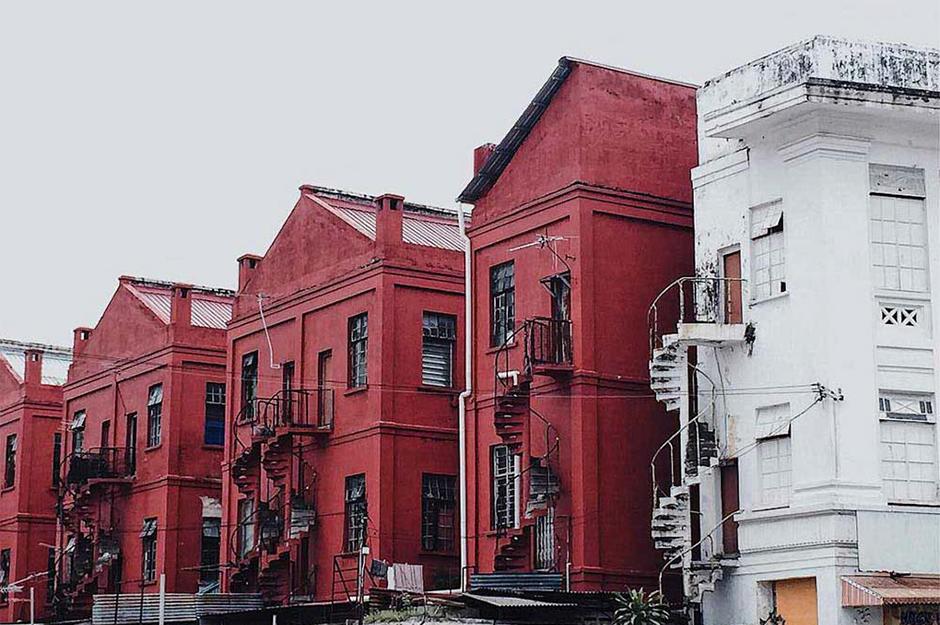 For Singaporeans, Malaysia is that convenient neighbouring country with cheap food and pretty cafes. But most people do not even travel beyond Johor, Malacca or Kuala Lumpur. There’s also Ipoh, a place you’ve definitely heard of, or even know people from. And there are even more reasons for you to visits this quaint little town now. Besides being culturally rich, Ipoh’s food scene is one that’s worth noting too. Do try their famous Ipoh Hor Fun, Bean Sprout Chicken, and Ipoh White Coffee. 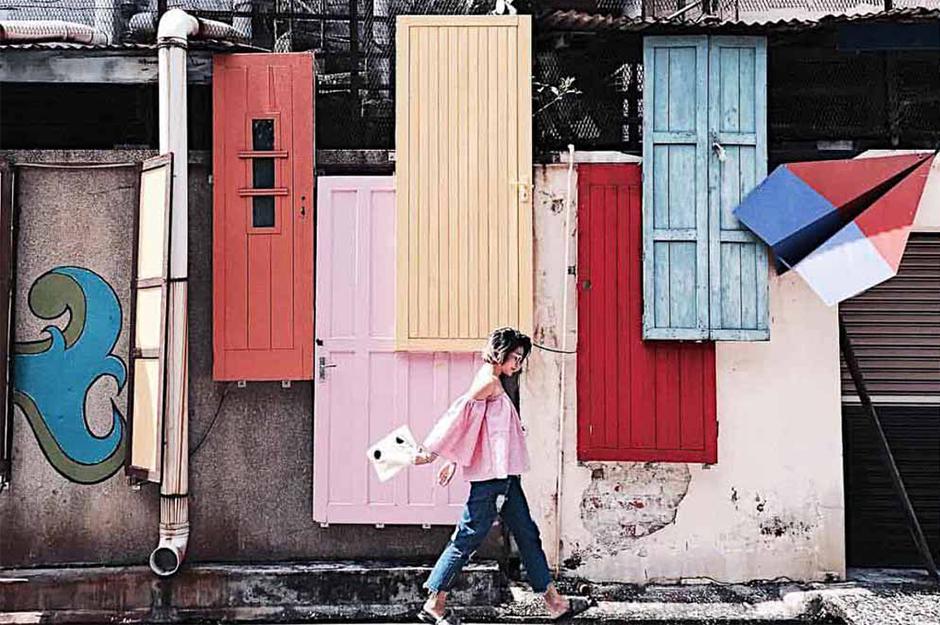 Where to stay: Weil Hotel via Expedia, from S$96 per night.

And that’s our list of some lesser known destinations of Asia that are worth a visit and will not break your wallet.