Sight Seeing in Yogyakarta: 9 Scenic Wonders Not to Miss

< The List
Credit: City Nomads for The Travel Insider
October 2019

Yogyakarta, affectionately known as Jogja, is quite a special place. The only Indonesian royal city still ruled by monarchy - Sultan Hamengku Buwono X is Indonesia’s last sultan with real political power – and is also known as the cultural capital of Java, where classical fine art like poetry, music, batik, and wayang puppetry flourish. But on top of the artistic and intellectual heritage, there’s plenty to see in Jogja and its surrounds, be it man made wonders or natural sights. 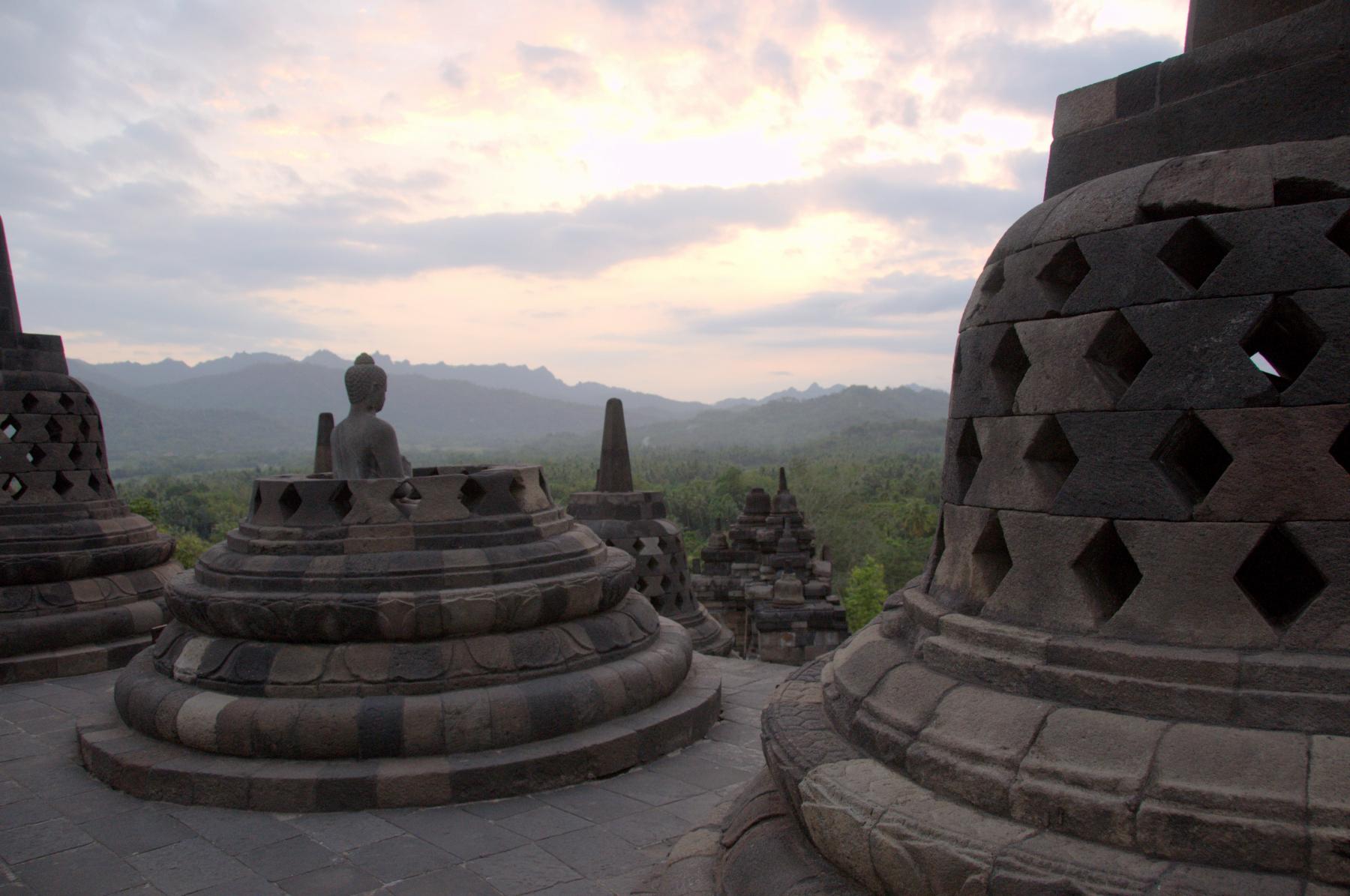 You can't talk about Yogyakarta without mentioning Borobudur Temple. No visit to the city would be complete without a pilgrimage to this gorgeous UNESCO World Heritage site that sits majestically on a hilltop overlooking lush green fields. Built in the 9th century as a shrine to the Lord Buddha, the temple design follows ancient Javanese Buddhist architecture, reflecting India’s influence on the region, with indigenous scenes and elements incorporated to make it uniquely Javanese. For a wonderful photo opportunity, try getting there before sunrise or sunset and capture the warm orange glow as it peeks at you from behind the various stupas. 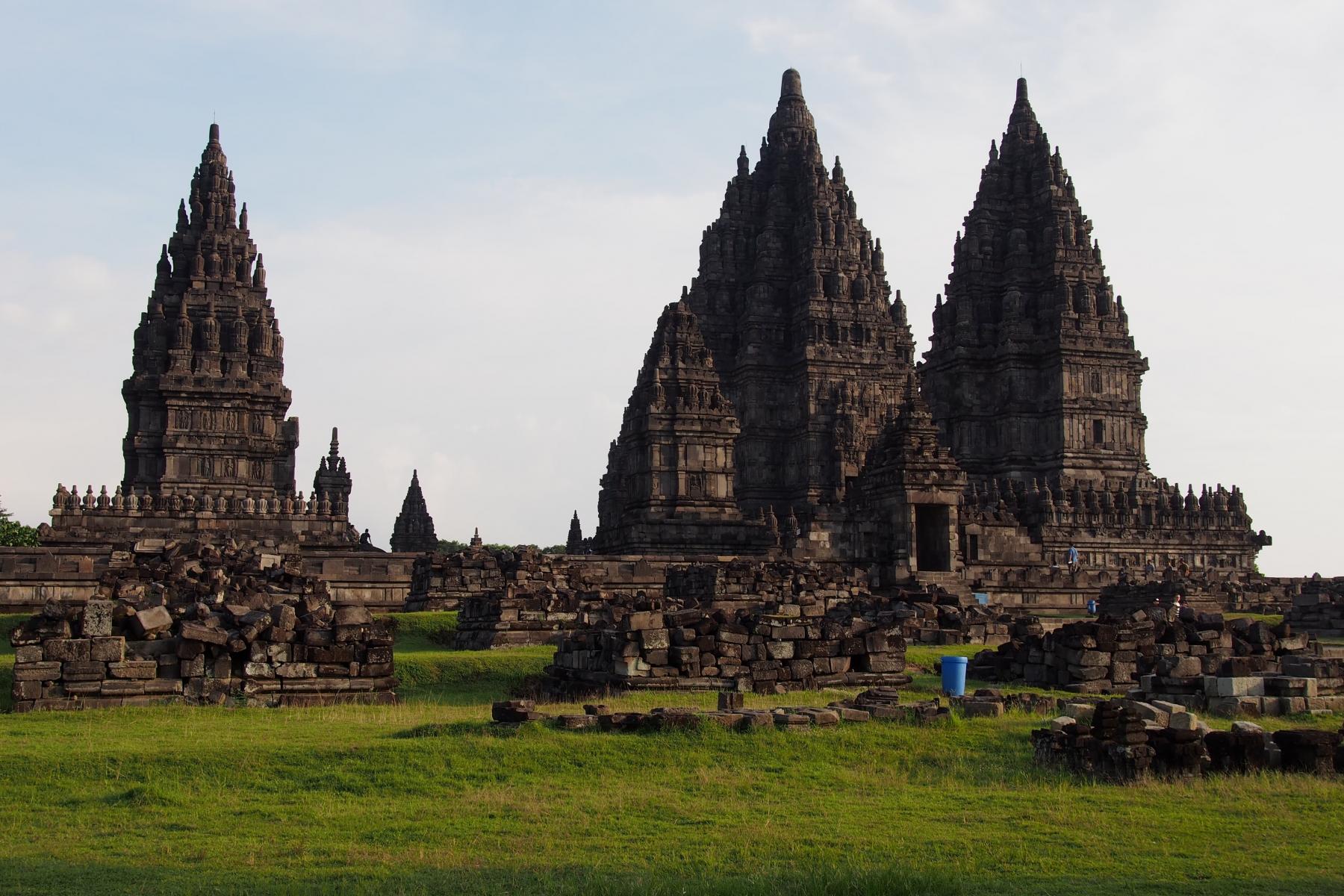 Another UNESCO World Heritage Site, this time dedicated to the Hindu pantheon, Prambanan is a 9th century temple compound in Yogyakarta. Characterised by its tall and pointed architecture typical of the Hindu style, this large complex boasts over 200 temples that surround the three main shrines devoted to the three Gods: Brahma the Creator, Vishnu the Keeper, and Shiva the Destroyer. Day tours and packages are available, but there is an additional surcharge when visiting at sunrise or sunset. 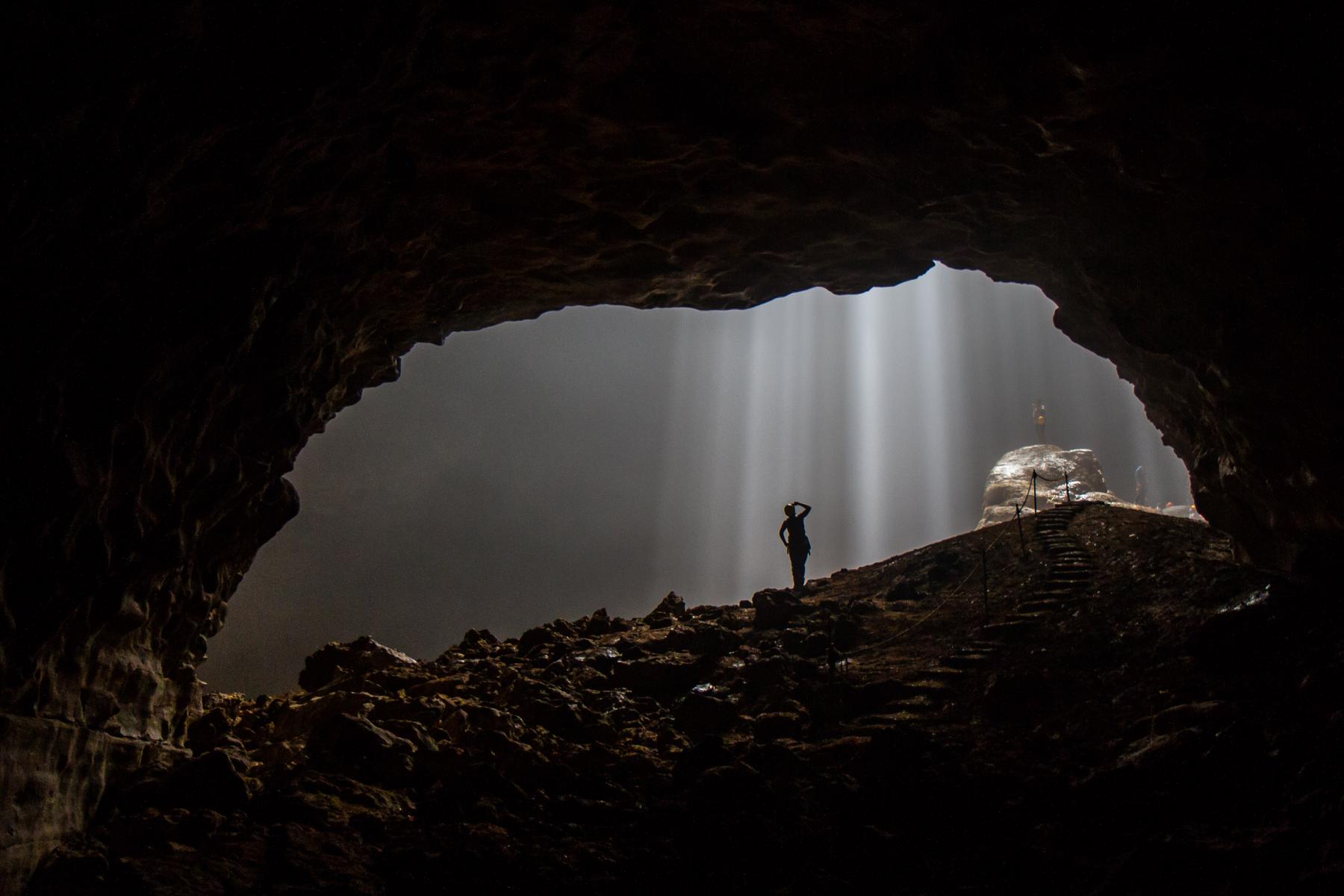 Formed thousands of years ago when the soil and vegetation crumbled through a sinkhole, Jomblang Cave (about 60km east from downtown Yogyakarta) is accessed by rappelling down a vertical cliff of around 30 metres. After recovering from the adrenaline rush as you descend, find peace and tranquillity at the bottom as you are surrounded by the flow of water, greenery, and the breathtaking occurrence referred to as "The Heaven Light". Rays of sunshine pierce through the opening and illuminate the cave, lighting up the enclosed ancient forest with a view that will certainly leave you breathless. 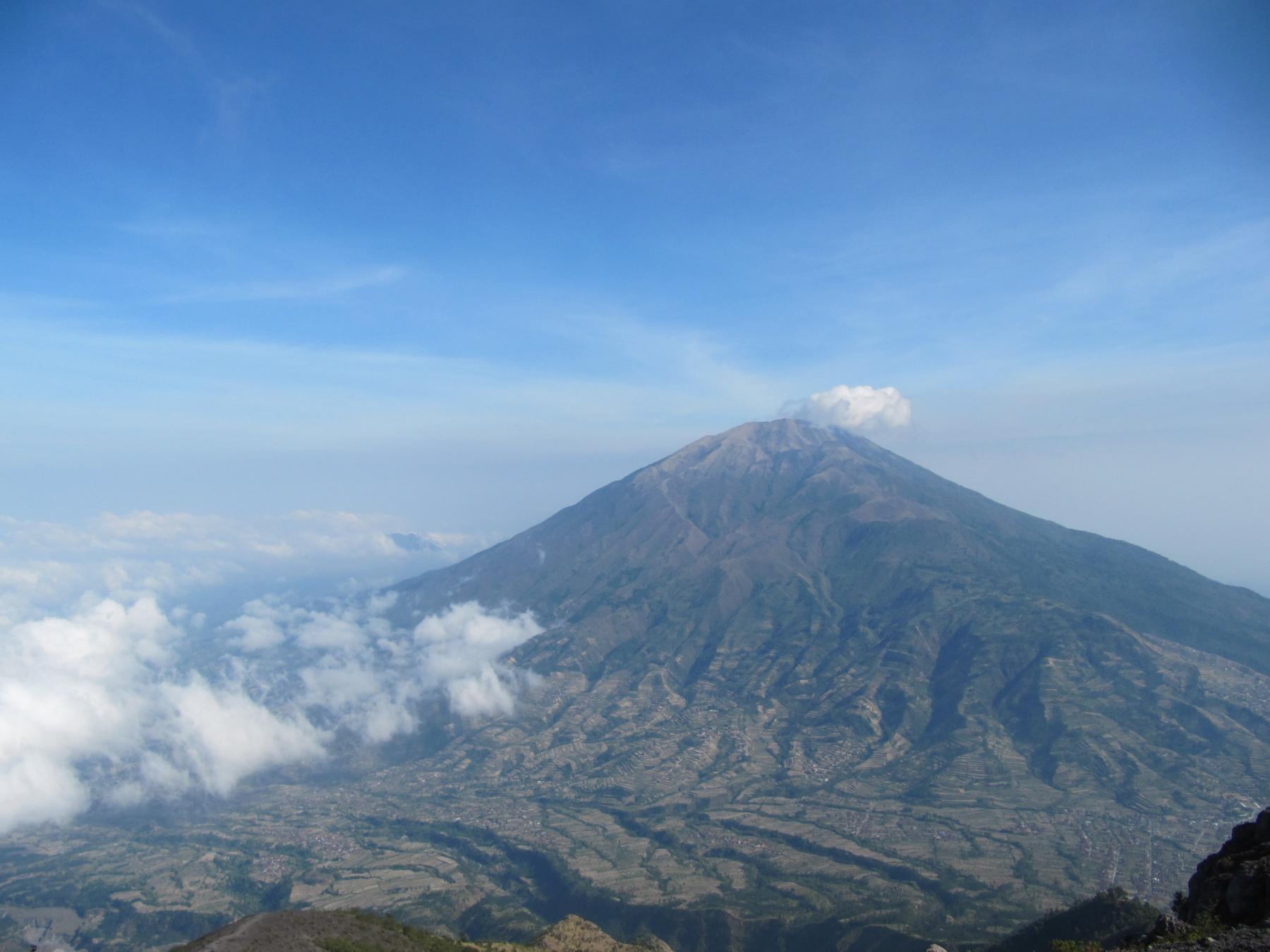 This one's for the thrill-seekers out there! Indonesia's most active volcano, Mount Merapi has been erupting regularly since 1548, but don't let that deter you, as it offers a wonderful scenic opportunity of seeing the Java landscape. The best time to start the trek is around 11pm for two reasons: to avoid the sweltering heat of in the day and being in time to catch the sunrise. If you'd prefer to relax and take advantage of the various photo opportunities along the way, you can always book a jeep tour, but it'll definitely be a bumpy ride. 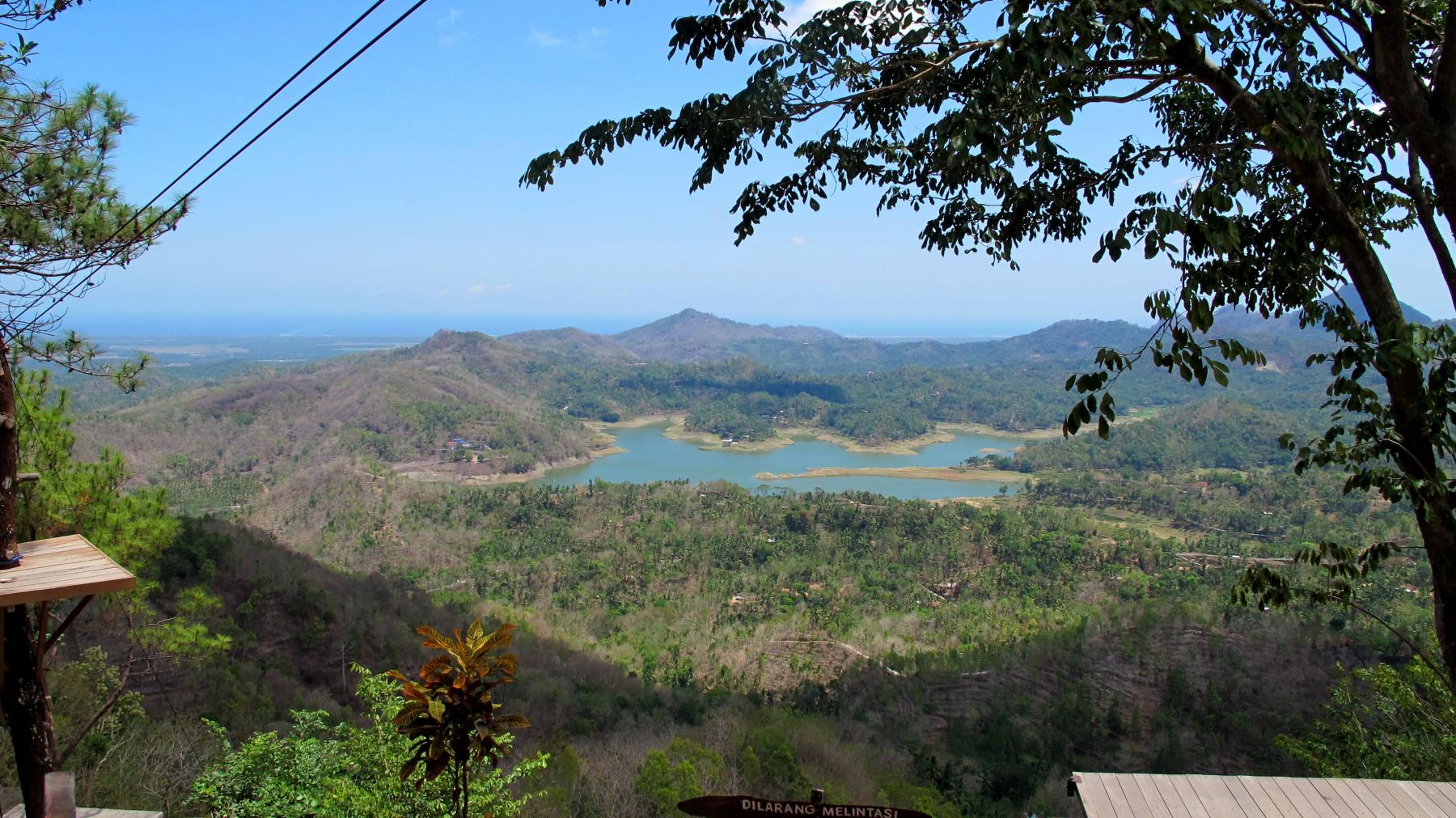 Managed by locals that live around the area, Kalibiru National Park is 40km west of Yogyakarta and sits atop a hill, affording a spectacular view of the area and surrounding countryside. A popular tourist spot that was ingeniously converted by the citizens from infertile land, Kalibiru National Park is equipped with multiple viewing platforms that are perfect for photography. If you're feeling a little peckish along the way, there's a little cafe set up in the area that offers some simple local food.

Dating back to the 18th century, Taman Sari Water Castle was formerly the royal garden of the Sultanate of Yogyakarta. Now, visitors can enter for a glimpse into the Sultan’s private rest stop and bath area. Take a stroll around and look at the interesting architecture, beautiful blue pools, surrounding lakes, and a multitude of rooms used by the Sultan and his family in the past. If you explore enough, you'll even be able to find the tunnels that lead to an underground mosque.

Designed to reflect the Javanese mythology, the Kraton, or Palace of Yogyakarta, is a grand complex built for Hamengkubuwono I, the first Sultan of Yogyakarta. The elegant complex of pavilions was constructed based on ancient beliefs, and each feature holds a special symbolic meaning. Not just a royal residence, the Palace was built to be the focal point of the Sultan's entire kingdom, and continues to be used both as the home of the sultan, as well as a centre for important ceremonial and cultural functions of the Yogyakarta court until today. A museum is also located within that houses a collection of royal artefacts and significant memorabilia. 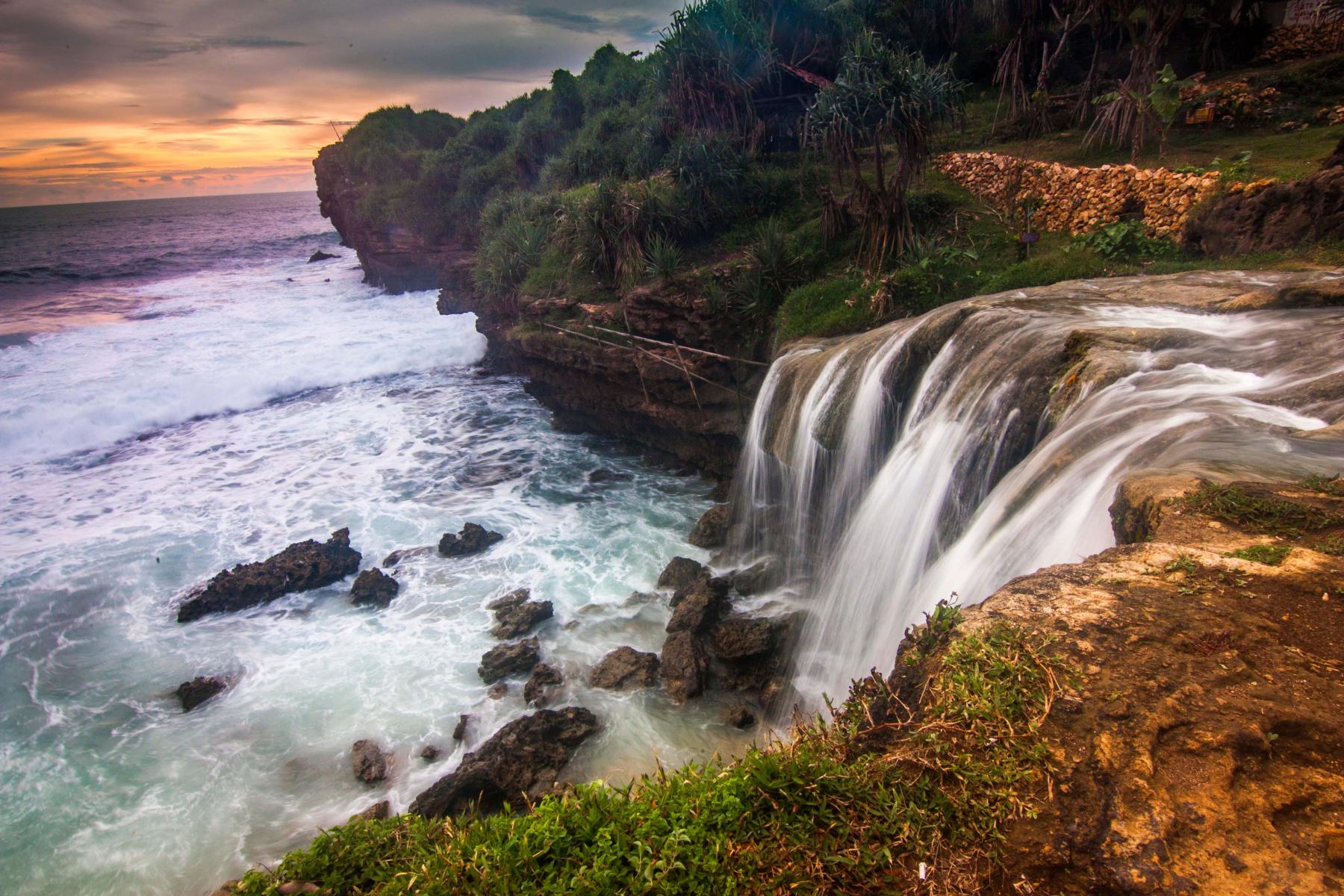 Bask in tranquillity with this hidden beach with an amazing view. It's the only beach in the region that has a waterfall that falls over the edge, and into the ocean. Watch your step as you navigate, for corals and crab colonies inhabit the area, while butterflies flutter around the dry rocks. Jogan is a must-visit if you really want something different. 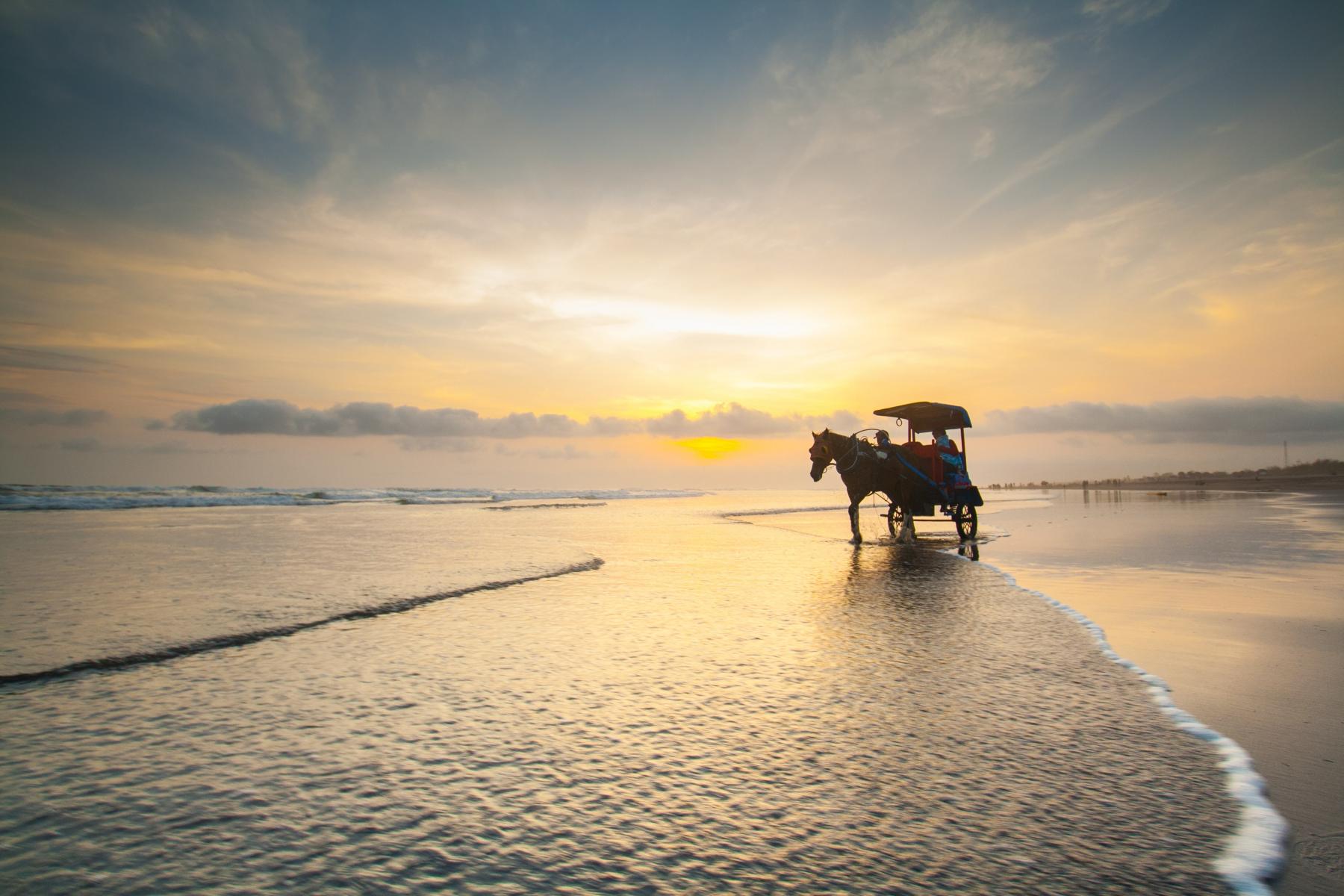 Located 30km south of downtown Yogyakarta, Parangtritis is the go-to beach for both locals and tourists alike to escape from the city. Upon arrival, you’ll be treated by the incredible sights and sounds of the ocean, with beautiful beaches and green hills. Come nightfall, let the stars illuminate the sky and shine into your heart as you unwind in this scenic getaway.

With so many scenic wonders and a reputation for great cafes and local food, it’s not hard to see why Yogyakarta is the destination of choice for many travellers looking for a more unorthodox holiday!