From extraordinary painters and sculptors, to architects and designers, Spain has been the birthplace of some of the world’s best artists in history. Which is if you’re an art enthusiast or a self-confessed culture vulture, there’s so many reasons why you’ll fall in love with this culturally rich country.

For the ultimate art-filled road trip, journey to Figueres, the birthplace of the Salvador Dali; before making your way to the charming coastal town of Cadaques, which was once home to some of the world’s most respected painters like Matisse, Picasso, Magritte, and more. And of course, is a trip to Spain complete without a taste of Barcelona, its enchanting seaside city bursting with culture, illustrious architecture and great cuisine?

So if you’re planning a trip to the land of tapas, make this your itinerary and travel guide!

If you love your art, you can’t miss Figueres. As the birthplace of legendary painter Salvador Dali, the capital of the Alt Emporda region is brimming with art, museums, architecture and so much culture. There’s the Dali Theatre-Museum (the second most-visited in Spain), the Toy Museum of Catalonia, the Emporda Region Museum and much more. 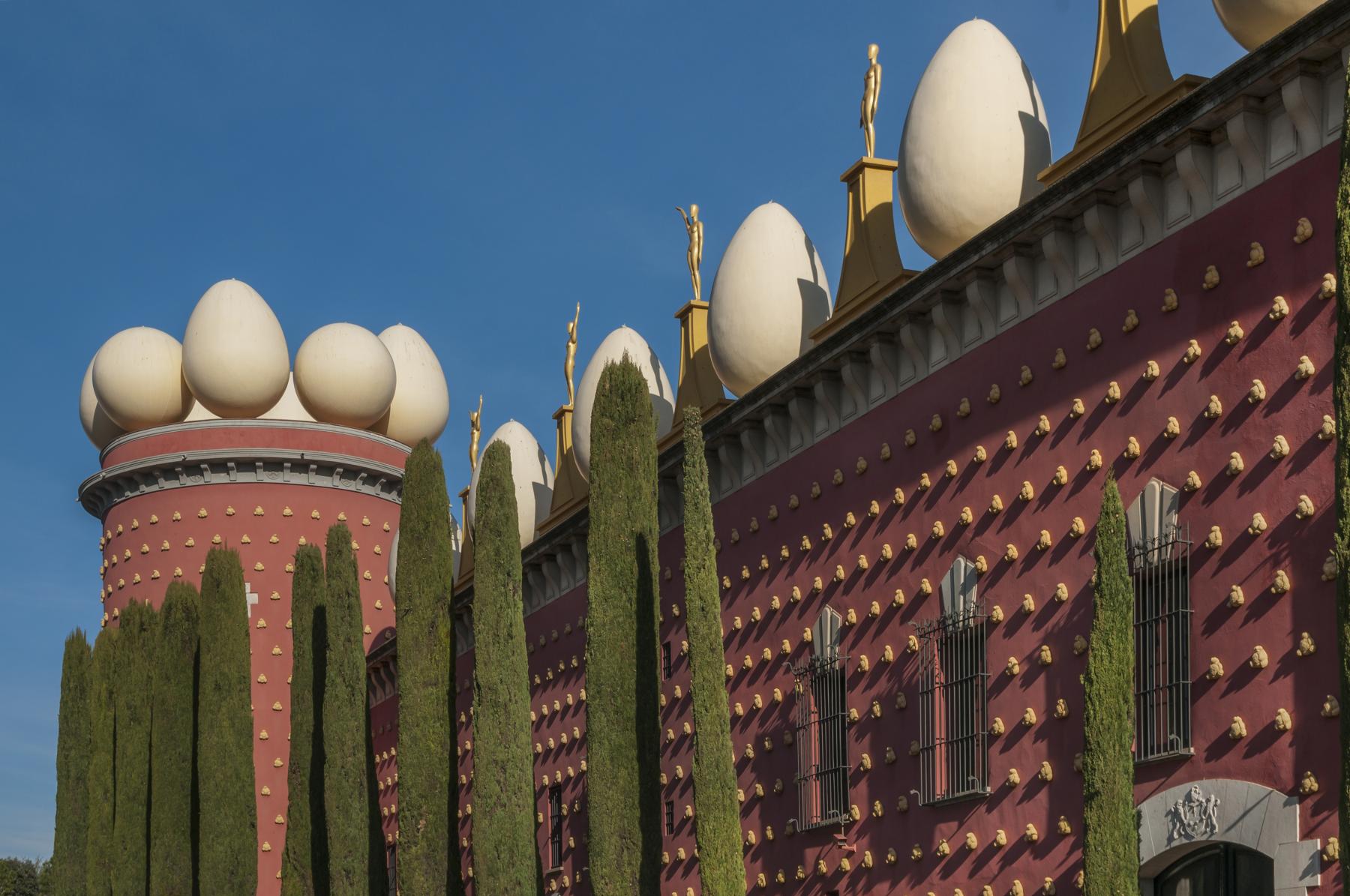 It’s hard to miss this striking red castle-like building, topped with its Oscar-like statues and massive eggs, covered with plastered croissants. Needless to say, it’s all very quintessentially Salvador Dali. The museum exhibits the master of surrealism’s larger-than-life installations (like the Taxi Plujos, where an early Cadillac model is encircled by statues) to his more understated works. 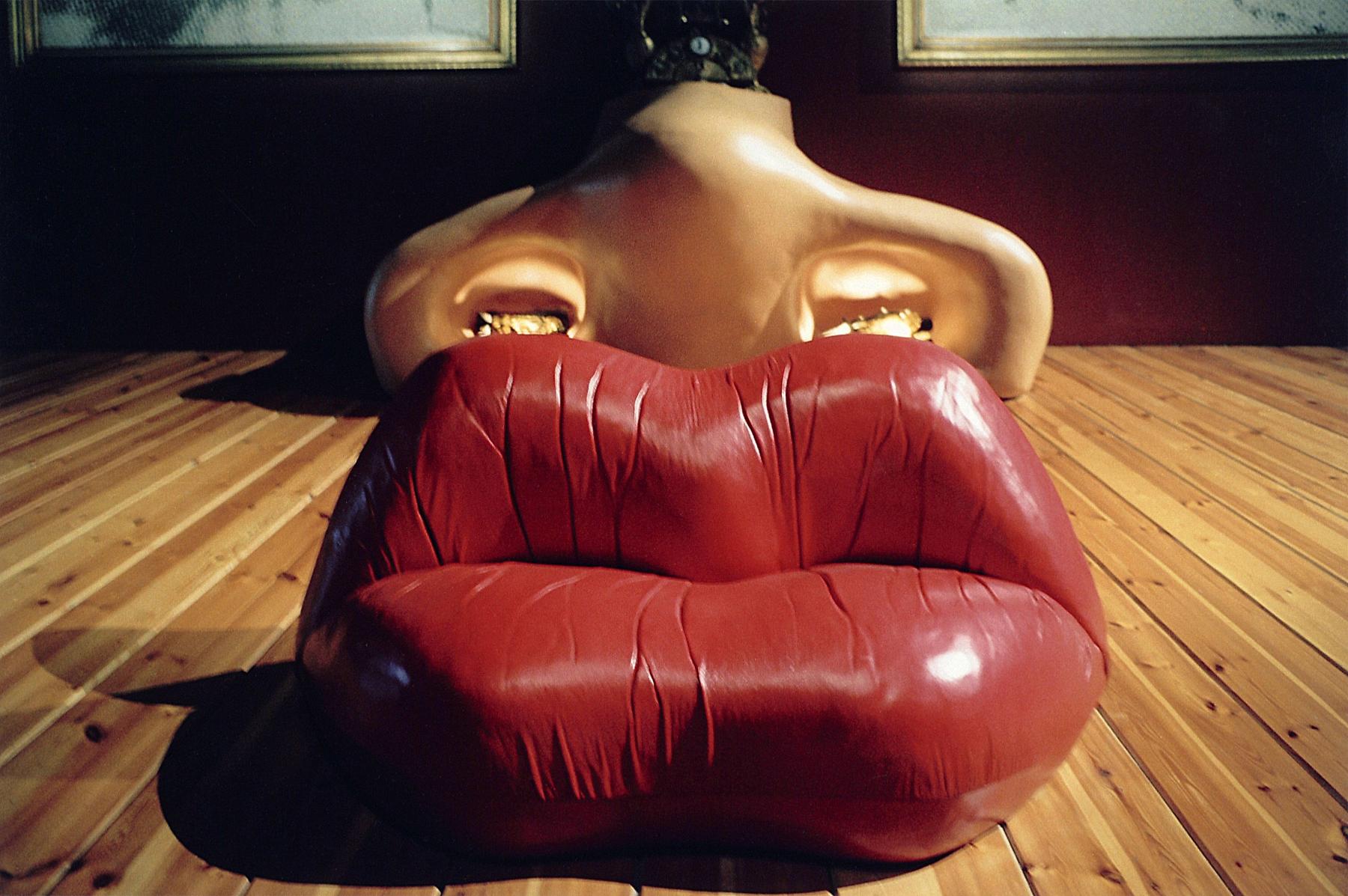 Just a 10-minutes walk from the Teatre-Museu Dali is the Castell de Sant Ferran. Built in the 18th century, this sturdy fortress sprawls over 32 hectares. Admission is free and you’ll get to learn about its military past, architectural influences and more through the audio guides (that are as almost as old as the castle itself). 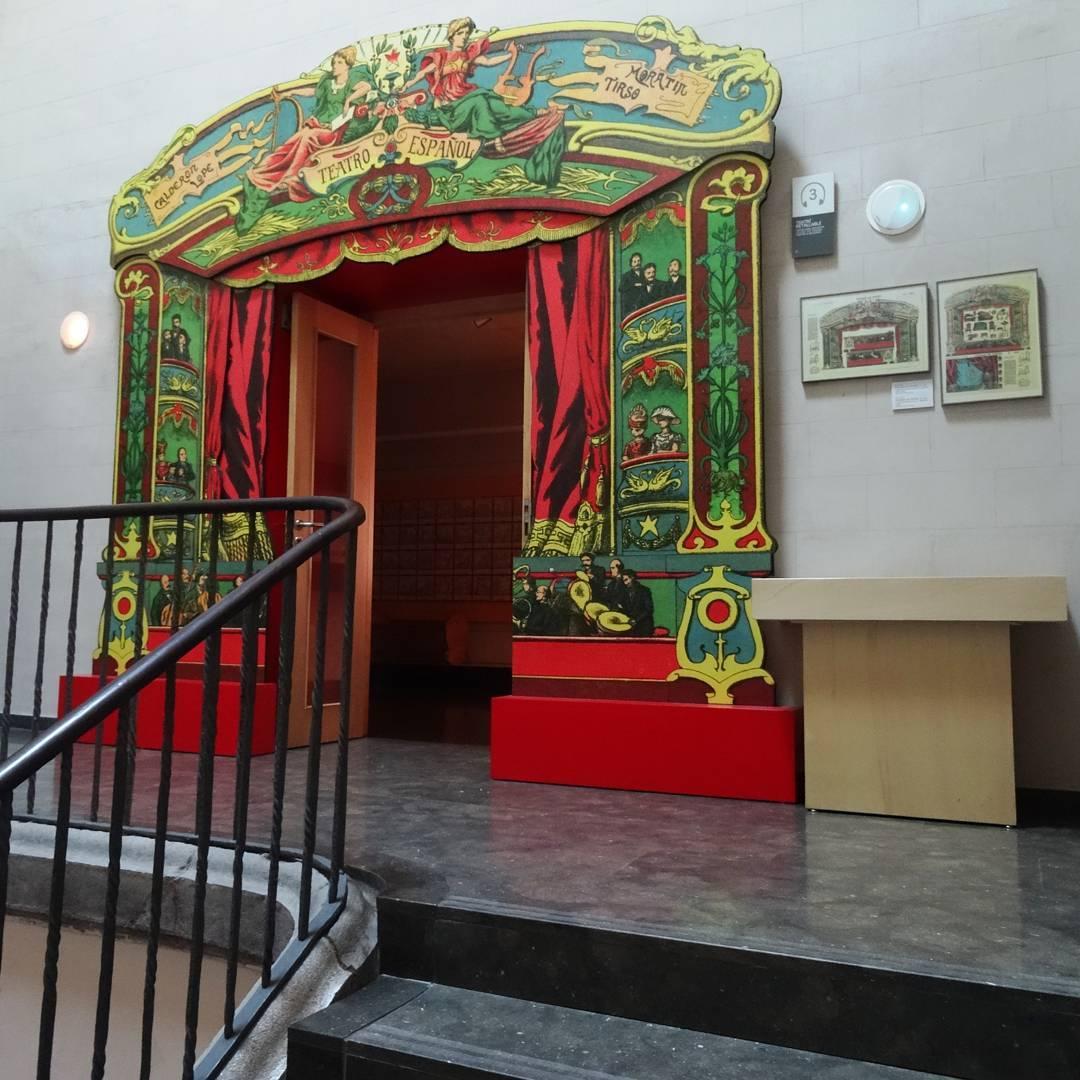 Vintage train models, (slightly) creepy dolls from the 1920s, some of the earliest board games to have existed - these are just some of the 5000 or-so toys that this museum houses. It’s a visually arresting series of exhibits on display, and makes for a great option if you’re traveling with kids (trust us when we say they’ll be amused). There’s even an entire section devoted to chronicling Dali’s childhood too! 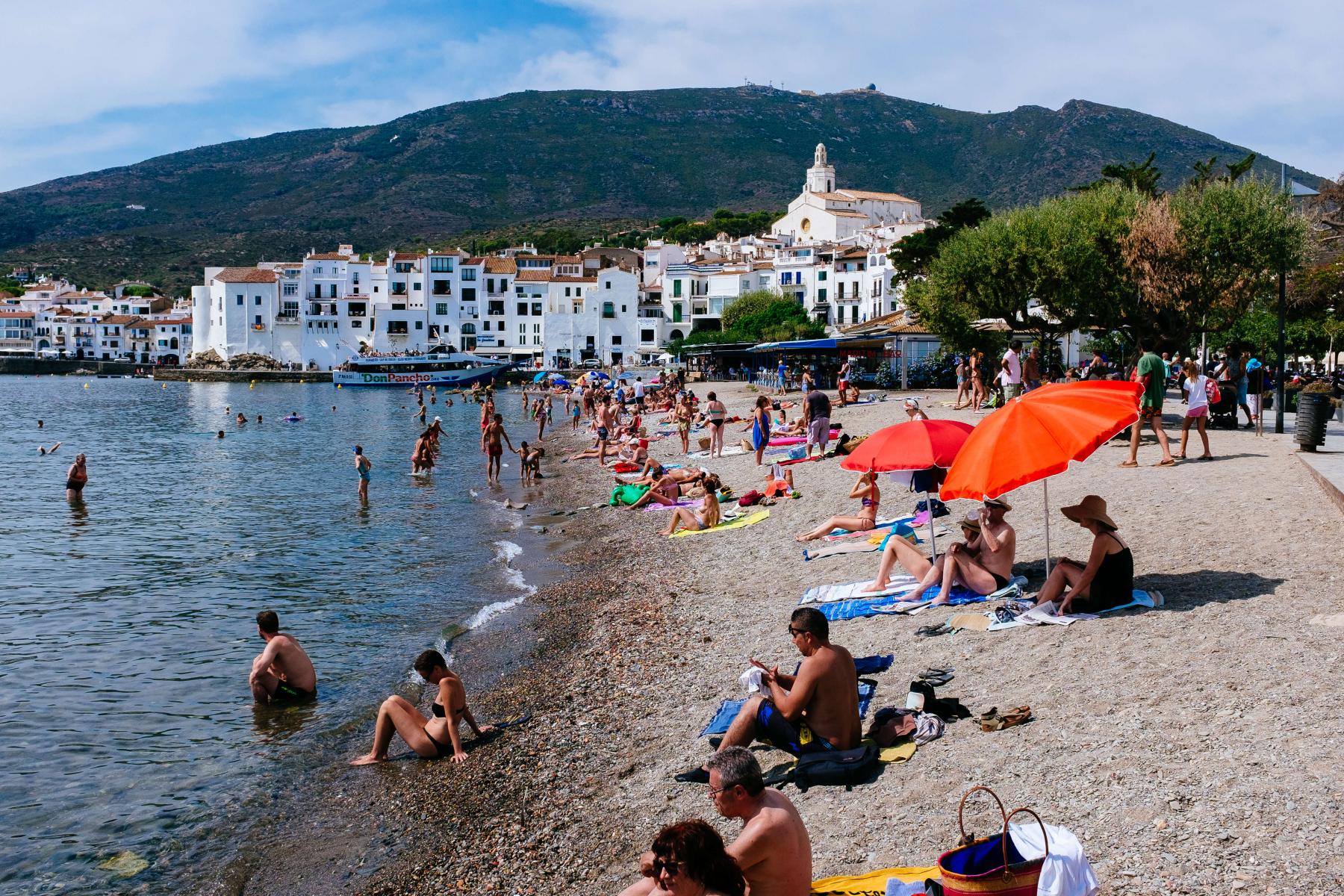 So you’ve landed in Cadaques, a coastal town in Costa Brava in the province of Girona, just an hour’s drive from Girona-Costa Brava airport. With its striking azure waters and piercing summer sun, it’s unsurprising that some of the world’s most respected painters like Magritte, Matisse, Picasso, and Salvador Dali were drawn to this tranquil waterfront haven. 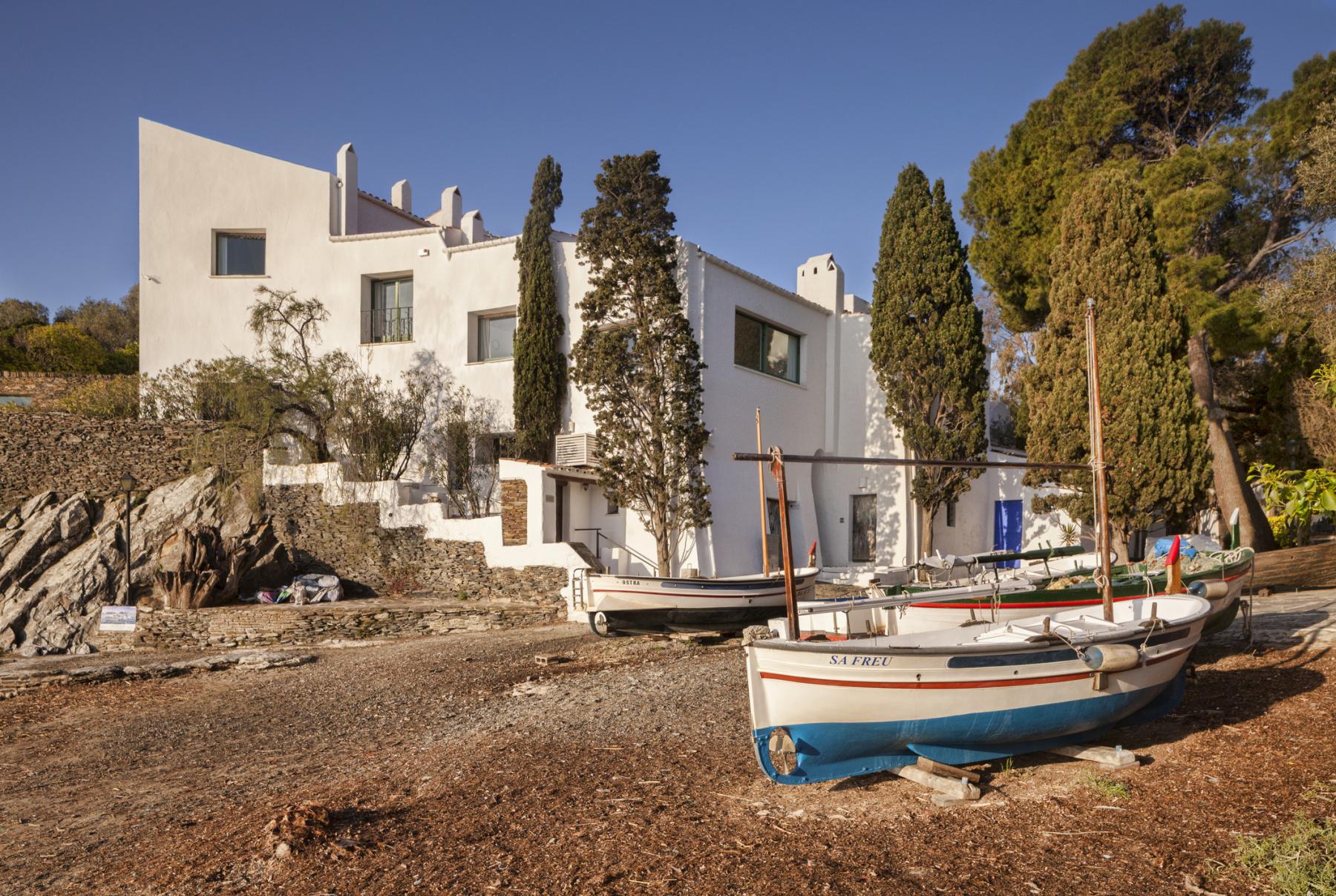 Casa Salvador Dali, the labyrinthe seafront house where the infamous painter often lived and worked for over fifty years until the death of his wife, is located in the neighbourhood of Portlligat. We love how all the rooms feature windows of different shapes and proportions that all peek out to one of Dali’s most iconic artistic references: the Portlligat bay. Mind you, this is a tourist hotspot - so be sure to book tickets way in advance. If you didn’t get to secure tickets in time, fret not. You can still glimpse the giant ornamental eggs Dali installed on his casa rooftop! 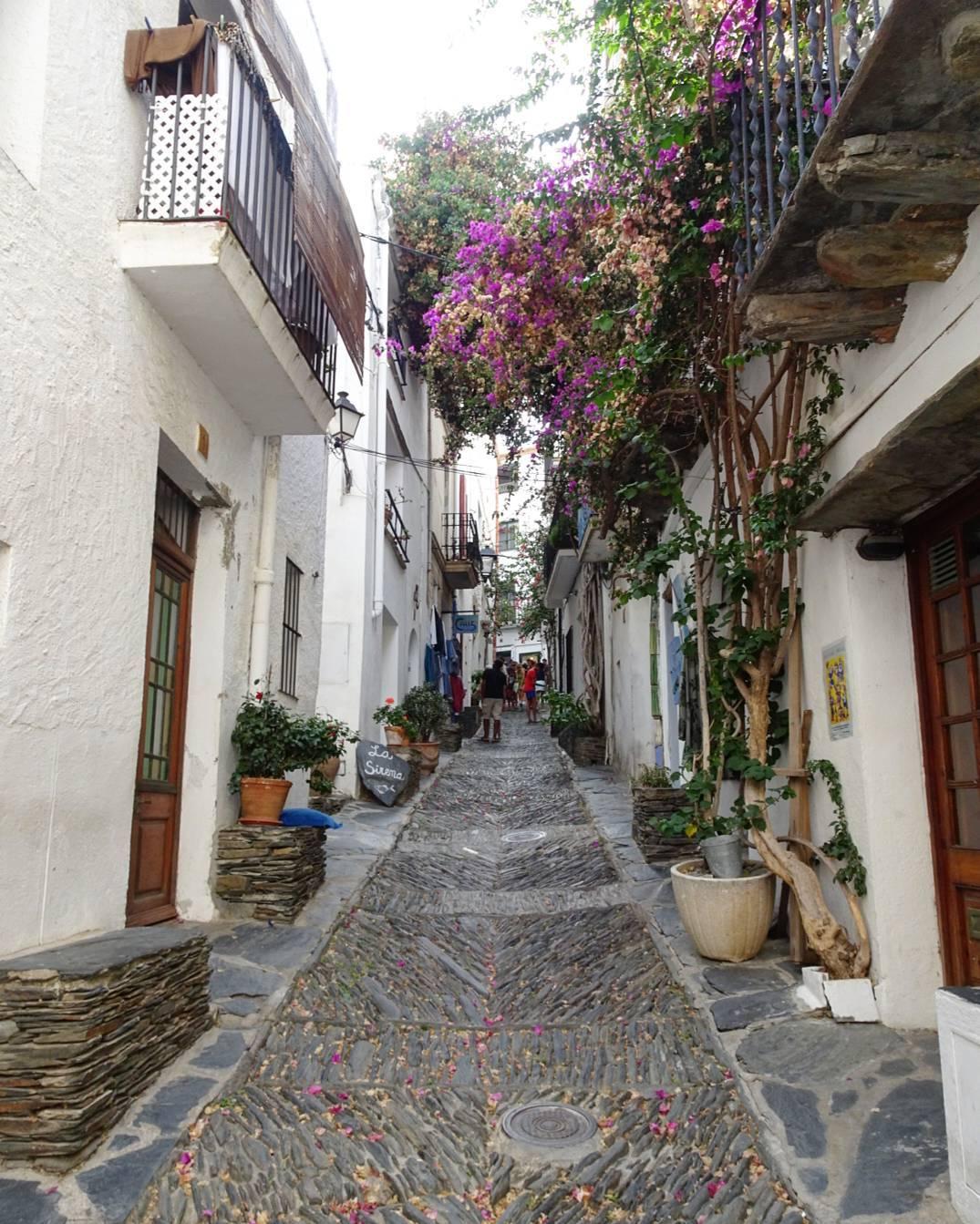 If you’re wondering what to do after dinner, make a trip down to the charming old town of Carrer d’es Call, where you can get lost in the maze of small galleries and gift shops housed in niches along its streets. 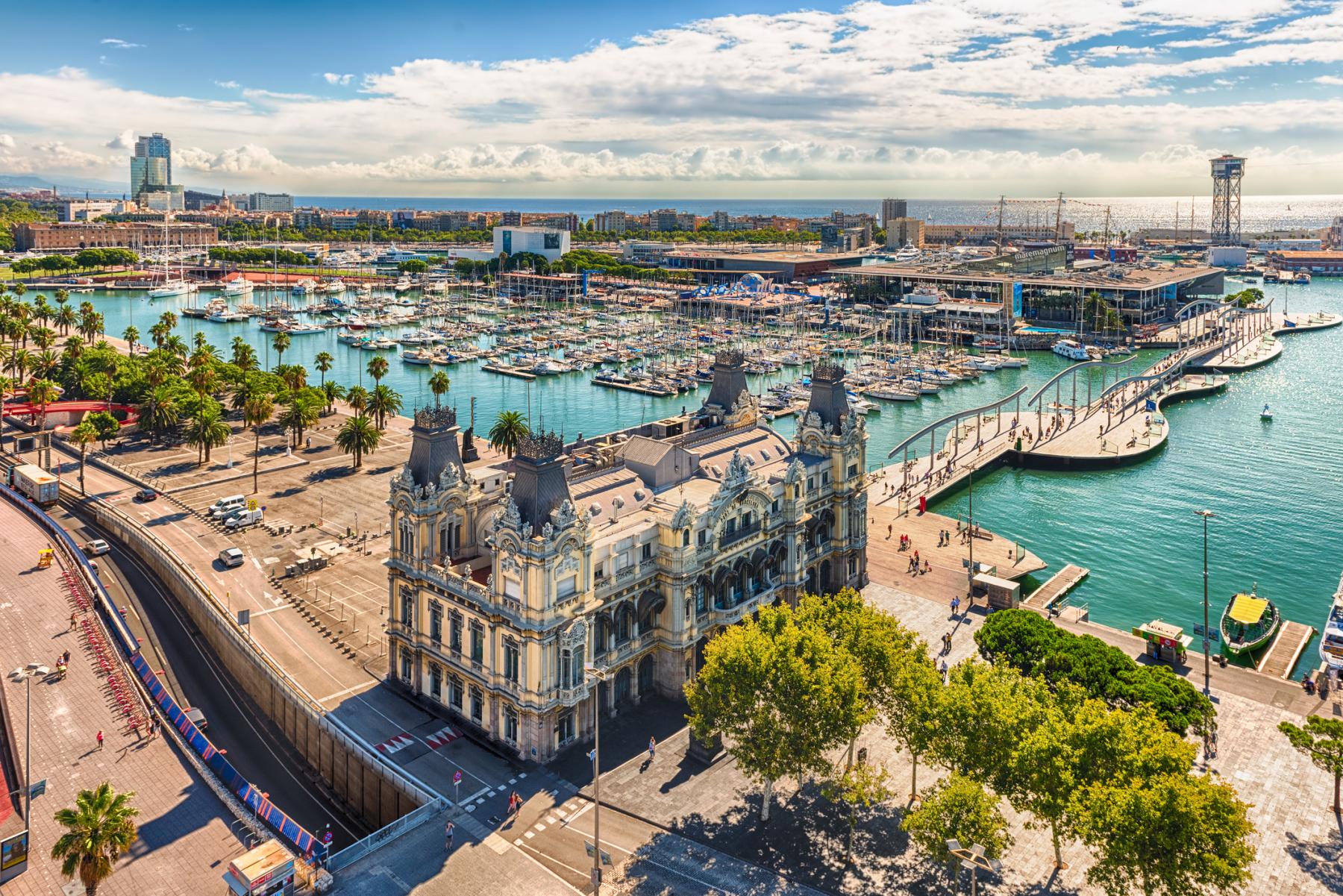 Modernista architecture, Picasso’s Barcelona, tapas - eternally sunny Barcelona has it all. The best way to explore all that it has to offer? On foot, of course! Skip the local metro and the tourist bus and truly immerse yourself in the city’s infectious energy as you stroll around its impressive buildings, districts, parks, and restaurants. 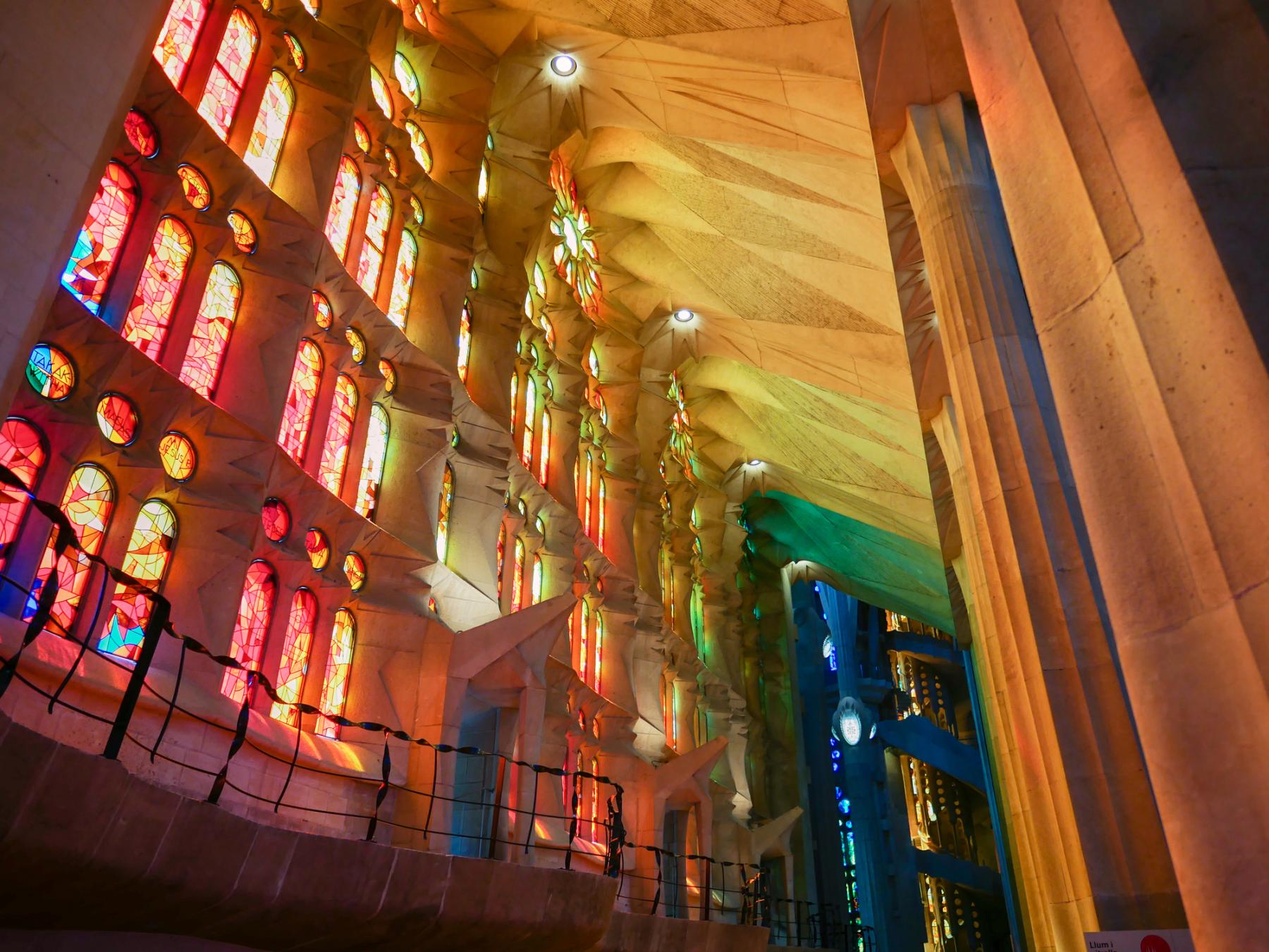 With over 3 million tourists flocking to its gates every year, the Sagradia Familia is without doubt Barcelona’s most visited tourist attraction in Barcelona. This might be surprising especially if you consider that the construction of the church (which had its foundation stones first laid in 1882) is still only expected to be completed by 2026 - a century after the death of its architect. As you step into the church grounds, be prepared to be swooned by its interiors, which features columns that branch towards the ceiling in a tree-like manner. Given the popularity of the destination, be prepared to visit either early in the morning or late evening, where the sun’s golden rays filters through its stained glass windows. P.S. It’s pretty epic stuff! 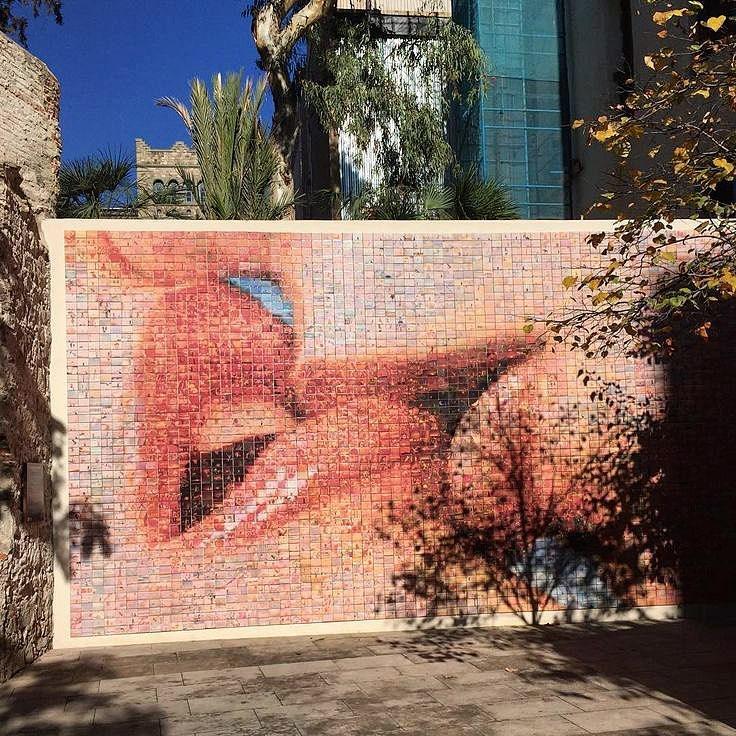 ‘The world begins with every kiss’ - that is the name of this striking artwork by Catalan artist, Joan Fontcuberta. Get this: this outstanding piece is actually made up of 4,000 photographs taken by the city locals that illustrates what freedom means to them. The photos were then printed onto tiles, before resultantly being arranged in a way that depicts the kiss above. Fret not, this sweet spot is still not as touristy as Barcelona’s other famous streets (i.e. the La Rambla), so you’re definitely guaranteed the perfect #Insta-worthy photo opportunity. 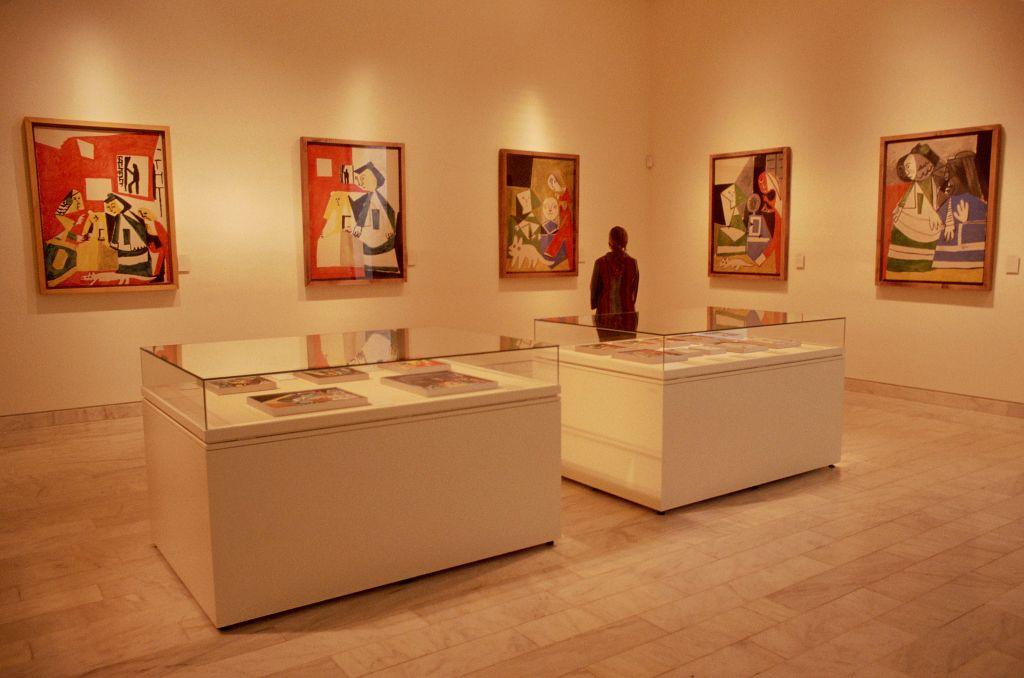 A must-see for Picasso fans and lovers of art, the Picasso Museum is entirely dedicated to the iconic Spanish artist, featuring over 4000 works mostly from his youth. It displays, in chronological order, his evolution from a classically-trained painter to a Cubist painter. The museum itself is also an aesthetic dream, with epic ceilings adorned with luxurious chandeliers. 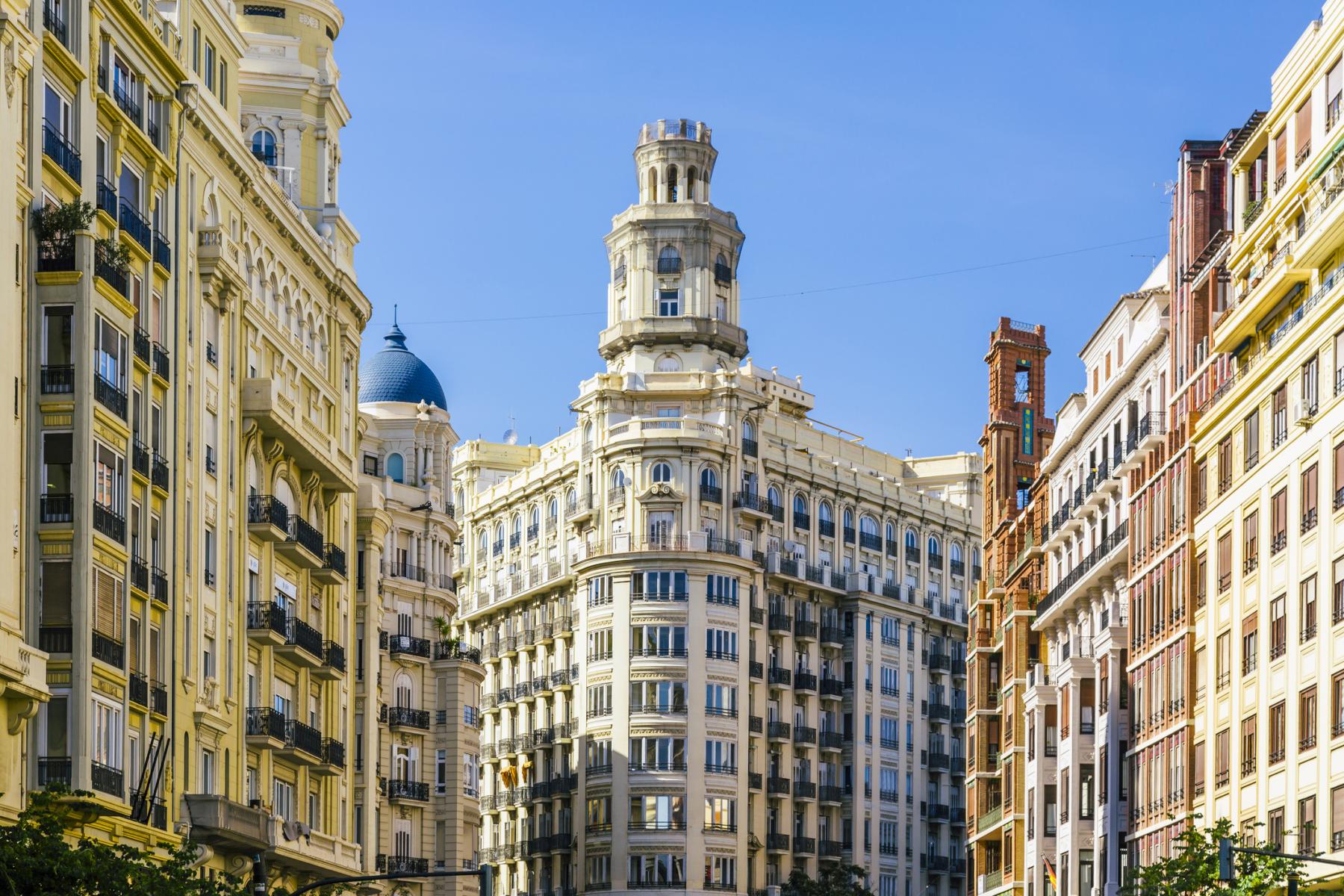 Valencia, Spain’s third largest city, has an inexhaustible list of attractions for everyone. It’s a beautiful melding of old and new, nature and built spaces: there’s beautiful sunny beaches, great bars and restaurants all interspersed with medieval castles and art deco architecture. 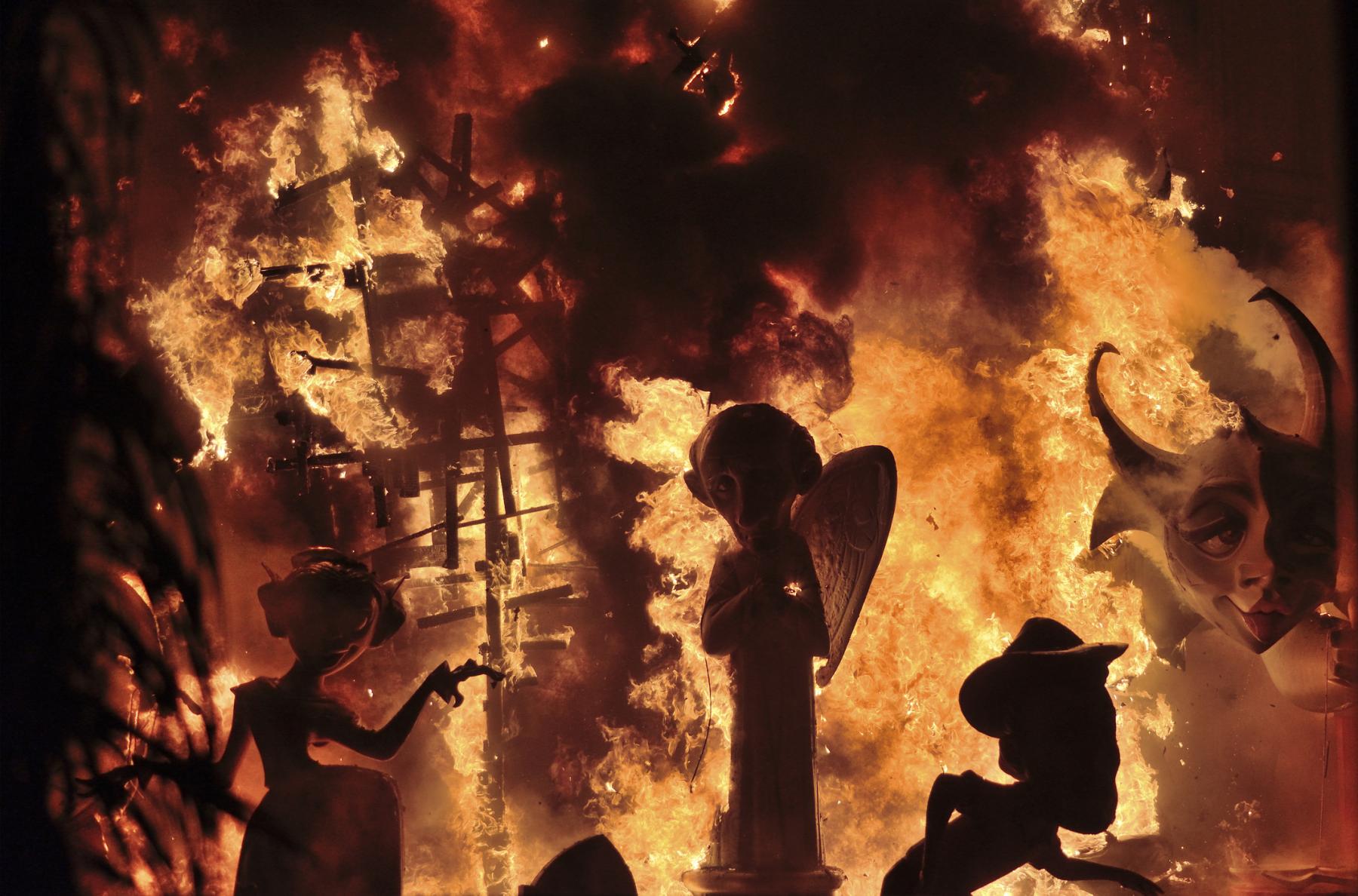 If you’re ever in Spain during March, be sure to schedule time to check out the Las Fallas Festival in Valencia. Taking place from the 15th to 19th March each year, this epic national festival (also known as the Festival of Fire) celebrates the feast of San José, the patron saint of carpenters. There are all-day processions, pyrotechnical explosions across the city, a firework display in the city’s old river bed each night, which culminates in the la Cremà, where ‘ninots’ are burnt.

City of Arts and Sciences 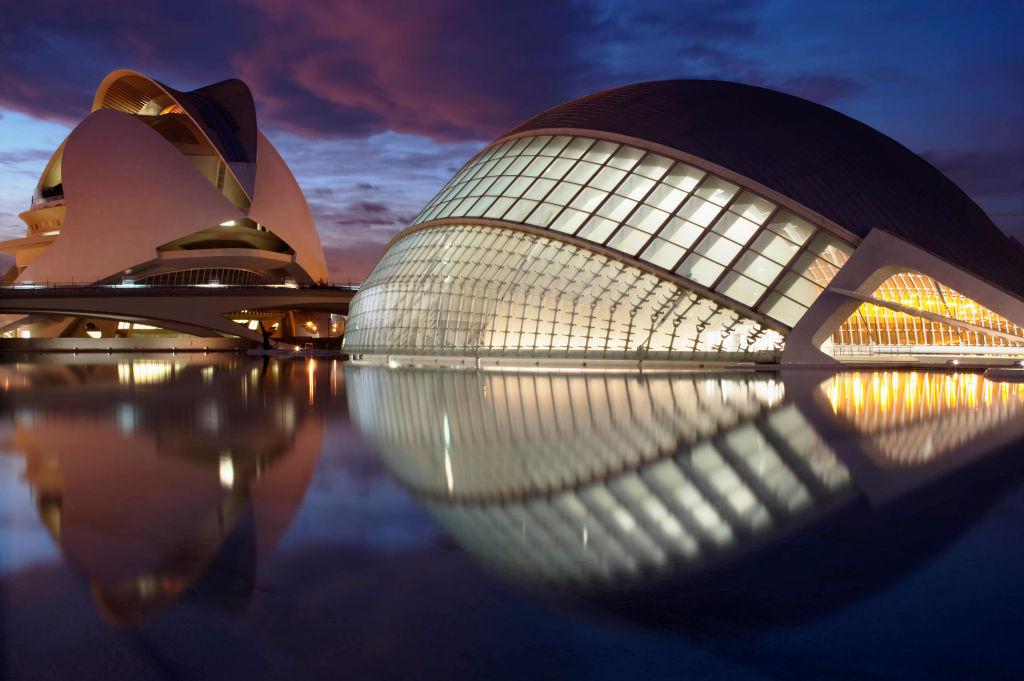 Valencia’s City of Arts and Sciences comes highly recommended for any first-time visitor to the city. Designed by its local architects Santiago Calatrava and Felix Candela, it’s essentially a scientific and cultural leisure complex, featuring a cluster of different buildings, extending across two kilometres of the River Turia. A few noteworthy highlights include the Oceanografic, Europe’s biggest aquarium, which has seven different marine environments home to over 500 different marine species; the Palau de les Arts Reina Sofia, its opera house where operas, concerts, zarzuela and ballet performances are held, and more.

Needless to say, Spain is the perfect destination if you love sinking your teeth into all things art and culture. Just be warned - you might leave completely smitten with the Spanish cultural bug.