Kia Ora! Itching to go on an adventure this coming holiday? Well, there’s no better place than New Zealand! A perfect amalgamation of unique culture, modernity, and breathtaking landscapes, there is something truly captivating about this delightful country. Yet, there is more to New Zealand than the often talked about Hobbiton or Milford Sound; indeed, it’s full of incredible surprises awaiting your discovery!

1. Tumble downhill in a Zorb ball

As quirky as its name suggests, “Zorbing” refers to the wacky act of rolling down a hill in a large transparent ball. It’s actually a legitimate word – in fact, Zorbing has become such a popular activity that it was added into the Oxford Dictionary in 2001!

Laugh your hearts out with your besties as you tumble down the hill like hamsters together in one single ball, or roll solo and race them to the finish line at the bottom of the hill. Whichever option you pick, we guarantee that all of you will have a bumpin’ good time! 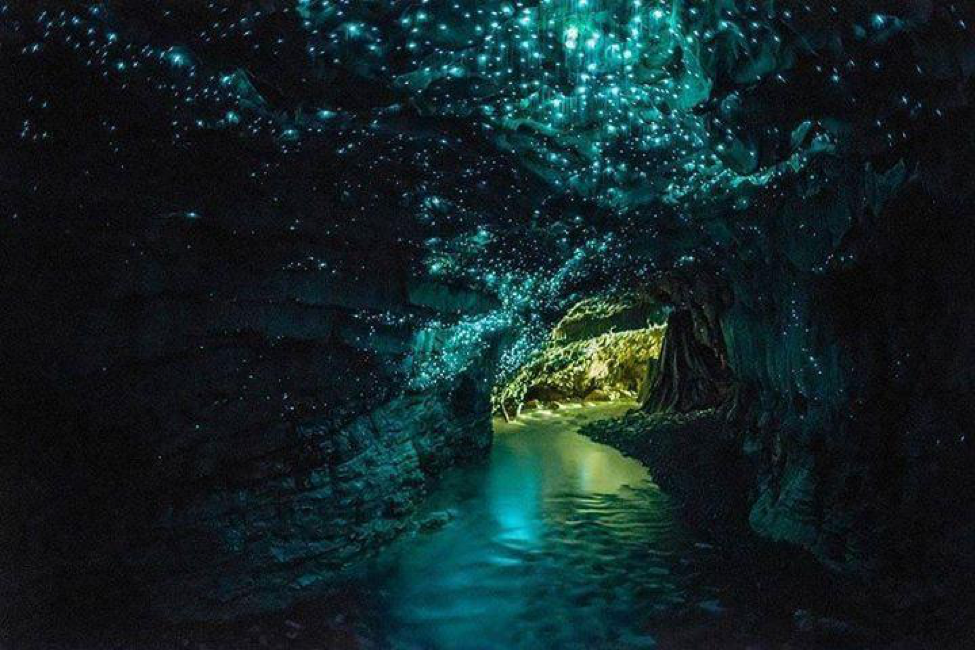 Tranquil, celestial and stunning, the Glowworm Caves of Waitomo are simply out of this world. Radiating shining luminescent light from the ceiling of pitch-black caves, it outshines even the starriest of nights. As you venture deeper into the cave, you will feel as though as you have walked onto the set of the most amazing sci-fi movie, set in interstellar space. 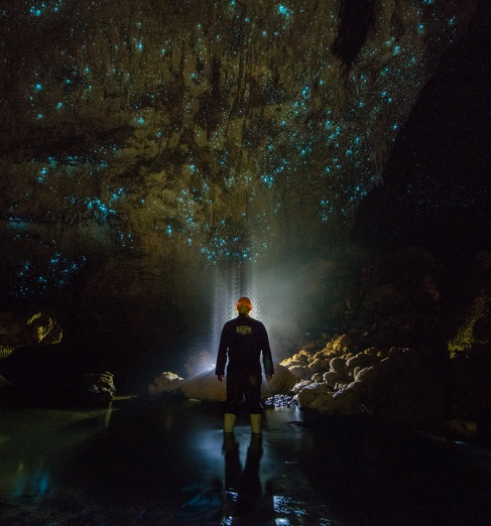 For families with young children, glide through the cave onboard a boat to enjoy the tranquil ambience of Lake Waitomo. The whole family will be fascinated and intrigued as they watch the Arachnocampa Luminosa (glowworms) brighten up the entire cave with their fluorescent light! This incredible sight will be a truly unforgettable memory for every traveller.

3. Walk up the steepest road on earth 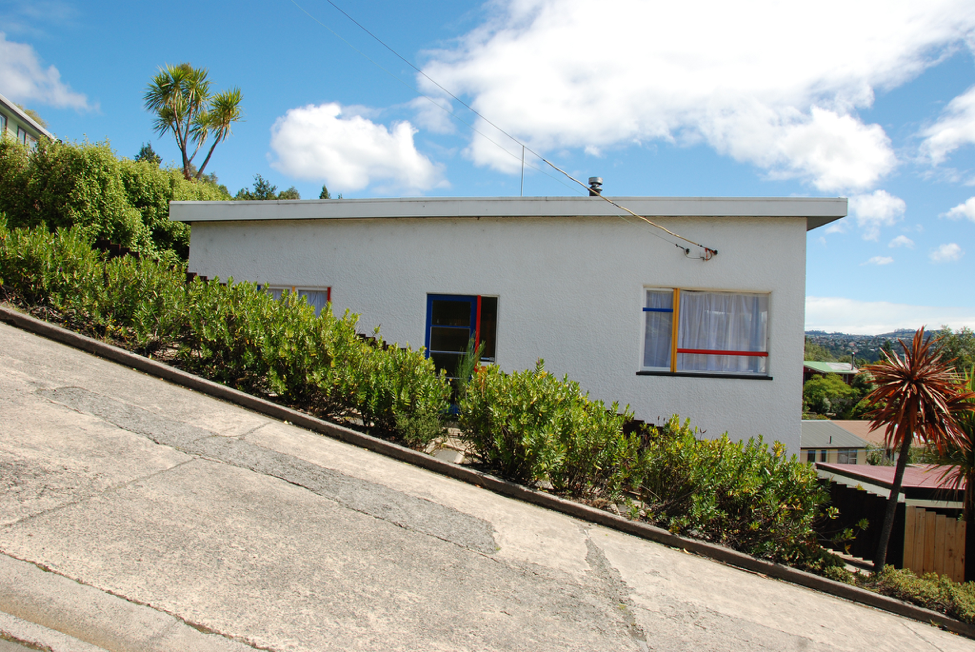 Coined the steepest road in the world by the Guinness Book of World Records, Baldwin Street is far from an ordinary residential street. A 350-metre long road sloped at a 35 degrees angle, it is no easy task to go to and fro on it. The course record is presently 1 minute and 56 seconds! To put things into perspective, the current world record for a 400-metre sprint on flat ground is 43.04 seconds. Think you can beat it? Give it a shot! 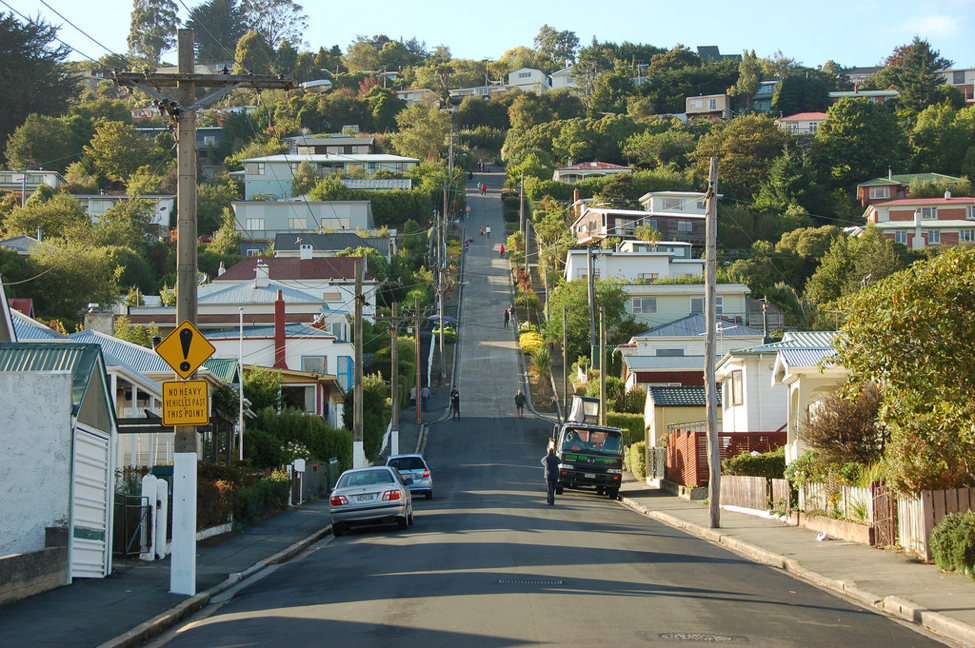 On your next visit to New Zealand, challenge yourself (and your friends) to a race up Baldwin Street. After all, you need to work off all the New Zealand goodies you’ve consumed on your vacation!

All pumped up to try these quirky activities in New Zealand? Hurry and book your air ticket using your UOB Card and enjoy HUGE savings on your accommodation!

4. Traverse the funky-smelling city of Rotorua 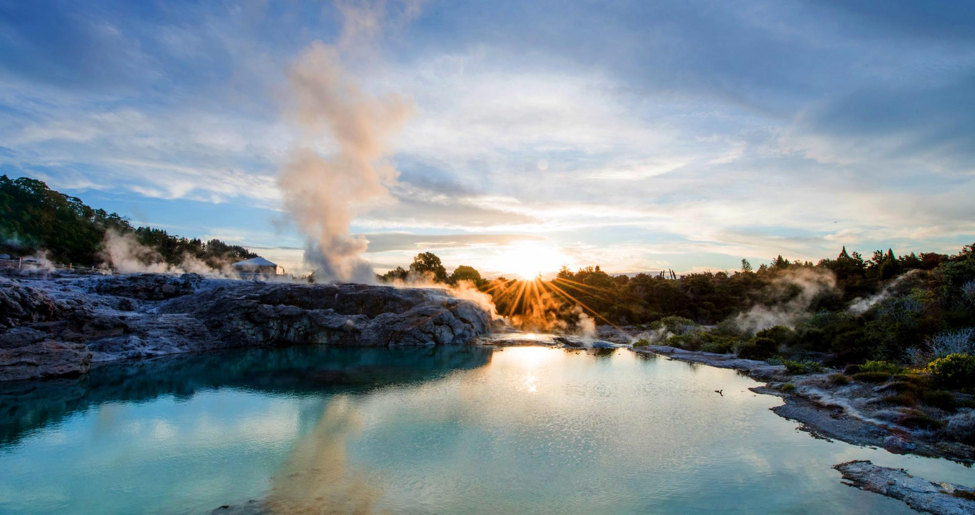 Comically bestowed the title, “The Smelliest Place on Earth”, Rotorua is also fondly known as Rotten-rua. As a result of its rich geothermal activity and heavy sulphur deposits, the city has a pungent aroma that smells distinctly like rotten eggs. Intimidated by the thought? Well, locals insist that longer you stay on in Rotorua, the more the smell grows on you. So, a lengthened visit is certainly recommended! 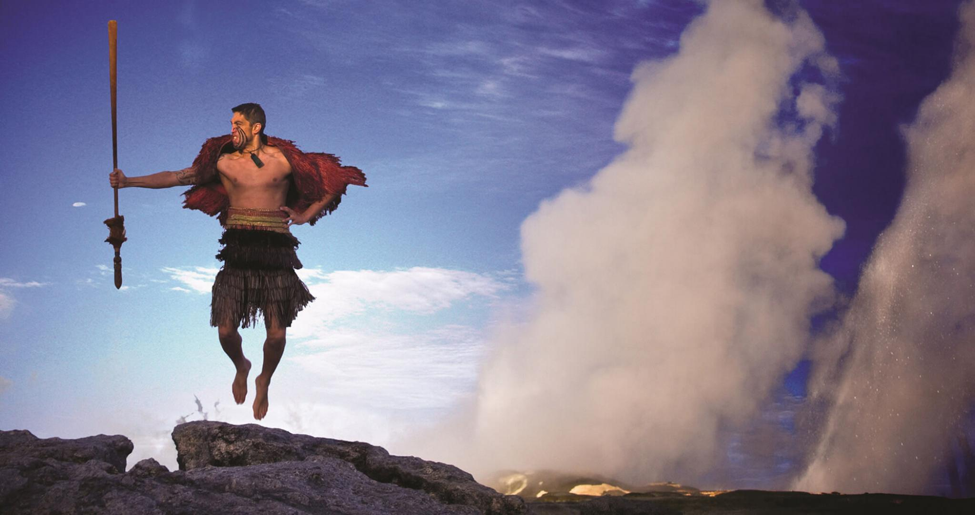 Smell is not Rotorua’s only unique characteristic. An assault on all senses, Rotorua also visually enchants. Experience the unique Māori culture and artistry in Te Puia, just four kilometres south of Central Rotorua. You may even get an opportunity to participate in a pōwhiri (pronounced as ‘poor-fee-dee’), which is a traditional Māori welcoming ceremony. 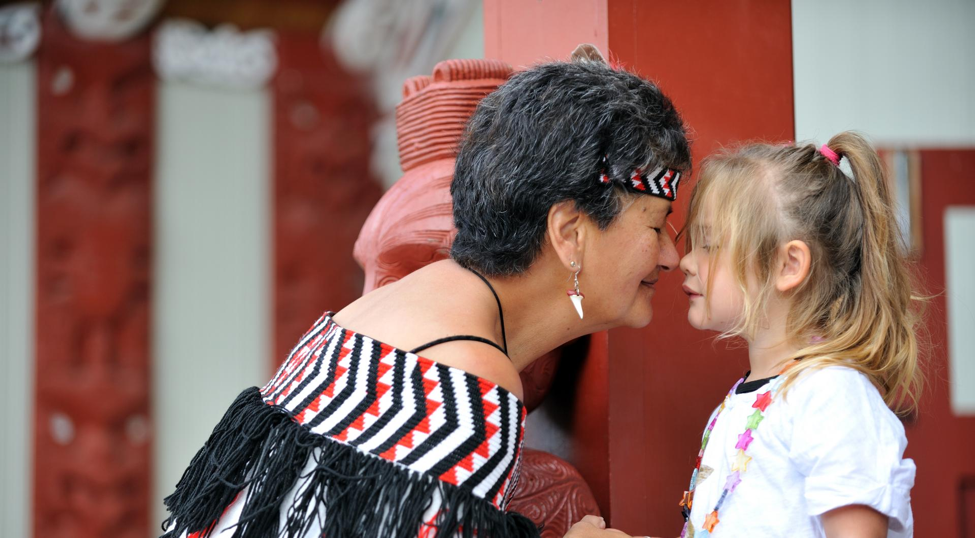 A pōwhiri involves a challenge from a warrior, on top of a welcome call from a female host. Following which, speeches are given and traditional songs are sung. The friendliness and cordiality of the Māori are exemplified through the final part of the part of the ceremony, the hongi, where visitors press noses together in a traditional Māori greeting. It signifies the sharing of the “breath of life”.

There is no better way to experience New Zealand’s culture than with a visit to Rotorua!

5. Marvel at the Tree Church 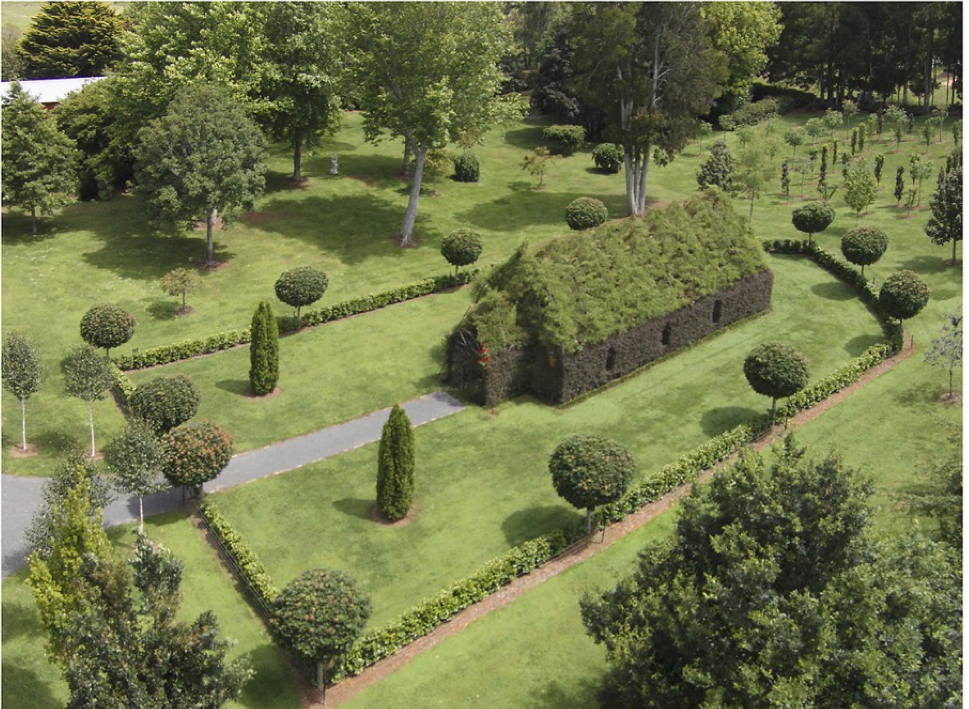 Yes, this is literally a church made out of trees! The one-of-a-kind Tree Church is the brainchild of Barry Cox, who is an expert in both arboriculture and churches.

Its roof is made with the sparsely foliaged Alnus Glutinosa ‘Laciniata’ (cut-leaf alder), which is flexible enough to be trained over temporary iron frames and, subsequently, become the frame itself. As for its walls, the Leptospermum Macrocarpum ‘Copper Sheen’ (an Australian tea tree) is used for its thick foliage and colour which resembles stone. On top of that, the church’s altar is also made from marble from Lake Como in Italy, where Barry Cox’s ancestors hail from. Indeed, every little detail of the picturesque church is purposeful and well-thought out! 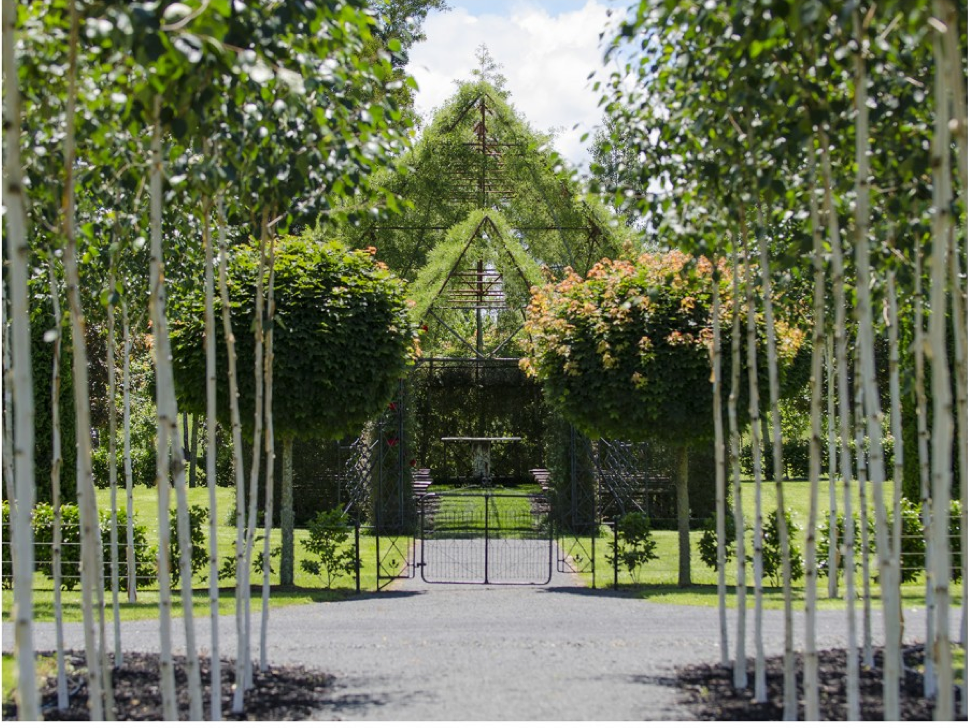 Barry Cox had originally grown the Tree Church for his own enjoyment, and to continue his passion for ecclesiastical architecture. The good news is, the Tree Church was finally opened up to public in January 2015! Visitors can now traipse down the aisles of this incredible architecture while marvelling at its peculiar yet ingenious formation. Up your ‘gram game with tons of gorgeous snaps here too!

6. Reenact The Chronicles of Narnia at Castle Hill 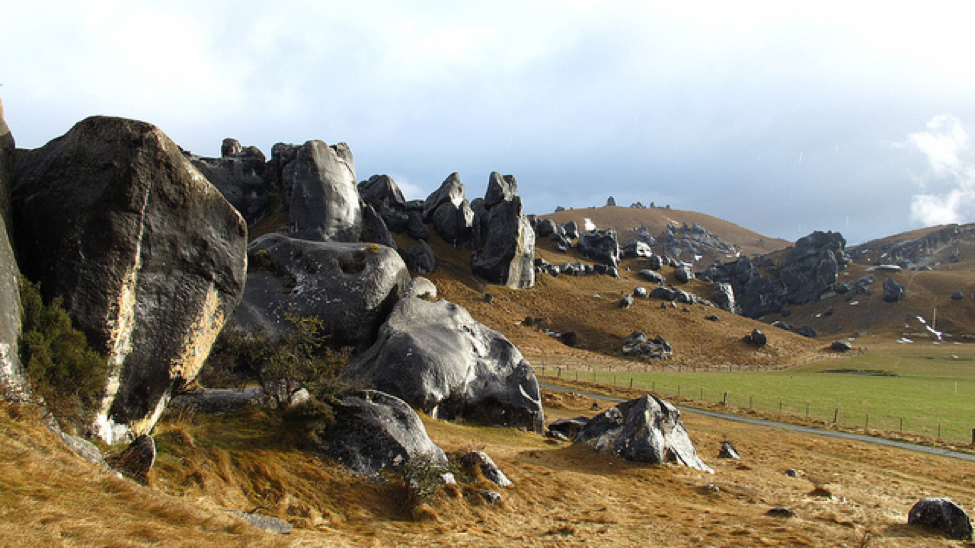 New Zealand is synonymous with Lord of The Rings, but its incredible landscape has made it a darling of Hollywood location scouts as well! Can you recall the epic final battle scene between Aslan’s army and the White Witch in the Chronicles of Narnia: The Lion, The Witch and The Wardrobe? It was filmed at this very spot! A vast landscape with imposing array of limestone boulders, this spectacular hill was so named ‘Castle Hill’ as it is reminiscent of an ancient, desolated stone castle. 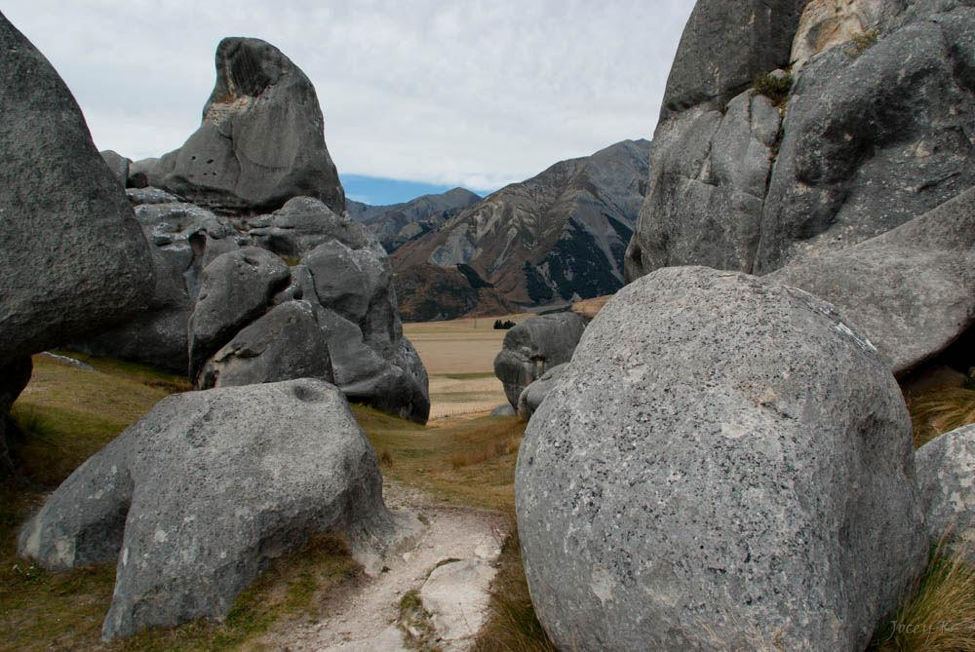 Located in the secluded Kura Tāwhiti Conservation Area, this remarkable natural wonder is simply breathtaking. Visitors can choose to go on a trek that loops around these magnificent rock formations to admire its marvellous views. Alternatively, pack a picnic and find a beautiful spot next to one of these giant rocks! Feel what it’s like to enter the enchanted land of Narnia as you enjoy the company of your comrades in this serene, magical atmosphere at Castle Hill.

Who doesn’t love a trip that goes easy on the wallets? Ready your UOB Card and book your flight now! Even better, every booking is entitled to up to S$200 worth of Expedia hotel vouchers for you to save, save, save on your accommodation!

7. Whiz across Lake Wakatipu in a Shark Mobile 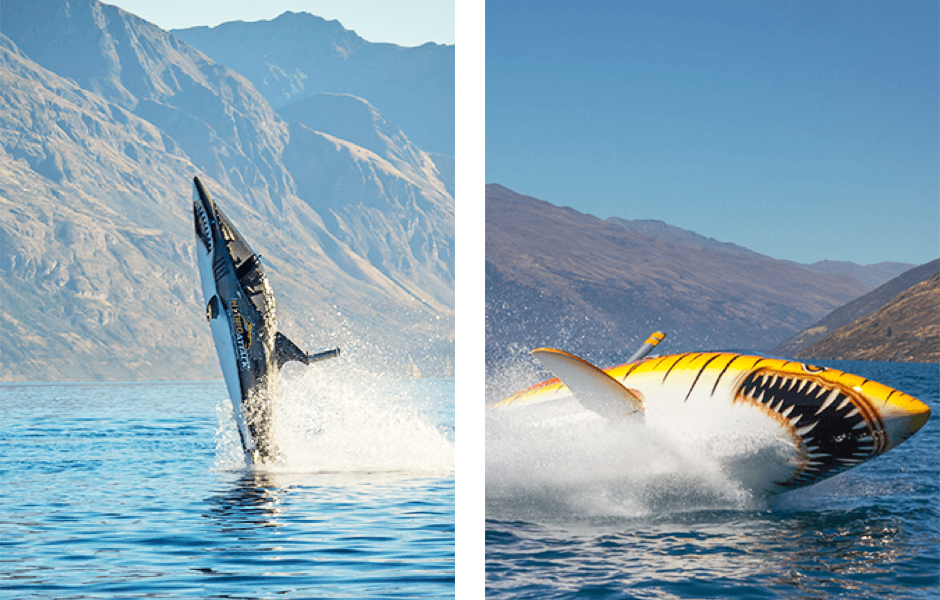 Buckle up for an adventure of a lifetime as you zoom across Lake Wakatipu at a whopping 80km/hour. Painted to resemble a shark, the Seabreacher X is an epic cross between a fighter jet and a torpedo. BLAST out of the water with grandeur before plunging back into the lake at lightning speed, and hold on tight as you experience tight G-force turns! Can you feel your adrenaline pumping already?

Created by Hydro Attack, this extreme sport can only be found in Queenstown, New Zealand. Set in the pristine waters of Lake Wakatipu, enjoy awe-inspiring views of mountains and dazzling waters as you zoom around in a shark mobile!

If you are looking to for a totally unique thing to do, THIS is it. Assemble your squad and hit this sensational water sport on your next trip to New Zealand!

8. Race against your friends and family on the Shweeb 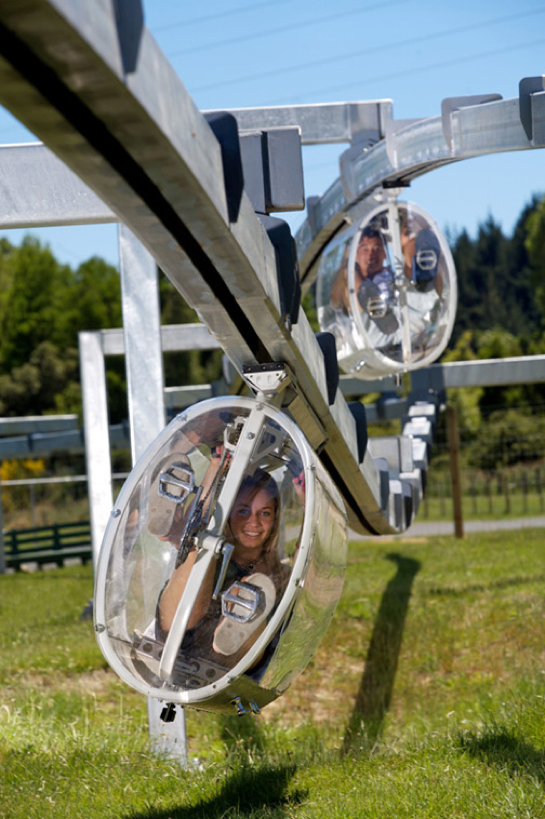 Ever heard of “Shweebing”? The Kiwis sure are creative with naming their creations! Well, the Shweeb is a monorail race circuit from which pedal-powered transparent pods hang. Players lie in a recumbent position as they pedal their way through the high and low of the wavy terrain.

A super family-friendly activity, the Shweeb is amazing fun for the family. As the speed at which it goes depends on how fast the player(s) cycle, coupled with the fact that the race course is not too high above the ground, it is extremely suitable for young children. Plus, you can even choose to go for tandem races where you can ride together or against each other! There’s no better way to settle that familial rivalry. 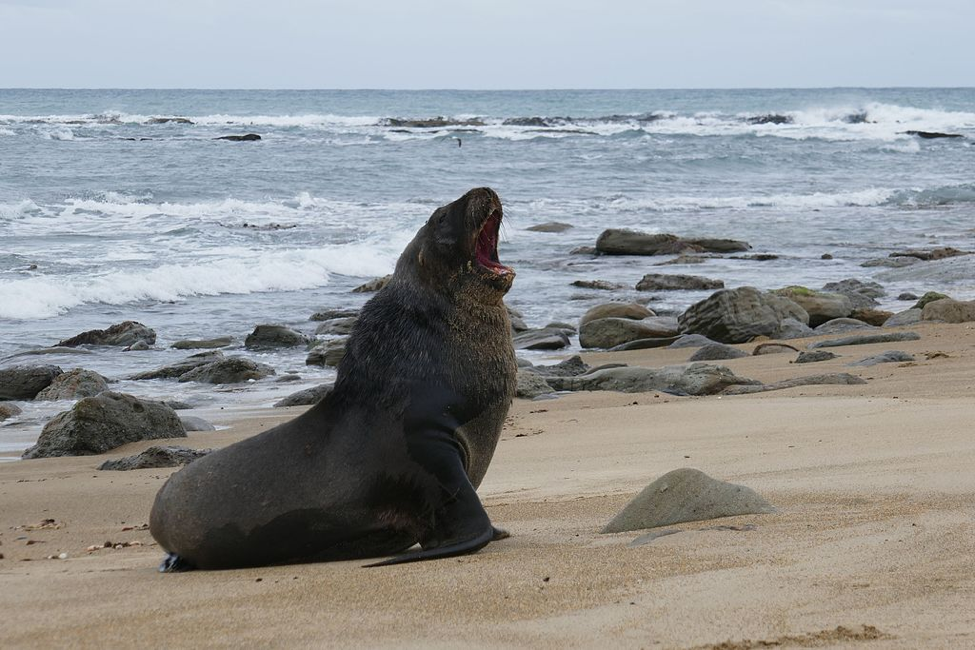 Hidden deep in the Catlins is the secretive and charming Waipapa Point. One of the best-kept secrets in New Zealand’s South Island, Waipapa Point boasts of an ivory beach with breathtaking sunset views and… (wait for it) an incredible opportunity to watch one of the world’s rarest seal species – the critically endangered New Zealand Sea Lion – in their natural habitat.

It is not uncommon to find these magnificent sea kings lounging on the beach along the rocky and serene coastal line. While they aren’t shy creatures, be careful not to go too near as they can be aggressively defensive of their sand turfs! Instead, it’s recommended to revel in this majestic sight from a distance. 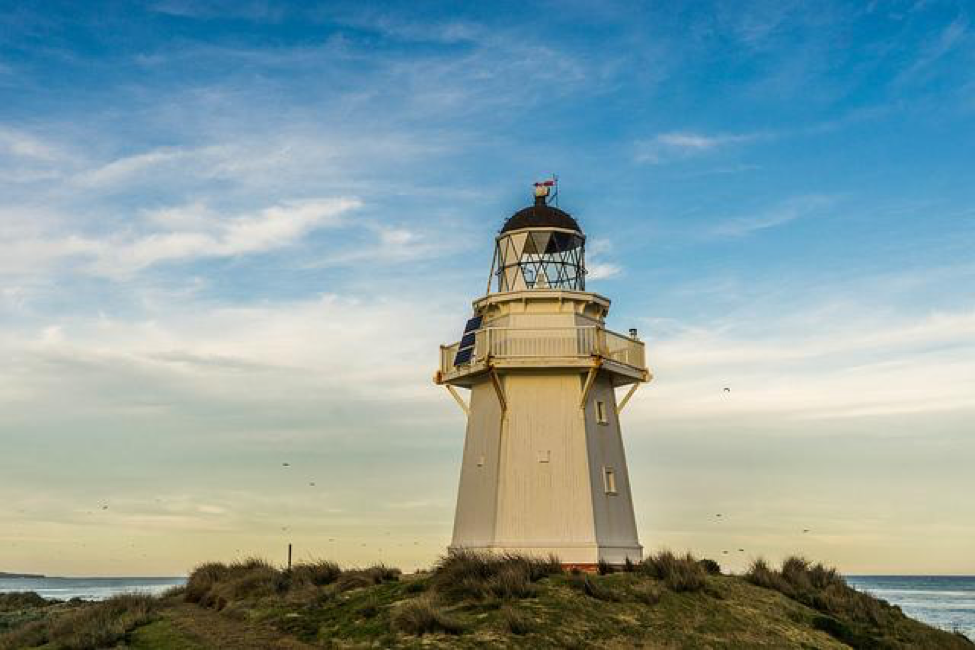 While you are at the peaceful Waipapa Point, take some time to explore its surroundings. This scenic place is by no means ordinary! In fact, the coastline of Catlins is notoriously dangerous, with New Zealand’s worst shipwreck (only 10% onboard survived) to have foundered off right here at Waipapa Point in 1881 . As a result of this tragedy, a lighthouse was built in 1884. Located off the beaten path, Waipapa Point is the perfect place to visit on your next road-trip on the South Island. Don’t say we didn’t share our secrets!

We weren’t kidding when we said that there are just so many wacky things to do in New Zealand! But the most fabulous part is….

Enjoy massive discounts on your hotel bookings with up to S$200 worth of exclusive Expedia vouchers when you pay for your air tickets with your UOB Card. There’s no easier way to enjoy such fantastic savings! 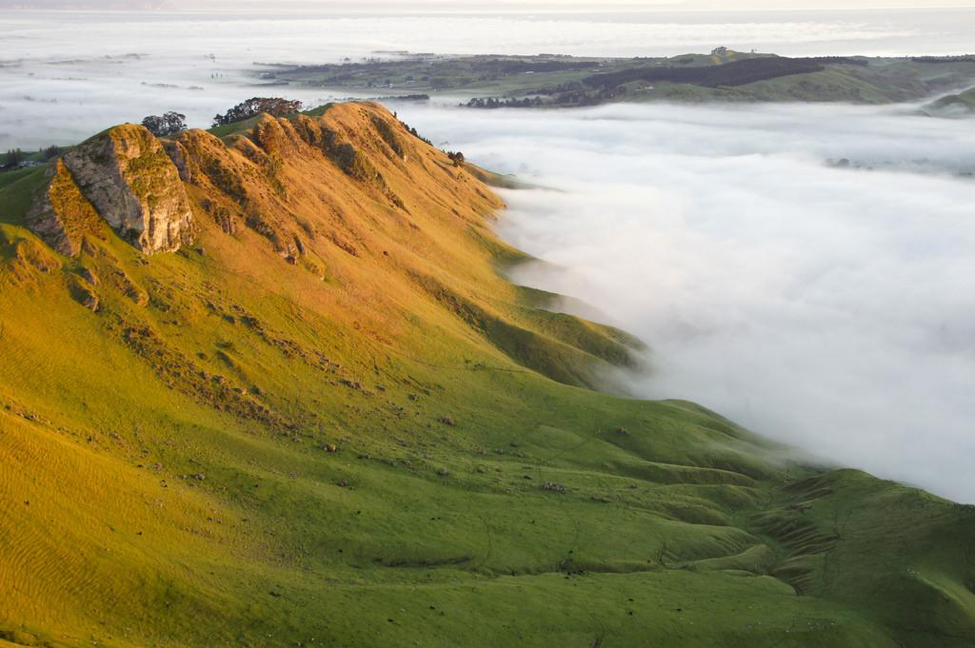 Shrouded in mysterious legends, the enigmatic Te Mata Park tells a tragic tale of love and fate. It is said that, many centuries ago, the Pakipaki people of the Heretaunga Plains faced constant threats of war from the coastal tribe of Waimarama. The Pakipaki chief devised a plan for Te Mata, leader of the Waimarama tribe, to fall in love with his beautiful daughter, Hinerakau, so that war would be turned to peace. As fate would have it, Hinerakau fell for Te Mata too.

Yet, this love was not to be. Driven by vengeance from the past, the people of Heretaunga demanded Te Mata to prove his devotion to Hinerakau by performing a series of impossible tasks. The final one was to bite (yes, bite) his way through the hills between the coast and the plains so that the people could travel to and fro with greater ease.

Alas, Te Mata died proving his love for Hinerakau when he choked on the earth of Te Mata Peak. Overcome with grief, Hinerakau covered the body of her husband with a blue cloak before leaping to her own death from the Waimarama side of the Peak. 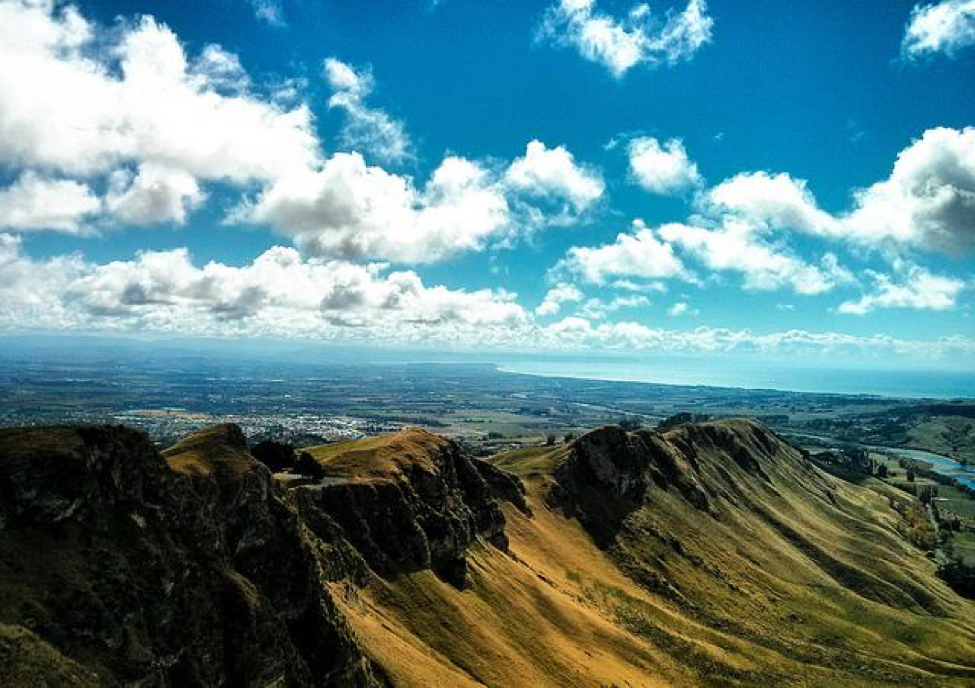 The uneven hills at Te Mata Peak today are the remnants of Te Mata’s efforts and are known as Pai Karangaranga, which means echoing cliffs. Locals believe that his prostrate body forms Te Mata Peak itself. If one looks down from the peak, one will also notice a gully at the base – said to be formed by the impact when Hinerakau’s body fell onto the earth.

What’s better than an outdoor adventure? An outdoor adventure veiled in mythology, ancient tales, and extraordinary sunset views, of course! Hike up to Te Mata Peak to experience all of these personally on your next trip to New Zealand. Nothing has ever prepared you for a Māori adventure like this one!