Māori are increasingly utilising tourism in a bid to preserve and promote their culture and create a more prosperous future for their youth. This initiative is also assisting in the preservation of the natural environment of Aotearoa. 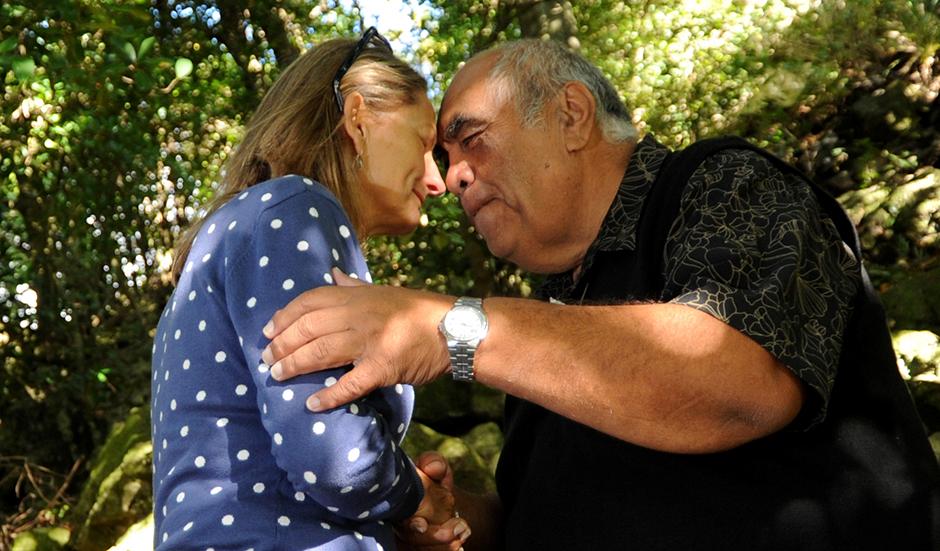 New Zealand, one third of which is covered in conservation areas, was home to the Māori people for thousands of years before the first Europeans arrived. Recognised as the tangata whenua - or people of this land - Māori have a unique Pacific culture and world view with a strong emphasis on hospitality and respect for the natural environment. Meeting and interacting with Māori New Zealanders gives visitors an authentic insight into the country, its people and culture.

Māori tourism covers a wide range of experiences from walking tours through ancient forests to seaside meanders, wildlife encounters, hunting and fishing, dining and art experiences to the classic cultural shows found in Rotorua - the traditional centre of Māori tourism since the days of early European settlement and fascination with the culture.

The Ngāti Whare and Tūhoe iwi (tribes) in the Central North Island offer walking tours through the Whirinaki rainforest - one of the world’s most spectacular rainforests, and home to ancient species of flora and fauna. Local Māori guides provide tales of tribal history and explain the medicinal purposes of the plants. The active volcanic landscape of Rotorua frames the cultural activities on the ancient village site at Whakarewarewa while in Kaikoura, the local Māori tribe operates one of New Zealand's most successful marine wildlife tour companies. 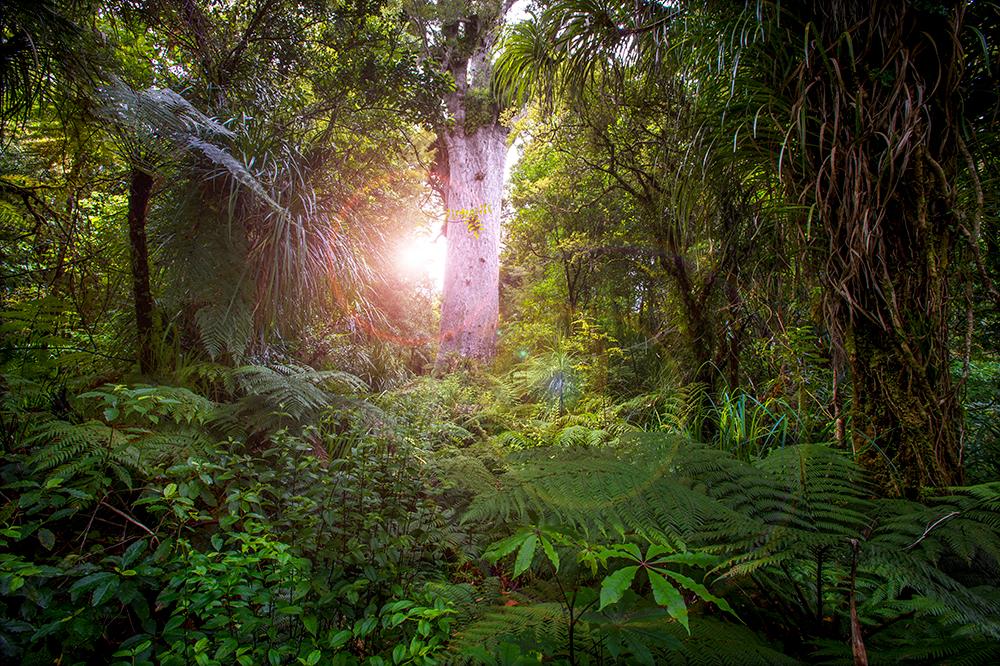 The Waitangi Treaty Grounds are an absolute must-do in the Bay of Islands - rich in history and stories of the momentous events which shaped this nation.

The Waitangi Cultural Performance group ‘Te Pitowhenua’ gives a special introduction to New Zealand’s unique Maori culture. Guests are welcomed with a spine-tingling challenge outside Te Whare Runanga, the carved meeting house. Visitors then enter this spectacular building for a performance of waiata (songs), poi and stick games, Maori weapon display, as well as the famous haka. On the grounds is the Treaty House, a museum, ‘Ngatokimatawhaorua’ the world’s largest carved war canoe (waka taua) and Te Whare Runanga, the carved meeting house.

Tauranga-based Arataki Cultural Trails is a tech start up that combines storytelling and technology to communicate cultural stories to visitors via a mobile app using proximity technology. The Arataki app is available for download on Android and iOS, and the first cultural trail developed was around Mauao (The Mount) which marks the entrance to Tauranga harbour.

The cultural walking trails app, created for an audience that has little knowledge of Māori culture, tells the stories and history of the culturally significant sites around Mauao. It uses simple language, is easy to understand and where possible translations and explanation of Māori words used are provided.

“We see ourselves simply as caretakers who provide a tech-based delivery platform to assist with accurately communicating cultural information,” Lee Timutimu says.

Tāmaki Tours is an extremely successful Māori operation. More than two decades ago, Mike Tamaki had a dream to create an in-depth Māori cultural experience for tourists, but he had no funds. He spent three months trying to convince his late brother Doug to sell his much-loved Harley-Davidson motorcycle to start the company. 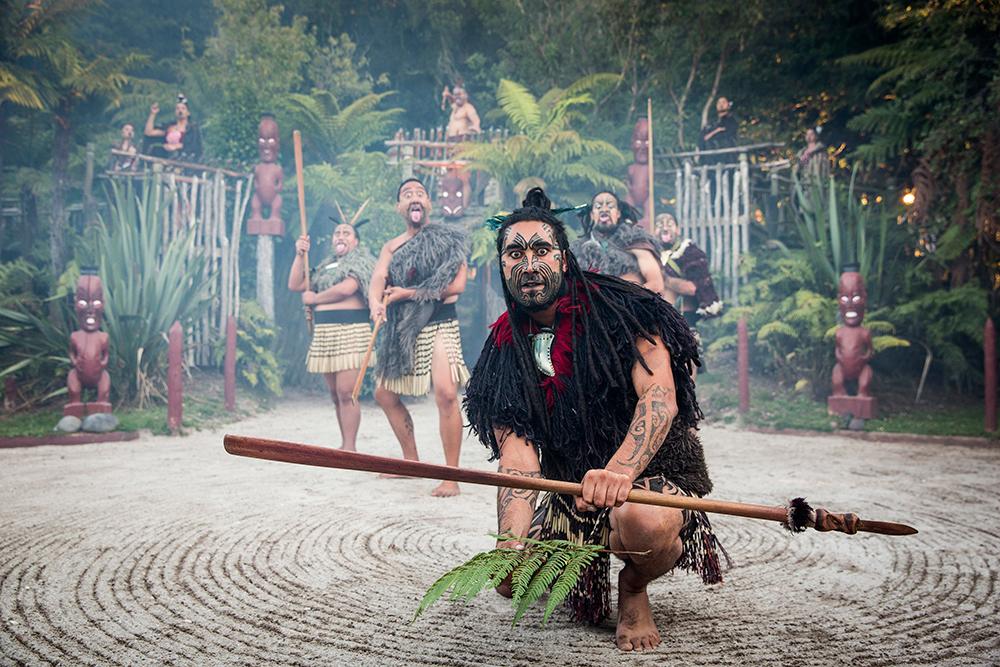 The bike was eventually sold, and Tāmaki Māori Village proved so successful Doug was not only able to replace his Harley-Davidson, but Mike got one as well. Tāmaki Māori Village in Rotorua tells the story of Māori in pre-European times. The experience allows tourists to experience first-hand the cultural values of Māori, their arts and crafts, music and food.

Whakarewarewa Living Thermal Village is a Māori tourism product with a long history on the global stage. It was one of the first places where Māori guides welcomed international tourists to their world.

An authentic, living Māori village set amidst steaming vents and bubbling hot pools, the village tour allows visitors to experience the customs, traditions and way of life of Māori people in a natural environment.

Local Māori regard the Waiora Valley as a wāhi tapu or a site of significance, says Jim. "The valley has historical and cultural importance because it was a main tribal thoroughfare particularly for war parties. The geothermal area also produced heated pools, which were used by Māori for bathing, healing and recreation."

Wairākei Terraces offers a look back in time featuring man-made cascading silica terraces in pinks, blues and whites. Carvings depicting legendary figures of Ngāti T̄uwharetoa provide background into the history and culture of the tribe. Other features include a Māori village, therapeutic spa offer Māori treatments, and Te Kiri o Hinekai Pool, known world-wide as the Honeymoon Pool and recognised for its healing powers.

Robert MacDonald’s mantra is, “If you tell me, I will forget; if you show me, I will remember; if you involve me, I will understand.” His people have lived at Waimarama Beach (45 minutes from Napier, on the North Island east coast) for seven centuries since their arrival on the golden sand beach in the sacred canoe Tākitimu in 1350. His grandfather built the family home 100-plus years ago, and remnants of the tribal fortress Hakikino sit atop a rocky spur.

MacDonald believes in the need to preserve the stories of the past, and that’s what inspired award-winning Waimarama Māori Tours. “Sharing stories with people is the only way we can make sure this little green patch on the coast is safe,” he says. By that he means young people can be employed and trained locally; native flora can be conserved and reintroduced through a native tree nursery; and Hakikino will not become “just another paddock”.

One of Waimarama’s tours is called ‘A Day in the Life of a Māori Elder’. MacDonald’s everyday life and the activities of the community (population just over 1000) shape the day’s schedule. That might include a visit to the tiny local school of around 20, mainly Māori, students; it will certainly involve lunch at MacDonald’s home, where he will introduce guests to his ancestors, whose photos line the walls.

Husband and wife partnership Cameron Ormsby and Hinewai Hawaikirangi are the owners of Napier Māori Tours, a new company which offers eco-cultural tours in Hawke’s Bay. The wildlife estuary tour near Napier aims to showcase the beauty, mystery and cultural importance of this coastal spot.

Hinewai is a descendant of the Ngāti Paarau tribe and a teacher of science and te reo Māori. Cameron is Ngāti Maniapoto from Waikato-Tainui - he is a hunter-gatherer as well as environmental scientist. Together, they aim to provide an intimate and meaningful cultural experience with an emphasis on manaakitanga - hospitality - and kaitiakitanga - environmentalism. 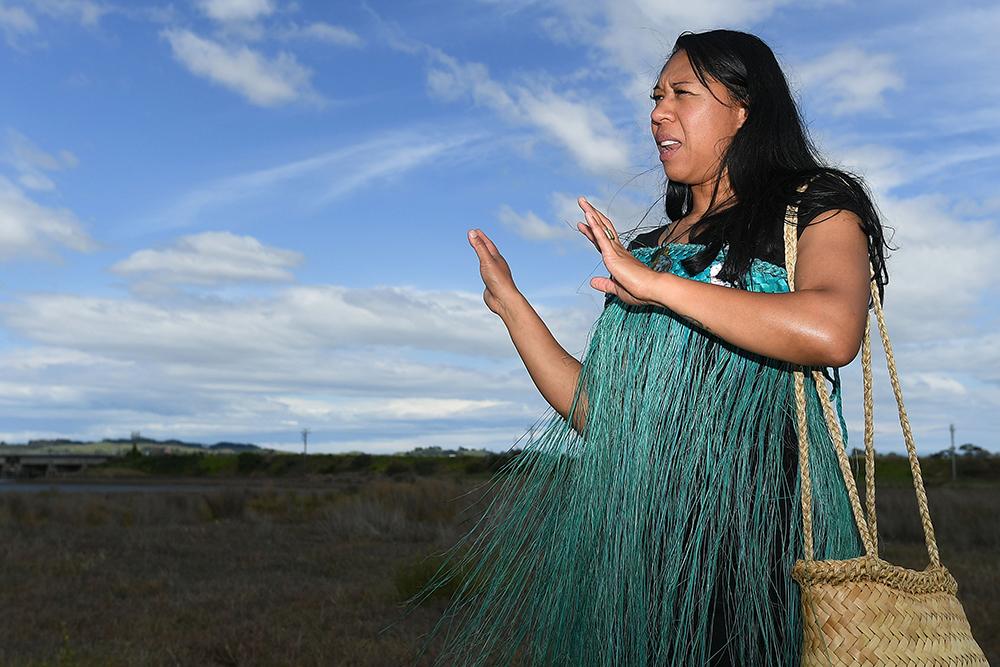 The estuary tours are just one of the company’s collection, and one of its most popular - it is a diverse day out that takes visitors through a traditional greeting ceremony, an exploration of the history of local Māori and their relationship to the estuary, and a showcase of the estuary as an important traditional food source, as visitors help to catch fresh fish and share a feast together at the end.

Kapiti Island is a protected nature reserve, north of Wellington. The island is home to New Zealand’s most endangered and rare birds such as little spotted kiwi, kākako, saddleback and stitchbird.

Kapiti Island Nature Tours is run by Māori guides who interpret flora and fauna, and tell of local history and customs. The business is run by two generations of the Barrett family whose iwi (tribe) and whānau (family) have been living on Kapiti Island since the 1820’s. They work in collaboration with the Department of Conservation, offering birding and nature day tours, as well as overnight stays with night-time kiwi spotting walks.

Whale Watch Kaikōura - on the eastern side of the South Island - is proof of the success of established Maori tourism ventures. Prior to its development in 1987, many local Ngati Kuri people were unemployed and their relationship with the town strained. Ngati Kuri elders decided to take action, so four families put their homes on the line to buy a boat to start a whale watch operation. They went to their tribal authority, the Ngai Tahu Maori Trust Board, to raise funds. 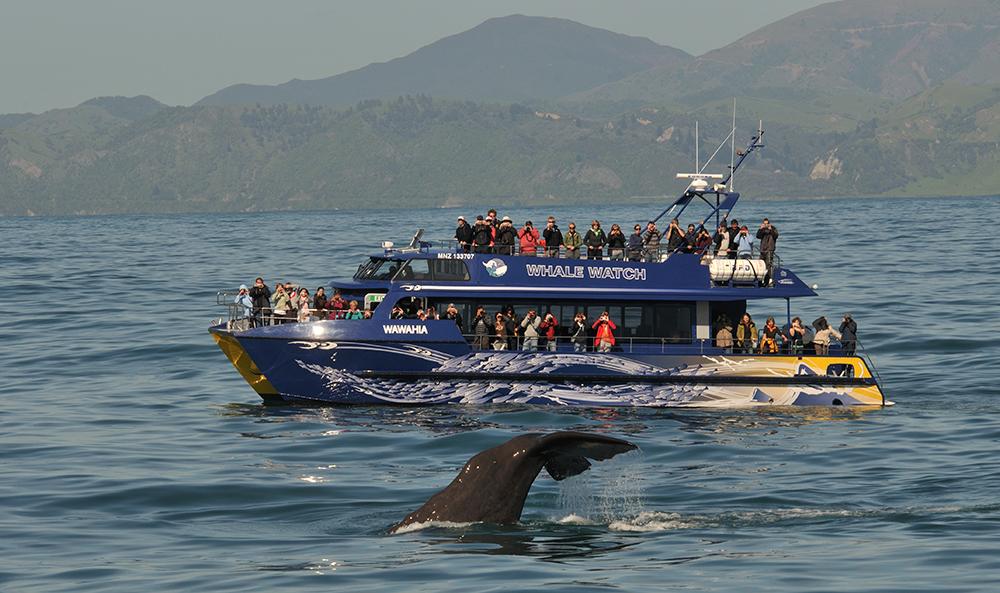 Whale Watch now employs up to 75 people and supports many extended Māori whānau (families). Whale Watch Kaikōura has won many awards, including a gold award from the Pacific Asia Travel Association, the British Airways Award for best eco-tourism venture and the Green Globe Achievement Award in Berlin for distinction in tourism.

Ulva Island is an open sanctuary located in Stewart Island’s Paterson Inlet. Its restored forest and lack of predators make it a safe environment for many rare birds and plant species which the public can see at close quarters.Ulva Goodwillie, who was named after the island and is a descendent of the first Māori on Stewart Island, offers guided walks on Ulva Island. She teaches people about the native flora and fauna from a Māori perspective.