Tucked in the Yellow River Valley, the supposed cradle of Chinese civilisation is Henan. Unknown to many, this inconspicuous province is brimming with impressive historical landmarks, stunning gorges and valleys, and amazing displays of China’s heritage! If you’re planning a trip to China but would rather stay away from the hustle and bustle of metropolitan Beijing and Shanghai, Henan is the place for you.

Here’s a 6D5N itinerary to help you see the best that Henan has to offer!

Begin your trip in Luoyang, one of the Great Capitals of Ancient China! Kickstart your trip at Longmen Grottoes, home to tens of thousands of statues and carvings of the Buddha and his disciples from the Tang Dynasty! Admire the scenic natural environment and over 60 Buddhist pagodas too. You can spend a few hours wandering through this magnificent maze of caves and snap away. 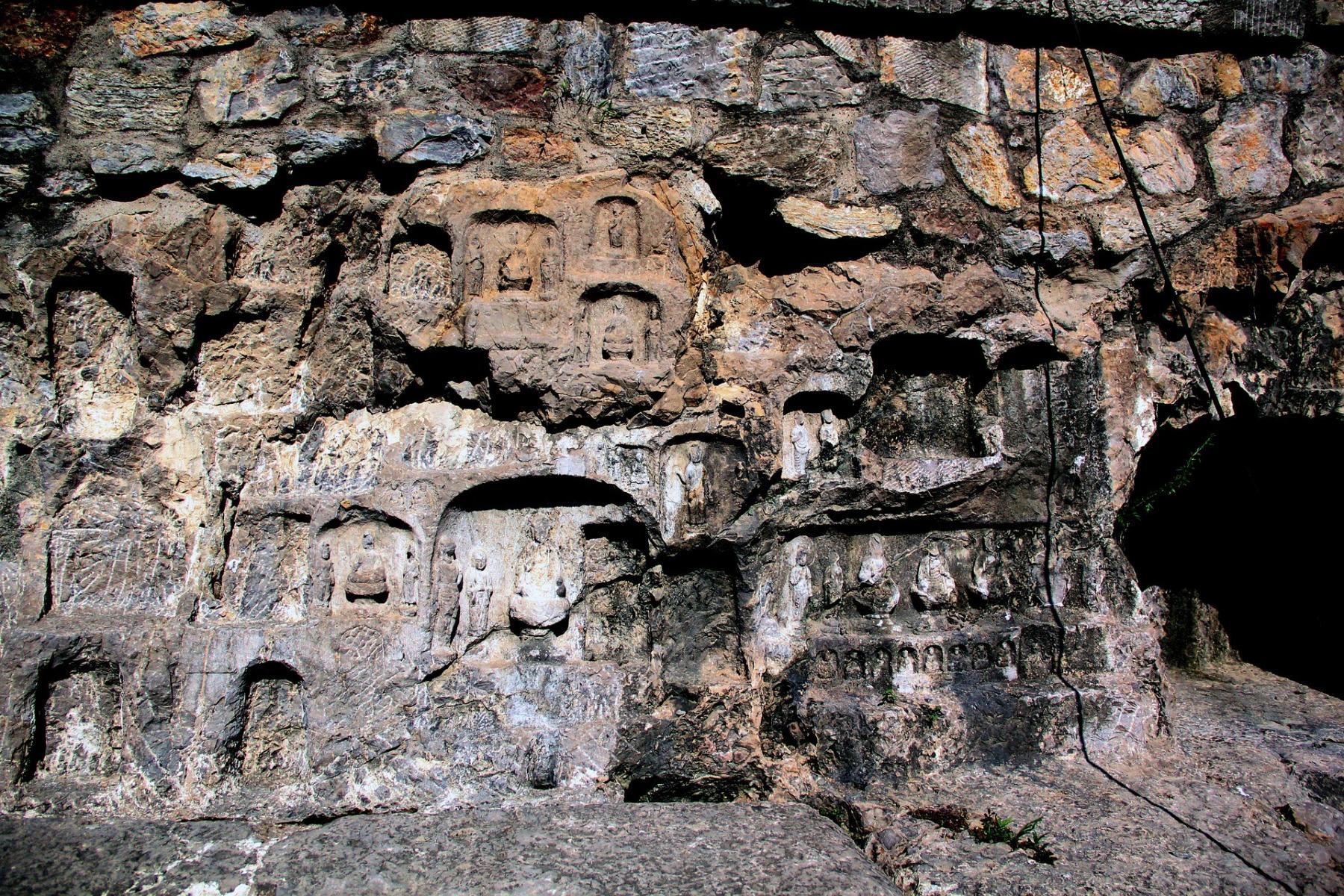 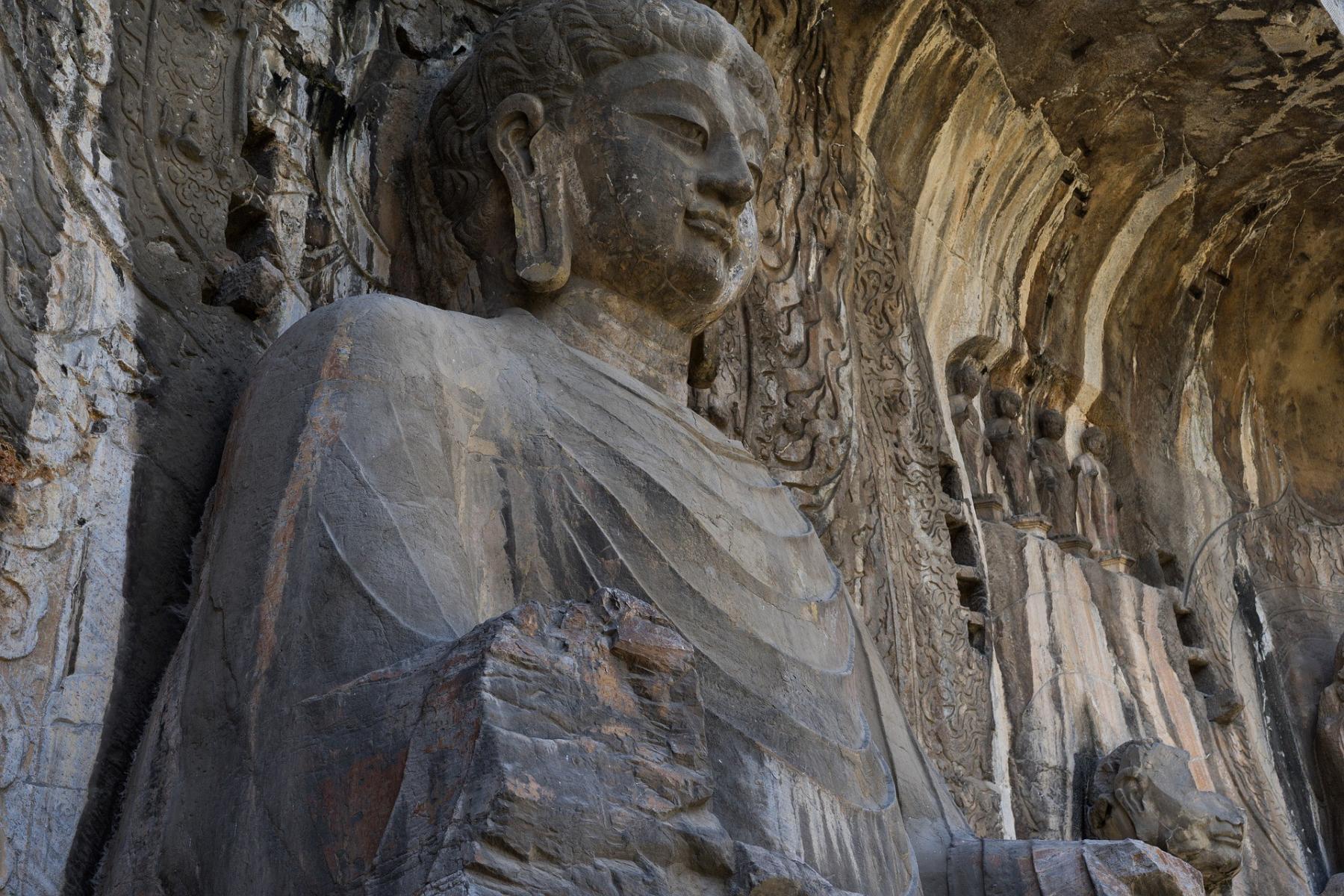 Then, head to White Horse Temple (Bai Ma Si). According to tradition, this is the first Buddhist temple in China, established in 68 AD. Its vibrant red exterior belies a site of utmost solemnity and tranquillity. As you explore its numerous halls and courtyards, you’ll find impressive stone and clay sculptures, intricate architectural designs and imposing staircases and gateways. 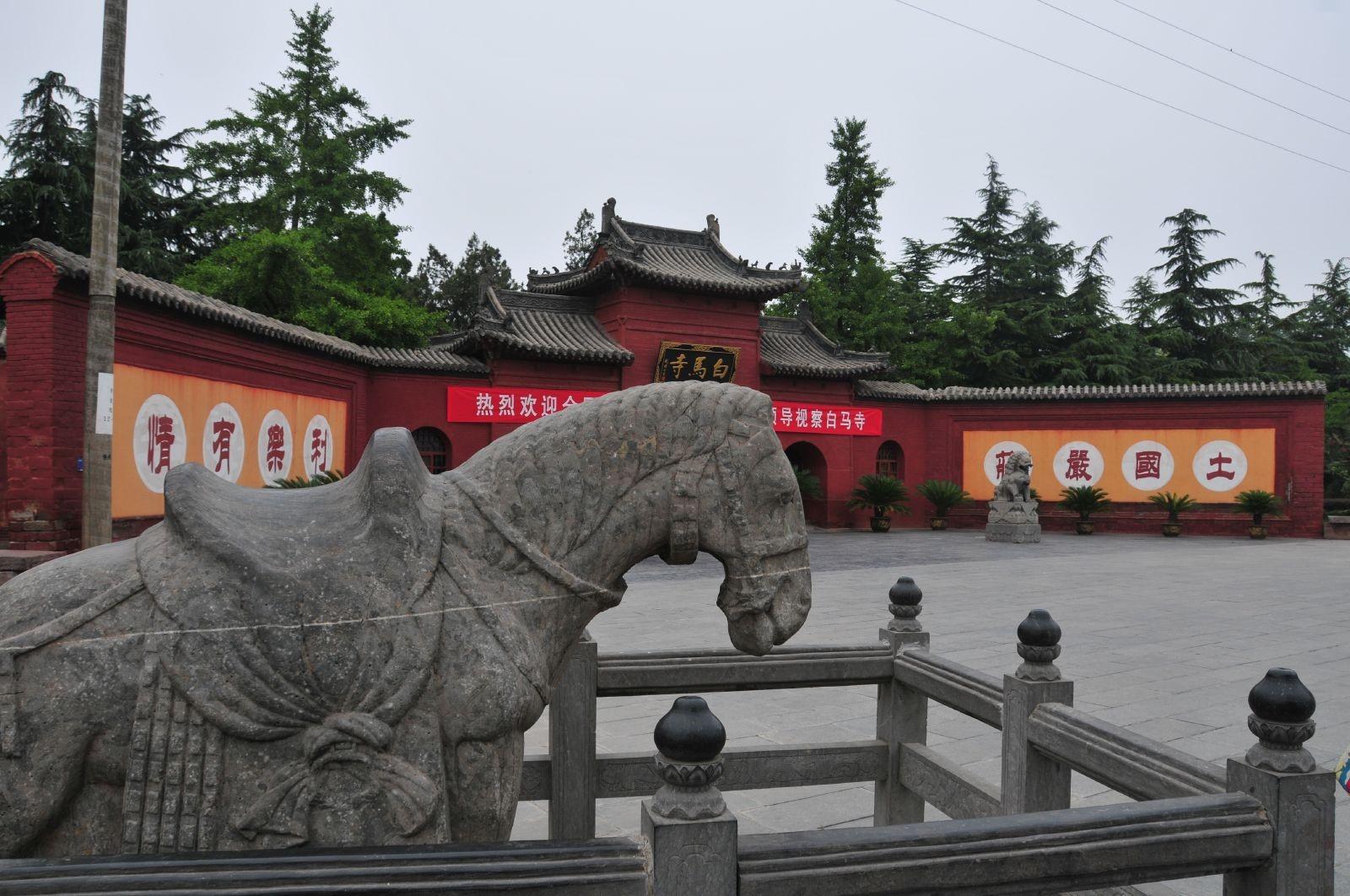 All in all, if you take your time to explore and appreciate the cultural and historical significance of these monuments, they’re enough to occupy you for the day.

If you want to squeeze in another attraction, check out Luoyang International Peony Garden, especially if you’re there between April and June! From April to May, the garden is a riot of colour as the peonies are in full bloom, white roses and blue irises are in season from May to June.

End your day with a traditional Luoyang Water Feast that includes 24 dishes accompanied by different soups to get a taste of the best of the local cuisine!

It’s a good idea to get up early to catch a morning bus ride (about 2 hours) to Dengfeng city! The famed Shaolin Temple on Songshan (Song Mountain) is a must-see. You’ll be greeted by a spectacular view of Dengfeng’s forested hills at the entrance. Be wowed by insane stunts performed by students from nearby Shaolin kungfu schools at the popular 30-minute kungfu showcase, and get up close with historical artefacts! 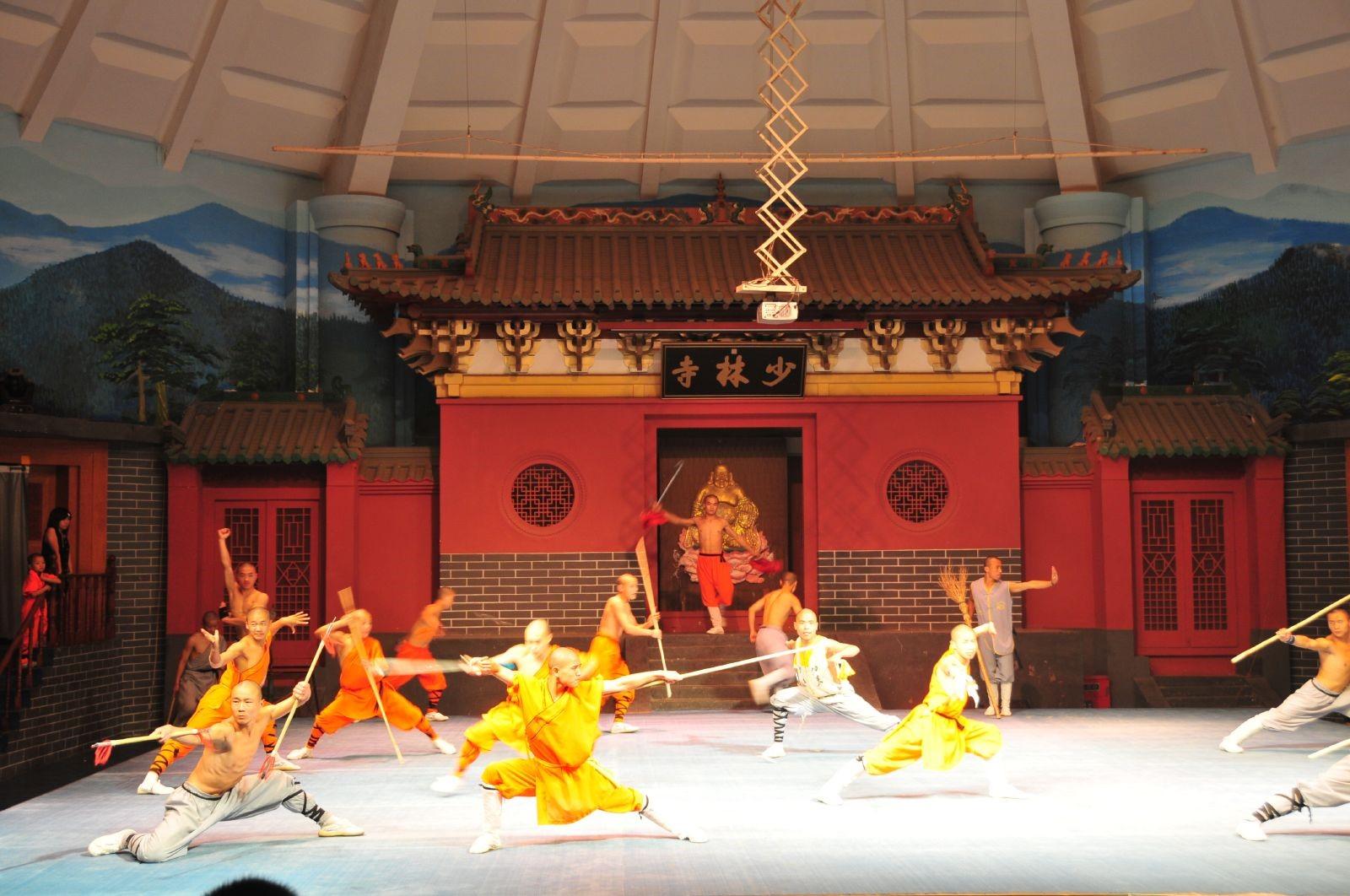 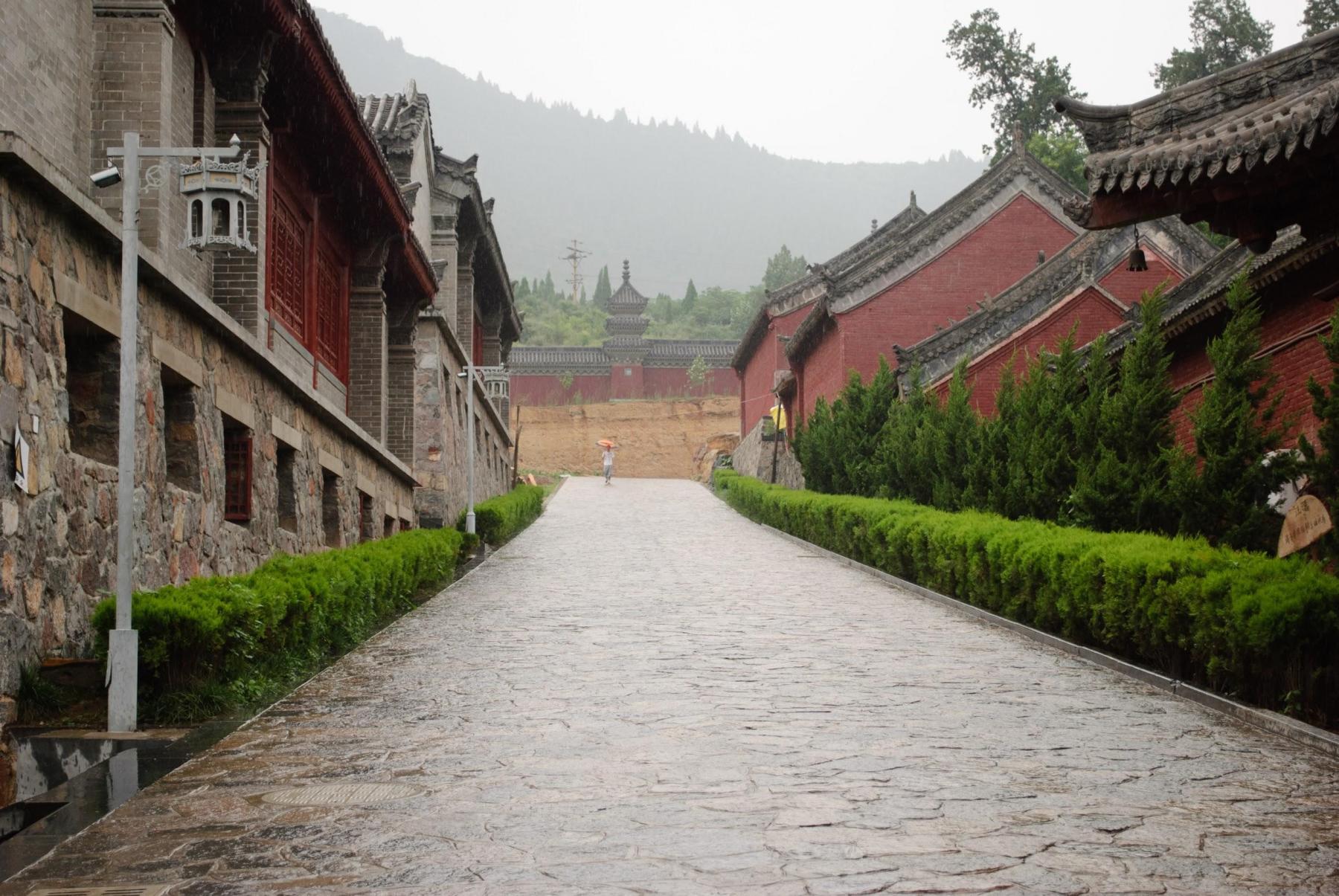 It should be about time for a late lunch by the time you’re done immersing yourself in the wonders of the temple. The nearby Yongtai Temple Vegetarian Restaurant, with a long history of serving up wholesome vegetarian dishes, is a great place to go for a refreshing meal.

The Pagoda Forest at Shaolin is captivating as well, so head over there next! Each of the 250 pagodas is made of stone and brick, and is between 1 to 7 storeys high, marking the burial site of an influential Shaolin monk or abbot. The variety of styles and shapes of the pagodas, coupled with carvings and inscriptions providing detailed information on the monk it honours, makes the forest a truly intriguing sight. 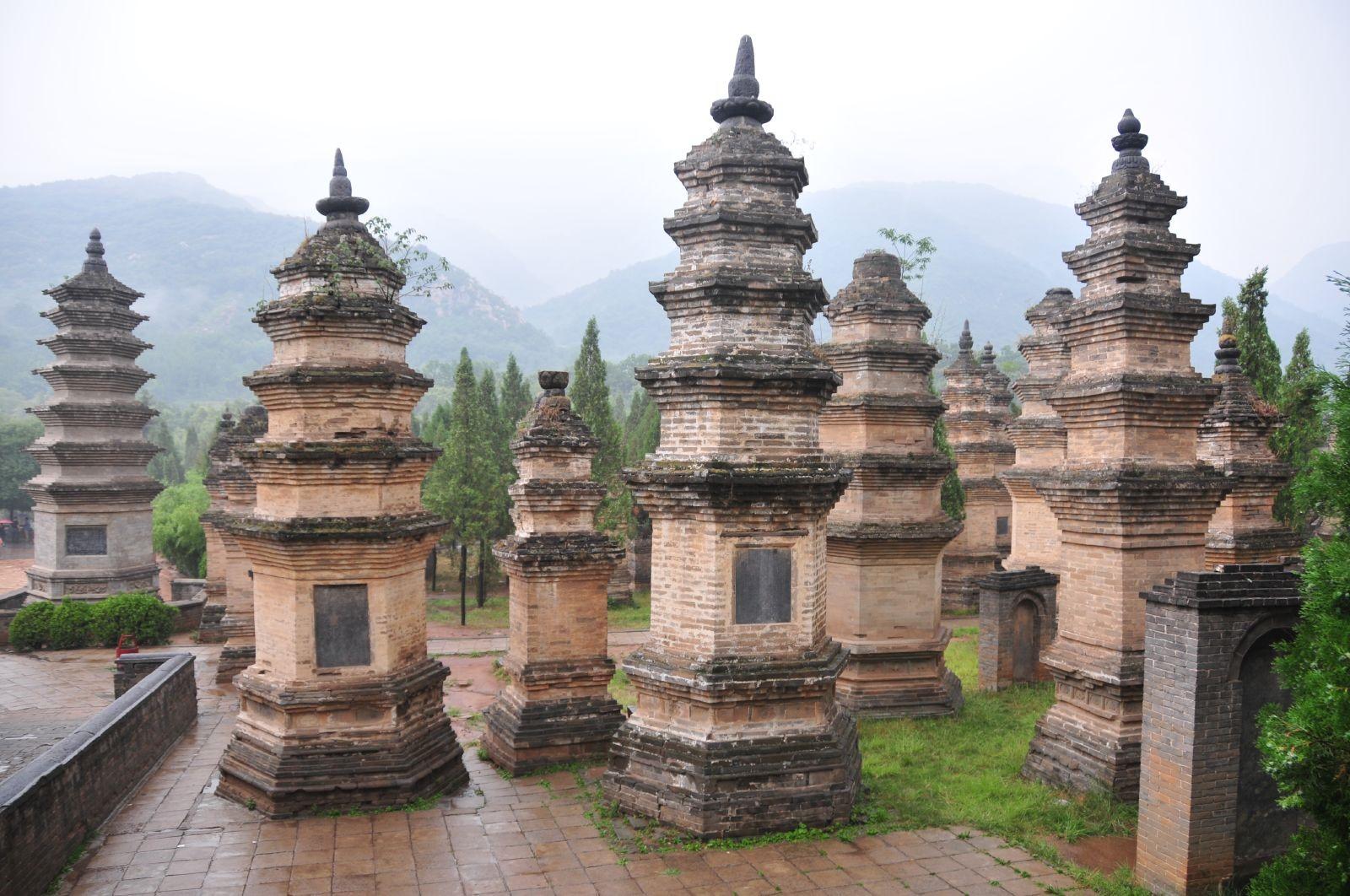 For dinner, New Century Hotel at the foot of Songshan serves a hearty buffet and a good selection of Chinese food. Then, travel back to Luoyang for a good night’s rest in preparation for the next day’s adventure!

Catch the 9am bus from Luoyang’s Jinyuan Bus Station straight to Yuntaishan (Yuntai Mountain) in the neighbouring town of Jiaozuo. 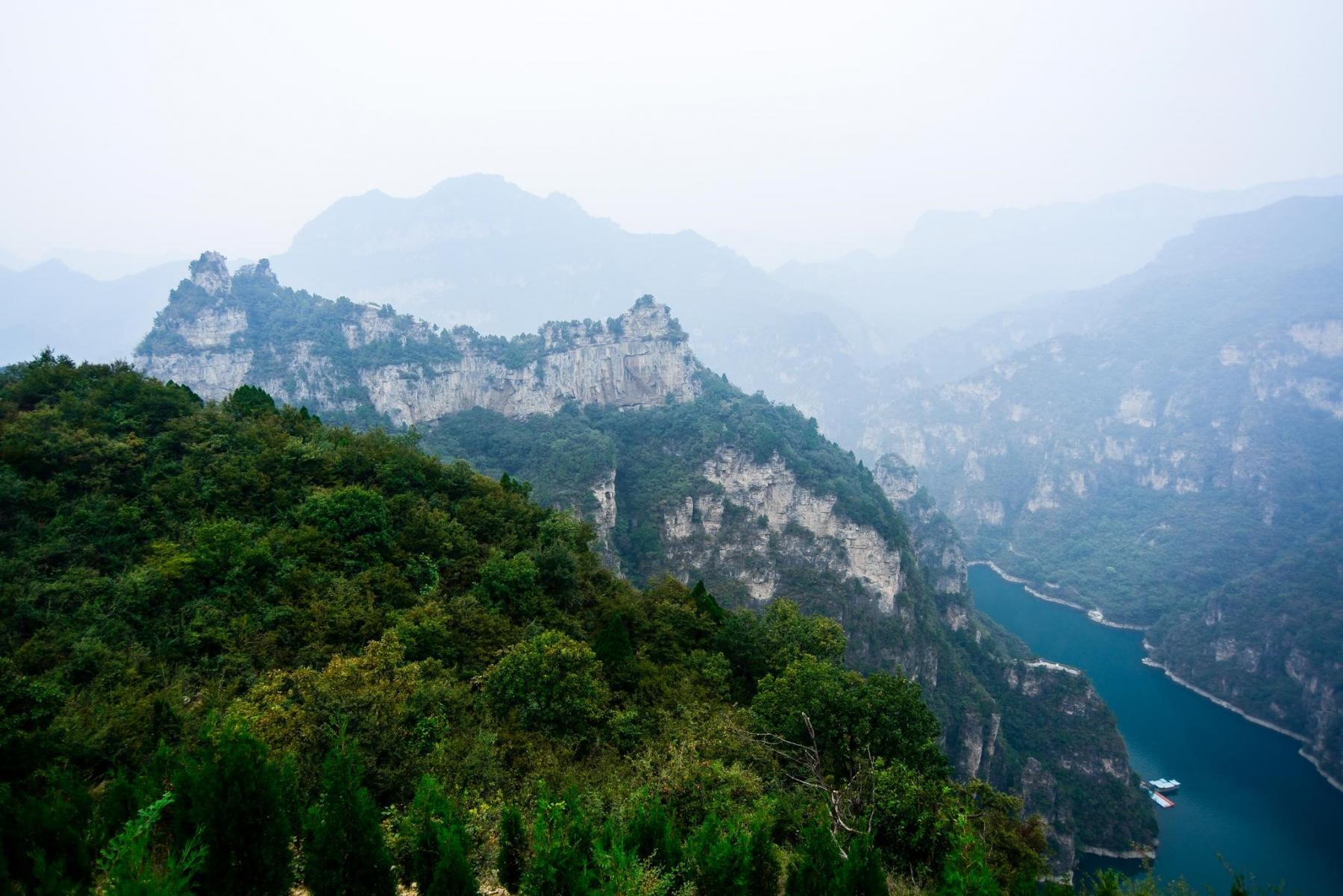 Get postcard-perfect snapshots from the top of Red Stone Gorge, and then descend a treacherous-looking path down to the cliff wall and entrance of the gorge. Quench your thirst from all that exercise with fresh spring water, before continuing on your hike along the winding paths across natural stone bridges, with amazing mountain scenery to boot!

Xiaozhai Valley Square, marked by a gate entrance, is full of shops, souvenirs and restaurants where you can take a lunch break. You can even watch a half-hour Tai Chi performance and learn a few moves at the end of it! 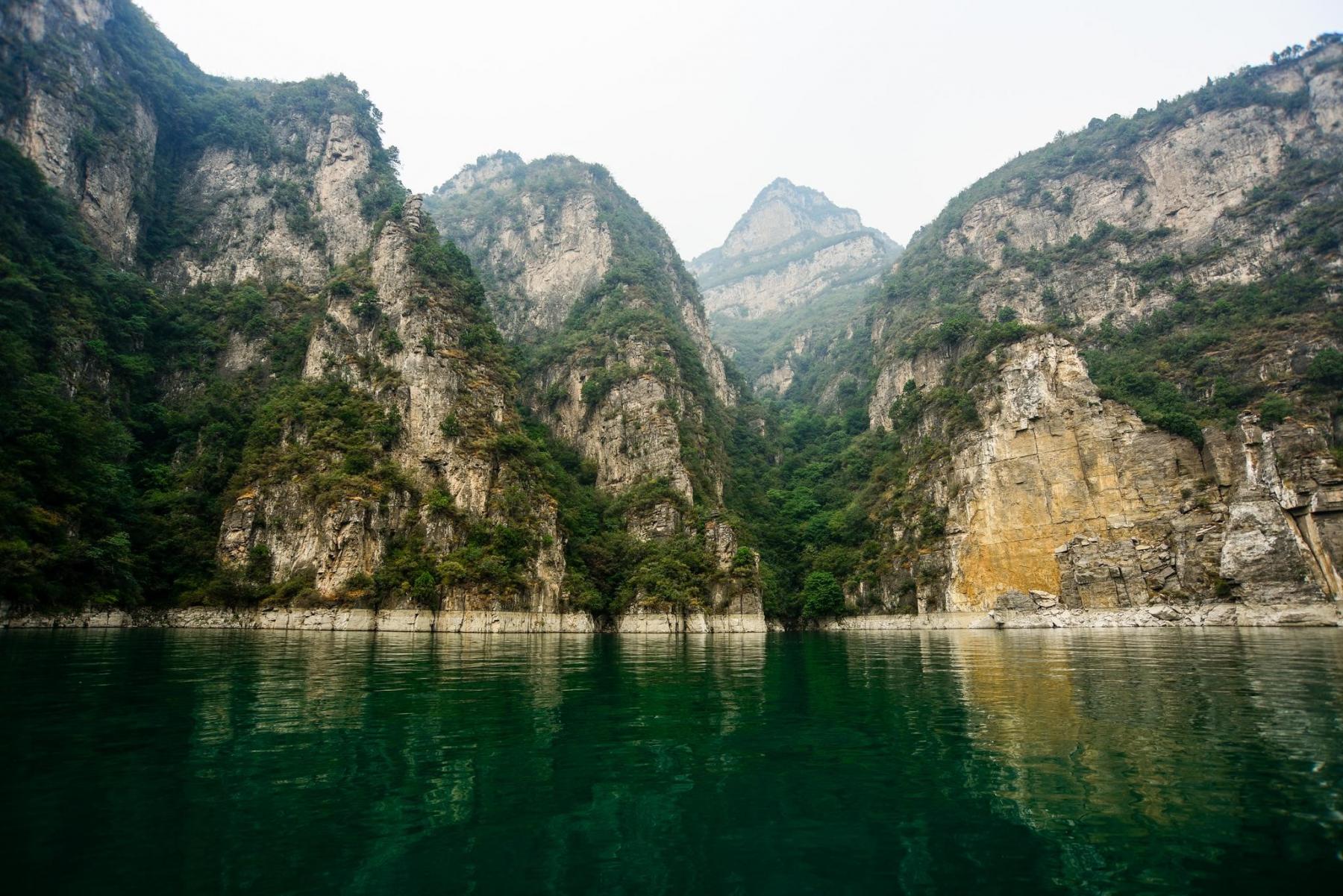 Last but not least, visit Macaque Valley – Yuntaishan has plenty of wild macaques, but tamed and trained ones put on an adorable performance with their trainers! If you’re up for a challenge, you can hike 3000 steps up to Zhuyu Peak as well, which stands at 1308m high.

When you start feeling famished afterwards, we recommend a tasty, filling dinner of beef noodles at Xiaoguanzi Xiangu Beef Noodles in Jiaozuo, along Jianshezhong Road.

One of China’s ancient capitals, Kaifeng is to the east of Jiaozuo, the two being separated by Zhengzhou. The easiest way to Kaifeng from Jiaozuo is by train.

First, go to the Memorial Temple of Lord Bao, built in honour of Bao Zheng, a famous official in the Song Dynasty period known for his wisdom and fairness. The temple is filled with books and relics that demonstrate Bao Zheng’s righteousness. 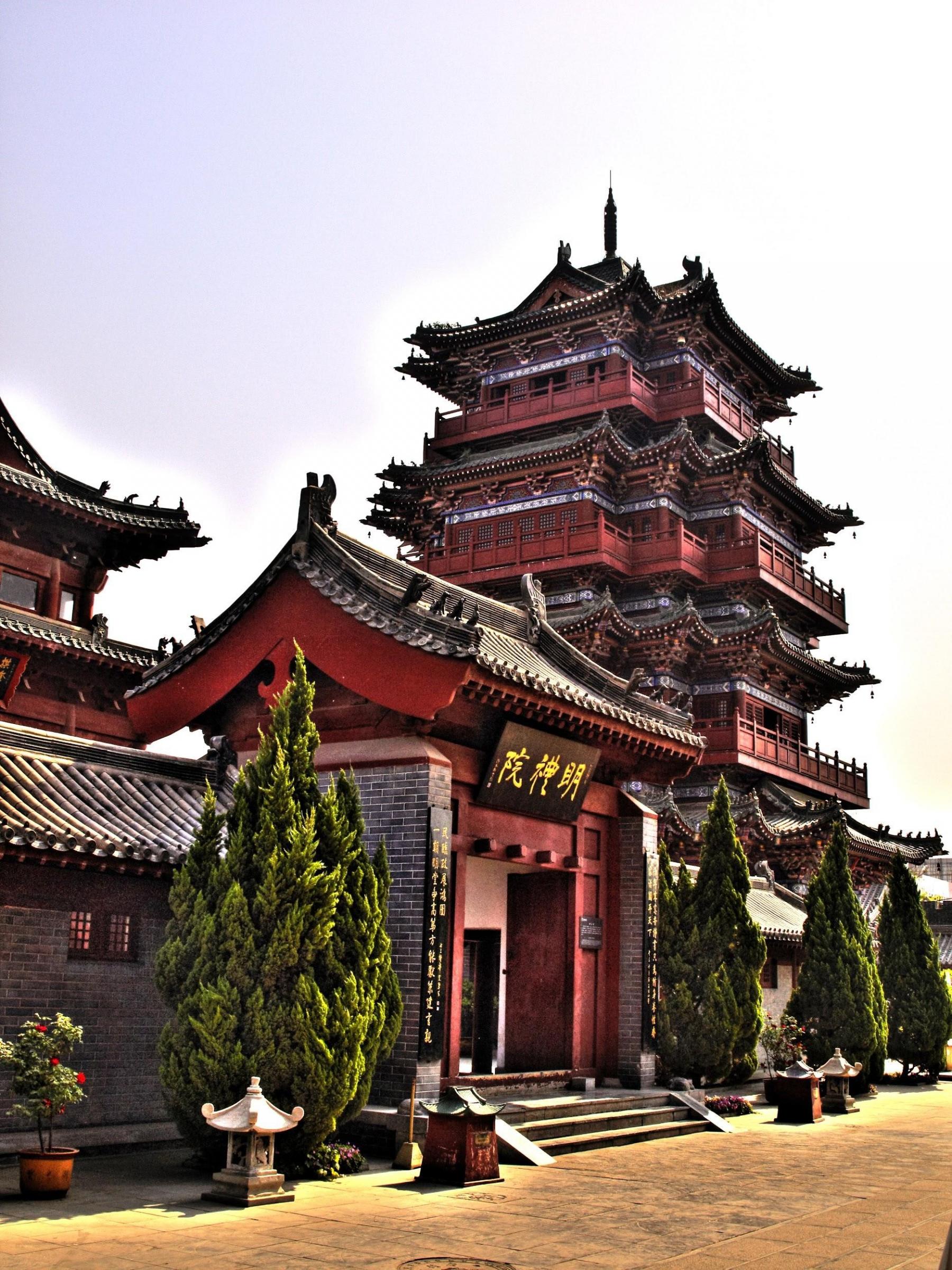 Next, have some fun and experience the culture of Song Dynasty at Millennium City Park! It’s the real-life version of a famous painting by artist Zhang Zeduan. Tea houses and shops selling artwork and handicrafts are interspersed with live performances like contortionist and fire-eating acts! 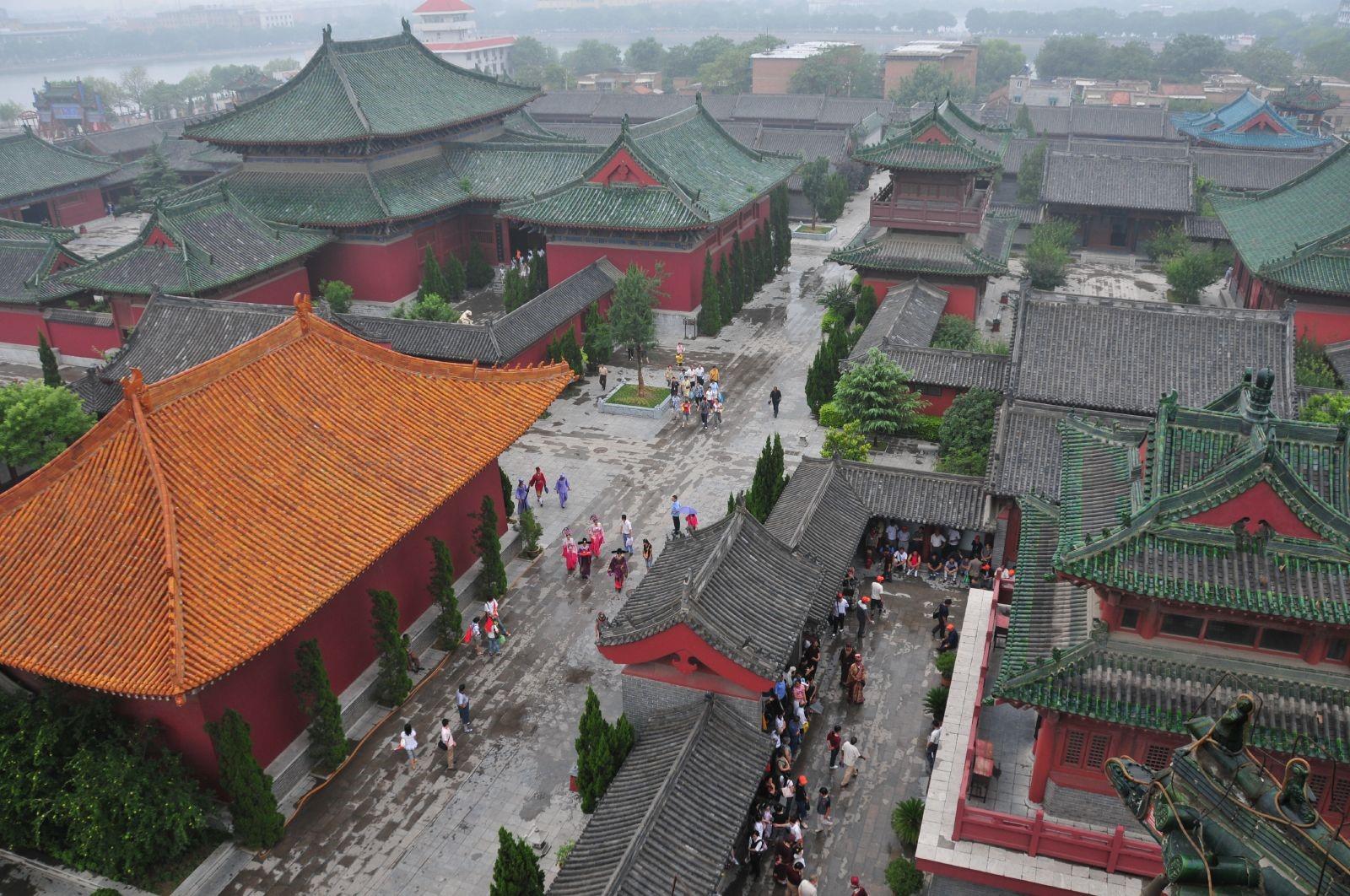 Beside the park is Qi Sheng Qiao, a tourism strip where you can eat and shop.

When night falls, be sure to pay a visit to Drum Tower Night Market, China’s first night market, famous for its specialty snacks! If you’re brave, try some cicadas which are a Kaifeng delicacy, or the popular chou dou fu (smelly tofu) served with chilli and a thick, flavourful sauce. You can also get fried noodles, seafood and barbecued Chinese ‘kebabs’! Get yourself some accessories or souvenirs from the other stalls as a memento of your trip!

The Yellow River Scenic Area of Zhengzhou, a large park, is accessible via a 45-minute train ride from Kaifeng Railway Station followed by an hour on tourist bus line 16. The mighty Yellow River is known for its strong current and is literally the riverbed of Chinese civilisation, so it’s worth a look! 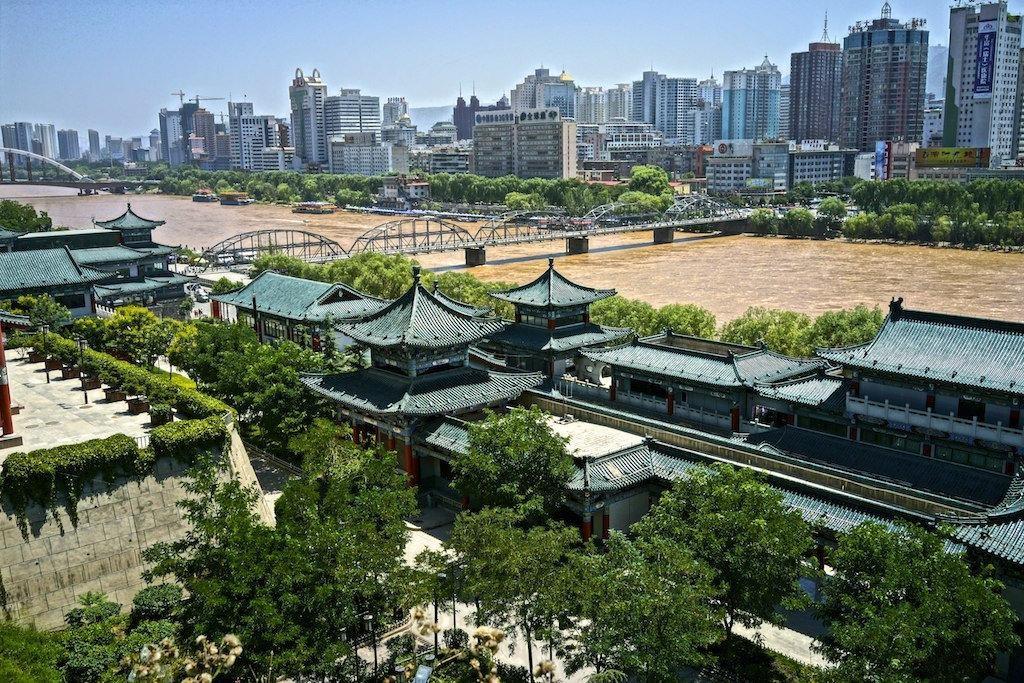 The Five Dragons Peak is probably the most worth seeing of the five ‘scenic spots’ encompassed by the Yellow River Scenic Area. Jimu Pavilion on the peak gives you an incomparable view of the Yellow River gushing below, and the scattered pavilions that give some colour to the mountain range.

You’ll also see, facing the river, giant stone statues of Yandi and Huangdi – legendary kings generally regarded as the first ancestors of the Chinese people. These formidable figures are sure to instil awe in you. 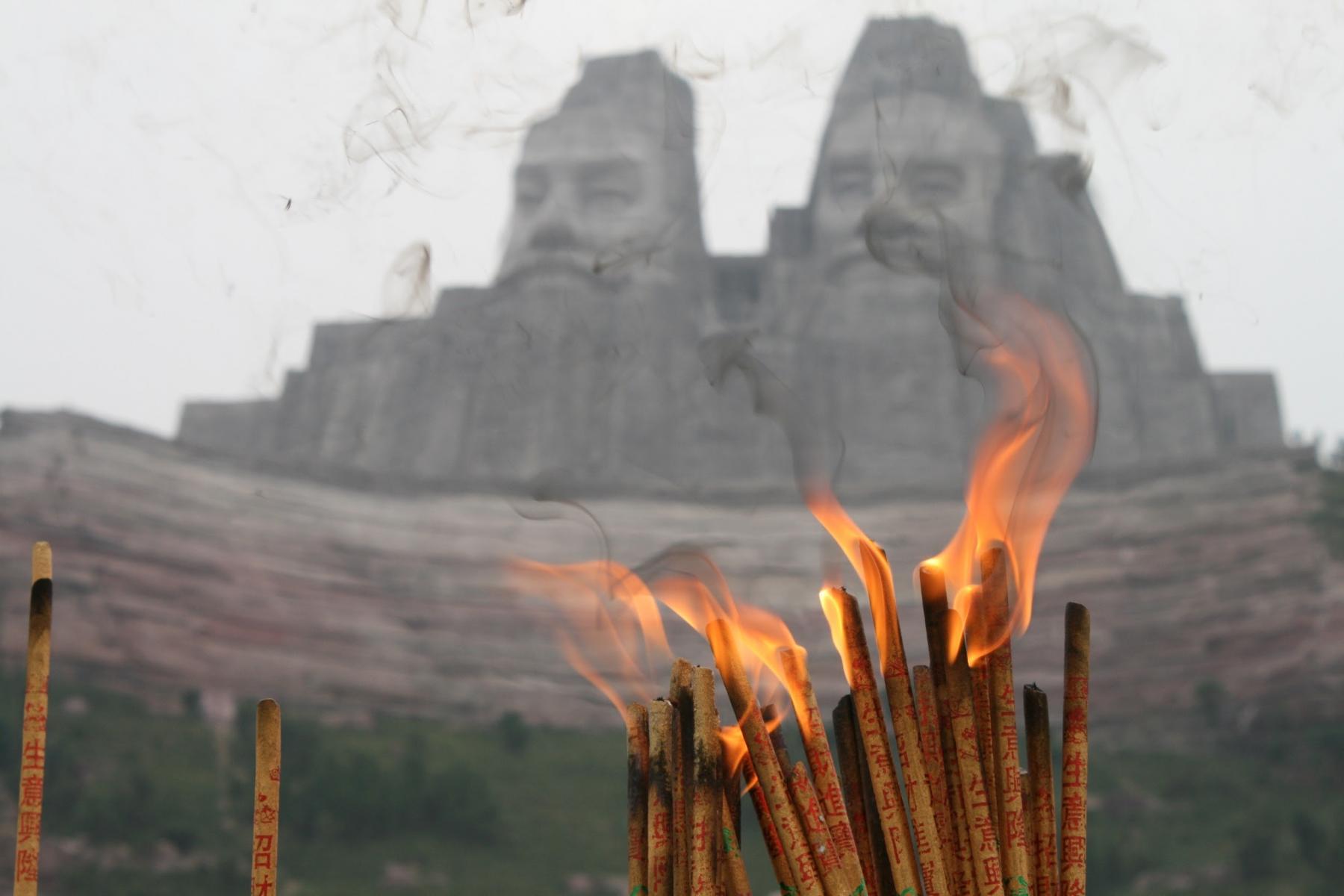 The whole area is dotted with statues, buildings, temples and scenery. Be prepared to walk long distances between main attractions! If not, you can hop on and off the shuttle buses which take you to and from stations within the park.

A few hours here would suffice, after which you can head to Zhengzhou Railway Station for a quick lunch before experiencing a ride on China’s sophisticated high-speed rail (HSR) that will take you to Xi’an. 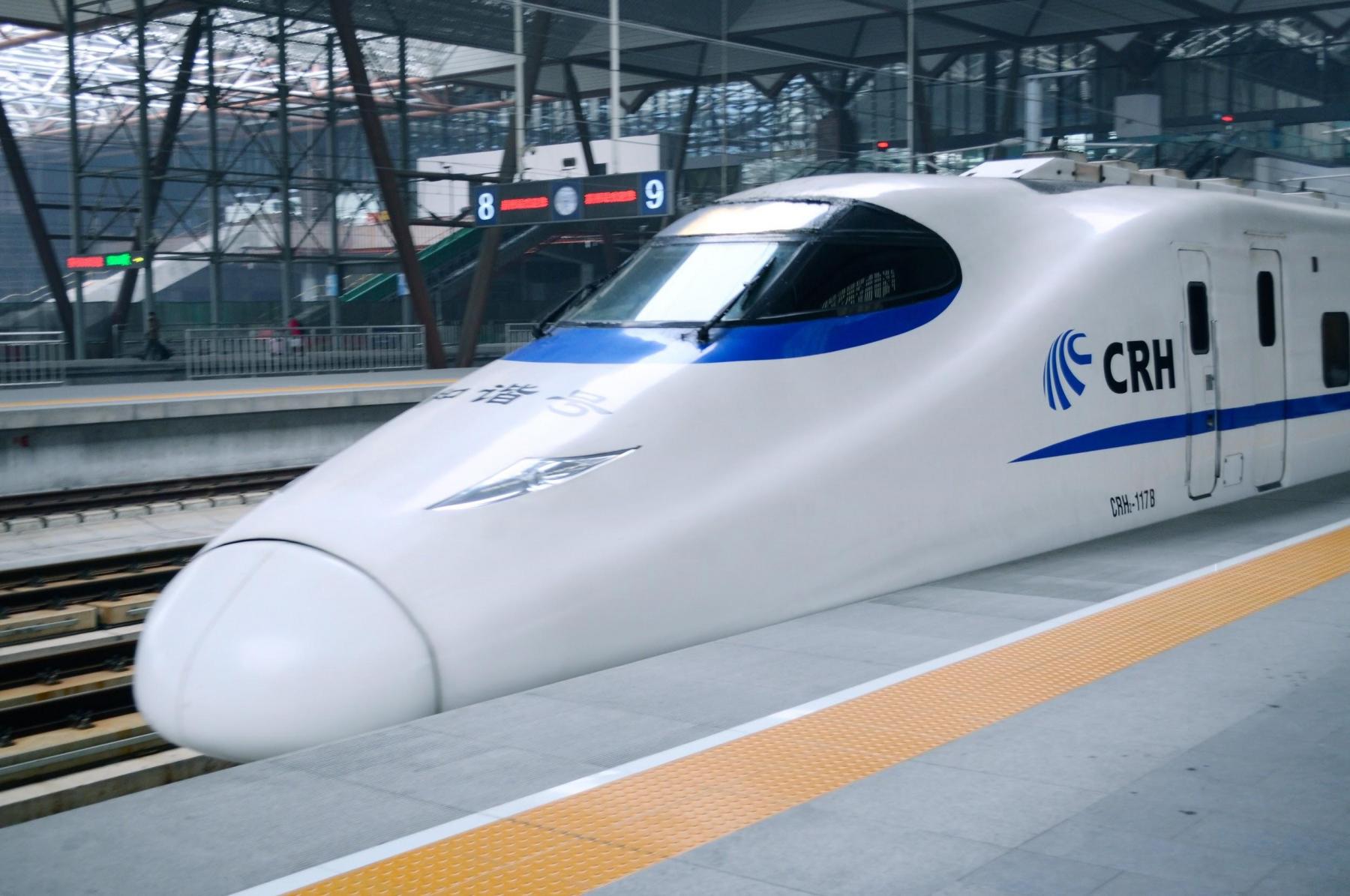 The ride to Xi’an can take up to 3 hours, but not to worry as the HSR cabins are exceedingly comfortable! Upon reaching Xi’an, have a warming meal of hot and sour dumpling soup at Dengjia Restaurant on Fen Lane.

A trip to Xi’an is not complete without seeing the legendary terracotta army of Qinshihuang, leader of the Qin Dynasty, and arguably China’s most notorious emperor. 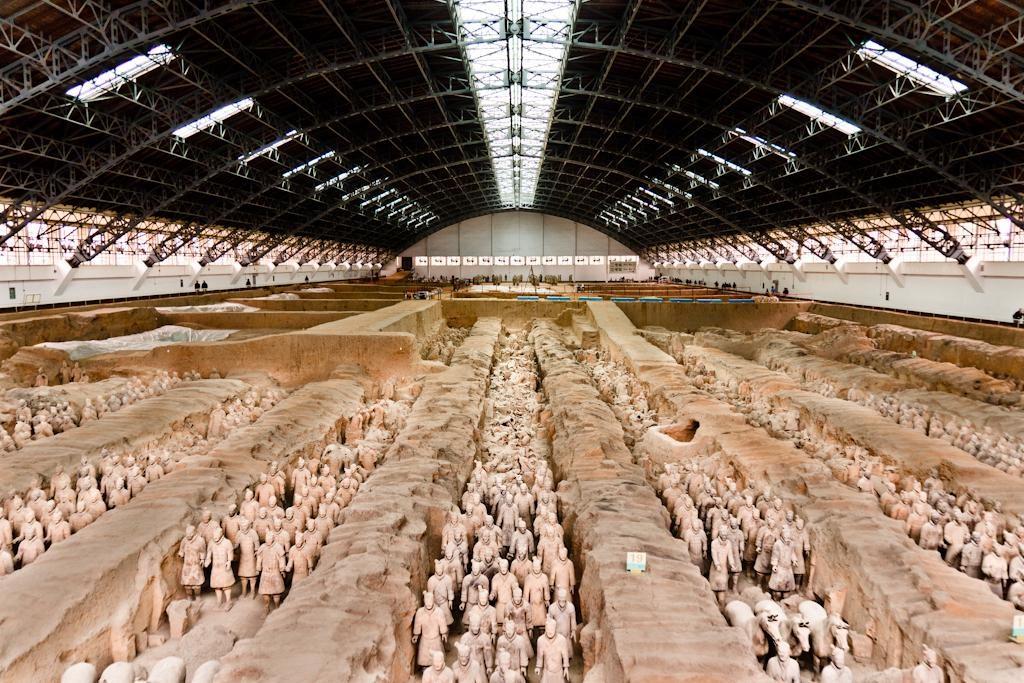 At the Terracotta Army museum, it’s best to get yourself a museum guide to walk you through the different pits where the warriors are positioned, as well as the magnificent exhibition of bronze chariots! Built around 200 BC, the army includes more than 8000 life-sized soldiers, horses, and chariots. And here’s a fun fact: no two soldiers are identical!

You can also visit the mausoleum of Qinshihuang and the archaeological site where the terracotta warriors were found buried with him! 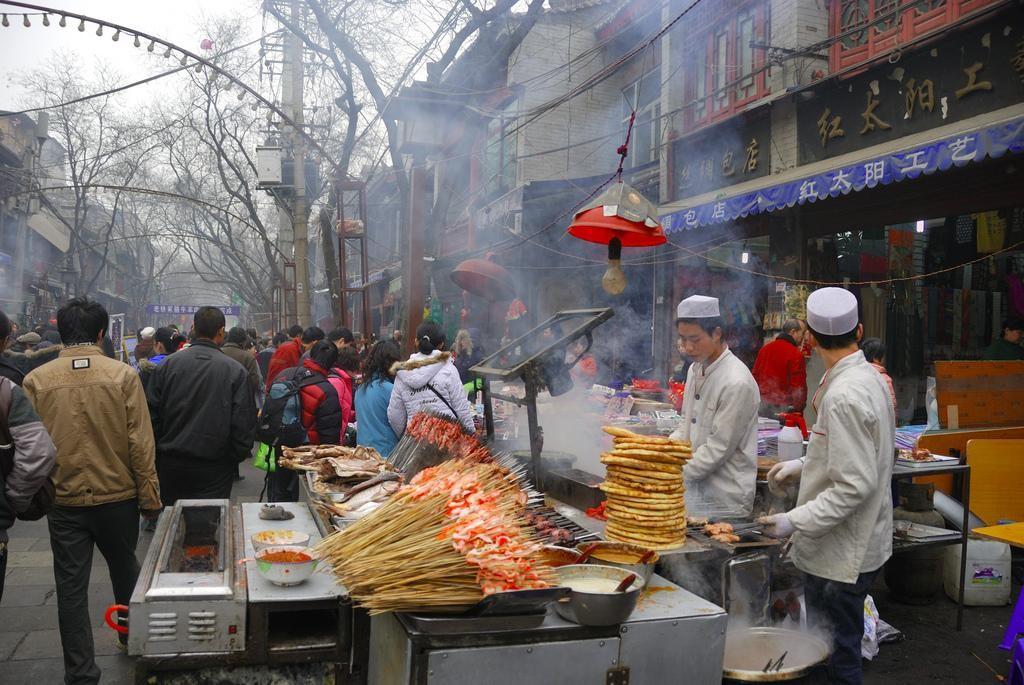 The Great Mosque of Xi’an is also an interesting landmark, where you can truly see the influence of the ancient Silk Road trading route on the city’s demographics and culture. Thereafter, savour local fare at the Muslim Quarter: persimmon doughnuts, kebabs with spicy mala sauce, and hand-pulled noodles are just some of the delicious things you can enjoy!

Indeed, Henan is a province full of cultural and scenic splendour! So if you want to experience and appreciate China’s history and grandeur, Henan is the place to be.